March of the Invincibles

Battles raged across the mining facilities of Jiyuan, mercenary forces under leadership of the local Ikari Company seeking to oust the StateEmpire from Novyy Bangkok. Given the presence of the Shasvastii on the asteroid, this attempt to push out those charged with investigating alien infiltration was alarming. But, to Gao Wen, officer of the Daoying Operative Control Unit, there was a silver lining to this development: investigation was the expertise of Party officials and the Imperial Service, but taking to the battlefield against the alien invaders, wether they advanced through the jungles of Paradiso or sent human agents on the attack among the asteroids of the Human Edge, THIS was work that called for Yu Jing's Invincibles.

Preliminary intelligence reports had identified cameras and an ex-Aristo amongst the approaching enemy forces... the Foreign Company, surely, making commercial entertainment out of military action. Showmanship was another matter that was best left to the Party, but Gao would at least see their episode had a clear and disappointing conclusion. 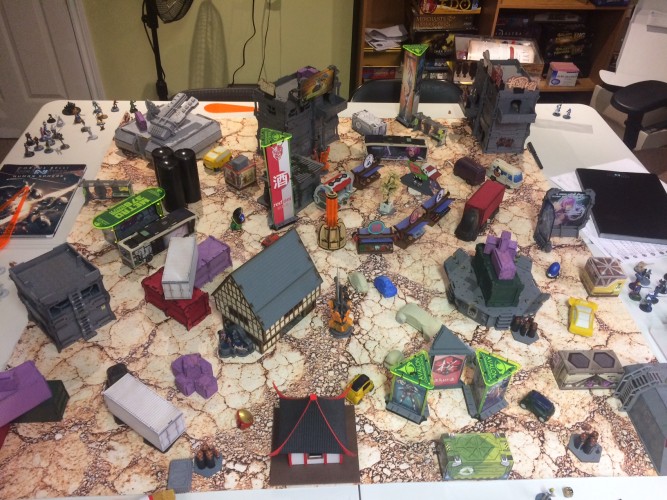 The battlefield, a scenic section of operations control structures looking over the lip of the Jiyuan boardgame pit mine. 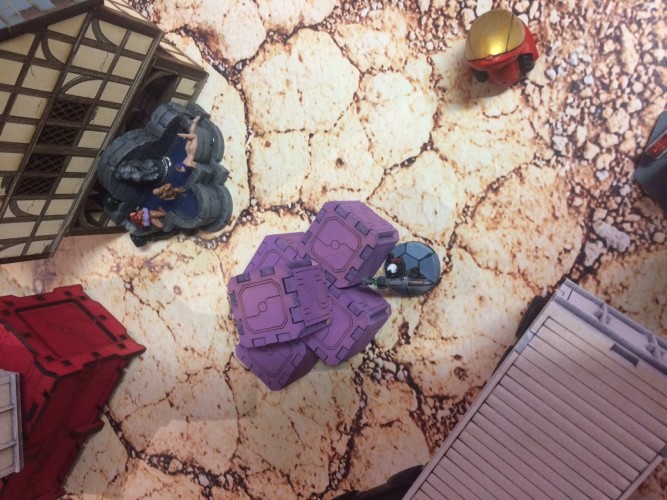 A Hac Tao takes position, concealed by thermo-optic camouflage, in preparation for an opening strike. A crowd of nearby bathers, enjoying the famous Novyy Bangkok open-air hot spring, pays no heed. 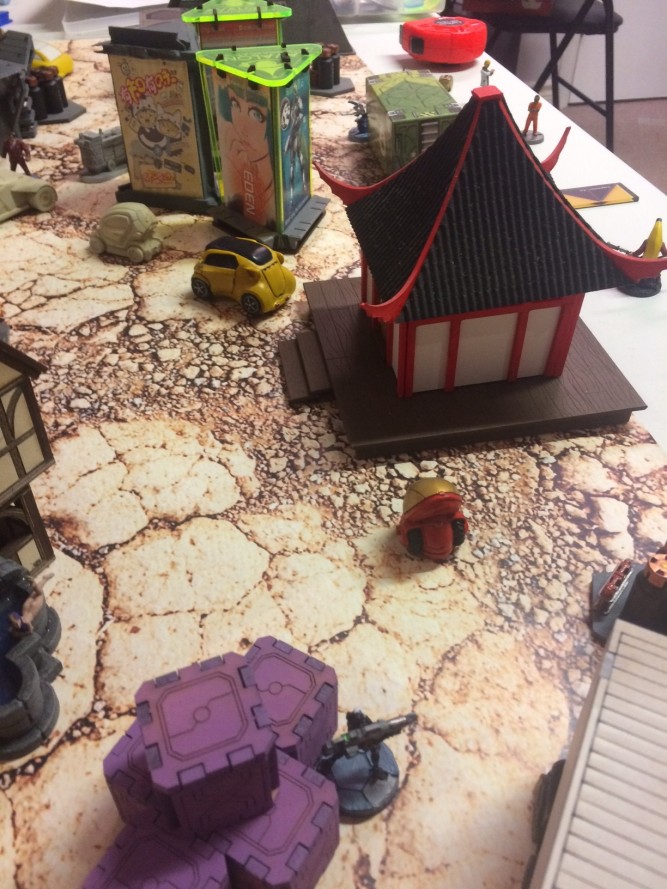 Having secured the first move in the engagement, Daoying Gao laid plans to open with an all-out assault. The mercenaries had positioned a linked ORC Feuerbach overlooking any approach by her own Invincible fireteam, and needed to be dealt with. The solution was to call upon a missile launcher armed Hac Tao, who launched a surprise barrage into the rear of the enemy team, felling their doctor Avicenna and their Aristo Valkrie, though the other team members were positioned out of reach, and engaging a MULTI sniper Zero overlooking the field. 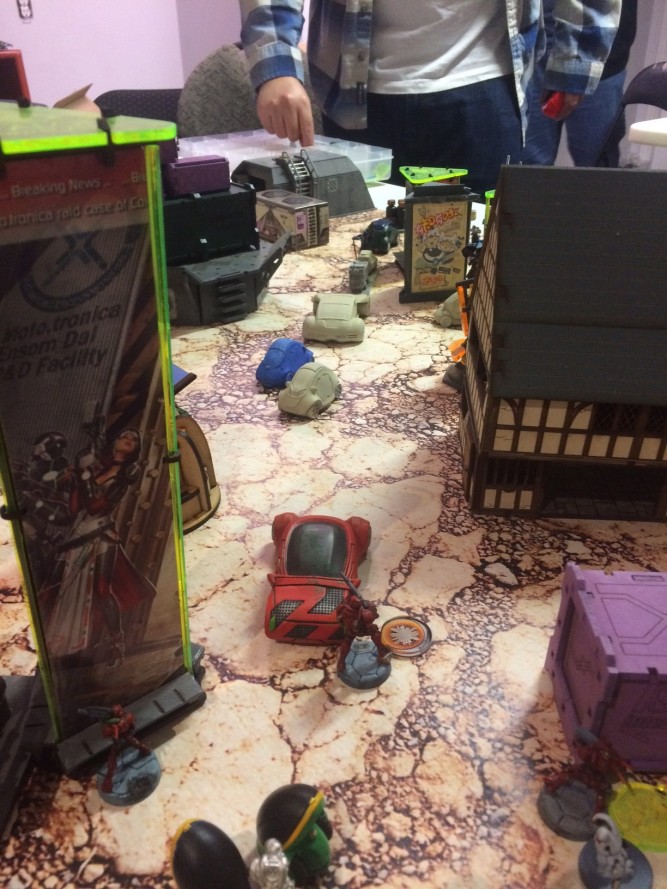 The Invincibles then attempted to advance, in hopes HMG fire could fell the threat of the Feuerbach, only to find the Warcor camera crews accompanying the foe were ready to engage in the most heinous of all war crimes, the flash pulse, stunning the Zuyong before the task was done. It fell to the Haidao with MULTI sniper rifle to finish the task, while the other members of the Team advanced towards the board centre. 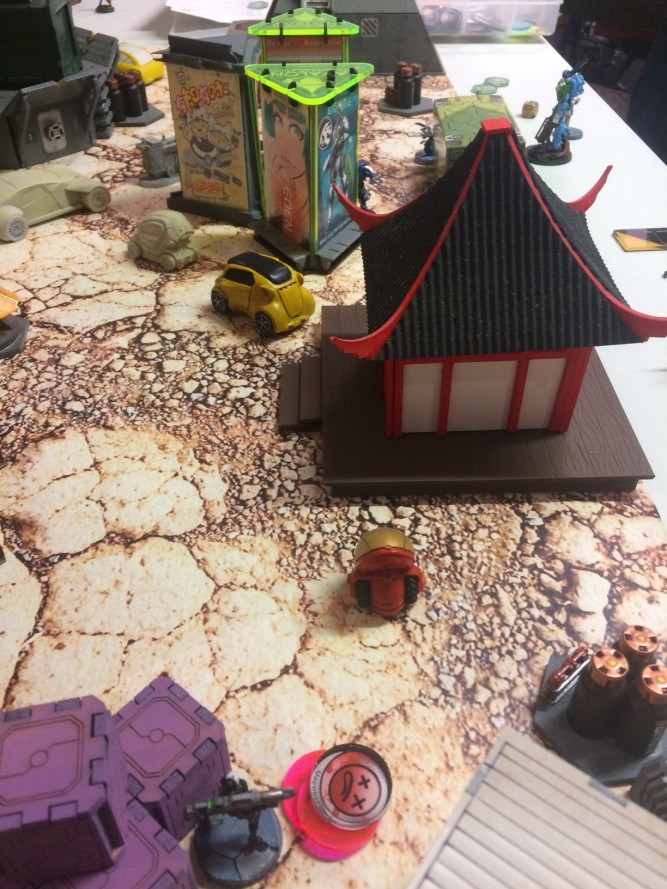 The enemy's retaliation brought down the Hac Tao, and injured the Shang Ji datatracker. Fortunately the superior Invincible proved wiser than its commander, diving for cover instead of facing a continuing barrage. 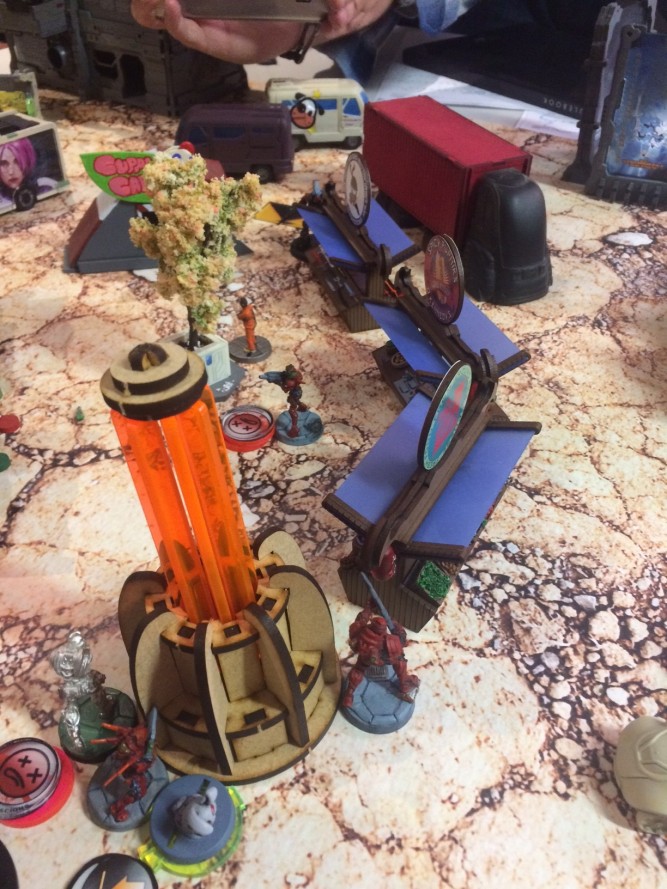 A Zhencha secured an antenna and the Invincible fireteam resumed its advance, positioning around the central tech-coffin. Firefighting here became brutal, with the Haidao felled followed by the boarding shotgun Zuyong as they attempted to engage the enemy's fearsome Kriza Borac. There was also an issue where a mutual misremembering of the Doctor rules saw the Shang Ji rendered unconscious, then healed back to their original state as if nothing had happened, so really the dice knew what they were doing and were saving us from our own mistakes.

A Yisheng-controlled Yaozao also succeeded in the StateEmpire's Classified Objective by inoculating the enemy HVT. After-Battle Reports clearly present evidence that this NA-2 affiliated individual was a Shasvastii agent. 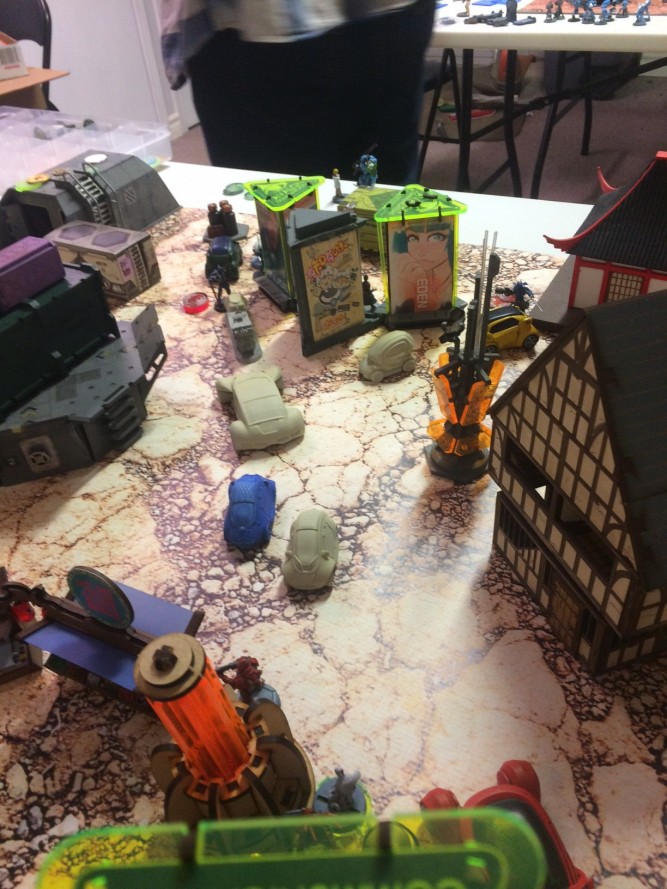 Fighting now became desperate, with the Zuyong HMG finally finding redemption in a shootout with the Kriza.

The enemy MULTI rifle ORC then attempted to move along the flank to reach the unconscious Hac Tao, but was defeated in a firefight with the Zuyong that by probabilities they ought have won. 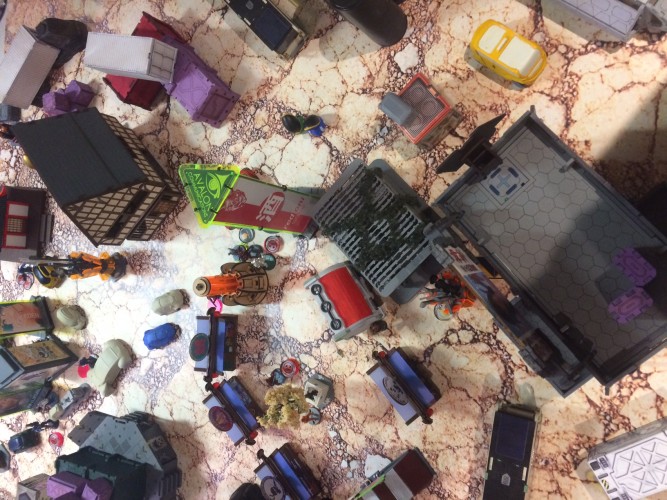 In the end, Yu Jing held the field, though everyone involved had been quite badly mauled.

Daoying Gao surveyed the battlefield as the last of the encroaching mercenaries fell back. This sector of Jiyuan was secured, the enemy offensive scattered, soon the StateEmpire would restore its control over the Pit. As they would on Paradiso, the enemy here had learned the fate of any who stand against the Invincible Army.

Gao could not help but smile. Politics might be a matter for the Party, but the criminal's strategic misstep was clear. This place had been a commercial facility, in a remote region left under the thumb of criminals and thugs. But even should the alien infiltration be purged, the Non-Aligned forces weasel out of culpability, the active offensive they had launched would change the game, they could no longer be left to their own devices.

The Invincibles had come to Novyy Bangkok, and they would be here for a long time to come.