Fought At The Gallery Maze: The Passageways
1083 days 11 hours 12 minutes ago

In order to cultivate the cooperation with the Panoceania I agreed to take part in a training scenario for a new commander of the military order.
Mission setting was the looting and supplies but after a small chat with the commander we slightly changed the main objectives and agreed on a small weapon test. With non lethal training weapons of course.

We left the opening to the new commander. As a friendly reminder to watch his step, our Dakini HMG sent a warning to the Father-Knight who was about to enter the open fireline. After some short reconsiderations and some tactical advice, the Father-Knight, Knight of Santiago Duo moved more cautiously and got pretty close to the Dakini Fireteam without getting a single hit. They even managed to kill a Netrod on the way.
Still, there had to be a lesson to learn the hard way. So one of the Knights of Santiago got a full HMG load and was killed. The way he was deployed, the HMG had him in the cross hair from the beginning and was just waiting for him to attempt a move.
Time to move. We tried to outrun the Father-Knight Duo with the Fireteam, but lost 2 Dakinis, one of them the HMG. Father-Knight and the Knight of Santiago were done for anyway, but the loss of the heavy weapon wasn’t part of the plan.
according to the order of the agreed upon weapon check Marut had to move next. First there were the long distance weapons. 2 Magister Knights hat a test run with their Panzerfausts. First attempt missed, second was countered with the Multi HMG fire. Still, one hit came through…
Then there was the Knight of Santiago that wanted to test his close combat skills in a battle with the titan. Well what would you guess? Right, the Marut got some heavy hits and was counted out. Good thing this was only a training battle…

The rest of the training was over pretty quickly. The Pano Fireteam found some new Weapons at the Panoply and dealt some hits to one more Dakini and the Daleth Rebot on its way to the HVT. One of the Order Sergeants did not pay enough attention to his surroundings and took a virtual “hit” by a hypothetical piece of the roof of the cave.
In return, the Lieutenant of the Pano lost a shoot-out with the remaining Dakinis. Before we opened the last chapter of this scenario a Pano sniper finally revealed his position and took the Deva out of the game.

On his final attempt, the sniper managed to place one successful hit to our antenna and the training ended with the certification of the new Pano commander. 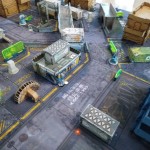 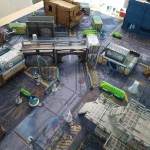 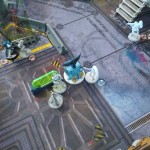 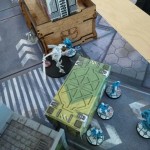 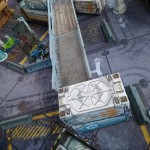 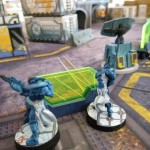 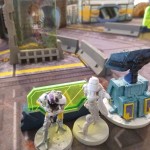 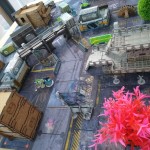 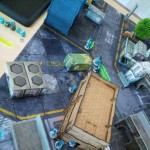 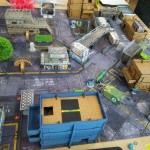