Fought At The Gallery Maze: The Passageways
1030 days 20 hours 22 minutes ago

On a Patrol the squad of Military Order meet another patrol from the Aleph units.
Due to tactical reasons both commander decided not to have a serious encounter but they both wanted to compete with each other.
The experienced Aleph commander intended to show the jung Military Order commander some new tricks and they start a little exercise mission.
The Military Order commander got his first turn and startet to push forward against the main object with his Duo Fire Team, a Father Knight and a Knight of Santiago. IT wasn`t a easy way but they reached a good position du set the other commander under pressure. The Core Fireteam tried to do a flank movement. But one of the Knight of Santiago got badly wounded and down by the Fire of the enemy HMG. When all units got new positions the Aleph started his actions.
He used his Movment to engage the Duo Fireteam witch did a good fight but in the end lost. Afterwards the TAG unit pushed forward for set the fire Team under pressure. He learns that the Panzerfaust can be a really dangerous weapon but he survived and could engage the Leader of the Fireteam the Lieutenant and Knight of Santiago. The Knight of Santiago won but it was really close. After those main incident the battlefield got really calm. The Fireteam could claim some Weapons and equipment at the panoply but lost one of it`s comrades at an accident. The Lt lost a shoot out and went unconscious. In the end the Sniper in his Position could hold the ground and damage in addition the SAT-Repeater.
Finally the Commander of the Military Order could say: “Lessons learned” 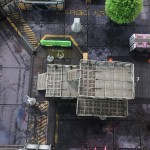 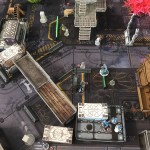 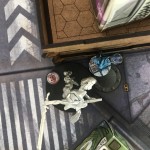 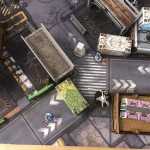 No one has recommended coghain for commendation. Log in to be the first.