Some debts can't be paid

The stink of spilt synthetic whiskey came to him. The kind of smell that climbs into the back of your throat and decides to stay for dinner.

This wasn’t the first time he’d lost his vision, and as he lay gingerly probing the frayed sockets of where his eyes should be, Sanjuro felt that same perverse calm that always accompanied a particularly satisfying battle. He’d booted back in Fat Jinko’s Cut Room and woken to see … well nothing. His left arm, after a few moment’s fumbling, he discovered to be dangling by microprocessors and leaky tubes, a foot from his crib. He seemed to have three toes missing on his right foot, presumably from totalling the bike, and there were long ribbons of flesh hanging from his thigh and stomach. He grunted in pain and amusement: he couldn’t see the room in front of him, but his internal Gestalt was still showing his two koala’s ready positions, untouched and oblivious to the chaos that he’d wrought. “That’s something, I guess. Those little fuzzballs ain’t cheap.” Blinking a command over an empty eyesocket, he set them to roost mode. He could hear well enough: muffled, as if through a door, he made out hushed, urgent voices…

“It was everything you’d promised it’d be Chihiru! Hooooo, I’ve never seen anything like it.”
“And the intel held out. those Invincible baka yarō had no MSV support, just like I said.”
“It was beautiful. Once your TAG cracked that Husong sentry open like an egg, their team’s flank was clear, and our boy slow rolled down Arkhipov Lane, nonchalantly blowing smoke all the way. He burst out, a tiger clearing the jungle, and took the heads off two Zuyong before they could beg for mercy! Another dropped and he barrelled straight at their Son Bae – that thing would have been worth a bit if we could recover it but after what he did to it? I doubt we could sell it as a doorstop now. Too bad… 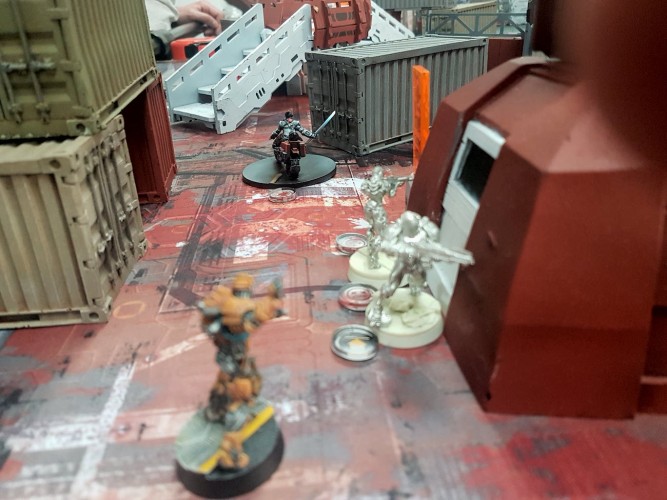 Kit gets back up and punishes Yojimbo

Oh you should have heard the screams Chihiru! But please, you've got to speak to him. The way he fights, he'll rack up more bills than his work work can cover, no matter how pretty. That Zuyong, for instance? He had an automedkit, and any sane combatant would have applied the coup de grace before rushing off on a killing spree. Your friend is lucky to be here rather than three doors down at the incinerator." Jinko tapped irritably on a desk, punctuating each sentence with annoyance. "You know what? I have a draw-fucking-full of IOUs from Sanjuro in my office. So what am I supposed to do him now huh? With that sack of Lhost meat I have gurney'd in my lab next door? Do I look like a mother superior to you huh? You glorious freedom fighters expect me to cover this cost huh? The motherland has short purse strings, not so glorious if you ask old Jinko, oh no."

"We sent you the feeds as per your request, that snuff should be worth something to you and your bruised ego. And Doc, just remember that this shitshovelling shop wouldn't even be open if it wasn't for that 'sack of meat' in there. Show some respect. How many heads has he lopped off the dragon? And what opinion do they have of you, those fascist teracotta friends of yours? What would be your fate if they got their hands on the Main Strip eh? Patch him, calibrate him, and get him back on his damn bike. Shit, by my reckoning, it's you that owes HIM."

Jinko's big digits reached out to Chihiru's arm, pawing adoringly at her young flesh. "But what about you Chichi? I saw your fight too. I think you and that madman have been spending too much time working together, yes? You like to take risks? Make you feel like a big girl? Why would you advance on a húláng, of all opponents? And you were lucky not to be flung from your O Yoroi by that hacker eh?" 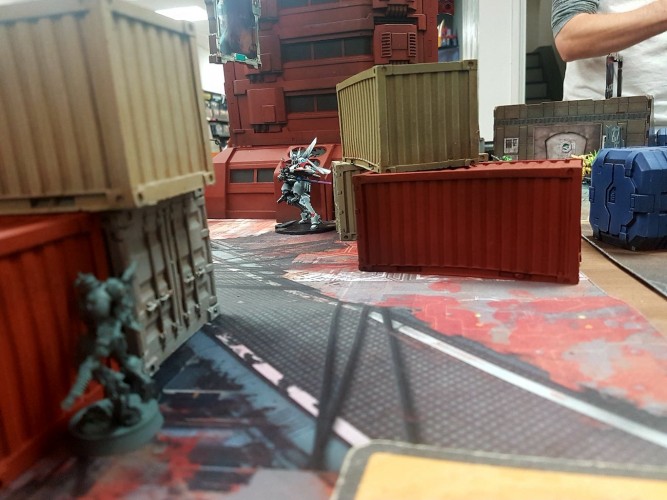 Chihiru nonchalantly flicked out the heel of her palm, catching Jinko just on the underneath of his bicep, causing pain and sickness to burst through his body like a firework display. "I do what I must for Japan, I fear neither SWORD nor monofilament" she explained, rising slowly and deliberately from her chair. "You wouldn't understand old man. It would be like trying to explain the intricacies of Go to a frog. It is as Mushashi says: think lightly of yourself and deeply of the world.
That hacker's enemy was fear, not me. He fled out of sight when his cowardice failed, assuming that an armoured foe must be obvious. I illuminated him. But today, I was lucky enough to meet an another enemy, one I could respect. Her movements were correct and graceful, and her technique flawless. In her hands she carried the weapon that every TAG pilot fears, and she used it well. But more than that, that húláng fought with true spirit: she and I are sisters now. I go now, choosing to spend my afternoon meditating in my suit upon on her example, rather than sitting any longer whilst an old pervert objectifies me. Really, Jinko. You wouldn't know what to do with me even if you could have me...” Light feet crossed a thin floor, and a front door slammed, sending a small bell jangling.

Next door, Sanjuro grunted with laughter and pained delight. Rising unsteadily from his gurney, his obedient right hand grabbed his estranged left, and Sanjuro made to leave. He would no more ask for help from an unwilling ally than he would share a bottle of saki with a Hac Tao. His shoulder jerked up, an unconscious twitch; the samurai hitched up his hakama and hopped out of the surgery's window onto the street below. When a man has friends at every door on the Strip, what need has he of eyes? 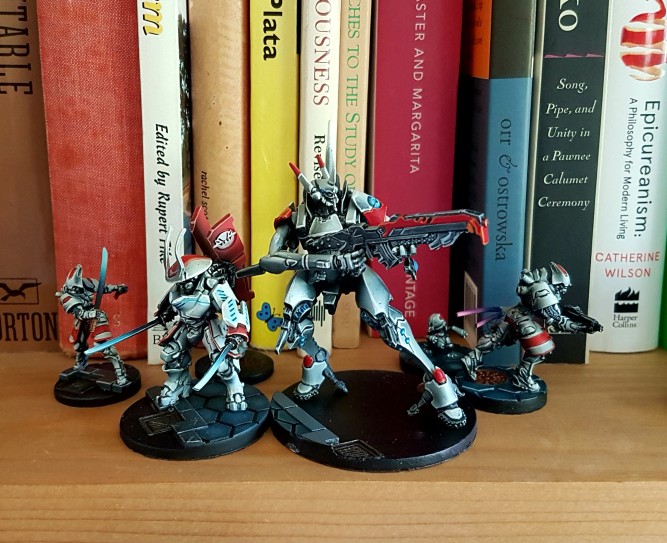