The Neoterra Special Forces Squadron Code Name Slayer arrived at Novvy Bagkok, in view of the recent incursions that have taken place at the Liberty Cargo facilities, immediately upon arrival the Commader Alucard orders a security perimeter and access controls to the Cargo Hangar to avoid future unpleasant surprises. After this they detect a shuttle that has arrived at the station recently and their entry papers presented slight discrepancies, so the tanned Swiss Guard orders a total requisition of the shuttle. After the establishment of the perimeter fence and the tactical advance towards the shuttle, The Biosensors began to detect alien presence in the Cargo Hangar, and tha alarms of the station began to sound, this awakens the senses of the Commander Alucard and he orders a Shadow attack configuration, quickly the Hexa operatives activate their Camo To like the Commander, and they prepare to fight an elusive enemy.

Suddenly the shuttle doors opened in a loud and alarming way, revealing something terrible in the Hangar, an AVATAR! The huge monster moved with great speed towards the tanned troops of the Slayer Team, the rain of fire against the creature was incredible, but this failed to stop its advance, and without hesitation for a moment this charge against the Pano troops, the Fireteam composed of Fusiliers attacked strongly trying to stop the advance of the monster, but without greater efficiency, they fell before the attack of the Sepsitor of the AVATAR, on the other hand the Operative Hexa Mercer armed with her sniper rifle attacked leaving the camouflage, but to her astonishment she do not achieve stop the fearsome monster, and was also sepsitorized. Only Commander Alucard will be able to stand up to AVATAR.

When Commander Alucard saw the fall of his companions, he decided to take things into his own hands, without further delays, he decided to move forward to end all those whom until recently he call brothers of arms, and who were now possessed by this alien demon . The first one he had to execute was his loyal friend the Operative Hexa Sophia Mercer, many had been the battles they had fought together but now she was the enemy of the human sphere. After finishing the Hexa, he turned his attention to the fireteam of Fusilliers who were nearby, systematically finished with them, unfortunately these actions allowed the AVATAR to remain immaculate to the Panoceanic counteroffensive.

For its part, the AVATAR continued its progress towards the Pano PAC, its true objective, but this time its progress would be hampered by the presence of the Swiss Guard that a few moments ago had ended those who had been Sepsitorized. The battle between these two titans was colossal, the AVATAR fired a hell of shots at the Commander Alucard, but he evade, attack and even when the alien monster was close enough to attack him with his best weapon his Sepsitor, he resisted it with stoicism, the alien monster was surprised by this man, but now it was time for the Panocenics to act, and they would take their revenge.

For Commander Alucard everything was said he would personally end these aliens, systematically proceeded to end one by one with all of them, first he ended up with the Q Drones that covered much of the land, and with unidrons that were in sight, but he realized that the real problem was the AVATAR, which was dangerously close to the Central Quantronic Information traffic of the station, and apparently that was his true objective, so he decided to go for it, and thus began another fight with the monstrous alien, the Commander Alucard attacked the AVATAR and this time he was able to hurt him twice, no matter how incredible it seemed the monstrous alien felt vulnerable, who was this human who dared to resist the designs of the EI?

The AVATAR saw that its objective could fail so without further delay, it decided to move forward with it, and charge everything towards the Central of Pano Information, with this information the EI would establish new objectives for the future wave of attacks, and with force he capture the human PAC, even at the insistence of the human warrior who had been interfering.

Seeing this The Commander Alucard decided that he would not allow the beast to escape with the information he obtained from the PAC, and advanced swiftly towards him, and attacked repeatedly but the monster managed to resist the onslaught of the Pano Hero, the alien TAG began to move towards the shuttle that had left when at the last moment the last shot of the Pano leader left him lying on the ground of the station disabled , releasing the data PAC and leaving the aliens with nothing to recover. 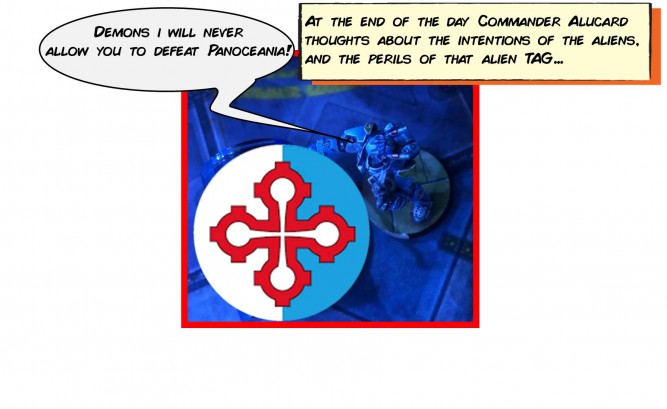 The Commander Alucard could only speculate on the intentions that the aliens would have with the information they intended to steal, but he could not stop thinking about the information they could have obtained if they had captured the shuttle intact , since the monstrous body of the alien TAG did not house nothing, it was just an empty shell that gave them nothing of value, this left a bitter taste, both sides had failed in their original mission, but for the tanned Swiss Guard not having allowed the Alien of the EI to have obtained anything to harm Panoceania was a victory by itself. The day was Save but war continues... 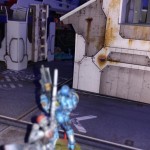 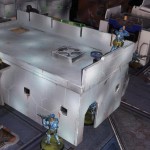 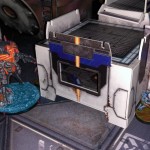 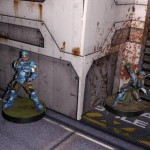 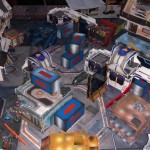 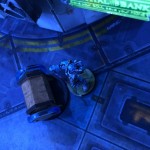