"i get emails. i get emails saying the trolls have won, and that i should bow to them, since i have lost the battle. to this i say FAT-CHANCE" -wint (@dril)

I learned a lesson after this loss. I've been leaning heavily on Khawarij this campaign, and as Shamash, RazorsEdge, and I have escalated to 400 points I'm finding the Khawarij's efficacy has kind of cratered.

Against RazorsEdge, the problem is just how tough his troopers are. They tend to have high ARM and/or multiple wounds, so just blasting them and scoring a wound on a crit isn't doing the trick.

In this game, he won by wading through a wall of gunfire, shrugging it off with ease. I had some initial luck with disassembling his fireteam with Tarik Mansuri doing the ol' slicing-the-pie move around a corner, but due to the unique nature of TACOS' objective cards I wound up giving him points on my turn.

Ultimately the best I could do was tie the game, but to do so I had to break his fireteam with a MK 12 Khawarij. Unfortunately, he won on the ARO and nulled the Khawarij, and scored Skeet Shooter objective card. This left me flatly incapable of even tying the game, so even though I had plenty of orders left I conceded. 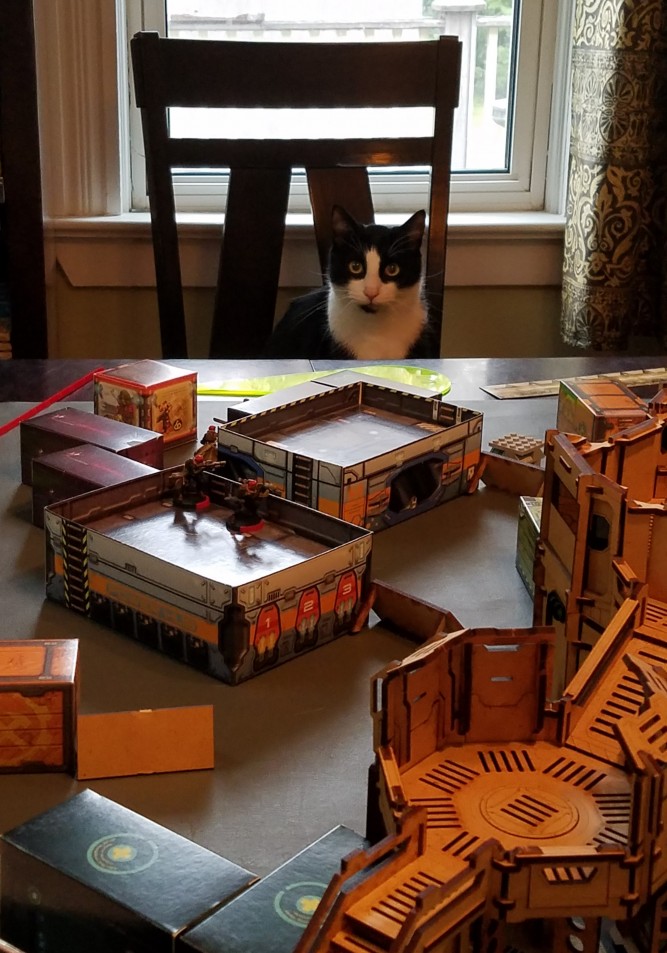 I failed to take any team photos or a shot of the battlefield, but here's Greebo watching our game to make up for it. 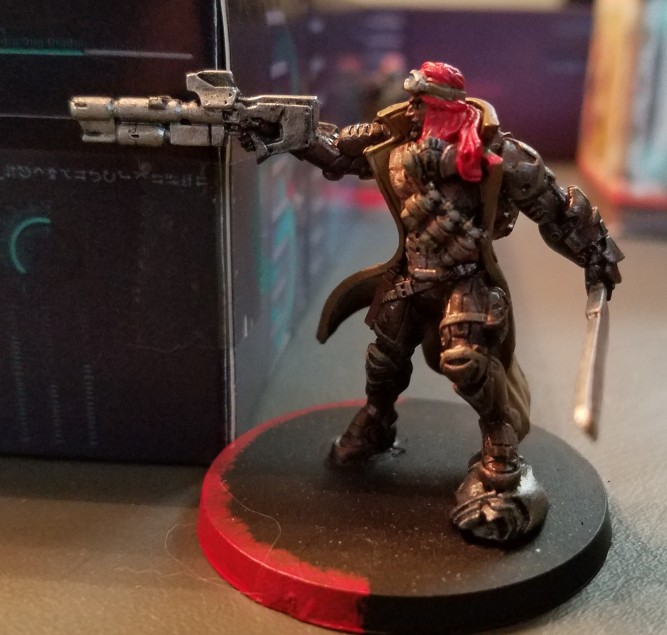 Look at this absolute unit. He did a lot of damage this game, but ultimately it wasn't enough. 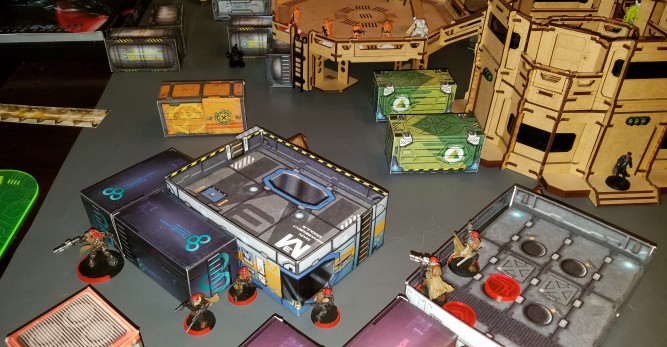 That Yu Jing fireteam wound up being devastating. Once they got up to that railing it was all over. 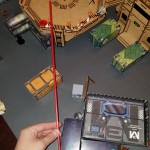 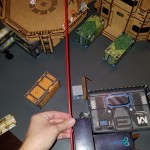 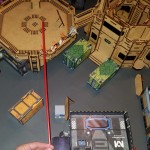 Mansuri did really well slicing this pie, but he had to withdraw once he took a wound.

This is the shot that lost me the game. I figured a B4 Mk 12 hitting on 13s would do the trick, but I just got out-shot and failed my ARM and so that was it. 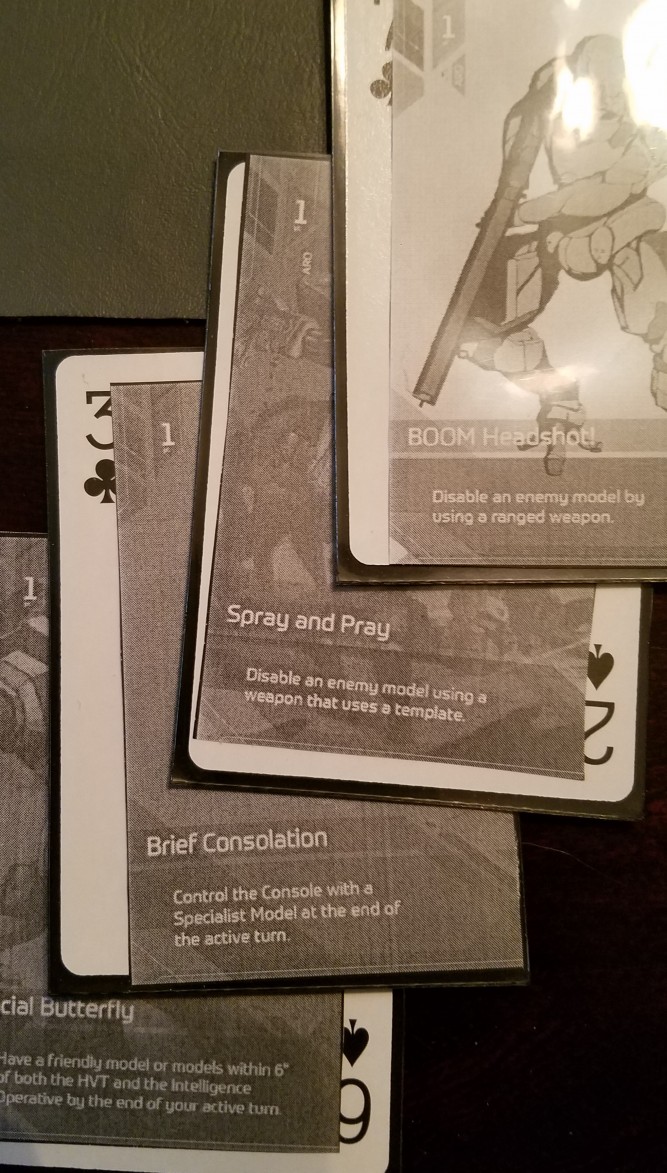 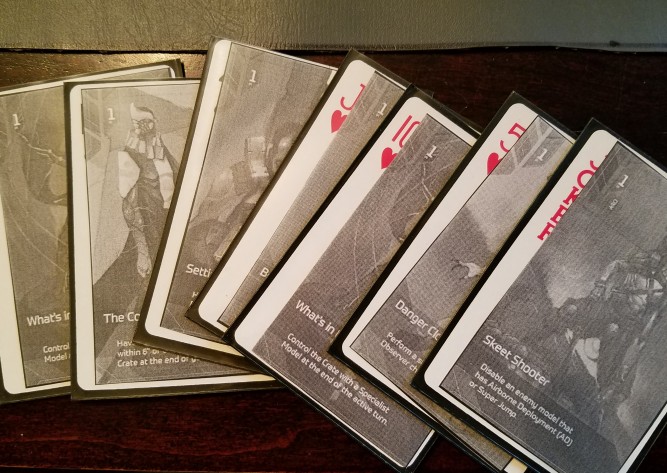 And RazorsEdge's final objectives. A clear and fairly devastating win.