Fought At The Gallery Maze: The Passageways
1137 days 22 hours 59 minutes ago 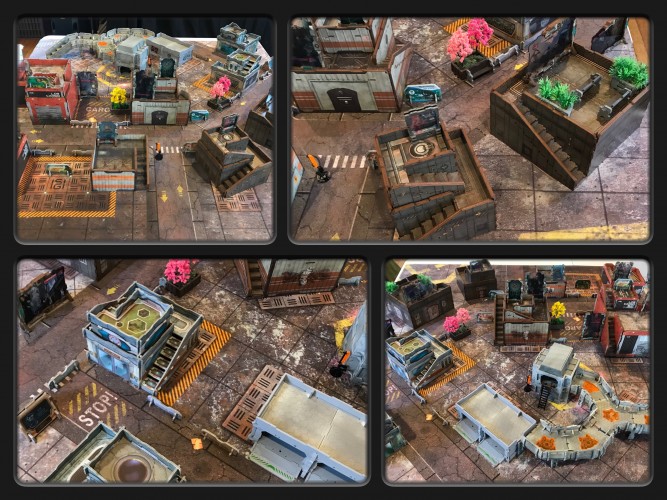 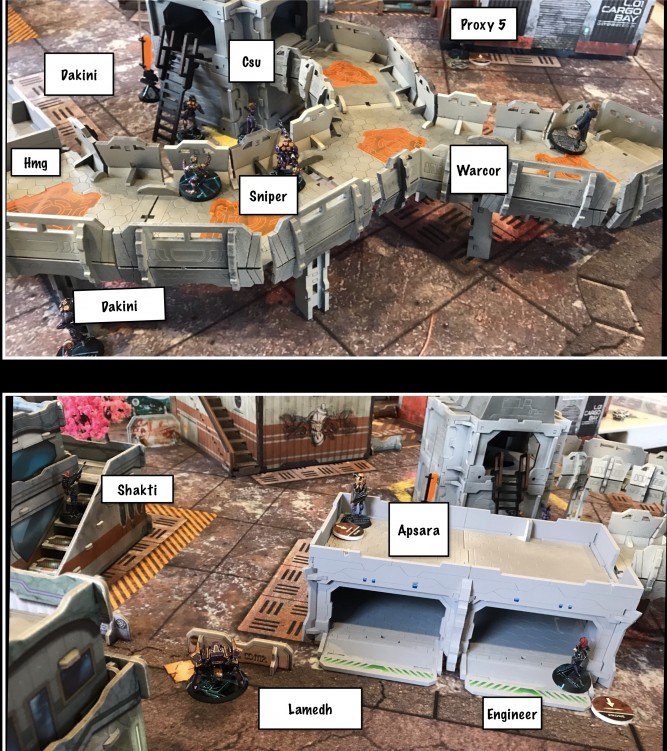 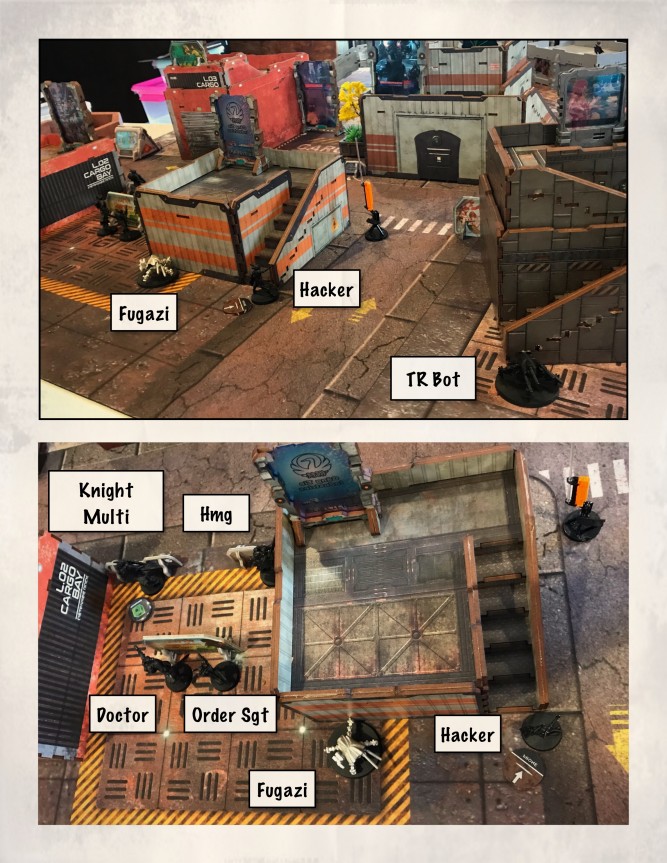 Seizing the initiative, the holy warriors of PanO move out with methodical precision. Taking the lead, Father HMG engages the Dakini sniper covering the street. The initial exchange is a stalemate, however armed with religious zeal, the knight refuses to back down. In the second exchange however the remote is bested and rendered unconscious by the hot lead of the angry hospitaller. 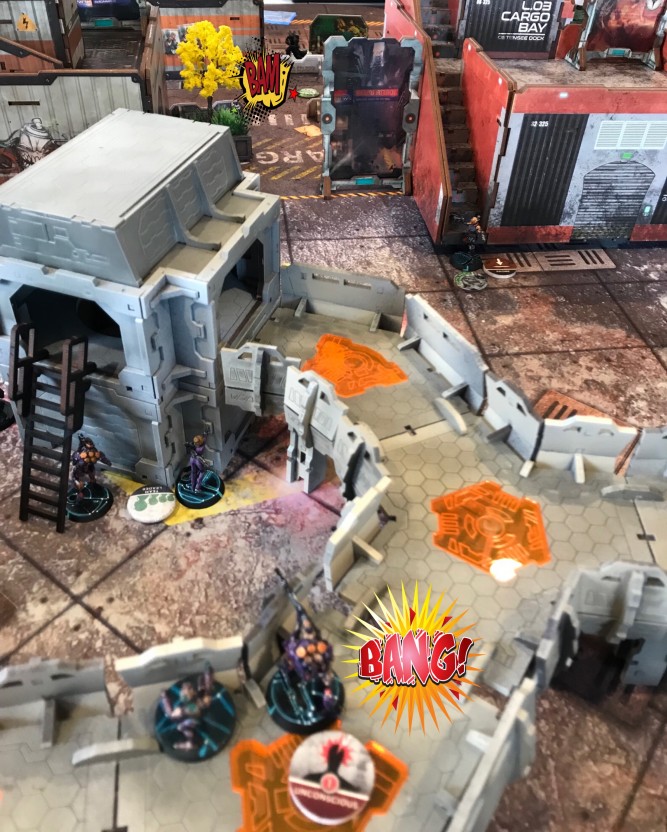 Continuing the advance the knightly fireteam crosses the street and sets up position. An aleph flash pulse blocks the way forward and slows the advance to a crawl as the HMG has to pause and fire at the mimetic bot. Eventually it is rendered unconscious and the fire team sets up positions just outside the AI table half. 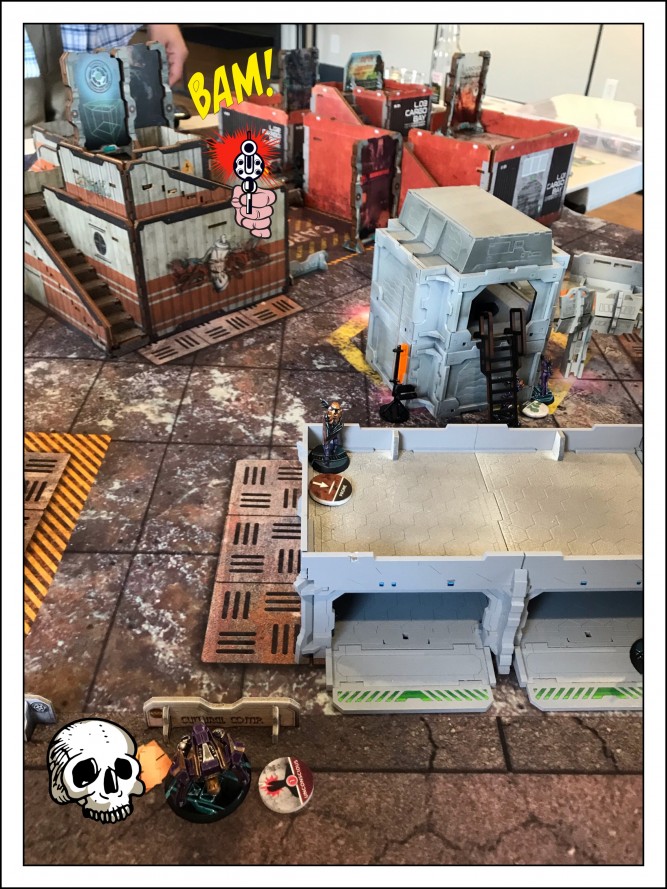 The initiative is now to the OSS player, whose first objective is to activate the Proxy Mark I. Moving behind the garage towards the flash pulse, she also activates her Yudbot to move into base contact with the downed sniper. She proves her acumen by repairing the sniper and the 5 man link is restored. Back at full strength the team moves around, the Dakini HMG comes out from behind the staircase building and fires into the Hospitaller. Though wounded the knight refuses to give up and continues to trade fire. A second round of shooting renders him unconscious, his zeal no match for the precision shooting of the AI remotes. 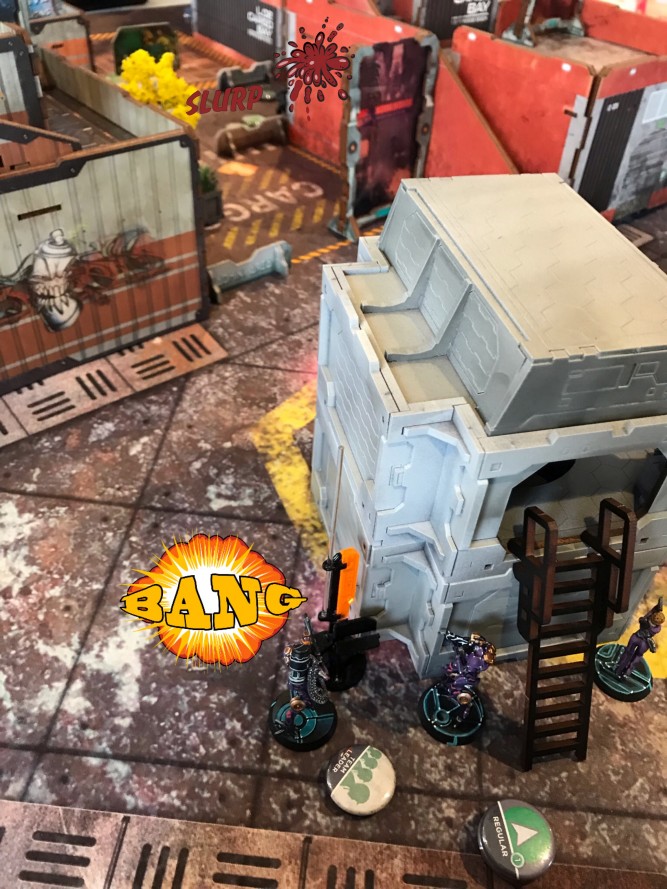 With some orders to spare, Shakti, the Proxy Mark 2 sniper and Mark 5 take up forward positions to lock down areas of approach, the last of whom entering suppressive fire watching the corner of the building where the Hospitaller HMG just stood. With a final order the Proxy Engineer repairs the downed flash pulse bot, undoing all the work of the knights from the previous turn. 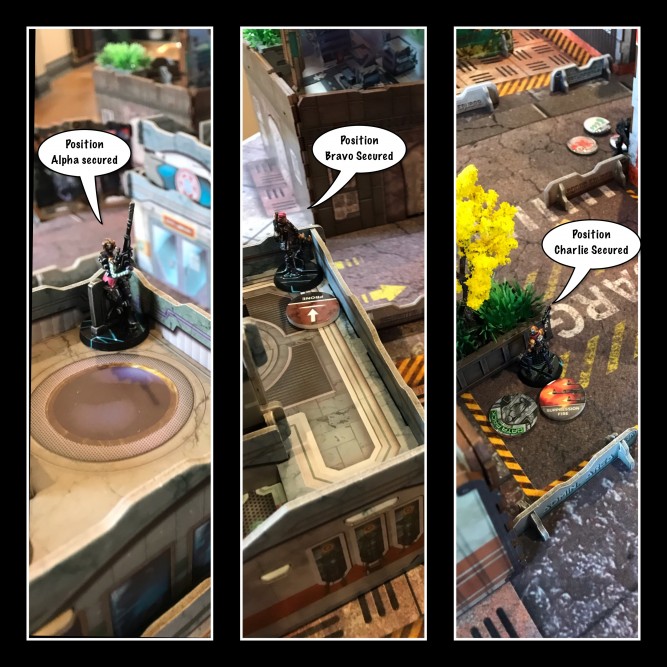 Bloodied but unbowed, the Knights remained as determined as ever to forge a victory. First order of business was bringing back the HMG. In true PanO fashion the first several attempts were unsuccessful, however on the third try the link was reforged back to starting strength. Seeing that their initial approach was locked down tightly, the fire team decided to take an alternate approach. Swinging around the side of the large warehouse they continue advancing until the very edge of the building. They remember to pause momentarily and place an undermining device within the local net of their enemy, thus accomplishing their classified objective. 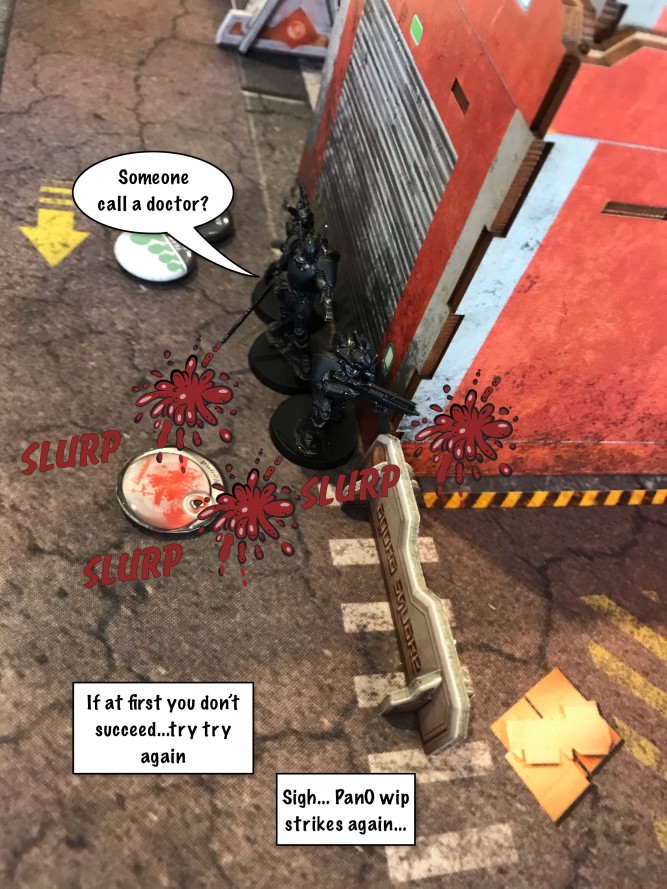 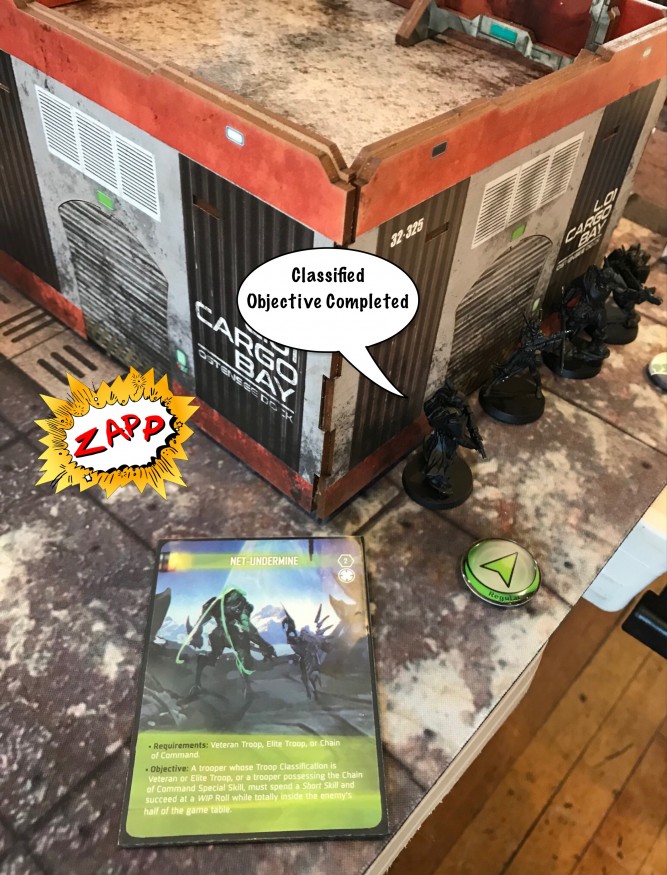 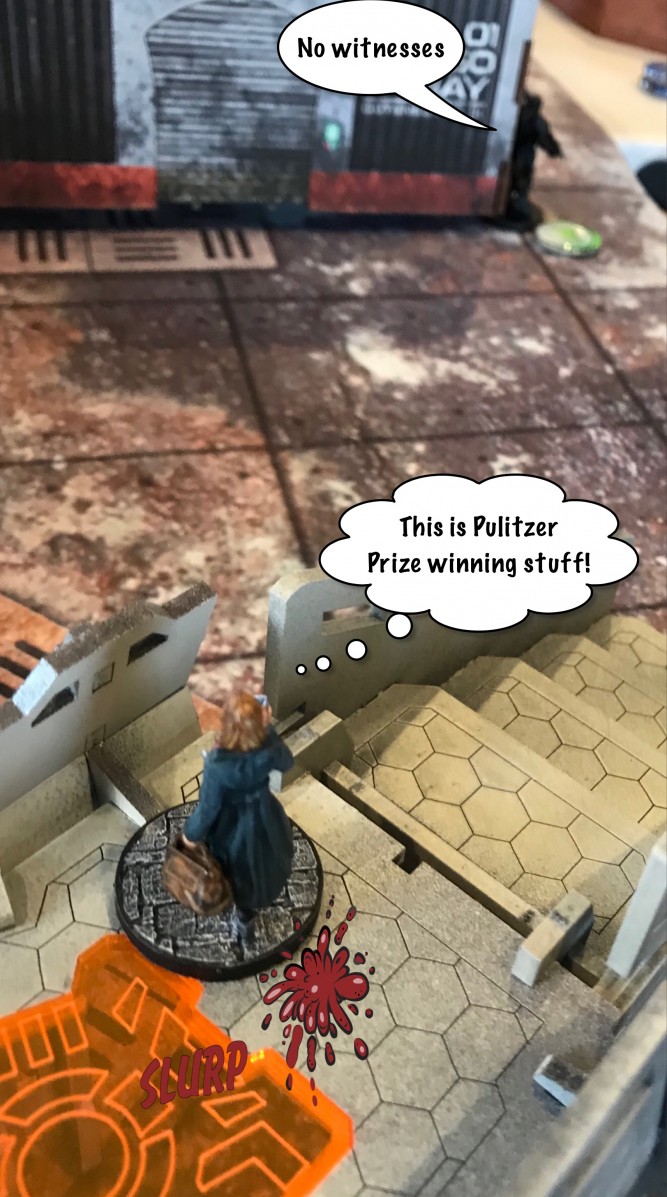 Analyzing that the time to go for the throat was upon them, the AI issued orders to advance the link team and remove the invading knights. The HMG took lead and engaged the lead knight without mercy, rendering it unconscious. However as the dakini link maneuvered around to engage the remaining knights, a hidden Order sgt appeared from the roof of the warehouse. Caught unaware the sniper dakini was removed without opposition. Emotionlessly however the link continued its work. First bringing down the revealed infiltrator after several attempts, and then making short work of the HMG hospitaller, line infantry order sergeant and wounding the doctor. 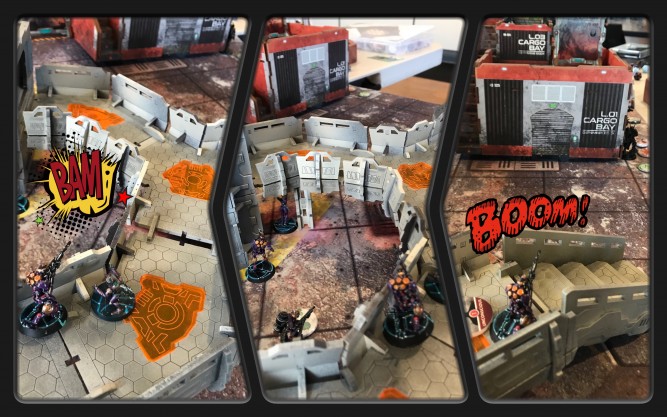 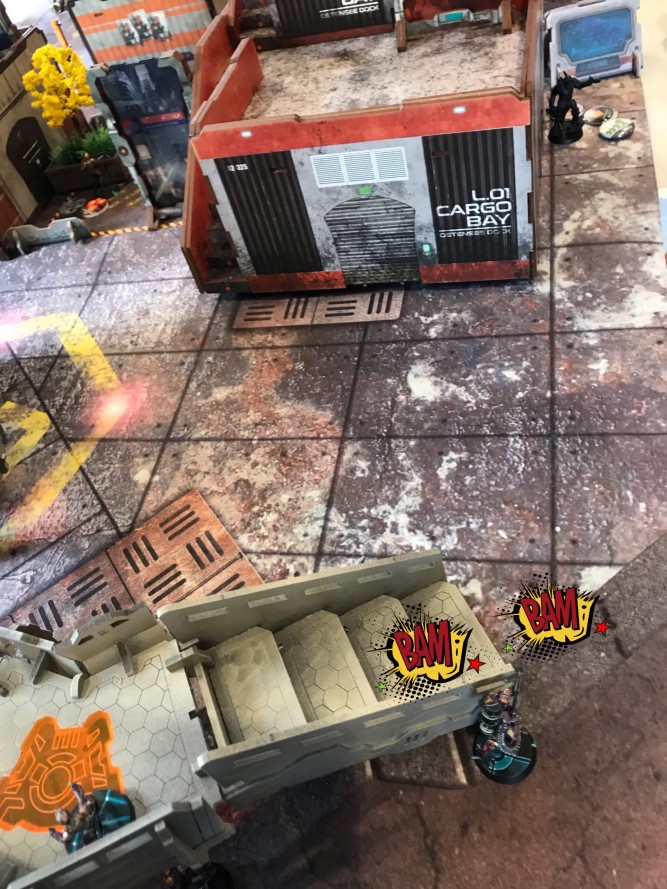 With their lieutenant down, and options limited the knights knew their hopes of acquiring the Aleph beacon were no longer possible. Instead they pulled back and attempted to provide as many barriers to the enemy as possible. The lone surviving knight came around the building to guard the main street approach, while the TR Bot and hacker covered the PanO beacon as best they could. Wishing the doc hadnt devoured all his command tokens with incompetence, only the hacker could enter suppressive fire to cover the final yards of approach.

Now in the final moments, the AI forces pushed forward. Though depleted the dakini link was more than a match for the PanO TR bot, rendering it unconscious with a critical hit. Activating her Mark2 body the post human fired long range at the hacker, blowing it apart under brutal high caliber sniper fire. Switching effortlessly to her engineer body, the post human moved to a seemingly innocuous holo billboard in the PanO half of the board that was now uncovered. Placing D-charges she detonated it, accomplishing some unknowable AI classified. With the final few orders, she switched to her Mark5 body and made a mad dash towards the Military Orders beacon. The lone aro was ignored and amusingly the doctor missed his shot in a spectacular display of incompetence once again. With the final order of the game the Mark5 moved into contact with the beacon and picked it up, ignoring the fire of the doctor again. This time the shot hit true, wounding the lhost. However the beacon was secured, and a small wound wouldnt be enough as NWI kept the proxy going for the win. 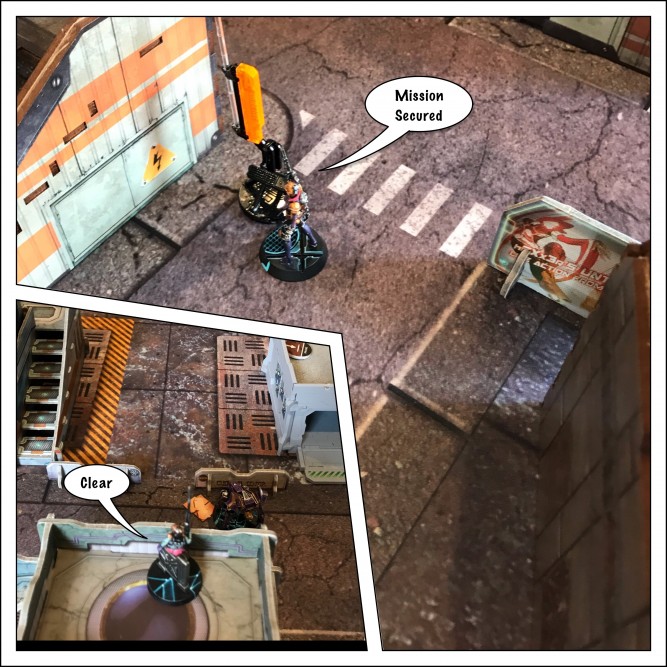 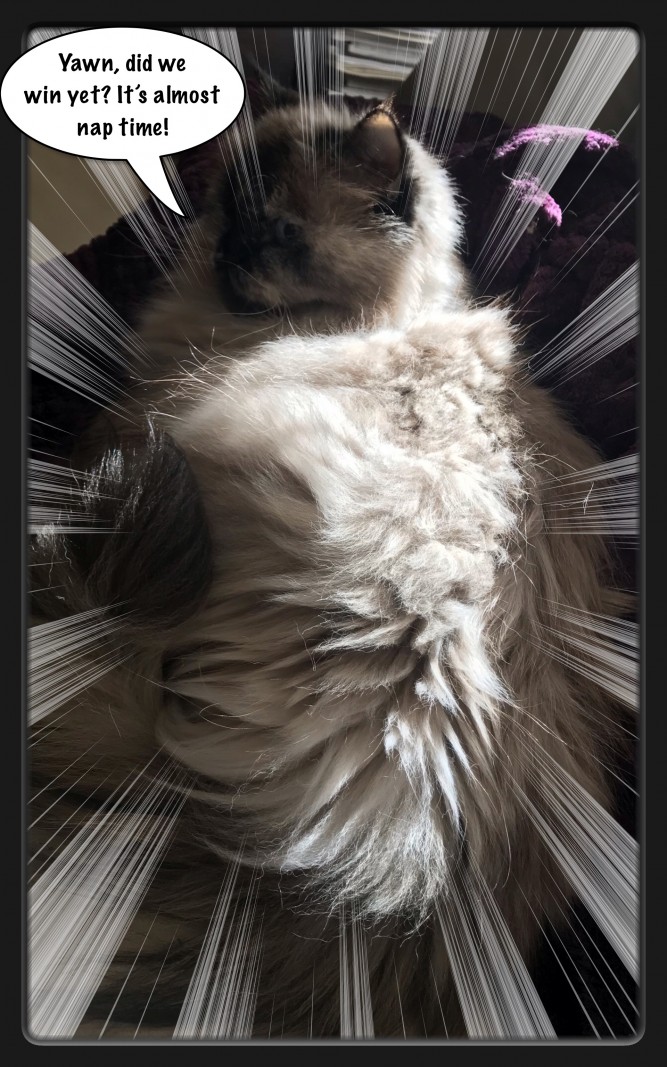