In correspondence with our Ariana comrades last night October and 11 2019, at 8 o’clock mountain time we held a Nother training exercise, of capture and protect also nicknamed By popularity of the men capture the flag. It was determined that Pano will go first, And that’s the game began with Joan of arc, with De Fersen, and three Hospitaller knights moving through the center building to get in range to hack opponent tags that were protecting their flag. And the Tikbalang Moved on their left to the side of the building to give cover on the left and take out some of the units on that side. Unfortunately when it was our opponents turn it took down our tag Unit, and proceeded to harass the link team. In second turn we were able to take out some of the units and there was a lot of back-and-forth fire leaving some of my units isolated so The link team was dropped to a three-man team with John of arc in the lead. We were able to get to take the long back up and moved him back to take out opponents lieutenant that had come in close contact with our flag, The Tkbalang succeeded in taking out their Lieutenant Vasilie. And dart moved up to protect the flag unfortunately the link team was able to take possession of the flag And run it back but not far enough to get it on their side of the table but they did gain possession of it thues they won the game. All in all it was a good game a lot of back-and-forth, and good tactics on both sides. 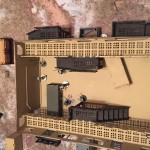 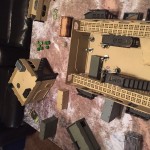 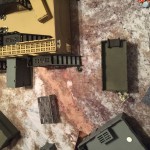 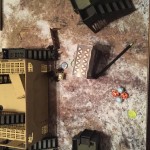 1 Person Has Recommended Shiny shirt For a Commendation