Even over the fire and clamour of battle, Atalanta's MULTI rifle resounded like a hammer on steel over the whispers of a crowd. 'Sure hope you've got a plan for these guys, boss?' she radioed as she shot another Khawarij down, only for a skittering Nazmat to begin to repai... Heal her.

'I always have a plan,' Achilles said with somewhat more smug than his usual. 'Coming in right... Now.'

Behind the Khawarij fireteam, a bolt of white and blue smashed into the ground like a meteor. They whirled around as the glowing heavily-armoured form of an Ekrdomos rose up, levelling a chain-rifle... And they promptly shot him to pieces.

'I'll be honest,' Achilles said after a moment. 'Wasn't expecting that.'

None of us were! In previous years, see, thepoorman absolutely ruined me with Yuan Yuans dropping into my back lines. And this year he'd got me an Ekdromos for my birthday. So I was all kinds of pumped to return the favour - I carried him in in secret, I kept him off the table when I was setting up my army, and I made a big show of him popping in, and... Welp. 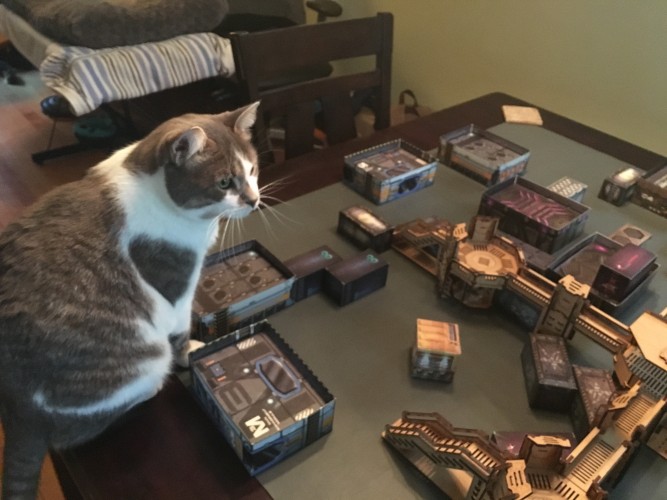 Before we could begin, the table was thoroughly inspected by an expert. 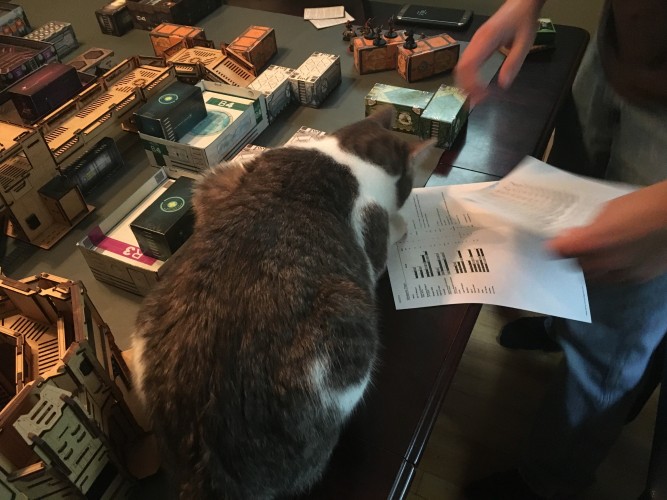 He did not approve of thepoorman's sheet and expressed his displeasure by trying to throw it on the floor. 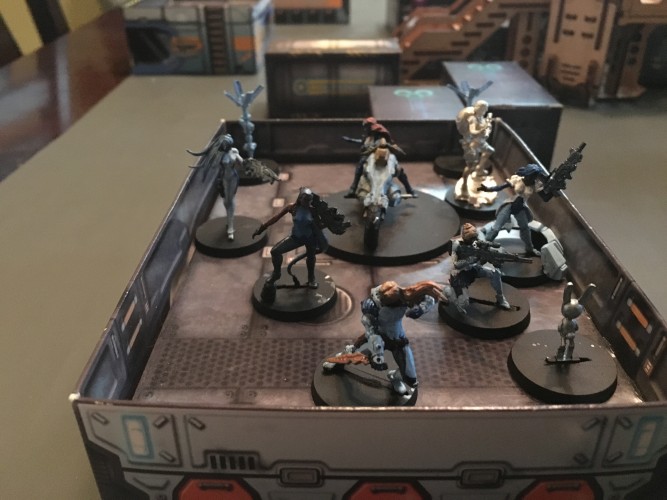 The team! Minus one. 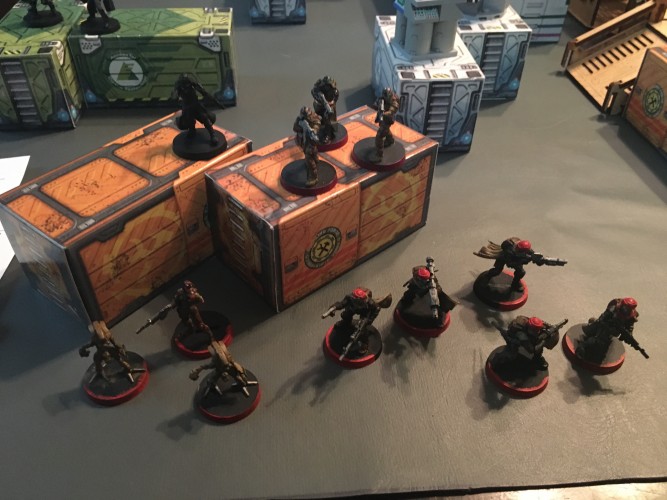 And the OPFOR. Pretty sure that's all of them. 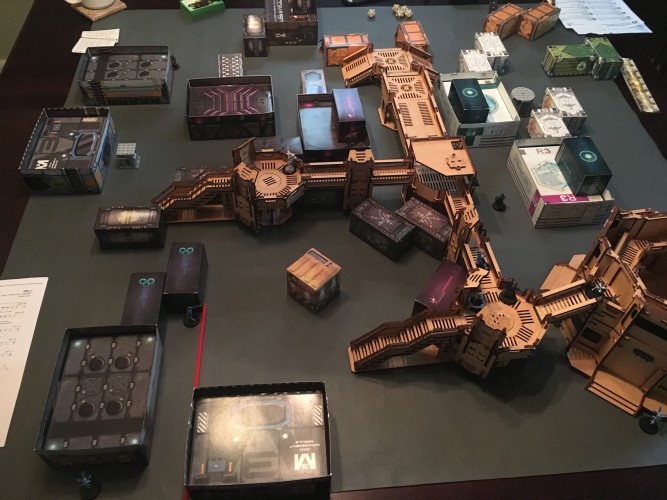 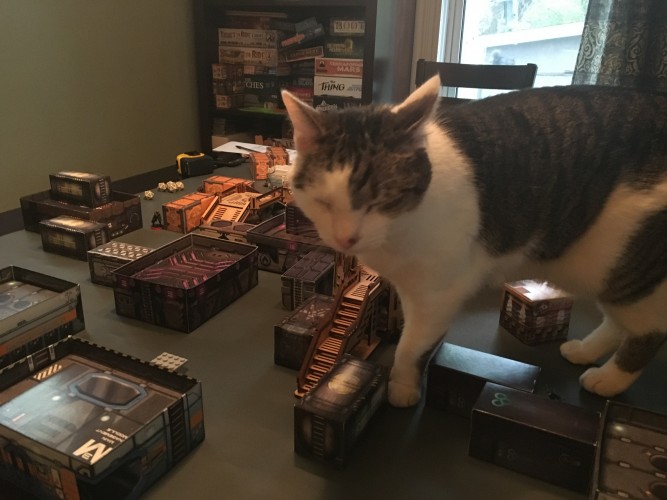 Just as we were about to start the first turn, we had to be inspected by another expert. This one seems fairly content with what he sees. 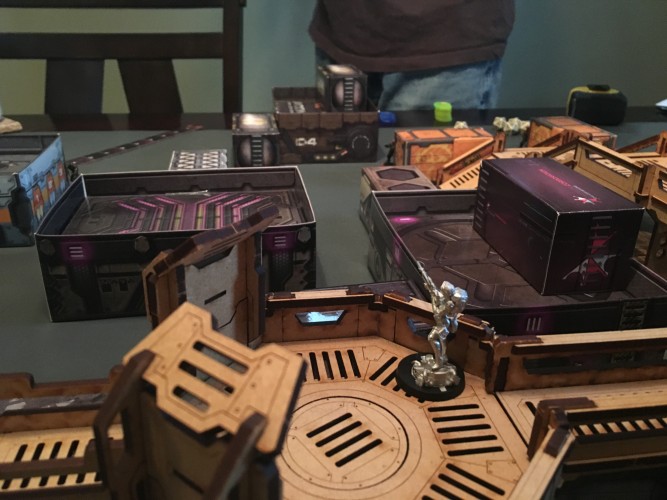 I chose to enact an opening gambit wherein the Naga Sniper can't roll below an 18 to hit and dies. 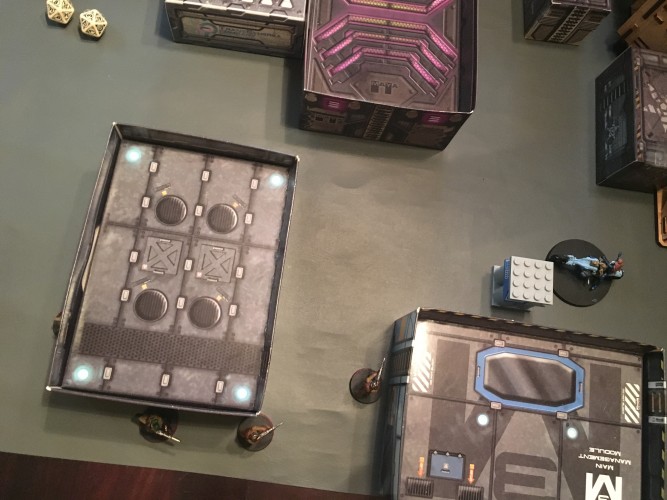 Penthesilea stands ready to shoo the Mukhtars away from an objective. 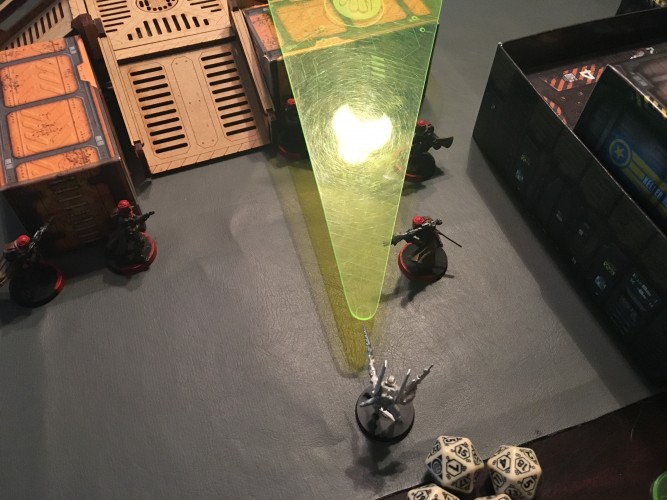 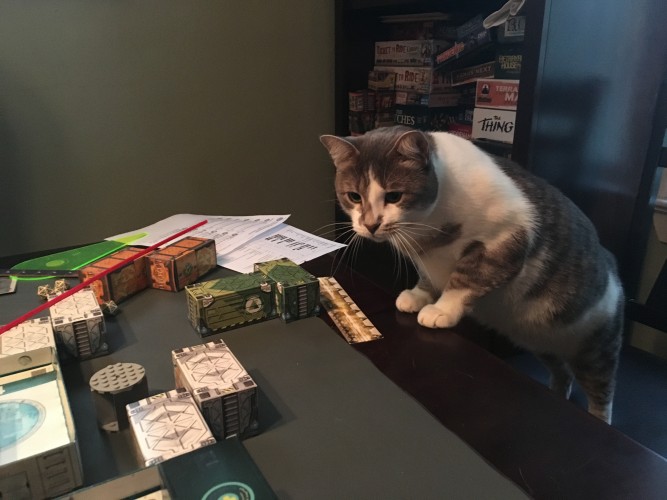 The expert can't believe these dice rolls either. 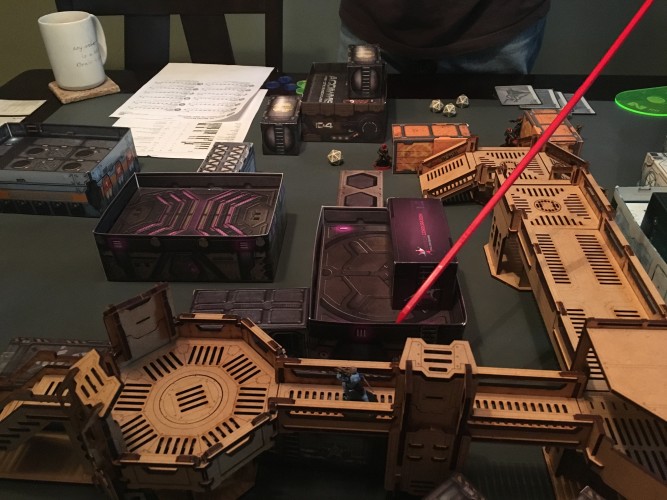 Achilles was his usual murderey self. 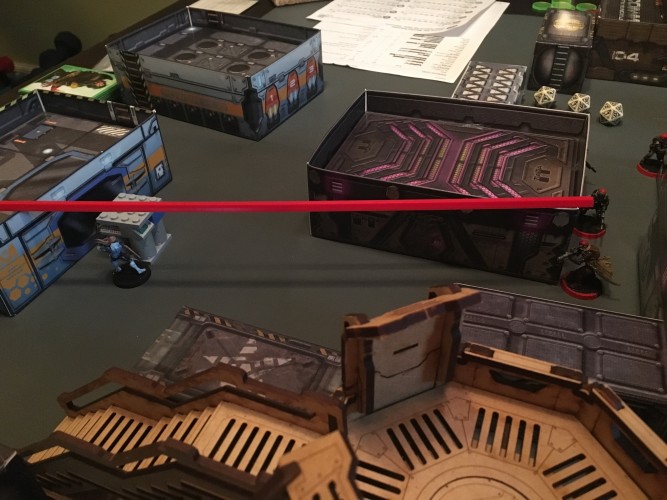 The Khawarij couldn't stop both him and the Deva from scoring enough objective points to tie the game! 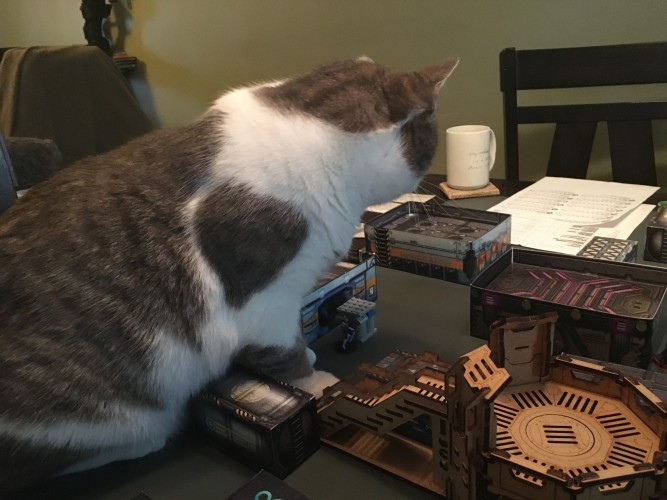