Made a big mistake in deployment in not anticipating the TO Posthuman to infiltrate on a building where she could see both my Intruder and Heckler on a nearby roof. She proceeded to murder rampage on turn 1 and took out the Heckler but thank goodness didn’t have the orders to discover-shoot the Intruder. Even though she took out 5 models four of them were from group 2 so I still had nine orders to work with. Started with my Intruder HMG to take out the Posthuman sniper but she made an armor save and dropped prone. Then I started taking out “low hanging fruit”…basically easy target…but one such easy target — the post human engineer — crit me in ARO. So much for the Intruder. Still had some orders left so made a bee-line for the Shukra with my second Heckler. Surprise-shotted the post human engineer on the way but she made both her armor saves (sigh). Then I jammered the Shukra to put him in loss of lieutenant but the Shukra made its BTS save. I jammered again with the my last order and the Shukra beat me on the reset. Now I was toast. He proceeded to punch a ton of buttons and heal up the remotes I’d knocked out to get his orders almost back to full. His post human liaison officer killed my HVT, armor saving against a mine on the way. I still gave it the old college try, hitting his post human sniper with a chain rifle (it made its armor save) and taking out 4/5’s of his link team with a shotgun blast from my bandit forward observer. The trouble was that I really needed to piece-trade with him using mines and direct templates, and he was so far ahead of me on orders that wasn’t a workable strategy. I managed to press a few buttons on my last turn, but I was literally one order short from being able to take away one of his antennas and tie the number of antennas. It still would have been a loss, but not as bad a loss. 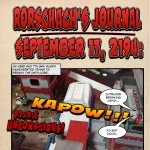 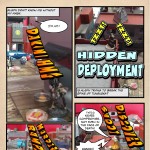 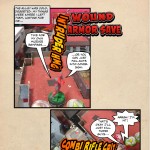 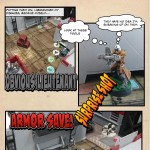 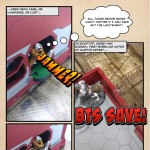