Pregame: Tohaa opts for Intelcom, Ariadna will keep their classified.

Turn one Ariadna –
USAriadna forces advance towards the Armory to set up defensive positions. The dozer blitzes and manages to open the Armory door, taking position inside. Unfortunately he was not fortunate enough to be able to equip himself in time. Rosie led the charge towards the armory flank, taking some shots against the Sukeul Missile Launcher on the way, managing to destroy the Symbiomate. The Marauders take defensive position along some rocks on the Armory flank. The minuteman with Rosie takes position inside the armory, able to grab a panoply on the way.

Turn 1 Tohaa –
Draal / Kriigel / Makaul Triad advance towards the Armory, managing to take out the Grunt sniper on the way. They attempt to take out the Marauders on the right but are only able to secure a single wound. They manage to open the armory doors under heavy fire. Gao Rael spitfire opens fire on the Dozer inside from a new angle from the doors opening taking him out. Libertos Freedom fighter advances and manages to take out the minuteman inside the armory, but does not have enough orders to grab cover afterwards. Tohaa successfully captures the Armory for this round.

Turn 2 ariadna-
The blackjack moves along the left flank taking out the Sukeul missile launcher along the way, but taking a wound from a kamael. He attempts to gun down a Kamael behind a generator, but he managed to dodge away successfully. The Marauders advance towards the armory but are unfortunately Erasered by the Kriigel as they open fire on the Libertos. The Freedom fighter drops a mine in retaliation but does not live to see the result. The biker advances along the rocks on the right flank.

Turn 2 Tohaa –
A Chaksa Auxiliar with flamethrower manages to burn down the lone Biker on the right flank. The Gao Rael attempts to gun down Rosie but takes a crit rocket launcher and proceeds to die. The Draal takes out the Marauder duo but is unable to kill Rosie. The Triad does manage to loot the panoplies 3 times however. The two kamael and a makaul form a new triad confidently advance towards the wounded blackjack. They manage to destroy the blackjack in a single volley of fire. Tohaa Successfully captures the armory for the second round.

Turn 3 Ariadna –
Rosie attempts to shoot the triad inside the armory but takes an unlucky shot against the Draal Viral Pistols and does not live to tell the tale. 112 runs out in an attempt to revive rosie and manages to shoot her with the Automedkit, but Rosie is too wounded to pass her Physique roll. Ariadna decides to retreat and recoup their losses. 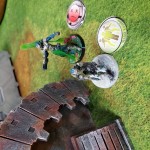 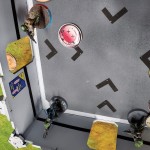 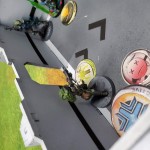 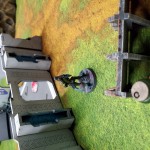 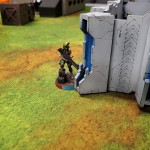 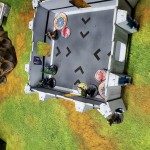 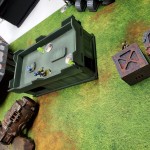 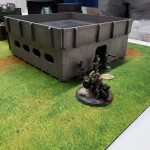 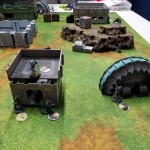 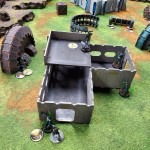 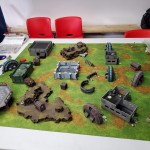