The ASS Tries to Interfere Once More, this time at Pakngein 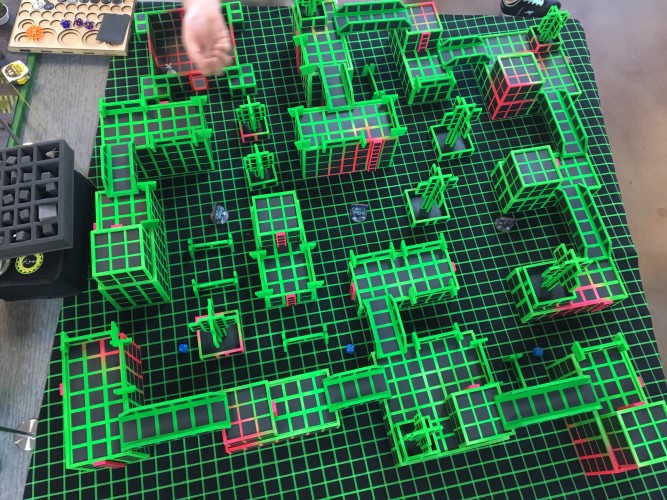 A rare view into the Haqqislam after action battle simulator. 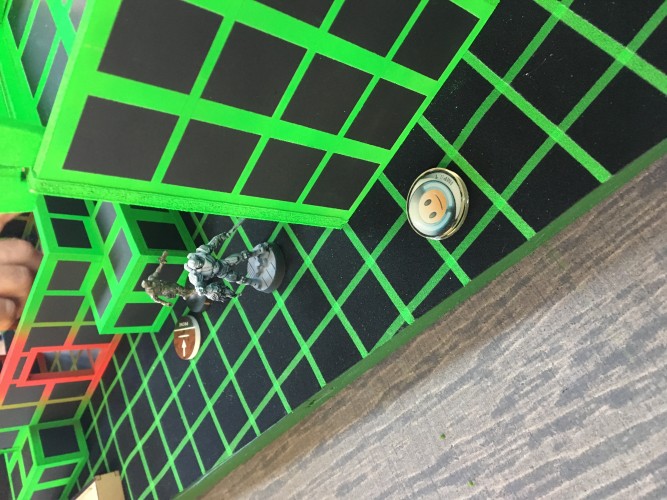 Achilles is foiled by a vicious auditing from our fiday. 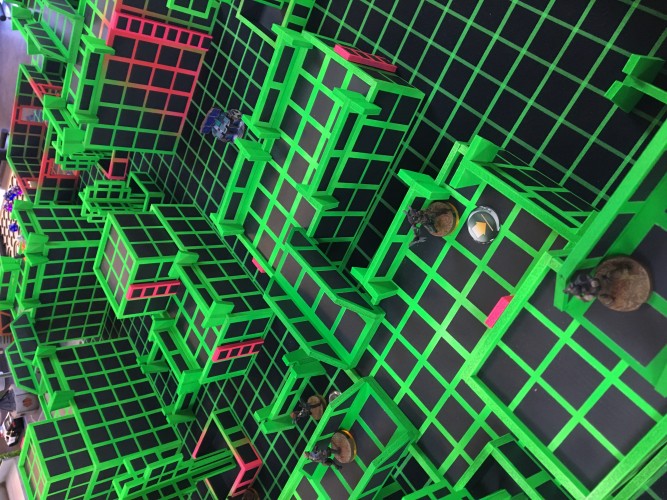 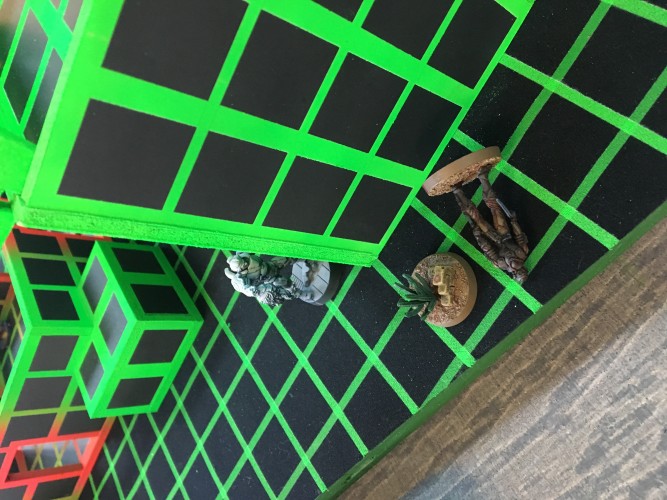 Achilles eventually discovers that his taxes are in order, and eliminates the fiday.

OOC: Savant and I were able to play a second game, this time in this most mind-breaking if tables. We played frontline in preparation for Arizona Armageddon IV. Once again, this report was made with my phone, and several pictures are misaligned for...reasons? Thanks for reading!

Returning from our raid on the Liberty Cargo administrative office, we ran into a second infiltration force from Aleph’s Assault Sub-Section. This force was led by Achilles and supported by a group of Myrmidons and the killer hacker Scylla.

Our recent fiday replacement blocked Achilles path on our left flank, while our Ghulam took position to repel him and the Muyib haris team covered our right. Teucer, a rare sight on the battlefield, was deployed with the clear intent to engage our fireteams through smoke cover provided by the Myrmidons.

Unfortunately for him, Teucer missed his first critical shots against the Muyib team and received a heavy rocket for his trouble; back on the resurrection wait list for him! Achilles eliminated a forward deployed daylami, but was unable to get past our encroaching Muttawi’ah; they blasted him with E/marats and jammers, and kept him on the defensive.

Thankfully the effort of the Muttawi’ah and the covering fire of the Muyibs kept Achilles contained long enough for us to get the upper hand, and I ordered the Ghulam team forward to attack.

Mines, E/mauler, and DEPs oh my! 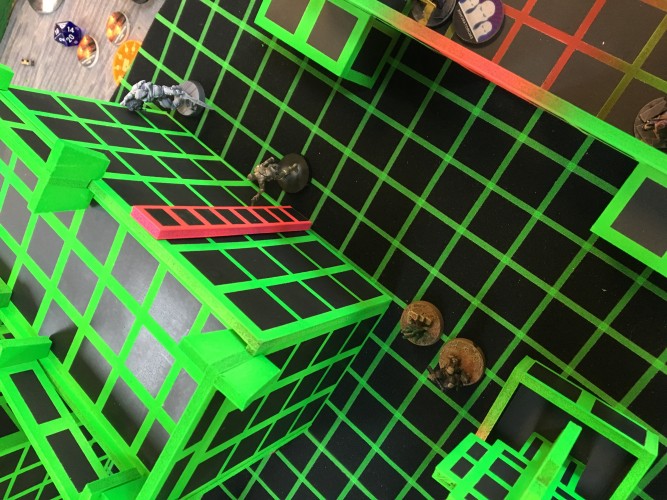 A lone Muyib eliminates the Dactyl doctor but fails to isolate Achilles with the E/mauler. 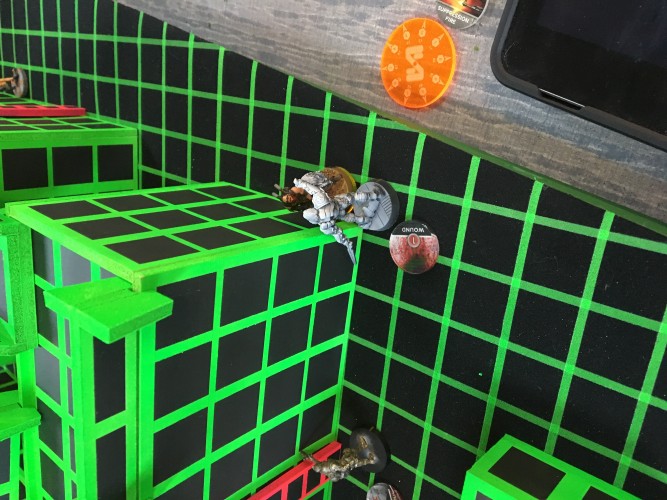 An E/Marat blast fails to stop Achilles as he shoots down a Muttawi’ah and the last forward deployed daylami. 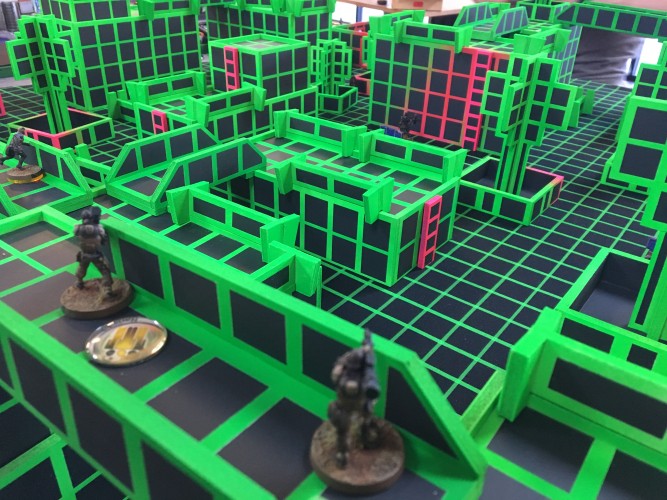 The remaining Muyibs pin down the Myrmidon team after eliminating Scylla and her bots. 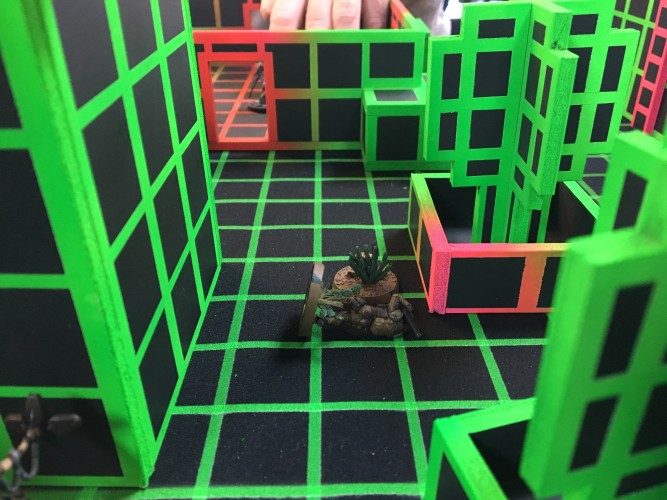 The heroic Muyib finally goes down to Mk12 fire from Eudoros. 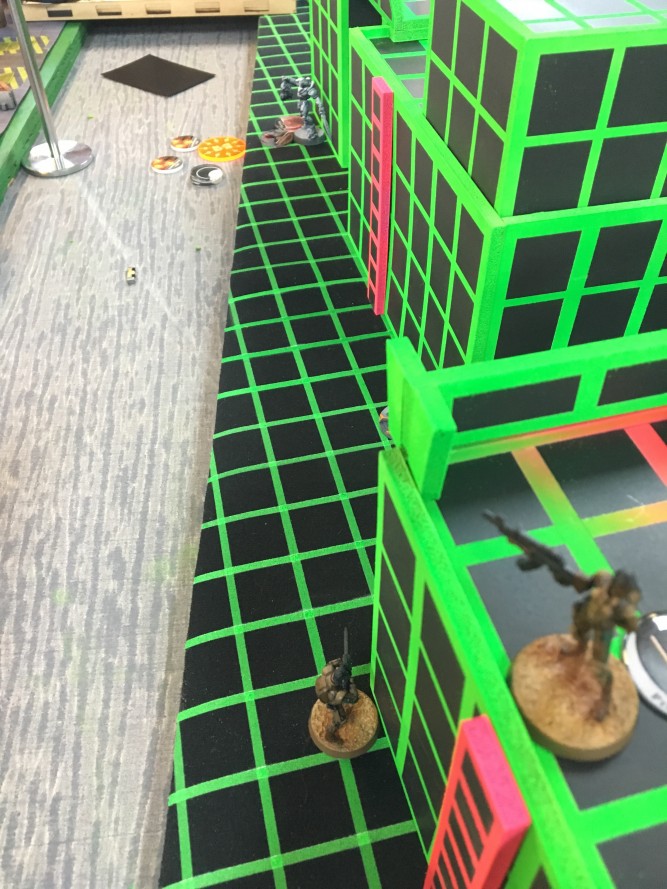 The Ghulam team finally manages to down Achilles, sealing the Aleph defeat.

With the Aleph advance stymied, I ordered one of our Muyibs forward to lay mines and generally slow their advance. A combination of mines and E/maulers brought down the Dactyl doctor and wounded Achilles, and the Muyib single-handedly held of the Myrmidom team for nearly 60 seconds with the strategic use of his DEP and remaining anti-personnel mines.

Although he finally succumbed to the blistering return fire, the Muyib’s sacrifice allowed our Ghulam and Muyib teams to get into ideal overwatch positions. From there they were able to eliminate the remaining Aleph forces. Our Ghulam heavy gunner was even able to shoot down Achilles with a concentrated volley of HMG fire.

In the end, the Aleph Force was eliminated to the man. We retrieved their cubes for post-conflict repatriation, and set thermite charges on the remotes. Aleph would not be interfering at the traffic control center today.