Once more I find myself defending the ammo module from hostile forces.
This time with a proper table representing the ammunition depot facilities, the scenery with open rooftops is considered to be high enough to be connected with the roof so it blocks line of sight.
Regular doors can be opened with a short movement skill.
Additionally we will play with the Restricted Range and Arsenal scenario rules. That means all 80+ cm shots are considered misses and limited ammo has no effect. Yes that means infinite D.E.P.s and panzerfaust for everyone!

Just a couple of hours after the first registered security breach in the Xaraks ammunition module, the alarms starts ringing once again in the security room. The sound of footsteps rumbles while kazak troops run to the zone where the enemy troops are entering the installations.

That was to much activity for a forgotten rock in the edge of the human sphere. After the previous engagement, reinforcements where requested but the estimated time of arrival is unknwown.

Until more reports are registred in the zone, the kazak troops are alone...
We will defend this module no matter what, Xaraks will not fall!

As the kazaks arrived to the elevator zone they inmidetly start to set up ambush positions. Suddenly the industrial elevator starts making noises but something is not normal. The elevator is making metallic noises, and it's taking too much time to arrive, it seems to be struggling.

When the doors of the elevator finally open a set of mechanic legs start moving.
MAGHARIBA! everyone we have a hostile TAG in the zone, engage with caution.
How the hell have they managed to fit a Maghariba through those corridors!

The rest of the Ramah units follow the tag and start taking positions, at the rear of the formation an Al Fasid moves to cover the flank. They are definitely not here to take pictures 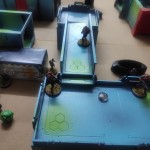 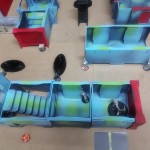 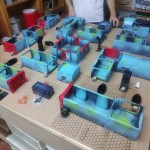 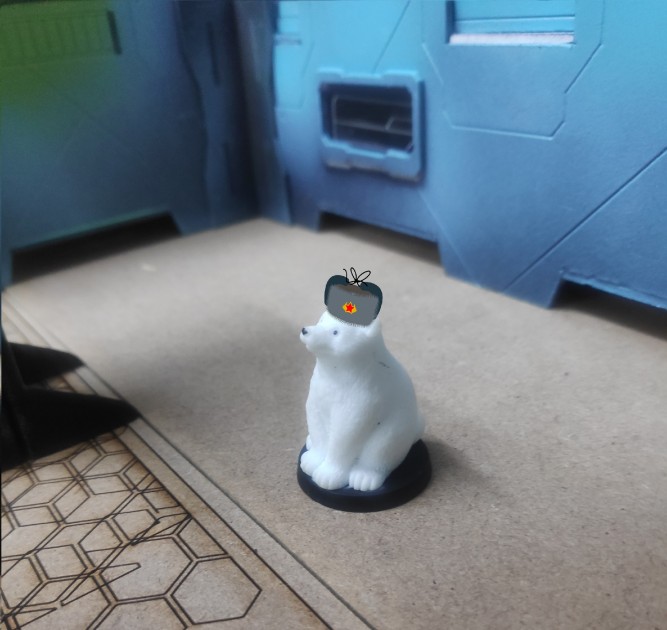 This mission will be supervised by the cossack bear HVT 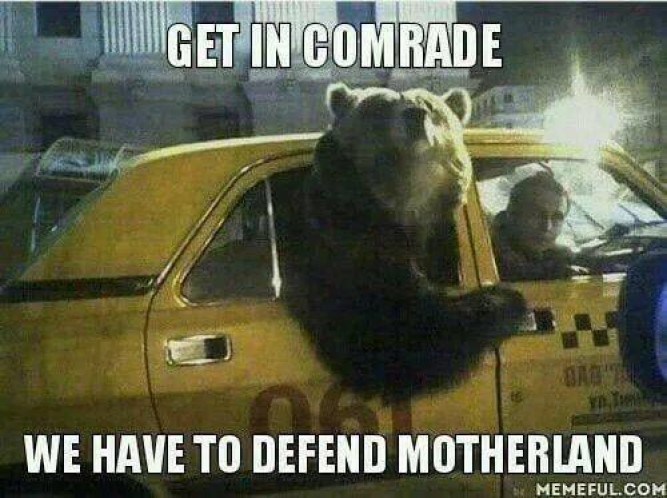 Ramah units take the initiative and advance their heavy TAG but get confused by Vassily's decoy while they are unable to discover the ruse. 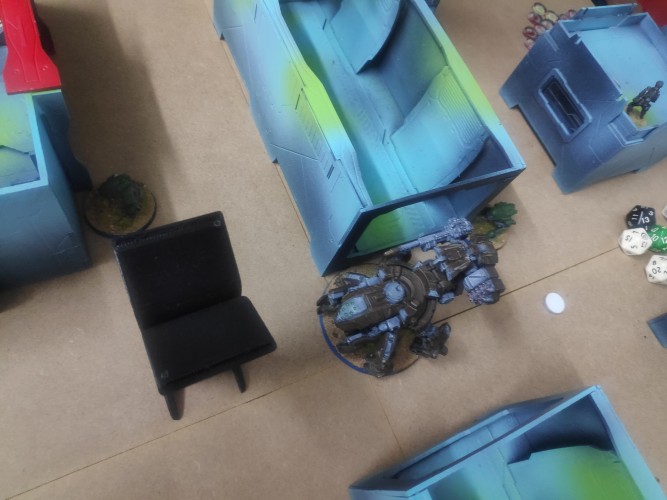 As the Maghariba maneuvers, the lumbering TAG targets the linked veteran kazak. It's a difficult engagement for me but the veteran needs to buy time and burn enemy orders or they will end up surpassing our defense forces. 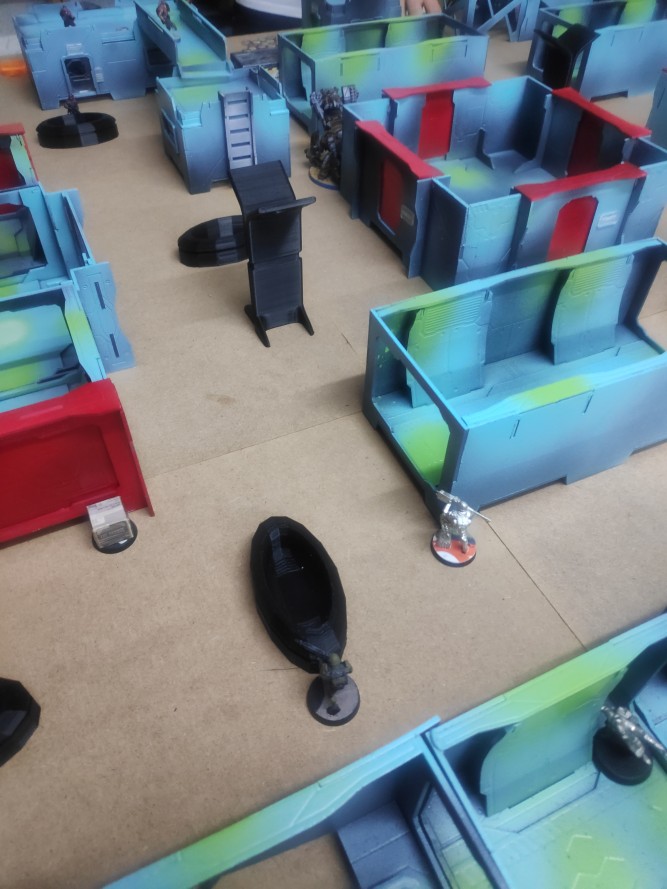 The veteran ends up dying but he manages to waste a good amount of enemy orders. It's a painful loss but stops the Ramah advance.

After that the tag launches a mine just in range of the frontovik link team! 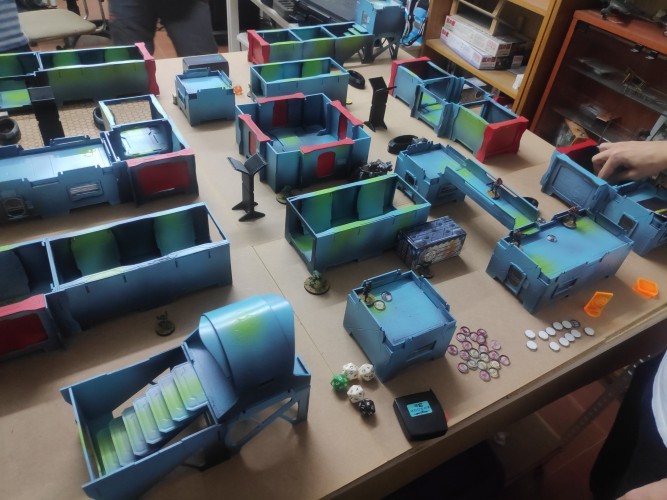 Ramah forces end their turn setting up suppressive fire to increase the pressure to TAK troops. 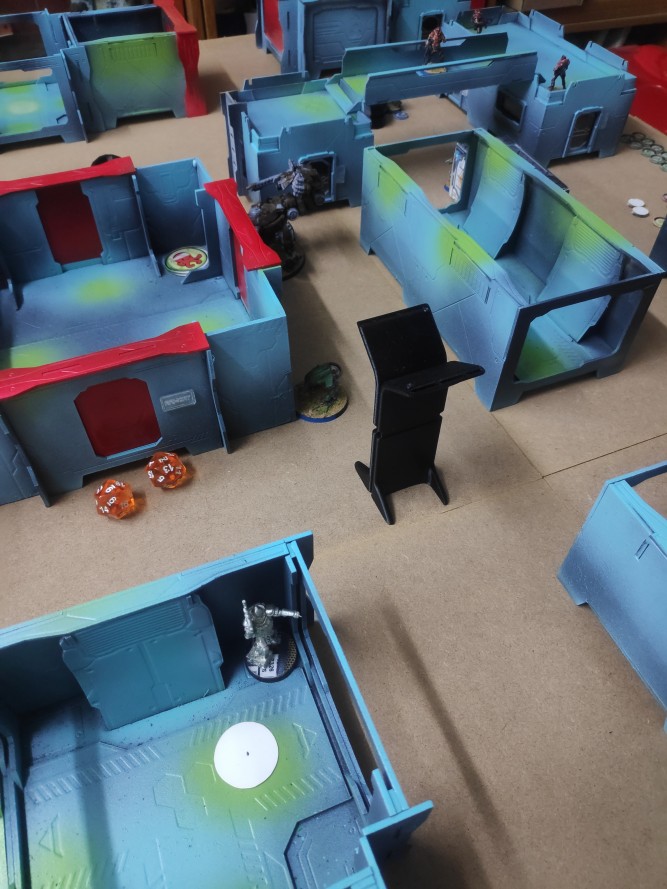 Vassily Plushenko moves forward to destroy the total reaction, and the companion remote of the Maghariba. After that he tries to hit the Tag but fails to make any damage. 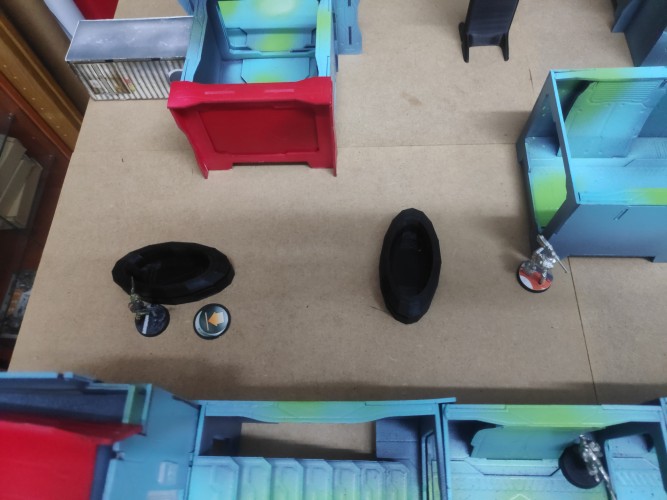 A strelok manages to destroy the mine dangerously located in fornt of the TAK link team. 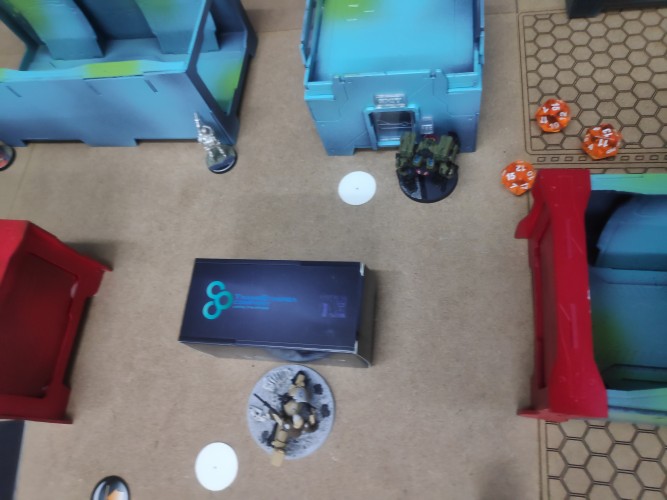 At this point the only thing left to do is a coordinated order to set up suppressive fire with Vassily, the Strelok the Dynamo and the Ratnik. just in case a paratrooper appears or something tries to engage my troops in the deployment zone. 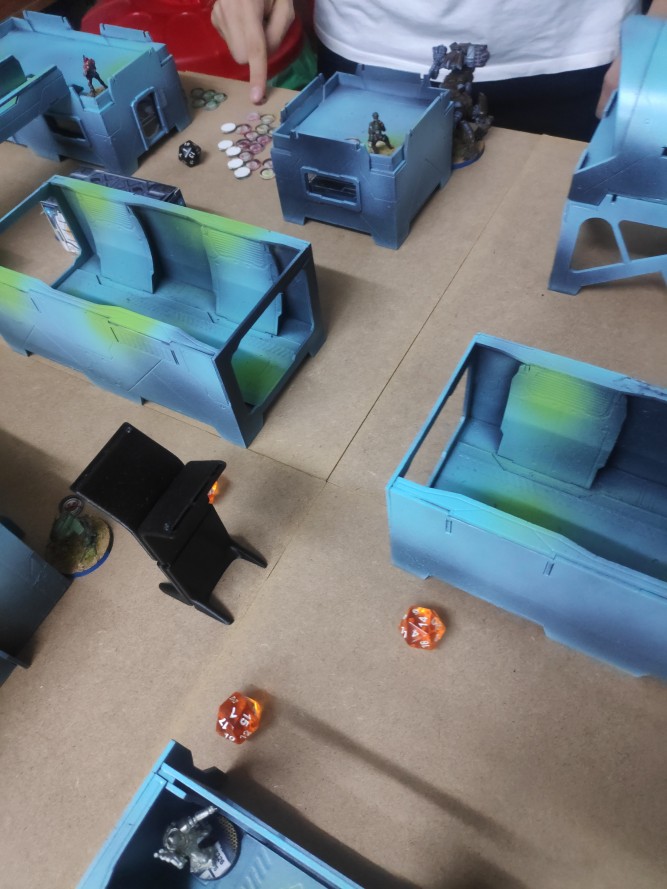 Maghariba attacks again, this time he kills Vassily but he manages to score two wounds with a critical hit to the tag before going out. 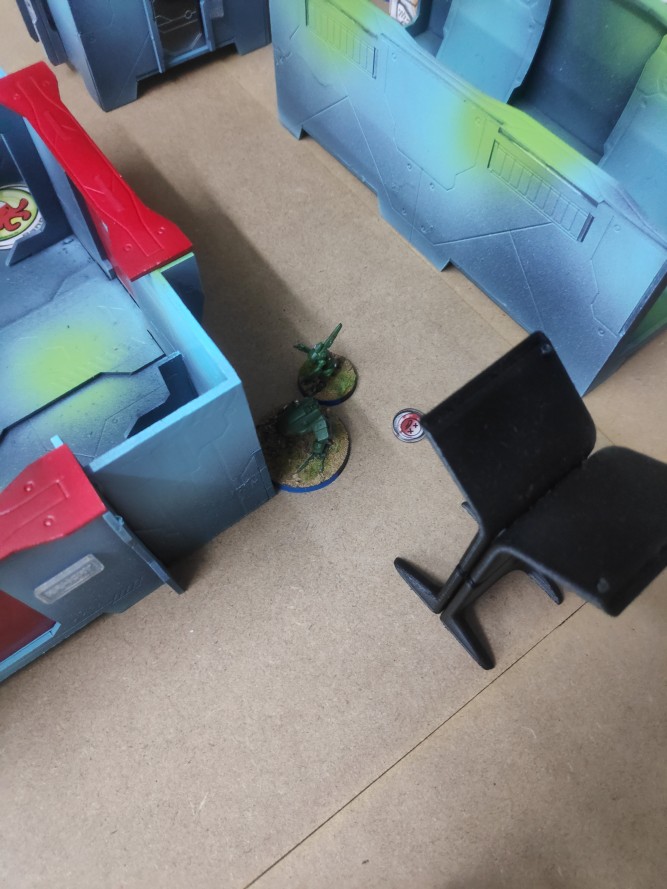 The remote companion of the tag goes back online with a lucky roll. 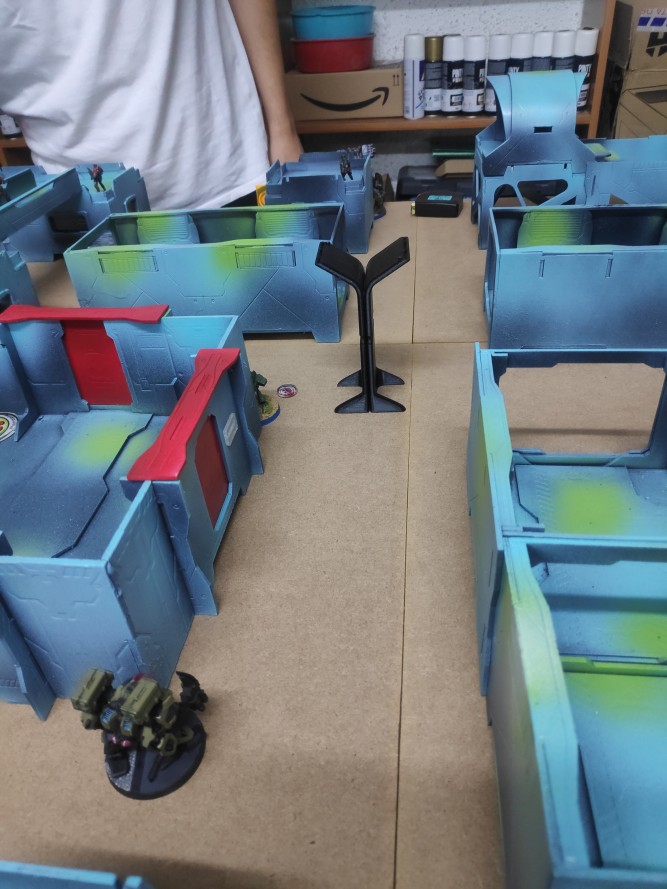 It's Ratnik time! the cossack beast kills the remote and finishes off Ramah's TAG with a well aimed panzerfaust.
Making some side steps also destroys the engineer bot. 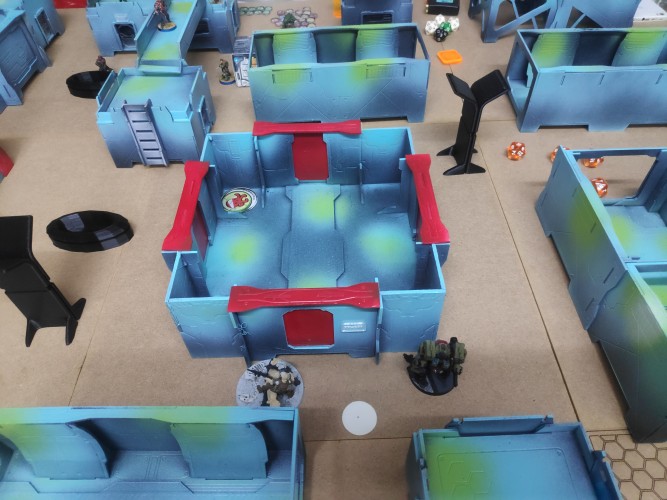 The dynamo aproaches the armory and once again sets up suppression fire. 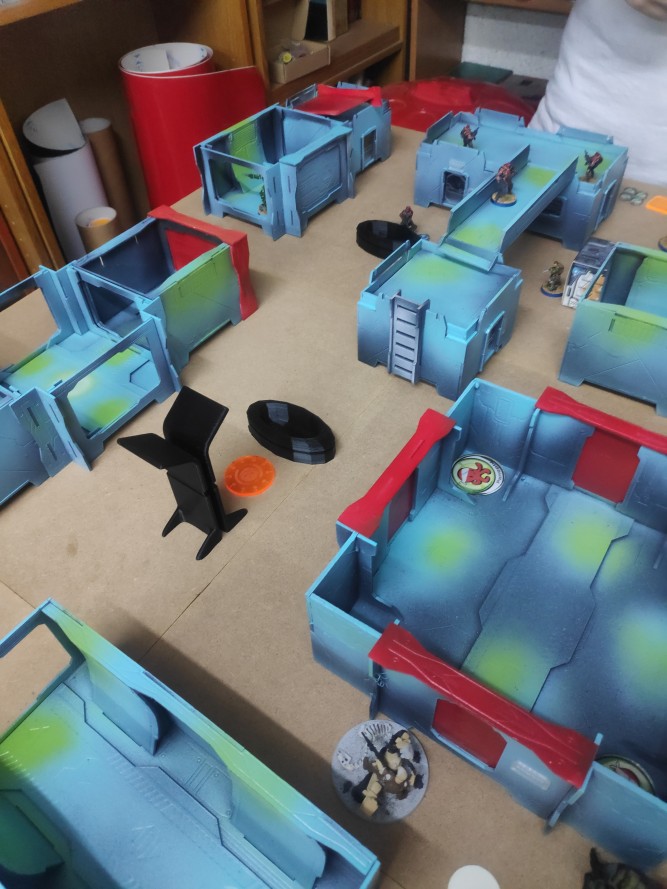 The al fasid opens a door and opens fire on the biker but a lucky smoke throw saves him. 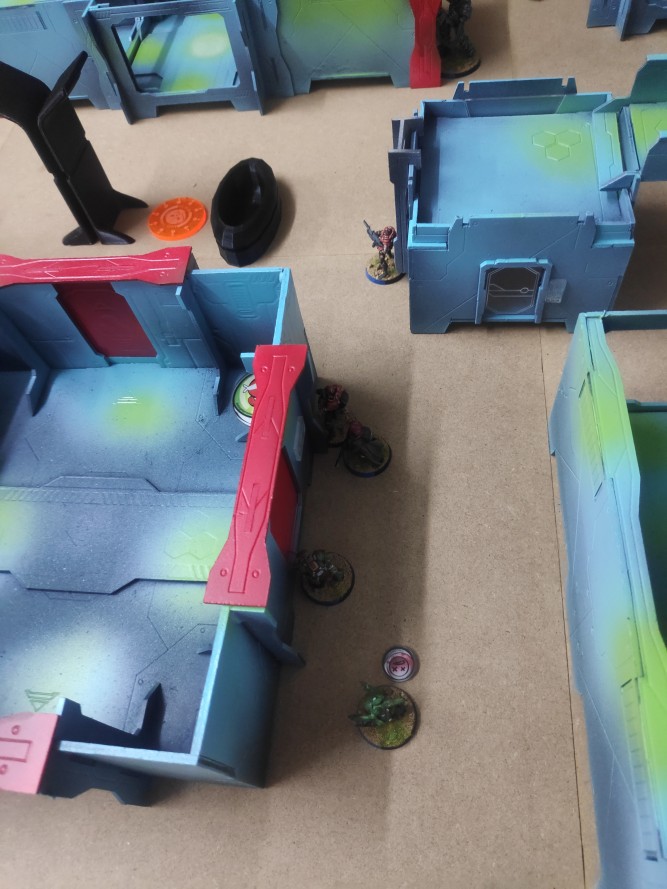 Ramah troops prepare to breach the armory room with shotguns and flamethrowers. 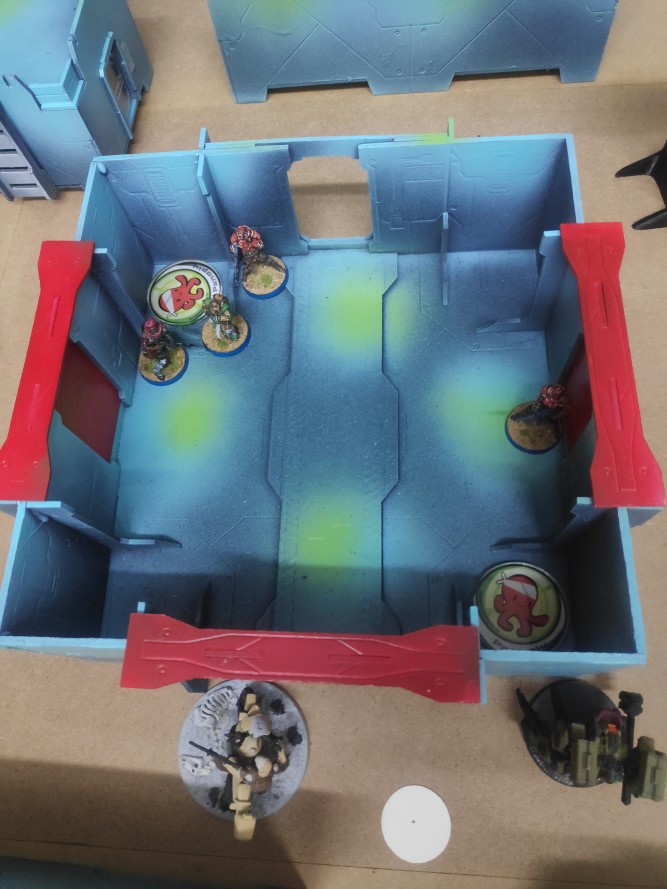 They manage to open the panoply once with the last order.

Frontoviks claim vengeance for the fallen veteran comrade shooting with a light rocket launcher killing one Naffatun and the Gulham.
After some maneuvering they also kill the last Naffatun

With just one order left and one kawarii inside the armory, the dynamo must get inside the room and kill the enemy troop to win or the Cossack troops will lose the mission! 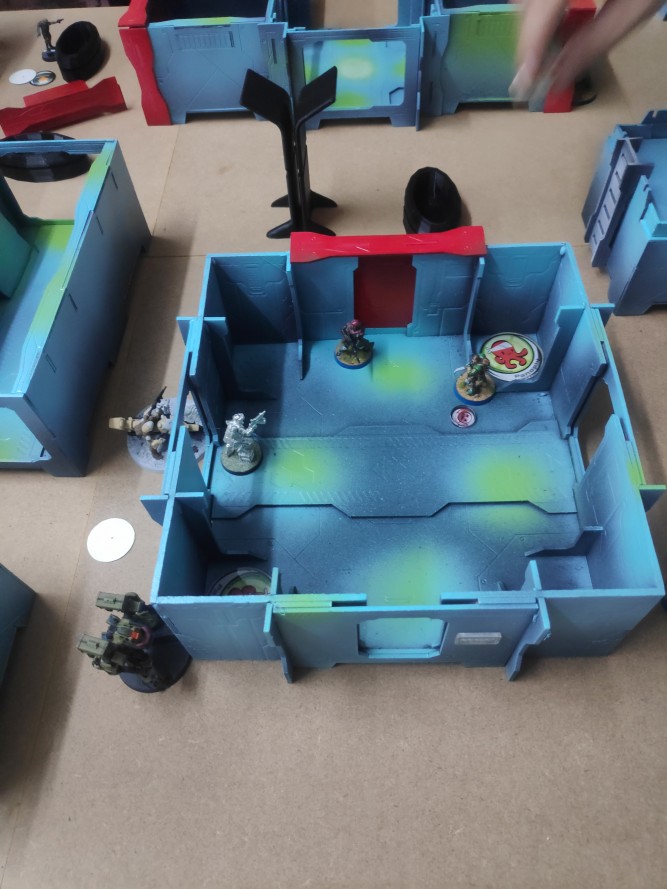 Shotgun vs SMG the game will be decided with this order, the dice roll and ... It's a hit! The dynamo scores a hit and the Kawarii fails the armour roll!

TAK wins the match in the very last moment!
That was too close.

Comrades! Xaraks will not fall, not on my watch!
The kazaks will stand strong until the reinforcements arrive an no galactic trickery or machine will brake the will of our troops.

I hope you enjoyed this report, see you in the next one.
For Dawn!