To Kill a Snake, Cut Off Its Head

So, this time finally a battle in Harry's Bar.
I faced again Haqqislam but played by a different friend.

I win the dice roll, this mission is aggressive so I decide to go first.

I've my Kiutan that is in a good position and I've to face many little models, so the better solution for now is to use it. My first target is a fanous REM that falls unconscious, after a liberto minelayer camo reveals itself but my Kiutan kills it, another REM, a Kameel, suffer the same fate. On the other side, I ise my linked Taagma sniper to kill my only visible target, the viral sniper lasiq that dies. My Rasail moves and discover and kill an enemy camo, that is an hunzakut, after I hide my model 'cause is my LT. and I must be carefull. The tricore with my Draal moves and I put a camo marker to cover my left flank.
The three ghazi move on the battlefield, the closest is my Kiutan that is in suppressive fire, one of them dies thanks to my Taagma, another one dodge and the last is killed by the Kiutan. The last Ghazi now use its smoke grenades to help the djanbazan that, after some orders, kills one of my helots and my taagma sniper. In the other group, my firend use all of his orders to use Al-Djabel to kill my Kiutan that is really close to many enemy models, I reveal one of my helot to discover the model and after that I discover it also with my linked Kosuil, so the enemy assassin attack my Kiutan with no surprise shot, at first I take a wound but when it shoots again I kill the enemy model.

The Lt. Naffatun is prone on the top of one building, I move my Kiutan again, this time kills a non lt. naffatun and after that I move on my right side the tricore, my first target is a camo Farzan, discovered and killed by my Draal, then it kills the last ghazi. The Kiutan kills from the distance another Naffatun but the Mukthar and the djanbazan are out of my LoF and I need too many orders. I hide my models again and the Kiutan returns in impersonation.
Now djanbazan has no smoke grenades, it opens fire against my Kosuil, we're under 16 and my panzerfaust are better then its HMG, the enemy dies. but the Mukthar has more luck, my engineer loses its symbio armor and it retires to avoid being targeted again. With his last orders, my friend move some models just to cover better its Lt.

Now I've my right flank free and my tricore moves again, after some orders I decide to sacrifice my Kosuil to kill the Naffa Lt., mission accomplished and my model survives thanks to my amazing dice roll. My last target is the Barid Hacker and in the other group, the Rasail, that is my data, kills the des. target.
The Mukthar finally kills my kosuil, after, the last naffatun moves and tries to target my Kiutan but without success. The match end. I won 10-0.

Some considerations : my Kerail do nothing, but 'cause my Kiutan really did an exceptional match, the Draal tricore is always amazing and naffa Lt. was really noise, next time I want to play Neema and the Igao. 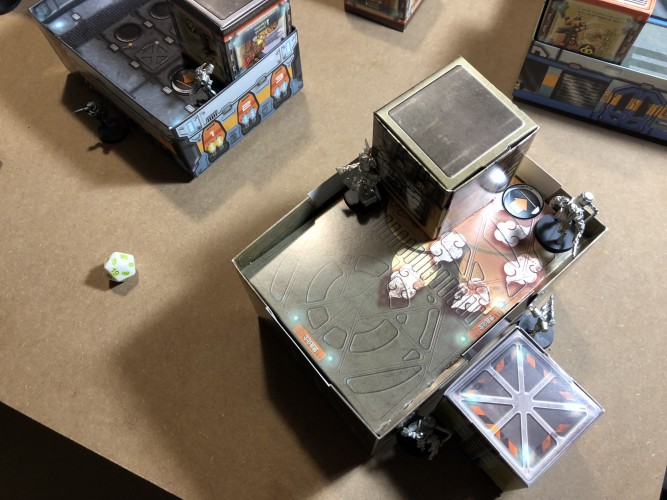 This time the Taagma was not too incisive... 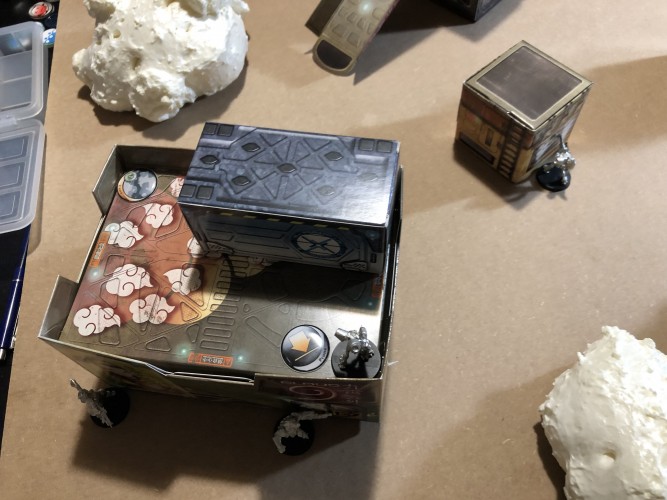 On mi left flank I've many nanopulser, flames and a camo helot ;). 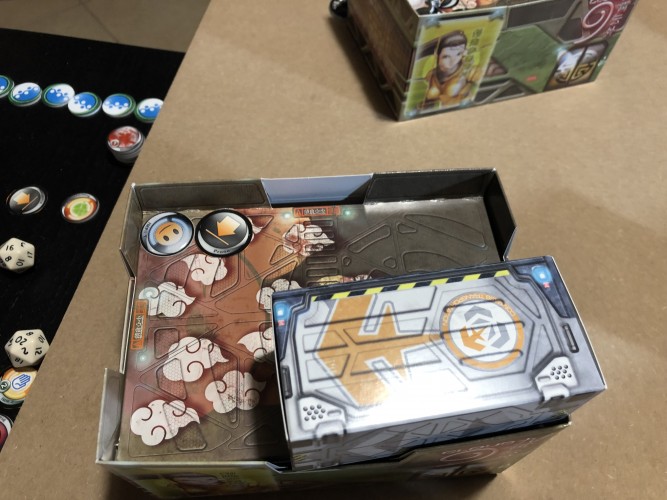 I know you're here, Al-Djabel xD. 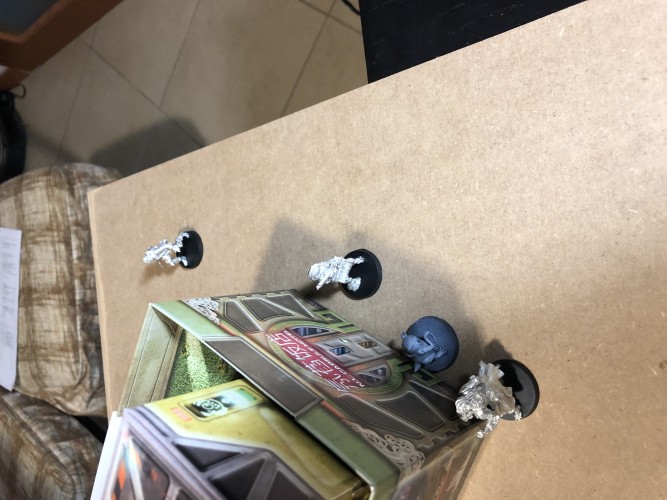 The tricore moves on my right flank, killing everything. 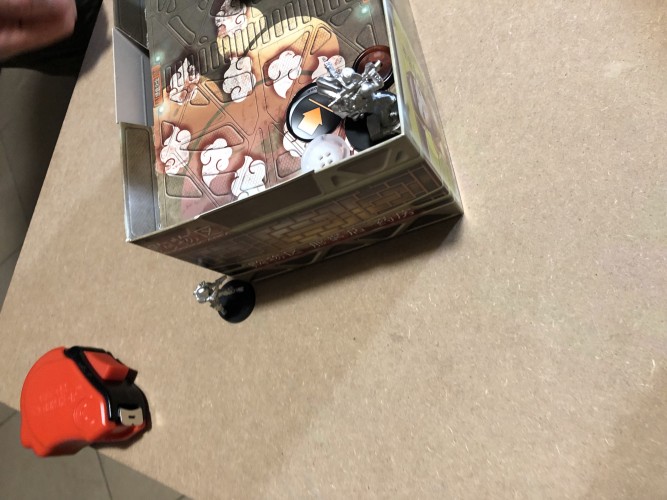 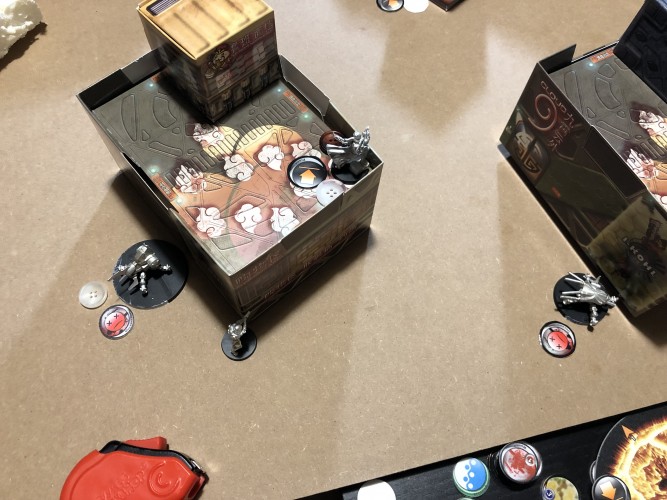 Some of the Kiutan victims...