When a transporter brought down JSA soldiers, Lion Tremere was quite happy. Since the dawn of independent Japanese nation, Tohaa always supported them, feeling a strong tie with their own struggle against an oppression machine of E.I. But Taqueul officer soon finds out that they weren't friendly reinforcements but rather come local Yakuza forces, following their Oyabuns orders. Apparently, some Japanese loyalists, serving Yu Jing at the Quarry owed a huge dept to this Yakuza. And now, when Lion and his triads dispatched these traitors on their first mission, Yakuza expected that Trident soldiers will pay for their losses. Taqueul officer offered them some vodka and a year-long supply of antipode food from the Armory, but that strangely only enraged JSA forces. 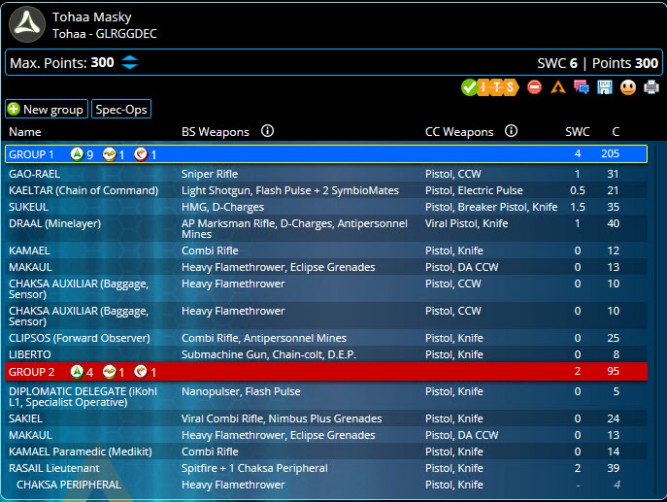 I apologize for the amount of unpainted models and proxies. I've just received Spiral Corps box and will try to paint them asap. 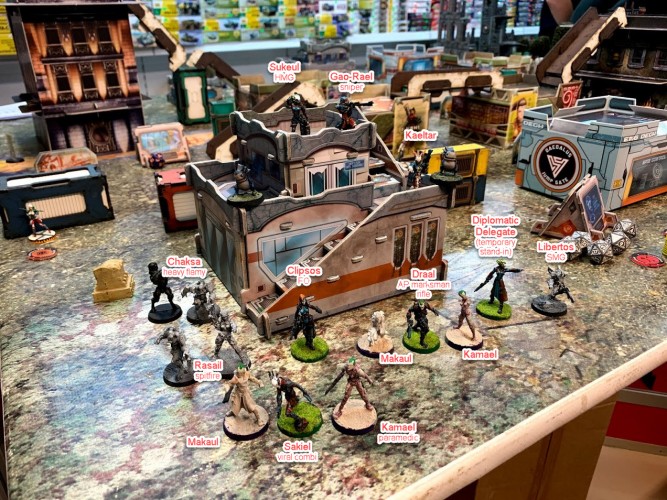 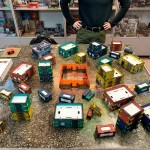 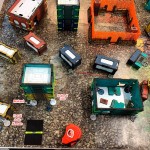 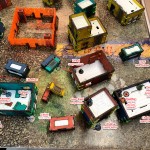 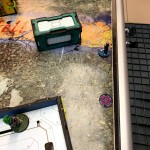 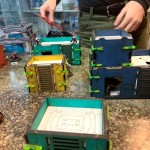 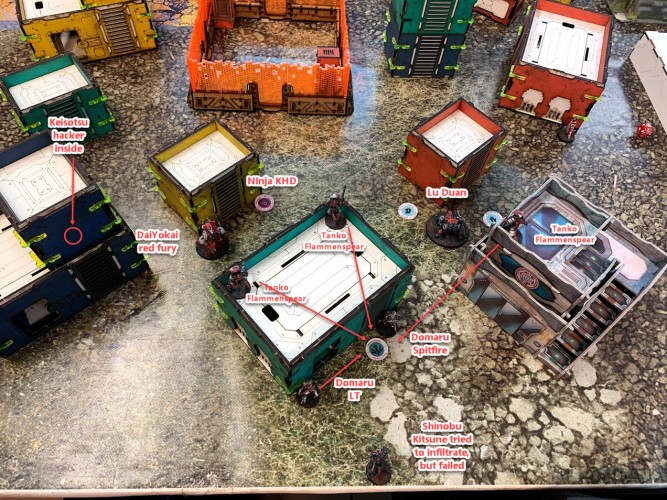 Shinobu Kitsune tried to infiltrate near the Tohaa HVT but couldn't pass the pherrocheck and got kicked back to the Japanese deployment zone.
Keisotsu hacker put an assisted fire on the Lu Duan and send a warmachine storming Tohaa trenches. Unfortunately, in his first firefight, Lu Duan found himself at the bad range and got critted by the Sukeul HMG.
Ninja KHD opened an Armory.
DaiYokai went guns blazing, but he couldn't overcome Sukeul HMG Fire and went inside the Armory losing a wound from the Gao-Rael sniper. 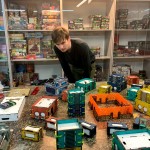 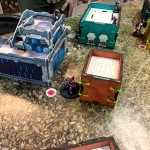 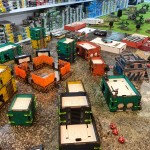 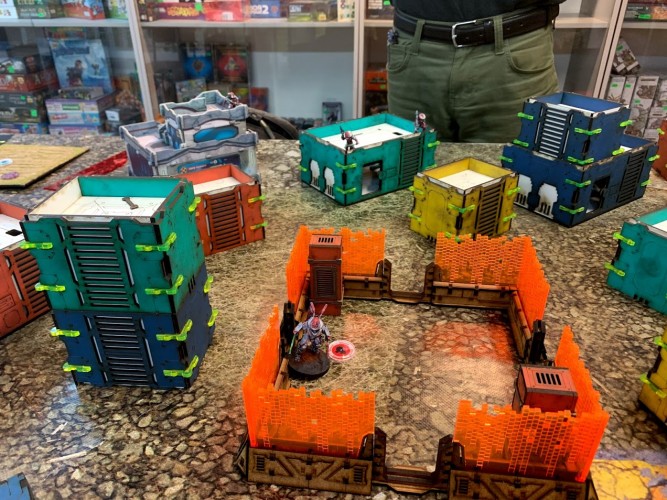 Sukeul HMG was so awesome in his reactive turn, he fought himself invincible. But when he faced a Tank flammenspear, he burned down to the cube. Soon a horrible truth became apparent. Three Tanko, each with a flammenspear (endless due to the custom Armory settings) was able to cover every approach to the Armory and created literally a wall of flame.
Sakiel and his special triad went for the DaiYokai. First, shoot-out was uneventful, but with his second shot, Sakiel's viral combi melted down the DaoYokai's mighty armor. 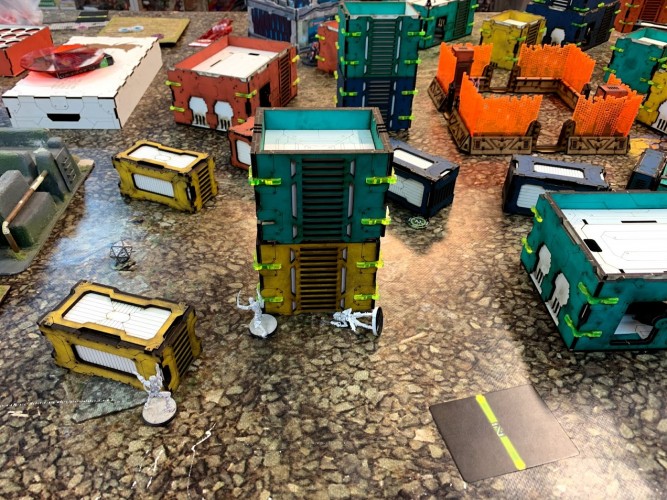 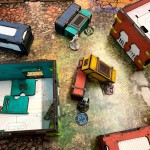 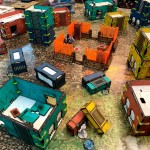 Draal advanced the field and put himself in the suppression fire. And Libertos claimed an empty Armory. 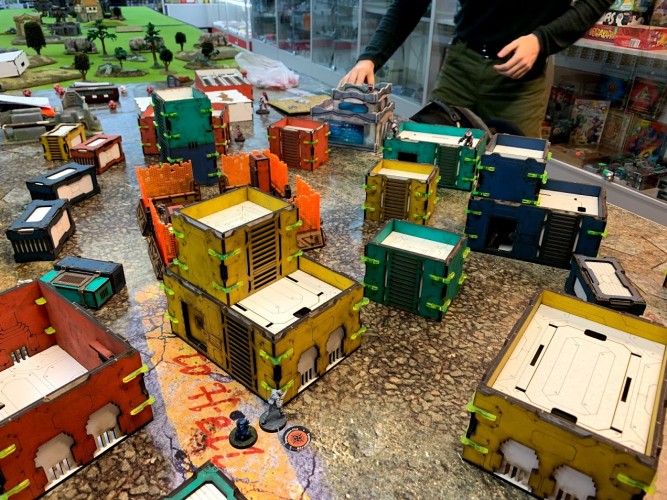 With a few tries, Ninja managed to kill the Libertos, but he left behind a small present. Shinobu moved to the walls of the Armory and returned to a TO-camo state with a Ninja KHD. 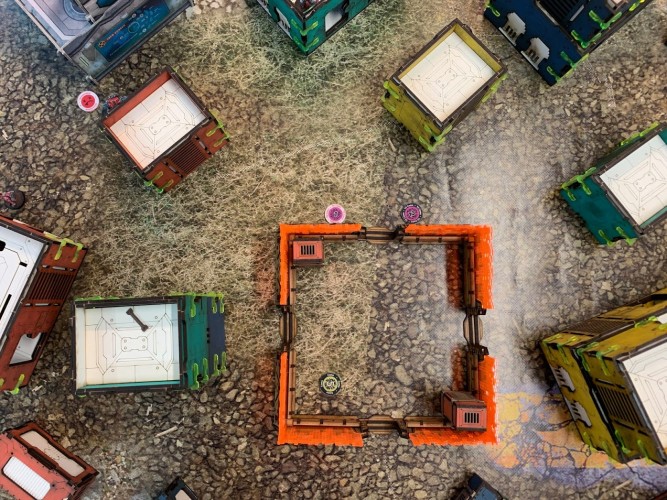 Draal went on an offensive, shooting down a Tanko with his mighty submachine gun. Next, he tried a discover-shoot and blasted a Ninja KHD. But Kitsune was more stealthy and Draal couldn't discover her. With his last order, he opened a door to shoot down an innocent Keisotsu hacker.
Sakiel and his triad claimed Armory for the Tohaa's cause. 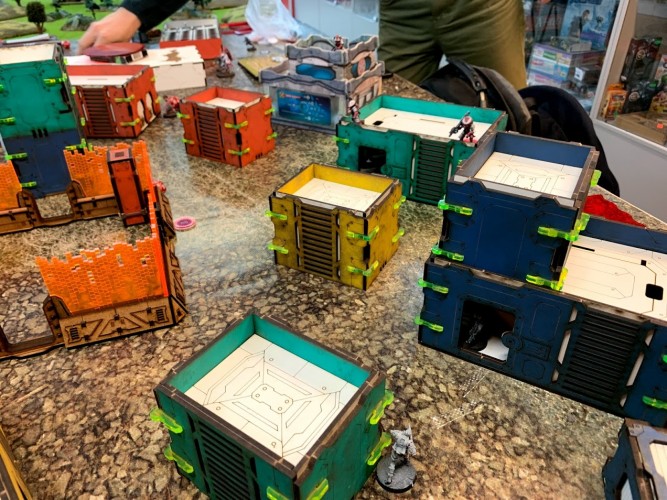 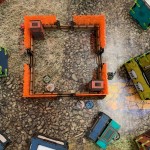 Samurai rushed to clear the Armory from the aliens, but Domaru with a Spitifre met a Sakiel, who straight up rolled two crits with his viral combi. Samurai were shocked with the sight of their brethren melting down from so much viral munitions.
Shinobu put down a cloud of smoke and quietly slipped inside the Armory. 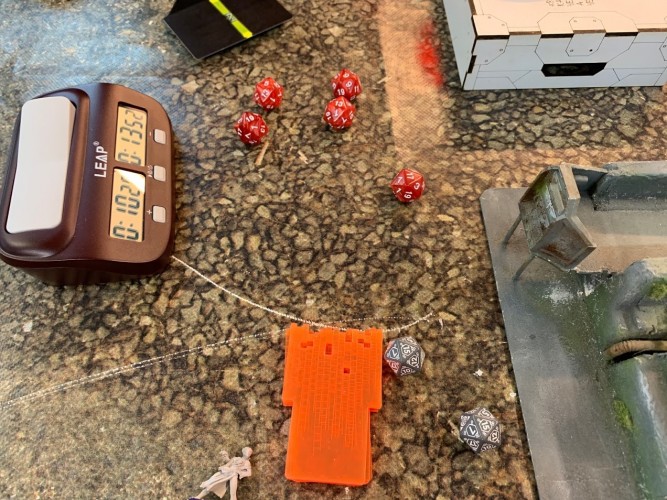 We had to end our game early, But a TO-camo Clipsos could easily move inside and their total points cost with the Sakiel were enough to guarantee a Tohaa victory. 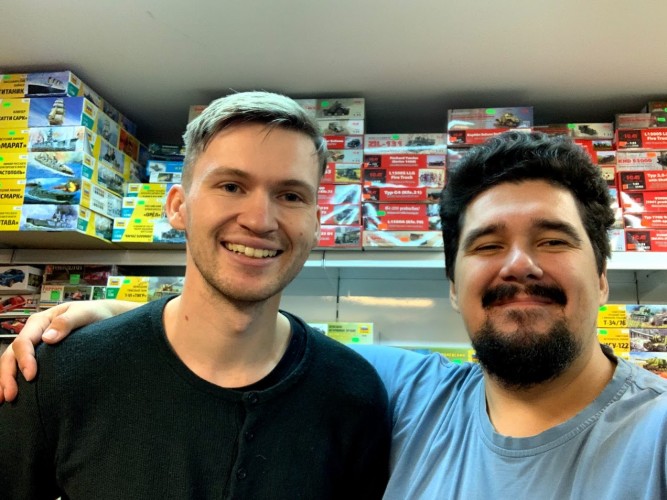 A customary "Before the Harry's bar" photo.