Following the greedy opponent, who did not take off his legs after the first victory, the remaining forces were pulled into a second vault.
Someone Kasim Bek, wounded in the last battle, was now seated on a bike again and led his bandits forward.
To replace the fallen Ninja came others. They introduced themselves as well. Moyashi, Risu, Usagi.
This time, all three were determined to take away from the enemy what he had taken in the previous clash.

Three Kurokawa Ryu Ninjas have already taken their positions near strategically important points. Just like last time.
The initiative was on our side. Appearing from nowhere, experts began to crack the tech-coffins protection.
Ninja Usagi was the first to complete her task and retrieved equipment from coffin. After that, she successfully hid behind cover, escaping from the fire of the enemy Odalisque with Spitfire.
The hacking Moyashi fell under the fire of Al Hawwa Emerging from the Void and was incapacitated by fire from the Boarding shotgun.
At the third point, everything was not smooth either. The enemy did not allow Risu to get close to the coffin, controlling the passage by a sniper.
Going to the rescue Kempey Kazuto – was wounded by a shot of the enemy, controlling the passage.

Thanks to the timely appearance of Keisotsu, who shot the enemy AL Hawwa with Combi Rifle shots, the enemy was unable to take over the equipment. The next enemy specialist was disabled by the brave Ninja Usagi, who hit the enemy from around the corner of the Tactical Bow. Now he has no one to crack the third Coffin. But the shootout continued.

The enemy already realized that he had paid for his greed. Throwing them back, our specialist Ninja Risu was able to get a third box of equipment from the hacked tech-coffin. The victory was already ours. The bandits understood once and for all what the Warriors of the Japanese Secessionists Army are. But they will come back … 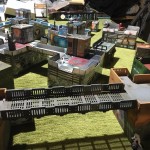 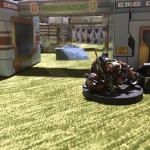 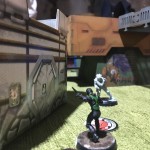 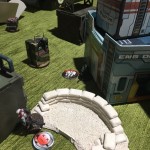 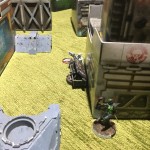 1 Person Has Recommended Jyugo009 For a Commendation