Everybody was Kung Fu fighting 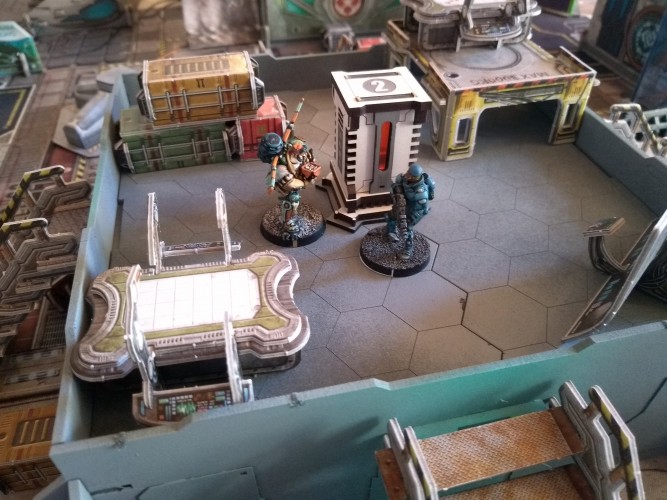 This is how it all started: "Damn Angus this was supposed to be my Beer" 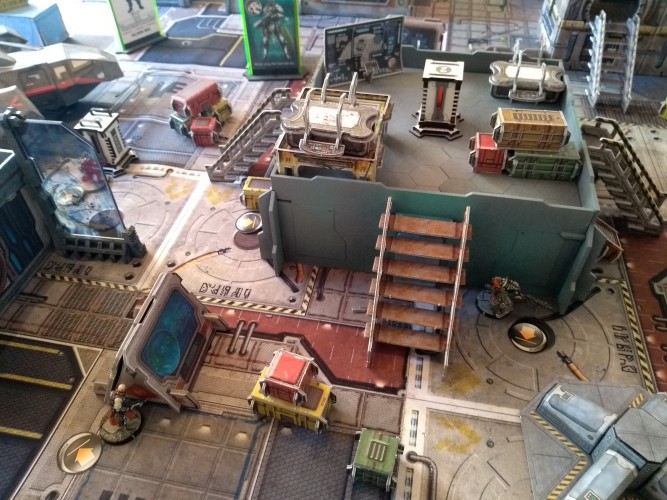 On to the mid game of our little escalation event, we played firefight with angus and extra fat Yuan yuan, I got lucky and chose the yuan yuan with boarding shotgun - Yeah - and I won lieutenant roll as well - Yeaahh - how could this get any better. With a 16 Inch deployment zone I thought it would bei easy to put the chain rifles of my kuang shi and shalolin to a good use. My opponent deployed with 2 sniper grunts and a marauder HRL on ARO duty, so it seemed to be smokedodge against fire/shock ammonition for the impetous face.

I lost a kuang shi and a monk to sniper fire and choose to let fat yuan yuan enter the battlefield from the right side, just out of LOS of Angus and a minuteman. With his irregular order I had a go at angus but whiffed both shots and he got a hit. Poor fatty went down due to his breaker rounds. My Tiger soldier went down the same path as yuan yuan, but he killed both angus and minuteman (his Lt.). Then He exchanged some rounds with a sniper grunt and put him down as well. The Mowang advanced and after several armorsaves of the second sniper he went down too. I ended the game round setting up supressive fire with both mowang and tiger soldier. 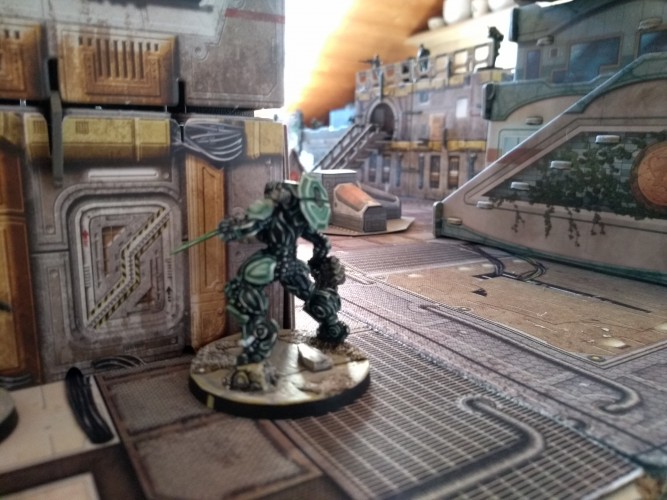 JoButcher was in loss of lieutenant so he used some command tokens to activate his fireteam, he got lucky with his minuteman APHMG and chewed through my mowangs armour in two orders (5 dice on 7 vs 3 on 10), but my Tiger had revenge on his side and got a crit in the next order.

I had to get rid of his marauder datatracker who was prone on a bulding, guarded by the marauder HRL who hat killed to kuang shi with his rockets. My datatracker was the kuang shi control device who was quite safe in my deployment zone. I used my last shaolin and some lucky smoke rolls to block line of sight to mount aro and then I spent the rest of my turns order to climb the house and kill two of the marauder haris in close combat thank's to stealth. 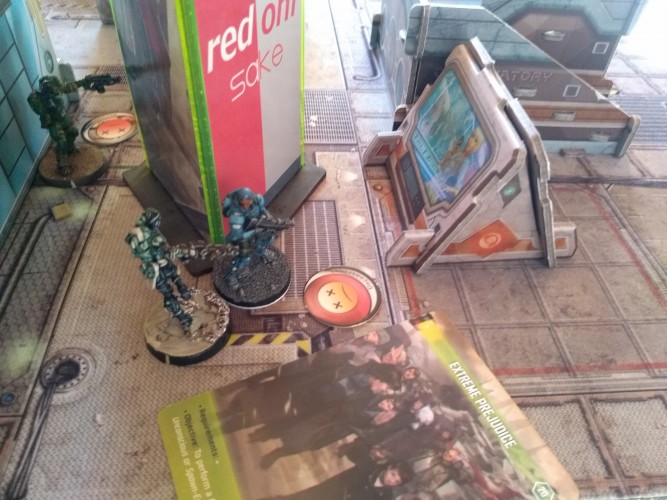 A act of grace 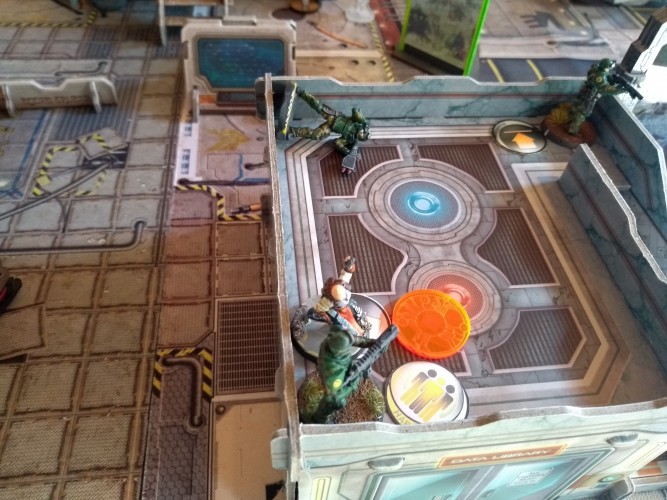 Sticks and stones may break their bones

Jo Bucher started his turn with a new grunt Lieutenant in a building prone and about 3 orders left, so he layed a Mine with a foxtrot and then He went into suppressive fire with him.
3rd turn for yujing. My krakot attacked the foxtrot and used berzerk to kill him quite safe, but he went down too. Then I had a go at the new Lieutenant and the grunt really shined, he killed a kuang shi, critted my guilang, and burned my daoying Lieutenant and passed several armor rolls, a mistake from my side, because now we had both killed the same amount of lt's. With my last order I put the Tiger in suppressive at the end of turn, guarding the door where the grunt was.
He activated the grunt, realizing that there was not much left at my side of the table as well, but the grunt got shot by the tiger, who got burned as well. Ending the game. 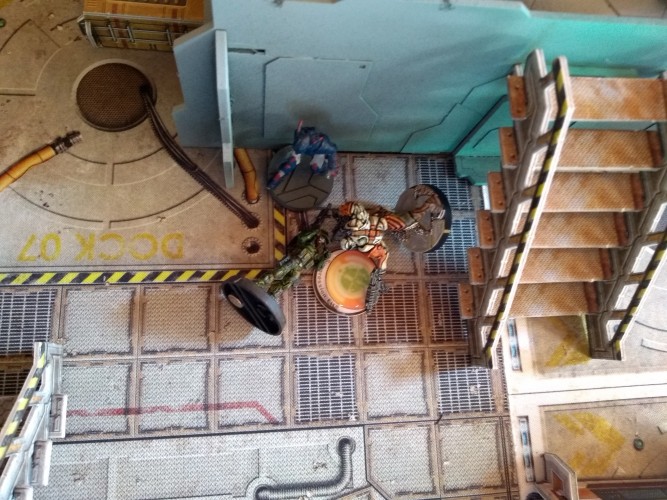 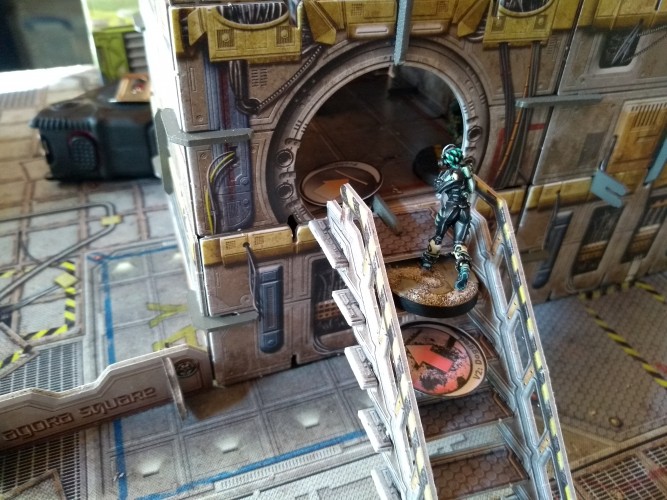 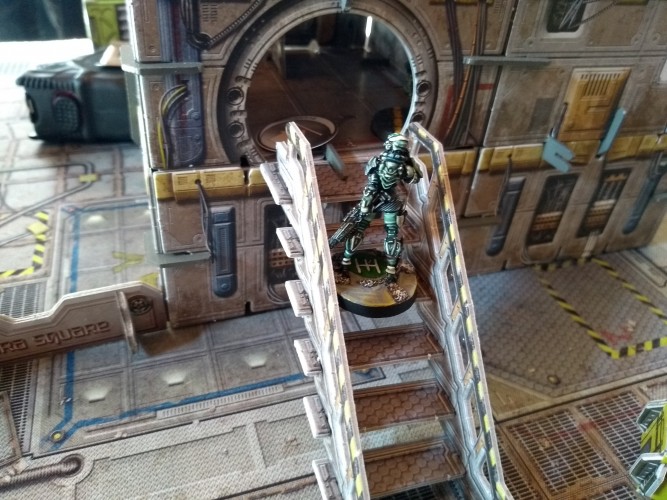 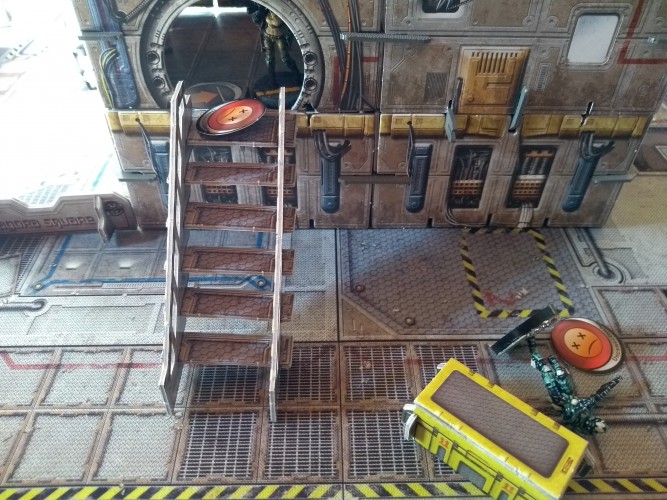