I’m just going to talk about the game itself as it was a complete and utter slaughter fest.

We decided on trying Extreme mode for Highly classified.. This absolutely spices the game up!

I encourage you to try it out.

So the cards were drawn and I was immediately giddy about Predator. I won the initiative roll and decided to take first turn. I generally like going second but with Highly classified it’s nice to not have too many end game objectives… With a heavy focus on killing my list was prepared minus an FO.. I need to fit an FO in there.
I started with the Mutts of course and a few of them were flash pulsed but no damage other than that. Then came Aljabel who was able to take out 3 models on his run. I then got extremely fortunate to have a daylami sneak into the back door and take down 3 link team members including 2 dakini.

OSS came hard back and completed the first objective.. Even with all of the damage I did there were plenty of Orders for OSS> My opponent mentioned Aleph has some “sticky” orders.. net rods for example lol.. he had 2 of them. Aljabel was taken down by his Shurkra consultant with BSG so that was a thing..

I was then able to score Predator on my turn 2 with my other Fiday! phew…

It continued to be a bloody game with Unconcious tokens everywhere.. I had got the jump on my opponent big time but he made me work for the win which I was able to get through secure HVT. Very good game.. at one point I was feeling very comfortable but my opponent made the hackles on my neck spike a few times. 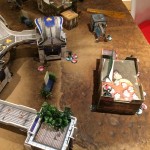 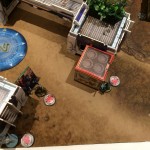 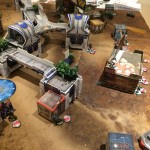 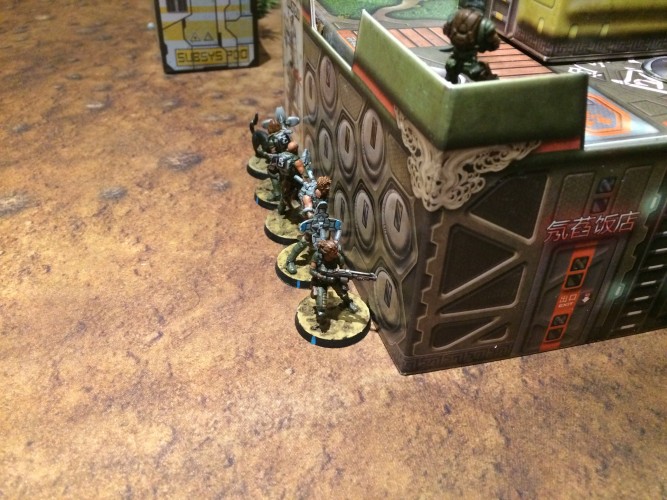 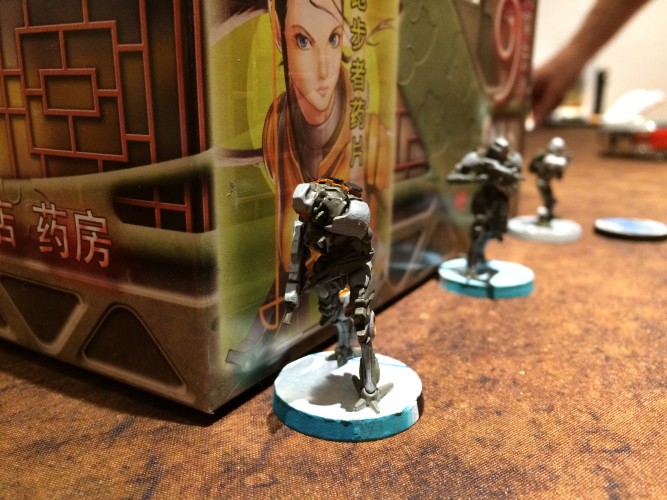 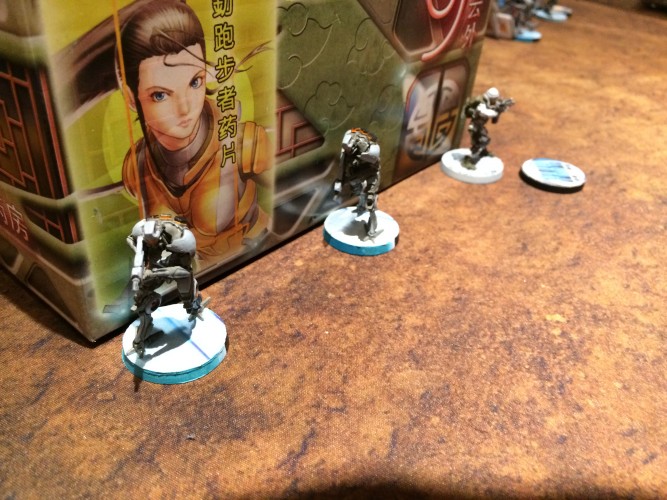 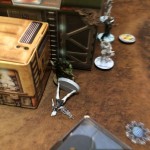 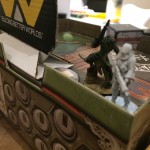 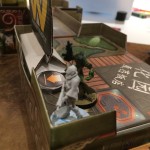 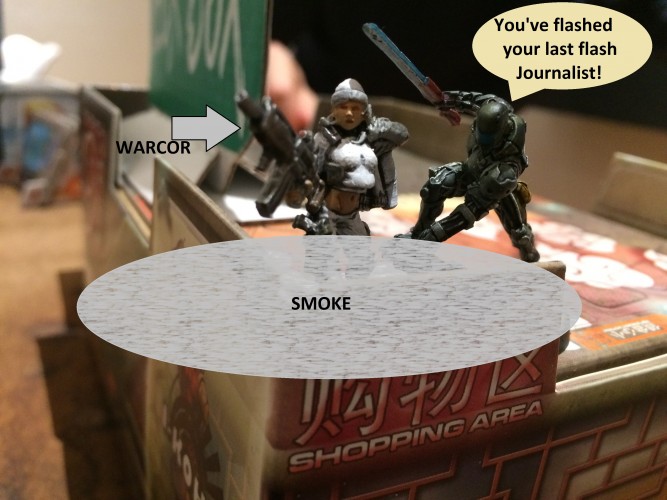 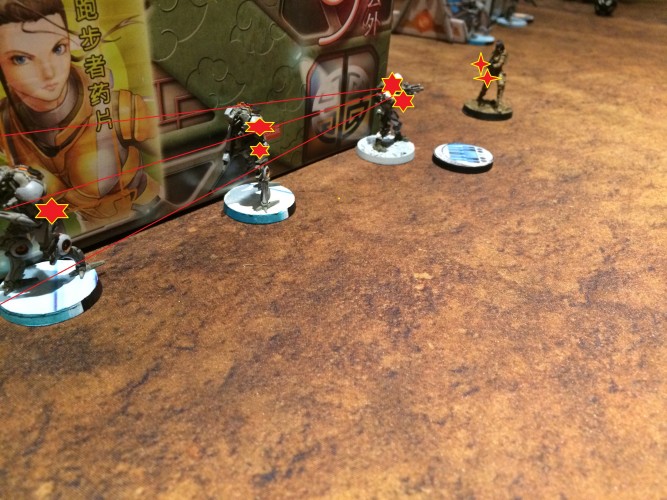 Daylami sneaks in the back row for 2 shotgun blasts at the link. CSU and two dakini. 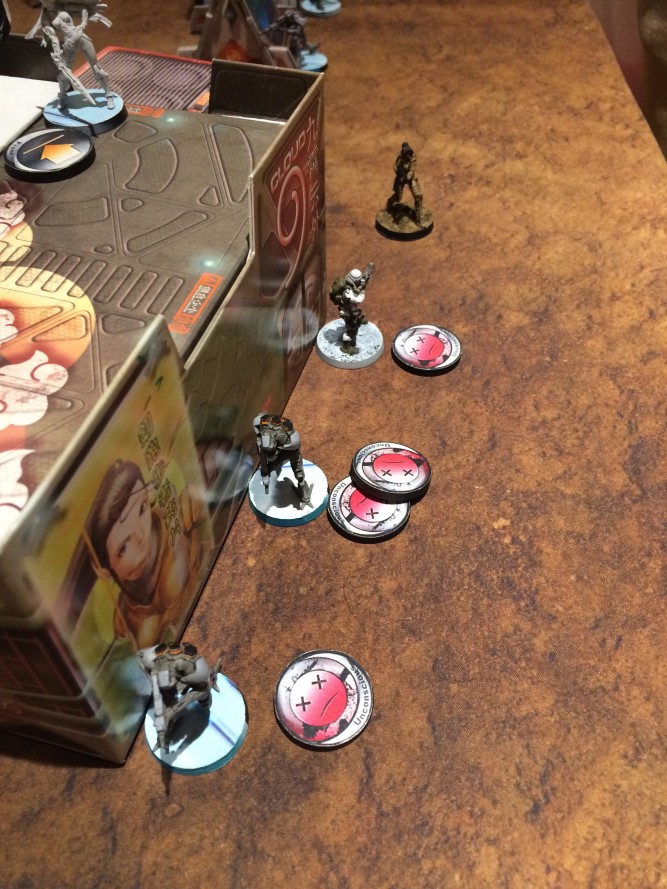 Everything went my way in this FTF taken all 3 out! 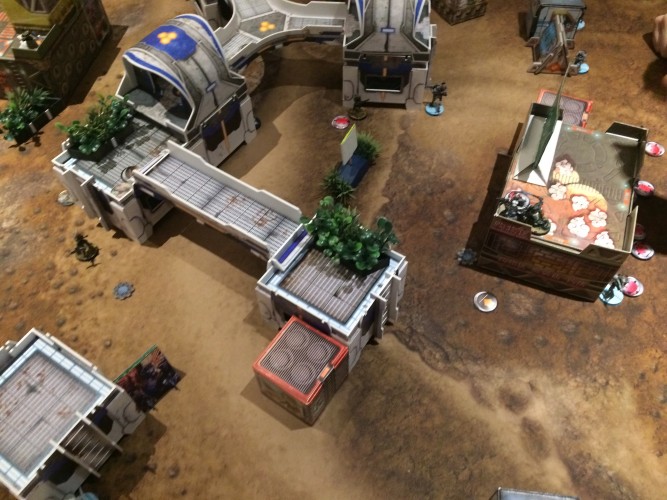 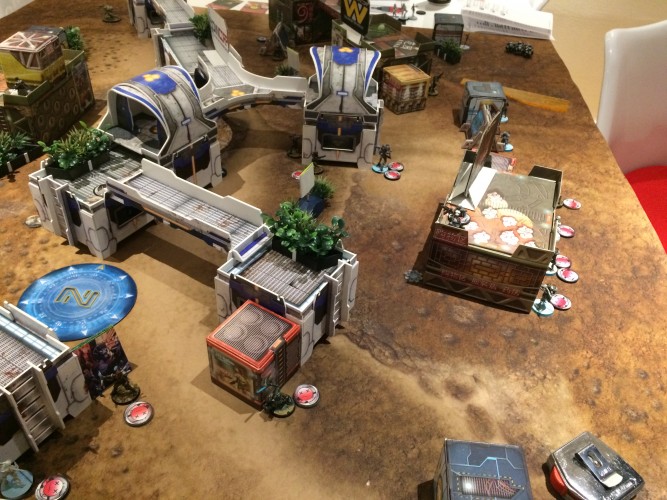 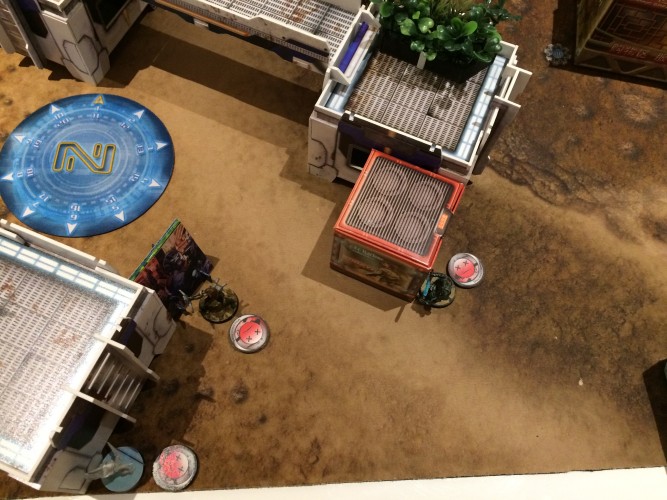 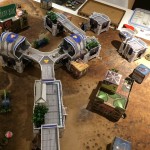 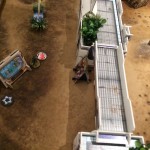 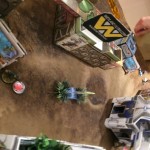 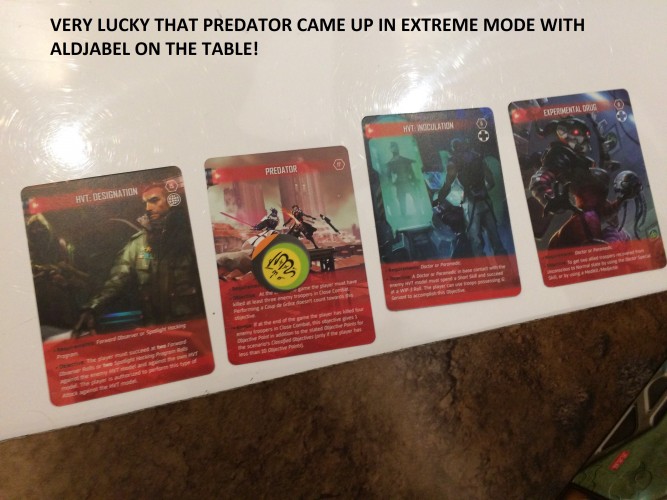 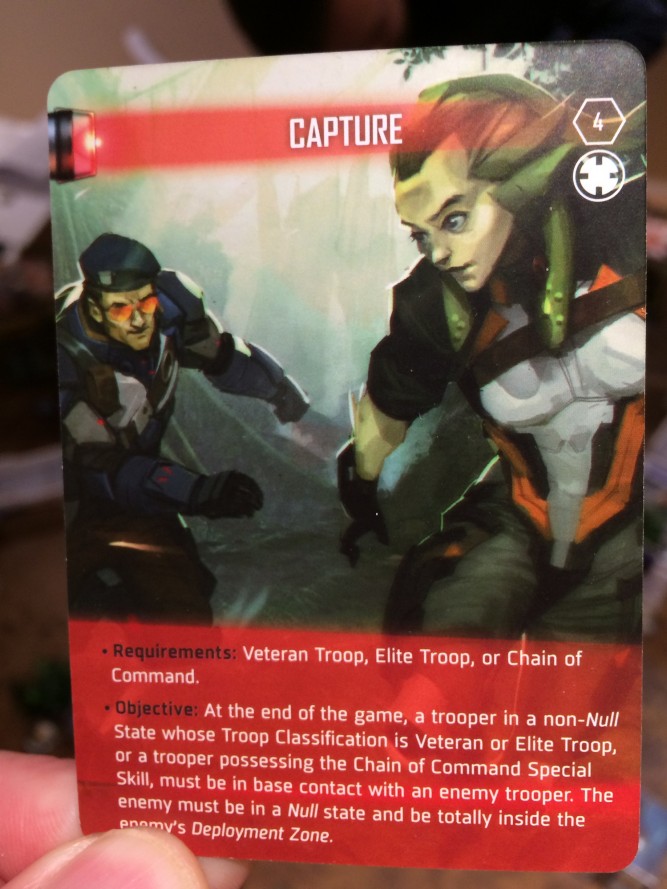 this was used to secure HVT for the win!