“Alright slags at attention!!!!, my grandfather told me the hardest soldier to train is an Ariadnan so stand at attention!!,, we were sent here to discipline you ‘dogs’ into what the 0-12 sees fit! and that’s meat sheilds!.. What? you heard us Haqqilsamites go easy on their troops.. well you got the wrong idea slags!!… We will run a scenario where you need to get supplies back to your base positioned here (points to holo display) , who ever has the most at the end of time or routs the enemy will take victory. We will then asses what training you need and make no mistakes you will make lots! .. Move into positions!

Lieutenant Darli was briefed earlier in a meeting between Ramah task force, the 0-12 and USARf at what the goals were.
” We need not only tough soldiers ,,,we need soldiers that can learn to adapt to conflicts. You will engage in situations and scenarios you would not think possible” said Commander Therin, veteran 0-12 of the Alpha…
“And remember Lieutant Sterling of USARF,, use of your dogs will be prohibited for now..” As they were dismissed Sterling muttled something under his breath, to which Lieutenant Darli shot him a cold look….
——————————
So just to be clear to everyone.. as a warcor I generally start a demo with 150 -200pts.. My opponent was keen on learning the game, had painted models did reading etc.. We set up for 150 pt “DEMO” game and it was over at the beginning of my turn 2! LOL It was one of the funnest demos I’ve ever done. We thought it would be fun to Incorporate it in the lore for earlier training where Ramah (having trained veterans and strong) would train some younger soldiers from Ariadna.. Well the Antipodes were let loose and spelled certain doom for my left flank ..including my lieutenant which I will put in my bat rep.. So we reset and played a full 300 pt game immediately after which will be another report .. Enjoy!
————————————–
Turn 1 Ramah Task Force
Usually in a demo game I take first turn if I have the option as I can show how movement and short work and the general basics of Silhouettes etc.. I did go first and started with my Kwarij Rocket launcher moving to the right side to take out a target behind a rock. With that being successful I then used my Naffatun to go grab a supply box but I was slowed down by some ARO’s so It took more orders than I would have liked. I did get the first supply box however and backed against a wall for some protection.
Turn 1 USARF
With the impetuous maverik going first he moved up and tossed a smoke grenade but missed.. then the dogs followed the bike in behind. He then decided to take a camo token to surprise shot my rocket launcher dude and hit.. I passed my arm save then I passed my religious roll so I could go prone! In response I also had a Warcor the flash pulsed with success but because his ranger was wearing sunglasses it seemed fitting he rolled a 20 on his bts save!! lol One more order on a rifleman to take out my warcor and another to take down the Naffatun with the supply box.. The other orders went full on into the dogs.. I wanted to teach him about Hiding so I took a Tuareg and explained hiding.. I placed it in hiding in deployment.. He then tells me his dog has sensor…. lol..I’m like that is a counter! with that sure enough ..sensor.. reveal.. then super jump chain rifle in the back of my Tuareg, I failed my change face roll and go unconscious. After that they continued to the building with my other Kwarif and Lieutenant, jumped over the wall and melee’d me to smitherines..
Turn 2 Ramah
I started in retreat and tried taking out the dogs but they responded with a smoke grenade and won the face to face!! … so the game ended in a draw… Super fun to see Antipodes at work .. don’t give them any room!! I really love attack pieces like them as they are great flavor !
——————————————
The after math:
Darli approaches Sterling in haste
” Lieutenant,, you were prohibited to use your dogs,, you will be fined accordingly,, do you know how much damage you caused in this excercise?!,, Luckily their targets are resilient enough to recover,,” Sterling cut her off..
“Lieutenant Darli,,, we were told to prepare for all situations ..including situations we would not be ready for… so.. with that in mind.. send out the dogs first.. they at least can point out hidden targets.. they have great noses you know..” he snickered ever so slightly ..
“Regardless” said Darli, “We will do this exercise again tomorrow,, you will have full options.. no holding back.. and neither will we,, if you want to play that way you can do it against the full force of Ramah”..
“Ok Lieutenant,, as we say at home…
bring it!” 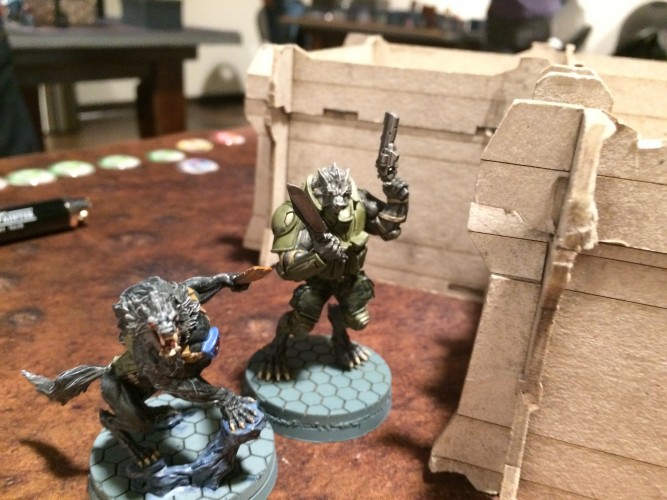 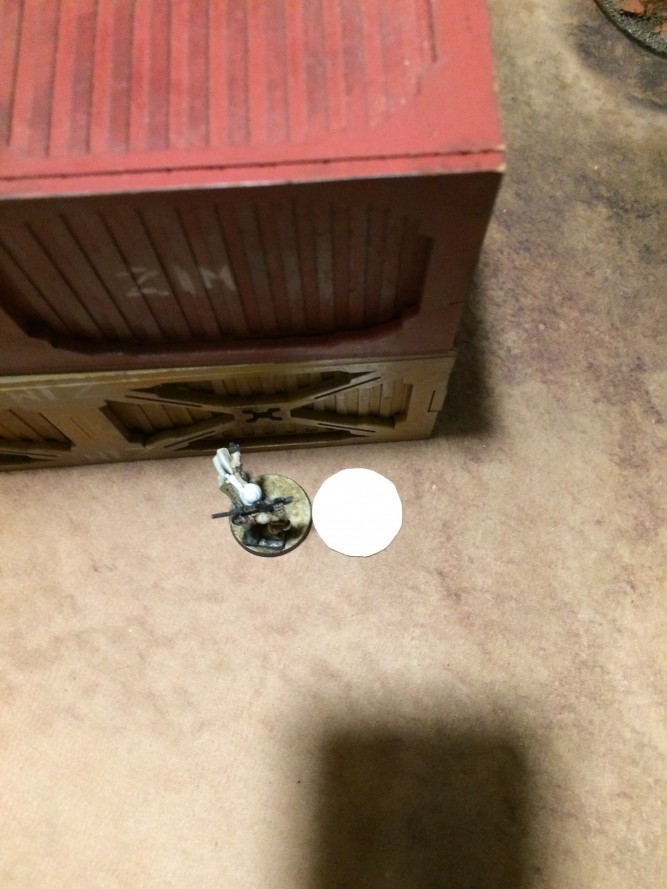 On the left flank I deploy my hidden Tuareg 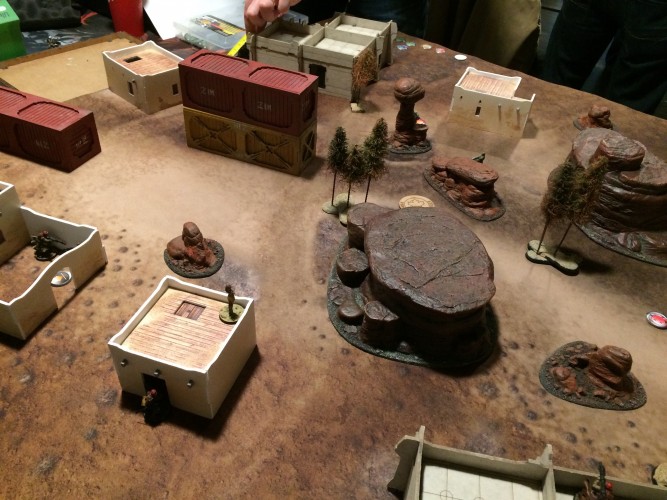 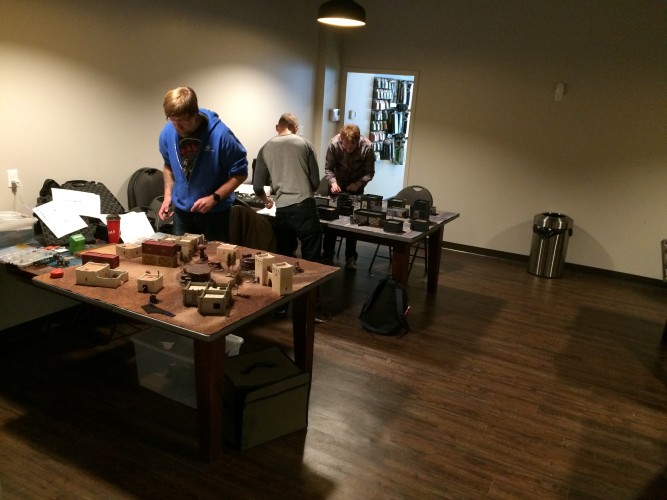 So we have our table with Heim there in front. In behind we have Berithh playing Pan O with double TAG list! vs Reyvah who is playing Corregidor. 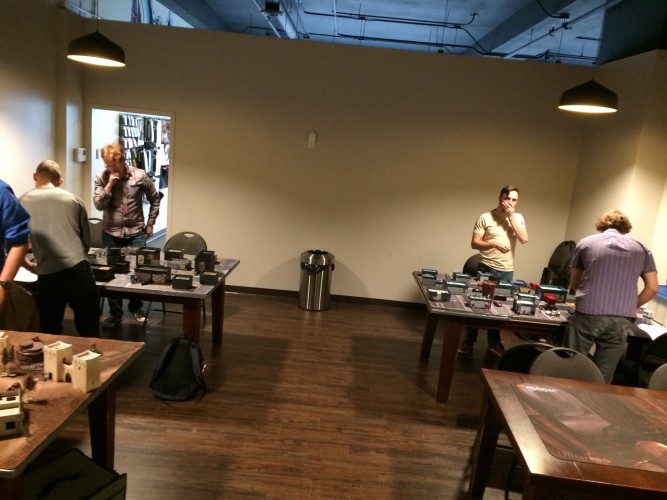 On the right.. players to be named! But OSS vs Foreign Company. 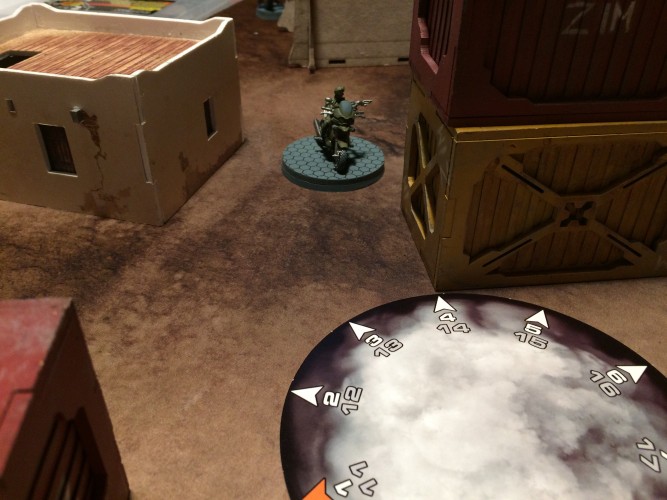 Maverick moves up, places smoke but the grenade was a dud ! 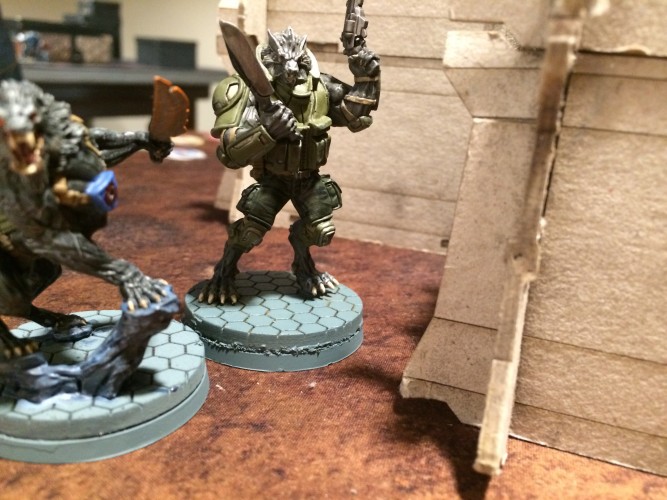 Impetuous dog pack on the move! They were able to sniff out my TO model with sensor skill and then super jump to chain rifle the poor Tuareg in the back. He didn't make it. : ( 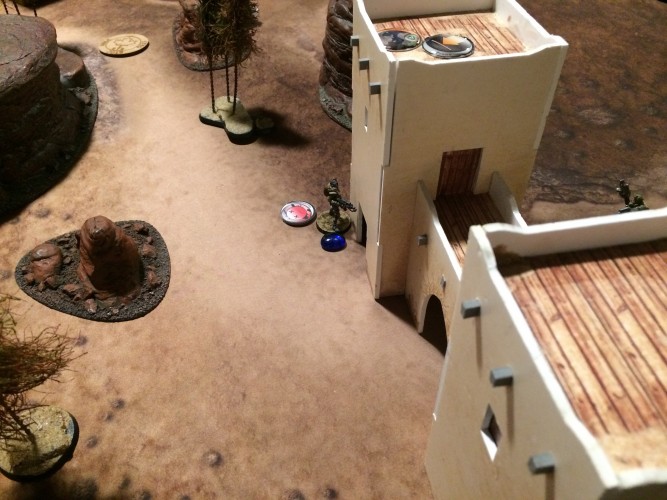 My naffatun got the objective but didnt' last holding on to it. 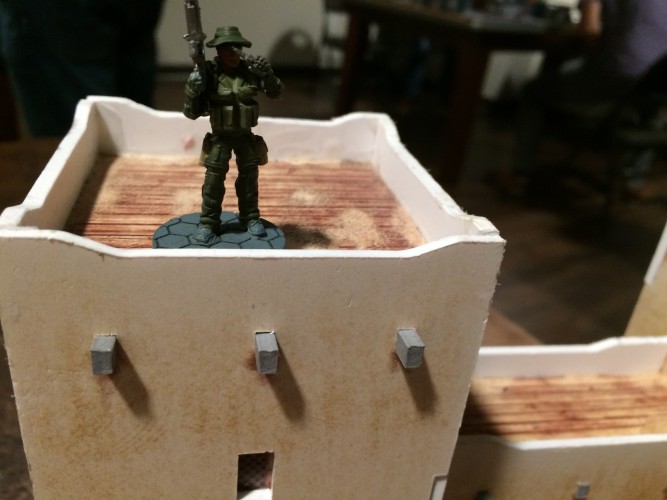 Smile ! It seems this dude's sunglasses give him a bonus to BTS as he rolls a 20 vs Candy's flash. 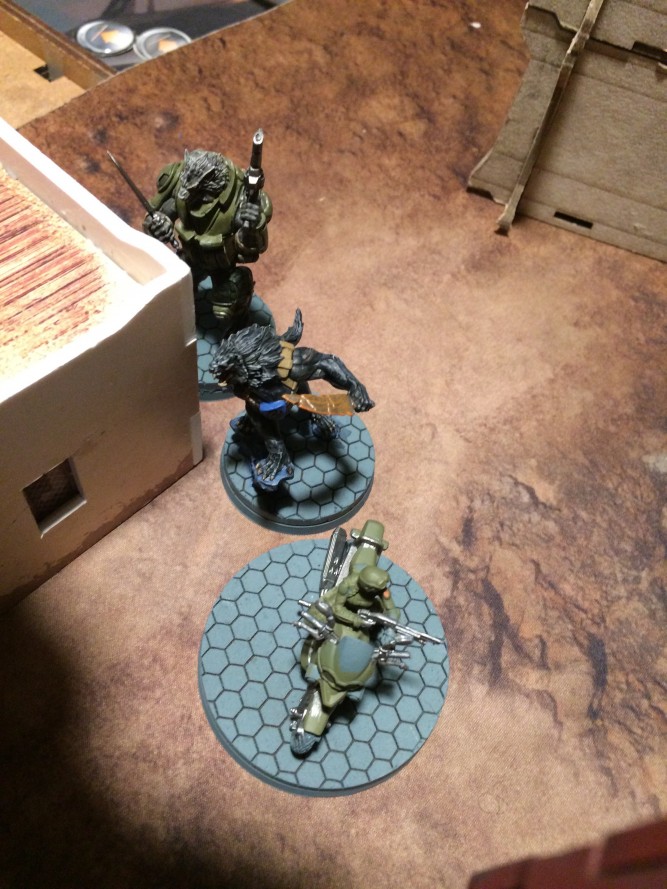 In a manner of seconds it will be all over ... 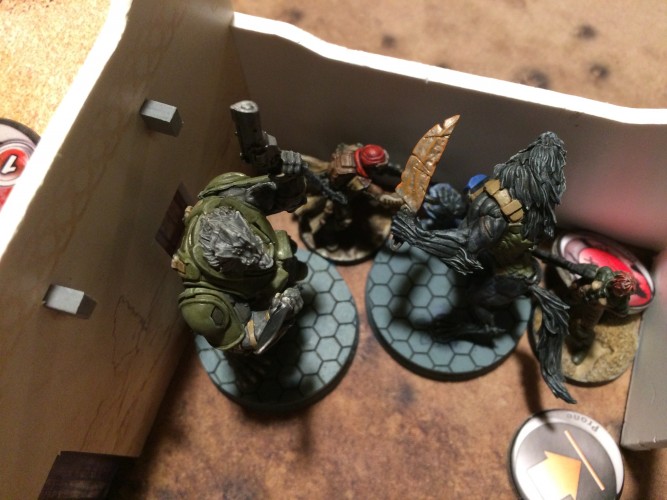 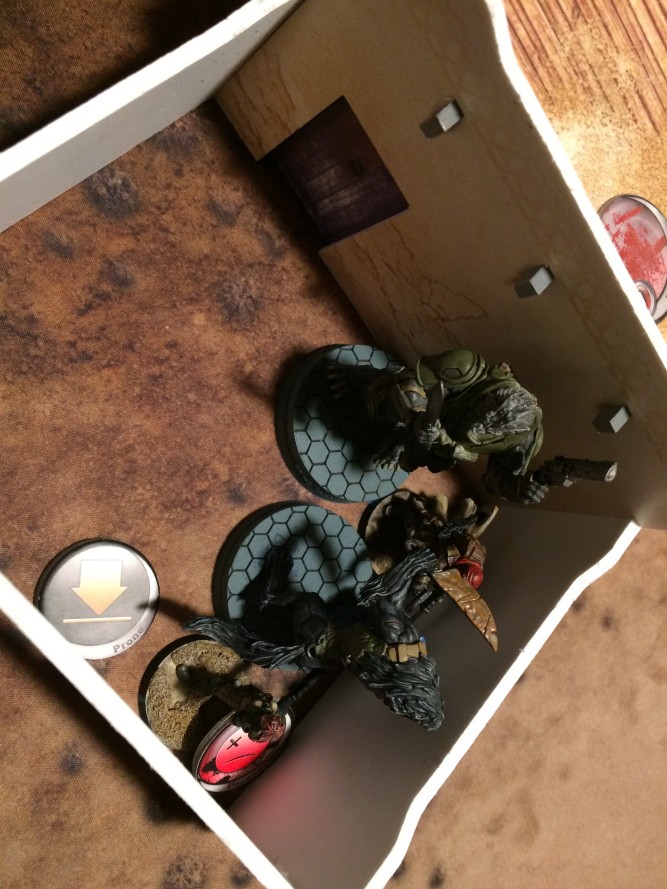