Combined Menace at your Cargo 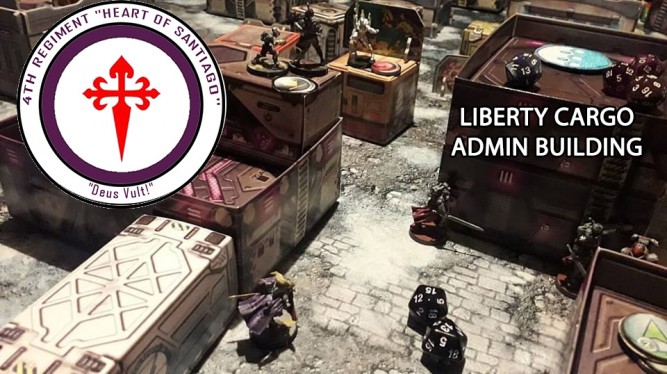 We received a dim signal from the outskirs of the Liberty Cargo, so as the CURFEW it´s on the Liberty Cargo due to presence of Illegal trespassers, Knights move to intercept the intruders, led by Joan of Arc as spearhead of the operation, followed by Errant Fireteam led by Teuton Ludwing Von Krieger and a haris of Hospitallier knights....

As we get to the outskirts our Knight Alana Sargeant order was acting strangely, so joan of arc asked her if she was right and to pray the ave maria... but the Knight hold in silence and joan of ark scream harder as the speculo killer revealing throwing smoke as joan of arc shot her spitfire in the midst of the darkness bringing her down and knowing that we are not alone. 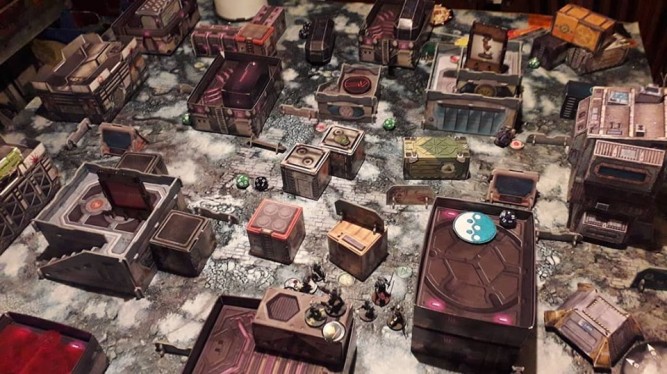 Then knight got the instruction to advance toward the DATA terminal, since the plug it´s open and as we advanced we faced a group of Combined army Ikadrons shooting plasma at us, and the knight evaded most of the fire as they advance; even Crusader Knight entered on the western side but face a critical hit from... VIKTOR MESSER, close by the DATA TERMINAL where the Liberty Cargo Data could be retreived so we must advance to secure the data disk, Sargeant Order Tobias shot at the ikadron with his heavy rocket launcher but was wounded and he was healed by the Hospitallier Knight Armand that suddenly was covered by eclipse smoke, as the combined army fall upon us, a Suryat appeared and several seed fall from sky, the firefight started. 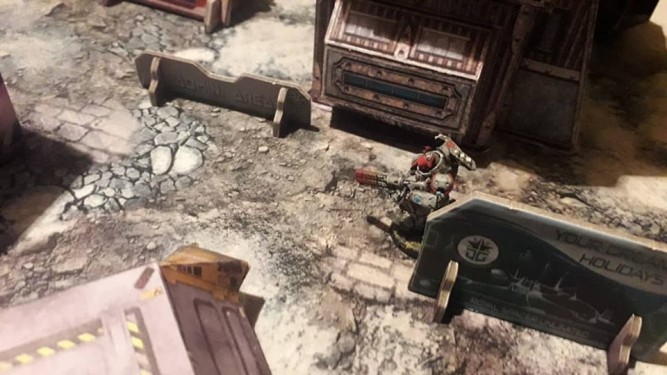 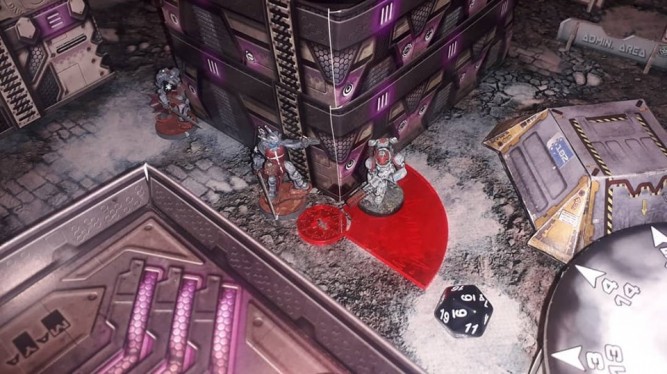 Between the Eclipse smoke a suryat entered into melee with our Hospitallier and clash swords, joan of arc then shoot at the suryat but wounded the knight out by mistake 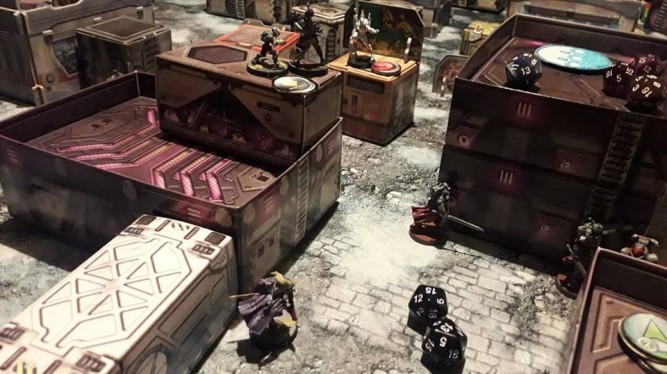 Joan of arc killed the suryat then shot at the hidden Cadmus seed that explodes as a mine.

We set the alarm quickly since combined army agents could not be tolerated at our gates or close Liberty Cargo, so we advanced toward the DATA plug on the other side, and we found several corpses of Aliens and a Preta jump to attack us but was stopped by the Fireteam; then a sniper pinned us down but the Teuton knight Von Krieg shot the hidden shooter out of combat atop the building then we advanced with silence to meet the enemy forces. 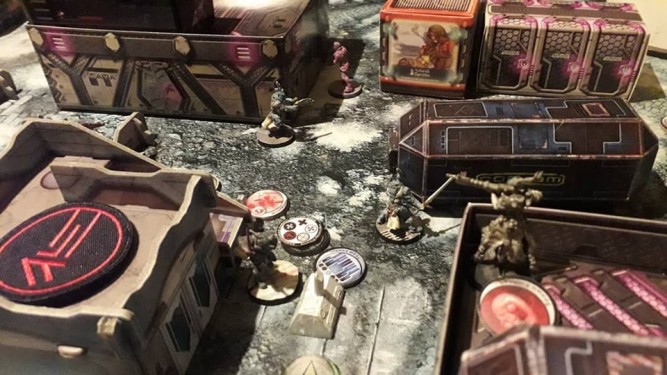 We spotted Viktor Messer and engage in fight quickly, as our magister advanced toward to take the data from the terminal 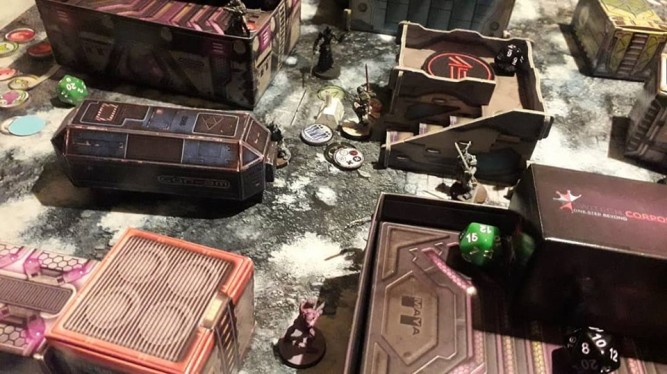 a hiddeous libertos supported the assault on us, revealling that they are alligned against us. 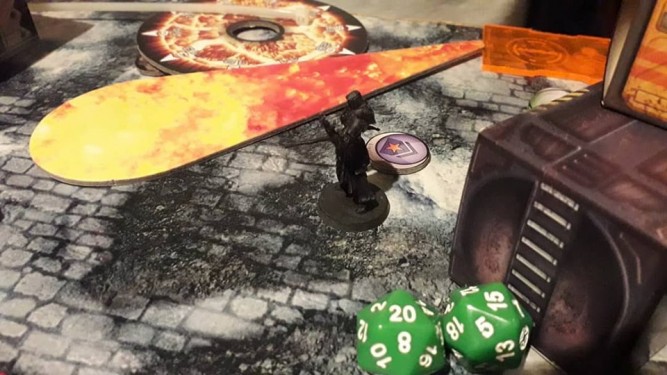 A umbra legate appeared shooting at knight magister celestine, in a crossfire with Viktor Messer 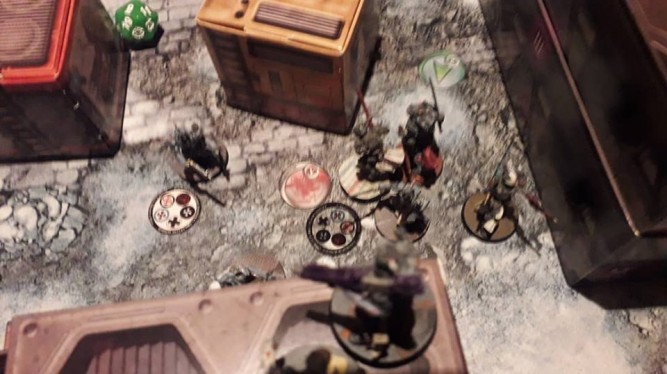 Knights shot back at the Umbra and viktor messer was down with the libertos, but a high cost; Magister knight Celestine was down and was Casevac back to our line to be heal by Hospitallier Thaddeus that put him up so he take the data as datatracker. 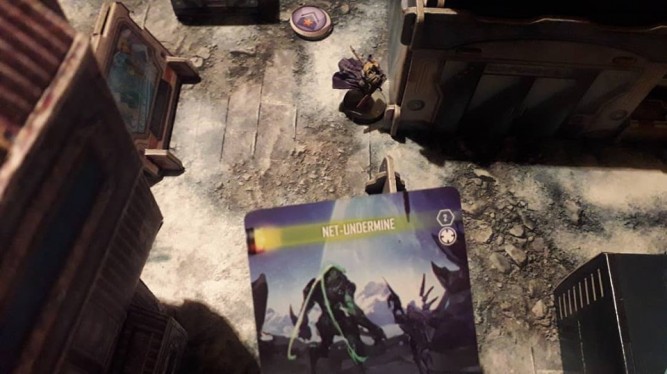 Joan of Arc make the Net Undermined the terrain checking for enemy presence. 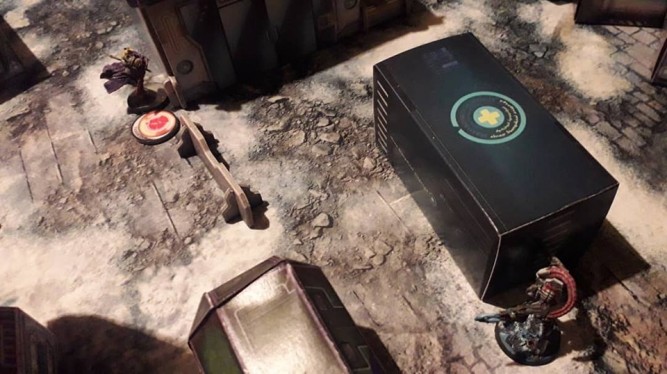 But she was surprised and spotted by enemy ikadron, that took some data from her and run away... 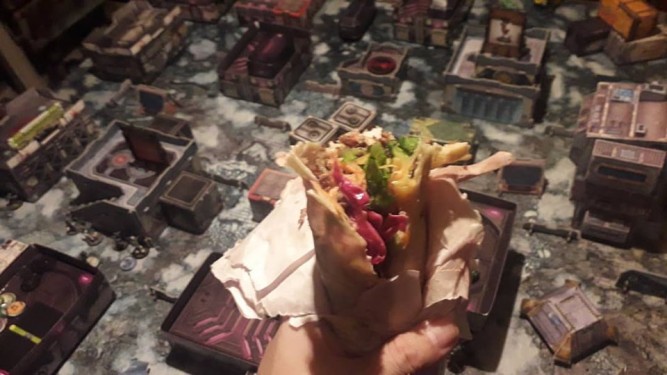 We take a sneak... but wonder on why many Shawarmas on Liberty Cargo....

Was a strong clash with combined army, that revealed that no place is safe from the alien menace and we must pay our freedom with the cost of eternal vigilance. 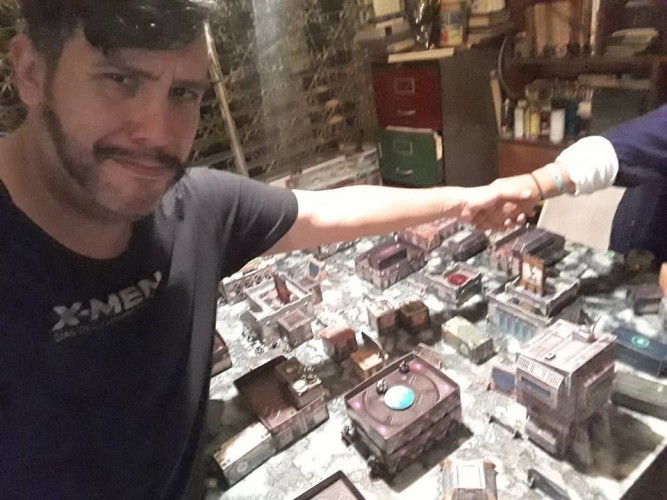 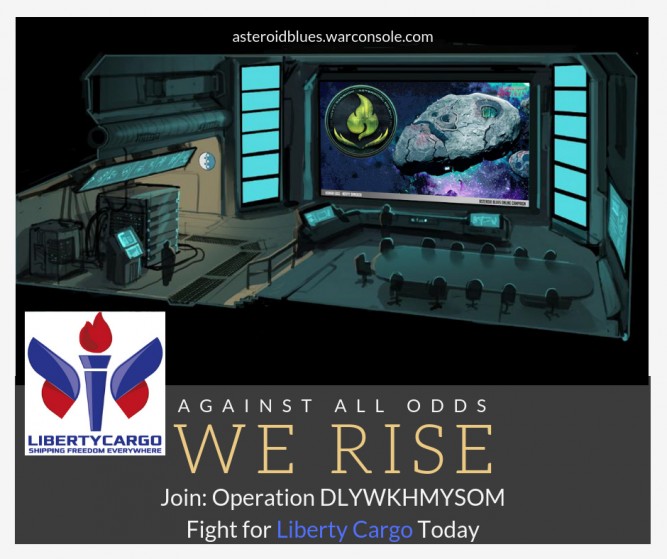