One wild night in Xaraks

All begins with a rumor of Pony… And the girls gone wild.
Two chimeras, some rioters, even one reverend, and my partner… All these girls convinced, forced me to organise a raid to the supplies module. And the things escalate.
I’m just a poor man, sergeant Trudbale, of the Moderator from Bakunin. I’m the lady guy who you know, but honestly I’m more their lady-toy-boy… Just a toy in their hands.
The plan was simple. The rioters bring a missile, they crack the doors, the chimeras and their pupnik go into the armory and loot as much as possible. Meanwhile, the reverend covers our back with her snipe, and my partner cover my back with her spitfire. Simple.
Well… Simple but the O-12 was here. They secured the ponies.
One of them was on our flank. One chimera goes to deal with him. The other throws her eclipse to blind their sniper. A fidging sniper, why ! Since when they stop to glue people ? I’m not here to die !!!
The riot destroys the door with some missiles. Taking her time to.
Meanwhile, the O-12 sends their Sirus team to open the armory and loot and destroy the supplies. They done the first but one of our chimera run into and with her little pets, kill everybody inside. Loot some stuff, like a flashpulse, an automedikit and an armor she keeps for herself. And her pupnik destroys the last crate.
Mission accomplished… Sort of… No ponies founded.
At the end, we have found some stuff, the O-12 was unable to stop us. Hopefully.

I just hope the commanders never learn about this night… 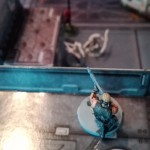 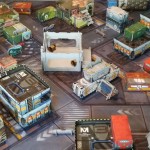 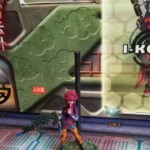 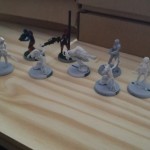