Fought At The Gallery Maze: The Chimneys
1168 days 2 hours 44 minutes ago

I didn’t plan to play Grid, but Annaero suggested to clash in Chimneys against his silicone dolls and robotic toys and I remembered that I had a list that I never used. And it was exactly for Grid! 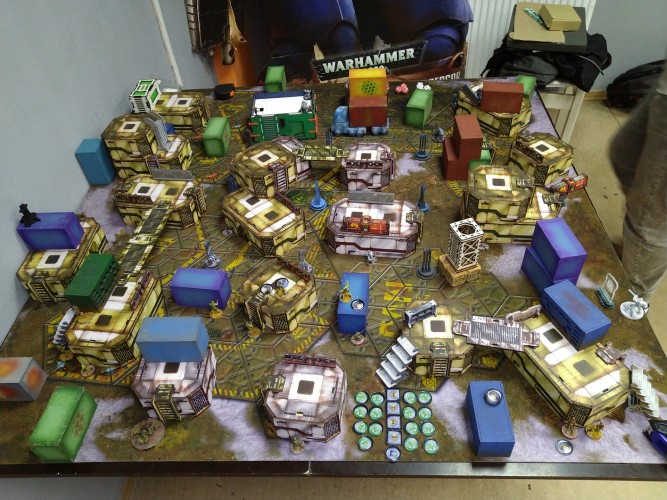 I won the lieutenant roll and chose to move first. Evo-hacker, Ghulam FO, Nasmat servant belonging to my doc and beautiful Leila on my left flank, Azrail with Feuerbach, Fanous REM with flashpulse, another FO Ghulam and the doctor on my right.

In the center stayed and lied linked Ghulams with ML, panzerfausts, the third FO and a standard Ghulam. Unfortunately, DZ was not enough to put ML stayng in cover and I decided move forward later... but forgot about it and paid for that.

Najjarun-engineer ;-) stayed safe in backline, my assault hacker on my right (it was a lucky decision as it would turn out later) and Al Hawwa-FO on my left. 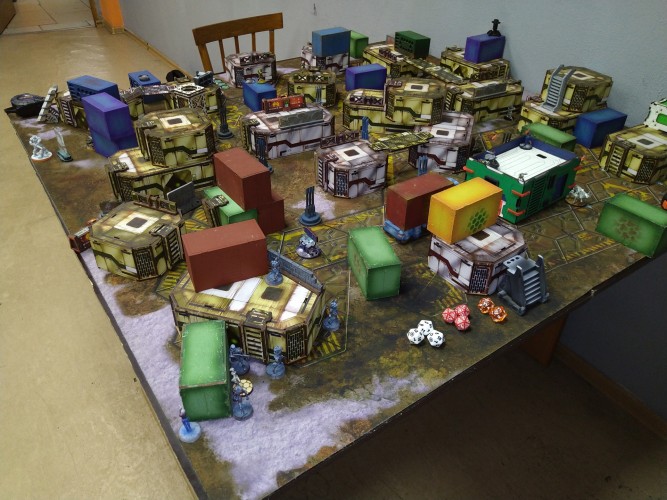 Annaero put his linked Dakinis on his left flank, parked his Proxy-engineer nearby as well as CSU BS.

Shukra stayed safe at center, an Apsara on his right and FO REM also in the center.

On the roof stayed a TR-bot and a warcor, engineer's servant behind his ARO piece.

Proxy-FO hid midfield between the left and the center antennae and two markers stayed on his right flank midfield.

And his only beacon flew away.

I cannot remember who was his Datatracker and mine was Leila.

I've dropped two Yuans behind the building with TR-bot. The third one dispersed and was pulverized by TR-bot. Than one of them failed his smoke hurl thrice (!) and I just killed FO-bot and left the loser stay there. The second one land smoke grenade and went for Apsara. She rolled her ARM save once, but the second attack pacified the celestial maiden for good.

Alas, only after that I realized that I had forgotten to advance my ML into position. Or that I could kill the Designated Target with Leila as my opponent placed her open.

Also I didn't remember, if Apsaras could be lieutenants, so spent too many orders trying to safely kill the TR-bot instead of running for OSSS commanders' head. 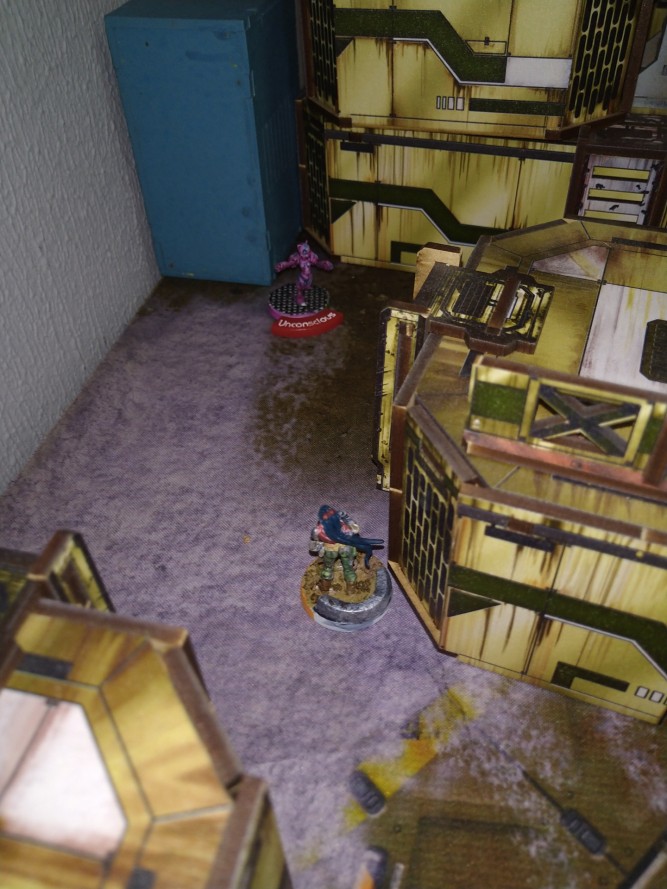 Oh, look who's there! Come to mommy... HVT prefers to dodge though. 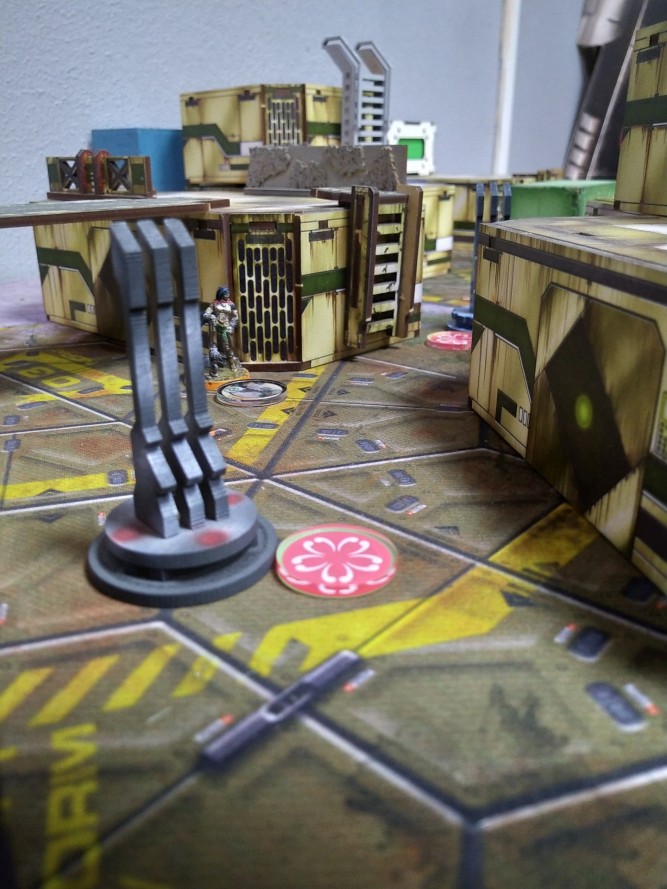 Sure thing, HMG Dakini killed my Azrail no problem. Proxy ate almost all orders, spotting each and every antenna, one of the markers turned out to be Naga KHD doing the same in BtB but not showing herself to my Hawwa.

Shukra run for his life out of my Yuan. Also by seeing no LT order, I realized my mistake not killing the consultant. 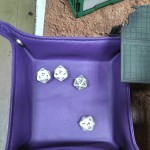 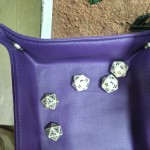 Previous pics:
Azrail on being hit: "5 ARM wut?!"
Yuan-yuan receiving four hits from Dakinis next turn: "1 ARM is enough for everyone!"

Well, one corsair killed Shukra with Intuitive attack through smoke screen and then finished almost all Dakinis AND managed to survive his suicide run. MVP!

The second was killed by TR-bot, but put it Unconscious.

I've killed Dart and Naga and destroyed one antenna, but The Naga ate unholy amount of orders >_< and Annaero during his retreat 3rd turn used his courageous REMs orders and Ergo... akhem, sorry, Proxy-sniper to do the same and won. That was fun though. 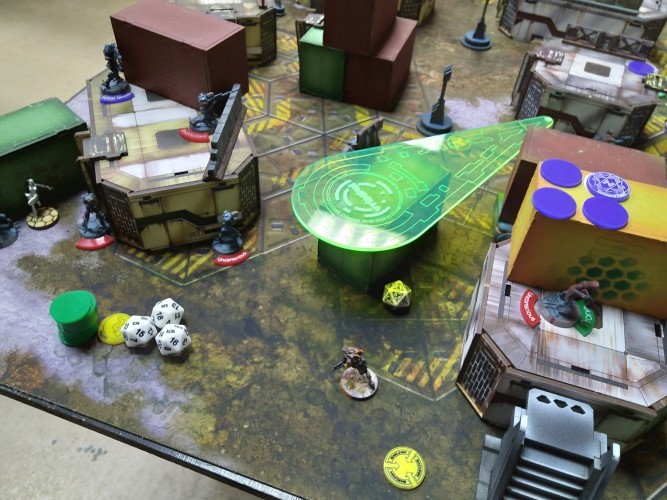