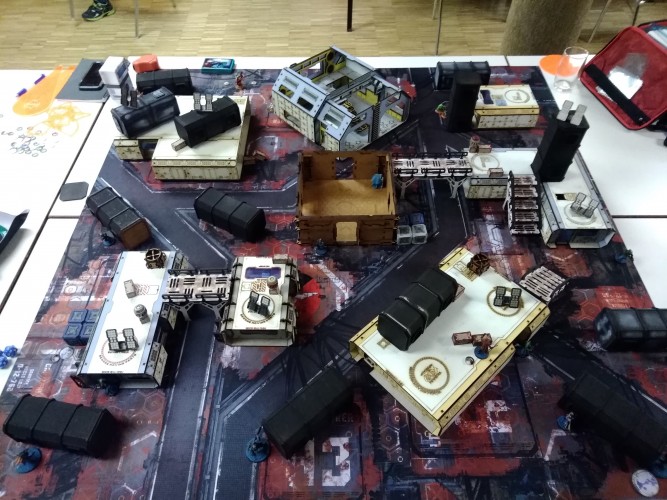 The second game against Jörn, we decided that it should go fast and pulled both a LI list. Comlog gave us Countermeasure as a random mission. (Lately I play the more often ^^) I win the initiative and start. The Kumotail becomes my Data Tracker, the Samarita at Jörn.

My list is built on Alphastrike and storms the Kotail, which has previously disguised as Chaksa with HMG. Can do the Sogarat, Bit and a Ikadron and shoot the Samaritan in NWI. After that, he fails the CA armor rolls and parks in their Deployment Zone in Suppressing Fire.

Jörn sacrifices the second Ikadron to turn off the Kotail. Unfortunately, the Tohaa remains unconscious and gives Jörn the opportunity to meet with the Samaritan "In Extremis Recovery". What secures him directly the Data Tracker points. His Sogarat kills himself again with its own Medikit. He prefers the two Camo markers and gives.

The Gao-Rael sees his chance to perform an "HVT: Identity Check", jumps from the roof and is successful. The Draal, Sukeul, Sukeul Triad take care of the two Camo markers, the first attempt fails. At the second, the Caliban discovers and hits the FO Sukeul critically. Now it should judge the HMG Sukeul. Try a Discover on the TO Marker and get the Anathematic static. And split her salvo. Once on the Caliban, four times on the Anathematic, the latter had renounced the ARO. The Caliban is hit and goes unconscious to the ground and also the Anathematic is hit twice and critically. Thus, she goes to the NWI and disappears into cover.

The Samaritan advances to the HMG Sukeul and throws his Vorpal blade, hits critically and wants to get a wound from the Draal in close combat. He can wound the Tohaa but is hit by both the Rassail and the FO Sukeul and dies. The Anathematic still threatens the Kumotail and fires a salvo at her. But both miss each other.

The FO Sukeul assures me the "HVT: Kidnapping" and to get the Data Tracker points with sabotage, the Anathematic must fall. So I pull the Rassail and go to the HI. After several orders and volleys for volley from the Viralcombi and the heavy flame thrower, the TO is burned, but not the Anathematic. To be on the safe side, with the last two orders and the Draal, I still sabotage and hope for unattainable goals in Jörn's last move.

His turn will decide. He prefers "Rescue" and "Follow up". The Anathematic is still alive and has a HVT nearby, so she starts running and with WIP 16 + 3 the litter. Now all he has to do is capture and fortunately the R-Drone has PH11 and the Ikadrone PH10, the other way around it would not have been possible and so the R-Drone picks up the Ikadron and the game ends 7: 5 for CA.

Jörn's ability to hold armor throws has saved his game.
Instead of letting the Kotail in his zone in the SF, I should have pulled him back and brought into the fire area of the Gao-Rael. That would have denied him the first goal. 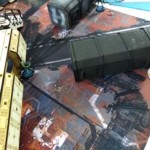 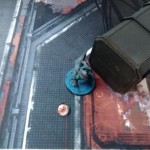 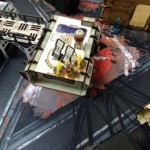 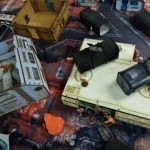 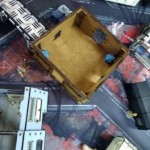 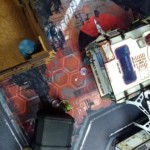 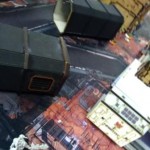 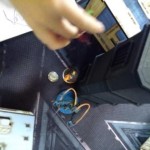 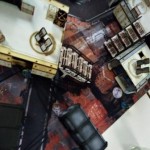 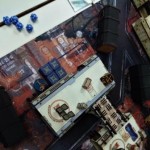 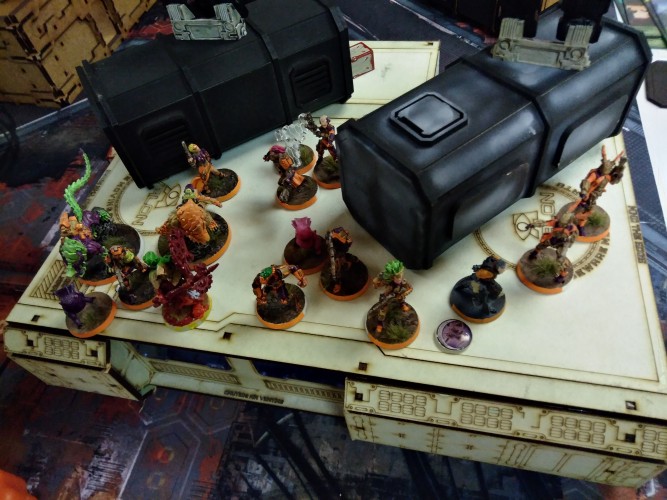 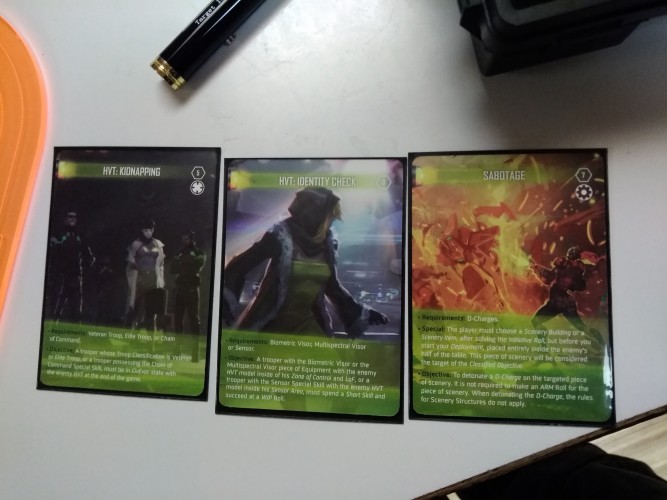 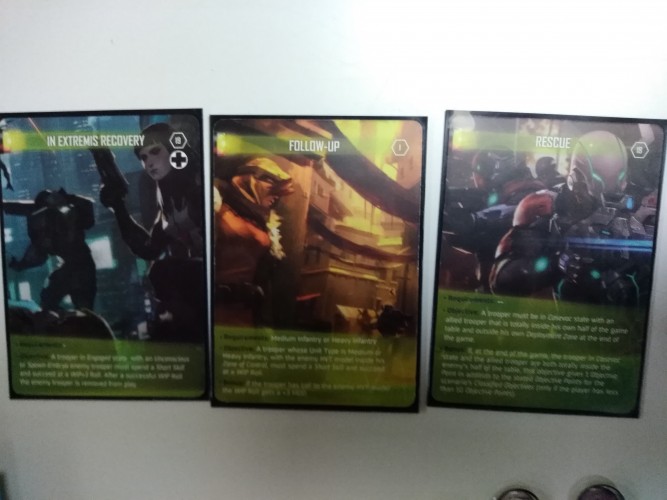