Shasva turn 1
In LoL, he moves some camo marker. His malignos tried to kill the securitate feurebach but failed.

ForCo turn 2
A zero KHD skull buster the malignos but failed unconscious. My bot daktari move and Heal the zero who try trinity but fell unconscious again.. My doc healed him a other time. The iguana kills the caliban and made intuitive attack and win the FTF roll with caliban spitfire shoot, caliban burned to death. The iguana discovered and flamethrow both the shrouded and the mine behind him. Mine burned but shrouded dodged. Iguana shot the shrouded with the hmg and kill him. The iguana discovers and shoot to death the other shrouded.

Shasva turn 2
Unfortunately in LOL this turn again.. His malignos kills with trinity zero KHD and shock ammo this time. He only have his malignons KHD and his malignons sniper who moves last turn so no more in hidden camo.

ForCo turn 3 :
The iguana discover and put the malignons unconscious. The securitate hmg on a roof finished him. Lots of minis move to take cadrants. A first one csu tried to kill the last malignos but be killed, a second one also try but be killed, as a WARCOR who tried to flashed him before.

ForCo won 6-3 with one classified, not as good as I want with a Shasva player unfortunately in LOL every turns!! 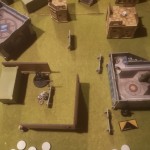 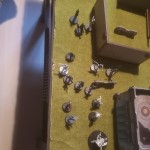 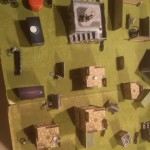 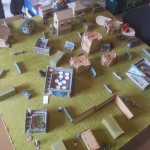