We must not let them control the supplies

Having Ariadna control one of the main supply points wasn’t an option, therefore, a small group of brave soldiers from the Assault Sub Section from ALEPH decided to attack and take it back.

The idea was easy and clear, move our troops into the Armory as soon as possible, and set a suppresive fire line that covered every angle.

Having obtained the initiative thanks to Machaon leadership skills, the troops deployed as close as the armory as possible, making good use of the tactical advantage of the Thorakitais advanced deployment.
The myrmidons with Machaon and Eudoros would take a support role this time, letting Hypolita go wild, and so she did.

On the first turn, the small thorakitai link leaded by Thrasymedes, took shelter on the Armory, took some extra armor and then took suppresive fire stances covering all entrances. On the outside and left side of the building, Alkê and her link covered the left flank from possible assaults while Hypolita herself joined Thrasymedes on the Armory and covered the front door also in suppresive fire.
Machaon and his friends moved carefully, always in cover but ready to get up and fallen comrades.

Ariadna wasn’t ready for such a defense, and even though the brave Irmandinhos managed to blow up the front wall of the Armory, the joined power or the several suppresive fires and the astonishing physical prowess of Hypolita, who managed to avoid every bullet and grenade thrown at her, didn’t allow Ariadna to control the Armory.
In a savage and desperate attempt, an Irmandinho assaulted the armory with the hope of destroying the ODD system of Hypolita with a Flamethrower, sadly, Hypolite could avoid the flames and Thrasymedes assaulted the Irmandinho who in return, killed Thrasymedes.

Second turn for ASS wasn’t worse. Even without the frontal wall, Hypolita killed the Irmandinho and the Alkê link, making good use of the Feuerbach and the cover, could take care of two frontoviks that were in a link in the left flank. After that, Machaon was free to heal some of the troops in the Armory and Eudoros joined in covering the right flank.
Ariadna was in a tight spot, having nearly lost the left flank, they needed to change something soon. Two Spetsnaz showed themselves, one in their deployment zone and one falling on a parachute. Even tho they managed to take down a Myrmidon, Hypolita managed to cover the armory in an Eclipse granade, completely covering the troops.
In a final desperate attempt, the antipodes assaulted the armory, trying to kill Hypolita, who was single-handedly saving the day. But it still wasn’t enough. With an amazing display of physics and power, Hypolita killed the three Antipodes without suffering a wound. The fight was almost over, now, it was time to finish it.

Eudoros knew that it was time to wrap things up, and so he did. With a couple of small movements, he took care of the parachute Spetsnaz and a Line Kazak that was threatening with a Missile Launcher, after that, Alkê only needed a couple of burst from her Spitfire to take care of the other Spetsnaz and in the meanwhile Machaon kept healing troops.

TAK forces knew it was over. With nothing else left to challenge the ASS troops, they fell back, having lost control of an important supply point. The fight was lost, but the war wasn’t over yet. 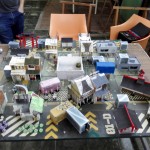 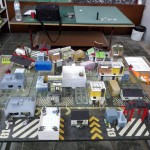 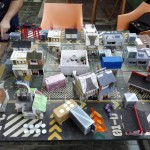 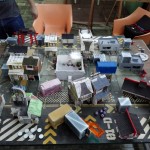