Rumble in the Streets

It seemed to be a routine extraction mission, get in, get out. Faraz led his team into the main strip of Novvy Bankok with the intention of securing some supplies for the coming days, not expecting to come face-to-face with an elite team of angry Russians after the very same goods. The Haqq’islamite insertion team had the jump on the Kazaks in terms of getting their hands on the supplies, but will they be able to survive the ensuing firefight?

Securing turn 1 was very valuable, as I was able to have my tuareg appear, grab supplies, and hide in the second floor of a building. On my right flank my ghulam hacker walked up, grabbed the right side supplies and ducked into some cover. Losing 2 orders from group 2 meant I could not alpha stike with the fiday, so instead I moved my Lasiq and Khawarij into position for ARO, putting the Khawarij on suppressive fire. My Djanbazan also entered suppressive fire on top of a large building on my right side of the table.

My opponent ran his irmandinhos out to deal with the Fiday, who dodged into a smoke-screen. Now exposed, Pavel McMannus assaulted and killed the Fiday, but was shot in the back by my Khawarij in the process. Remaining orders were used on the Kazak fireteam to advance up the table, taking out my djanbazan as they did so. My Lasiq was blasted away by an HMG who had an excellent tower to fire from.

Ghulam doctor remotely healed the djanbazan with his handy nasmat, and the Djanbazan went back on suppressive (reviving a friendly was one of my classified objectives). The Ghulam with the supplies (on my right flank) retreated further towards my deployment zone. My Hakim dropped on my left side and took out one irmandinho before finding some cover.

TAC turn 2:
The kazak team were unable to unseat the suppressing Khawarij. The motor-bike doctor ran the whole table to shoot and kill my Ghulam holding the supplies. The Djanbazan was taken out again, this time for good.

Haqq Turn 3:
A brave Ghulam sacrificed herself to kill the bike, taking an HMG blast from distance. This allowed me to pick up the supplies with a kameel remote.

TAC turn 3:
A heroic Irmandinho climbed the building wall and engaged my Tuareg in hand to hand. The poor Tuareg fought him off for one round, but in the end was killed and gave up the supplies. My opponent had free reign to go for the supplies in the middle, but only enough orders for a single attempt. The Dazak doctor unfortunately rolled an 18, and couldn’t extract the supplies.

Result:
1-1 for the scenario, but I scored 1 classified to secure a minor win. 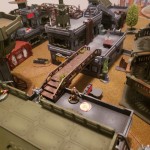 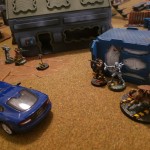 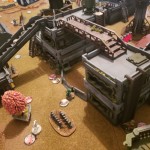 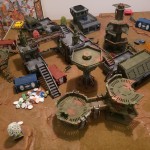 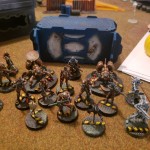 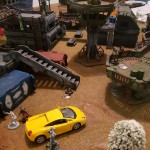 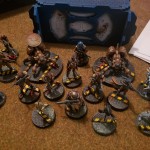 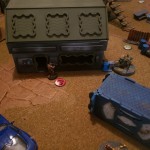 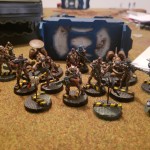 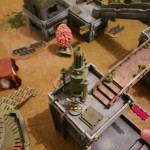 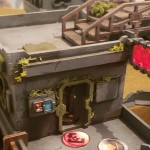 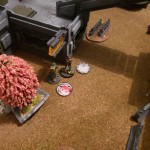 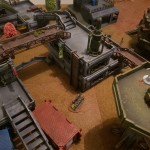