Fought At The Gallery Maze: The Passageways
1137 days 20 hours 36 minutes ago

Bass to the maze 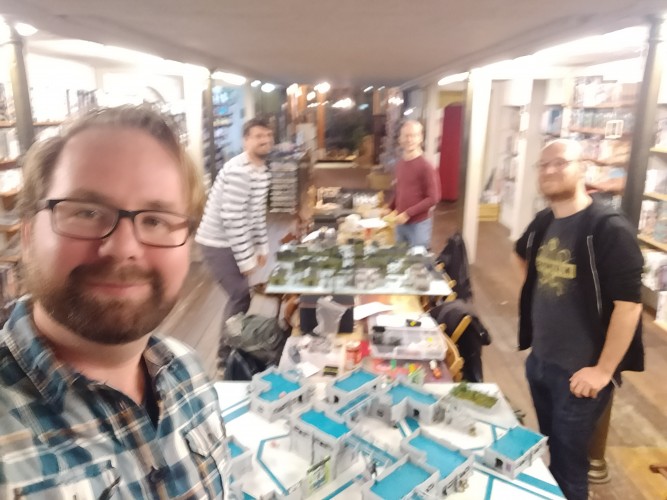 Welcome to the Utrecht Krugs.

Today I played Biotech at the Maze. We played countermeasures, practice for The Dutch Open (find us on Facebook!).
It was a 300 pnts battle. 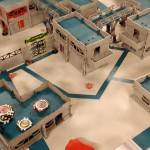 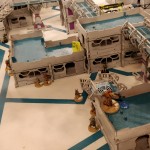 Lt. Diana Valesquez had the honour of providing security for an illigal rave. Non other than the great DJ P-0NY was to perform at the Maze. It meant holding her ground in enemy territory. Secondly she had been charged with scouting the area and providing equipement, manpower and promotion of the event. Anything DJ P-0NY would need.

Luckily she had brought het favourite unit: Szally. The pilot being a big fan of P-0NY voluntered for the job. First cranking up security. She uploaded an update to the reaction zond by her side.
Szally moved up from the building she stood on and opened fire on Tarif, wounding him and forcing him to dive prone. The reaction zond took up position up on the roof and took out the opponents TR remote.
Ground team Charlie moved up to cover the right flank and took out the Djanzaban.
Meanwhile the Heckler KHD saw an opening now the center lane was undefended. SUPRISE! Laila head exploded into gory bits. Trinity had overstaken her.

The Hackler proceeded with a datascan with succes and activated his cybermask, awfully looking familiar. Lt. Diana copied the move while Szally laid down supressive fire.
--
The gazi were advancing but their aproaches were covered. All but one died. The last one managed a smokescreen so the engineers servant managed to repair the TR remote.
The Zayen-thingy engaged the Reaction zond eventually taking it down. He pushed to engage Szally but quickly backed off. Tarik got up and did manage to take down the behemoth after an extended firefight. Biotech put his units in supressive fire and hunkered down. 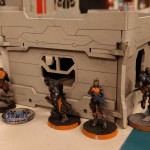 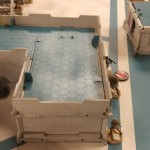 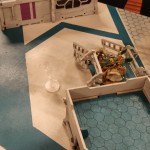 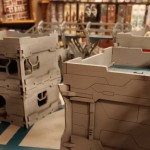 Ground team Charlie was ordered to advance. The HMG securitat sidestepped to take down the Ghulam FO, whole Perseus producer an expert smokescreen (to be used in p0n-y's lightshow later on). The grenzer FO had it's que and did what it is good at: discover and shoot the Hanzakut. Heckler KHD sidestepped to round the corner. While he dropped his bob from accountancy look he suprised the TR remote, taking it down again.
The grenzer moved through the smoke and engaged the Nafatun, getting away with some luck. He than proceeded to score HVT: identity check and Telemetry.
--
Commander Biotech went for a last ditch attempt. But his last gazi ended after going dogged. The engineers servant rushed in to fix the TR remote again, while playing for it with the end of its excistance.
The Zayen-thingy try-ed to take down the Heckler but was not so lucky. And as a last Dutch attempt Tarik himself rushed in only to be filled with holes. 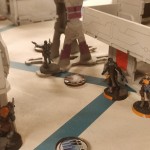 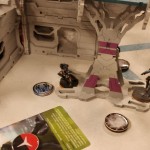 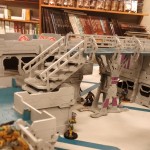 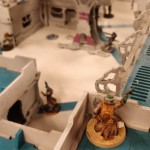 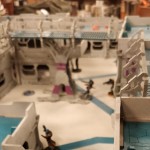 There was no round 3. Biotech forfitted the game and the last point I easily could gave scores by any of the 3 available objectives was given.

The game ended in a fairly one-sided 8-0 victory for the nomads. My opponent was not Lucky and I managed a few essentials crits.

Lt. Diana knew it was time for a party, Just as P-0NY's airlimo was approaching the maze! 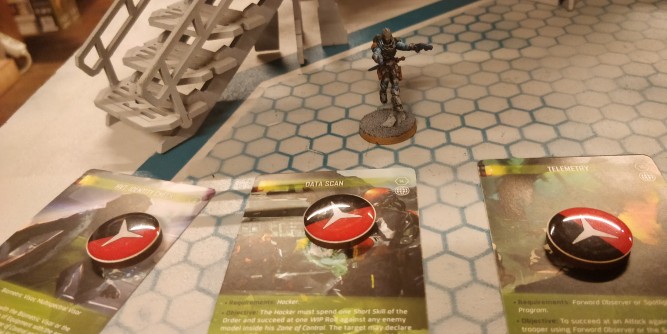 PS.: DJ Maze is one of the DJ names of a friend. This is him performing with Drifter and Cosmic Force as Acid P303wer. You can spot me raving in the crowd. Thought it was fitting and very Nomad-like.