Fought At The Gallery Maze: The Chimneys
1098 days 22 hours 4 minutes ago

Quadrant Control: Shasvastii win LT roll and opt for turn order, and directly take the second turn. The optimal choice for this scenario if you feel you can defend, and with so much stuff in marker state, this shouldn’t be too hard.

Impetuous moves see the varangians spread out, with Hippolyta jumping down from her DZ perch. Gangbuster activates one of his madtraps in order to detonate a midfield mine set by enemy Speculo Killer, who is positioned centrally. The Sirius team move around the left flank in order to root out and destroy the enemy minelayer Shrouded, but not before it lays a new mine to cause them trouble. Hippolyta moves midfield to pick it off, freeing them up. She jumps on top of a nearby building where she will hopefully add her points value to a dominated quadrant later.

Delta lands successfully behind enemy lines, but unsuccessfully beats its target ikadron in a midrange shootout. Blinded, he sulks in cover. There’s little else to gain this turn.

Several models and markers reposition, ready to take the quadrants back and put points on the board, including the speculo who moves onto higher ground, laying a mine near to where Hippolyta would need to move when leaving her hiding place. The evil Sphinx now comes onto the table, heading in her general direction. Elsewhere, an ikadron tries to set fire to the Delta drop-trooper but fails. In an act of all-out aggression, the Sphinx charges into LOS with hippolyta, taking a more direct approach than I expected (there was a way around her back arc, but I had it lightly defended with varangians and a repeater).

There is a crucial F2F roll in which the sphinx shoots, while the Greek opts for an engage, since kinematica is helping a lot with range. Hippolyta succeeds and now the Sphinx is in dire trouble. The nearby Speculo fires into close combat in desperation, but to no avail.

—–End of game scoring kicks in. 2-0 in favour of Shasvastii, as the Sphinx and Hippolyta share a quadrant.—–

Hippolyta crushes the Sphinx impetuously in a display of superior swordswomanship. Other 0-12 troops clear the mine that had been laid nearby to her. Sirius team rescues the friendly Delta from that ikadron assault and now moves after a mysterious camo token still in their target quadrant. They call in the help of a Kytta bot to help discover it as a Caliban, but said alien shoots the bot directly. A firefight ensues as the sirius gunwoman tries to defeat that Caliban, finding that its helper SiriusBot has been immobilized by hacking, and the Caliban only dodges nearer. Springing to her aid, the Delta soldier advances with shotgun blazing, but that nefarious Caliban drops him with a critical direct hit! Momentum is on his side, and one engage move later, that Caliban is locked in close combat with team Sirius herself.

Seeing what is happening from a distance thanks to his high-definition visor, the Epsilon Unit fires his HMG indiscriminately into that close combat, destroying both friend and foe. 0-12 forget temporarily that insidious spawn embryo that lies dormant on the battlefield…

A brave Nox paramedic peeks over the wall of his cover and fires a medikit in the direction of that spawn embryo, taking enemy fire as he does so–dies. The caliban splutters back into consciousness however, and fuels himself further by feeding on the corpse of team Sirius, riddled by 0-12 HMG rounds already. As he feasts, some fire is taken, but he slinks grotesquely into cover from it.

Elsewhere, Shasvastii troops are moving into position, but cannot secure as much of the field as they would have liked, given their numbers. The speculo attempts to throw smoke in order to cover their advance, but fails the throw, and is glued to the spot by a raging madtrap for her trouble.

—–End of game scoring kicks in. 4-2 in favor of Shasvastii as both players gain points for two quadrants each, plus their datatrackers active.—-

Vengefully, the Epsilon Unit strikes into position, ready to deliver the 0-12 forces from evil. His shots land true, perforating another nox trooper and ikadron. Firing now at the Caliban once he reaches the mid-field building complex, injury is sustained but the Caliban has grown fat on human flesh and continue. He retreats behind a large container for safety, but only finds that this new position opens him up to aggression from Hippolyta herself, who not only shreds his body with breaker rounds, but obliterates what remains of his corpse as well–you can never be too sure with these creatures.

The varangians move in to clean up. The glued figure of that Speculo is an easy SMG target, and once engaged face to face, the final nox datatracker and mentor LT are put to the sword.

All models are dead: no orders generated.

—–End of game scoring kicks in. 6-5 in favor of 0-12. Both sides achieved classifieds (Shasvastii picked up extreme prejudice thanks to the caliban, 0-12 picked up secure HVT). In the final scoring, 0-12 have all quadrants and datatracker active. 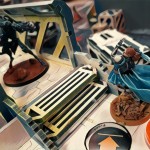 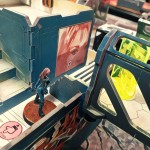 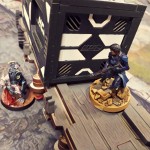 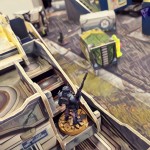