What happens if a lone Kamau finds his friends?

"G'Day Chicos!" Emily openend todays briefing cheerfully. "Since you already asked about the lone Kamau who is roaming the Cosmika HQ I have good and bad news for you.
The good news: he found some friends and seems to be quite happy.
The bad news: these friends have weapons, are from PanO and right now they're trespassing."
"Shite, are any Nomads troops close to them?"
"Well, we are the lucky ones to show them the door. So get your asses off your seats and be ready in 30 minutes! 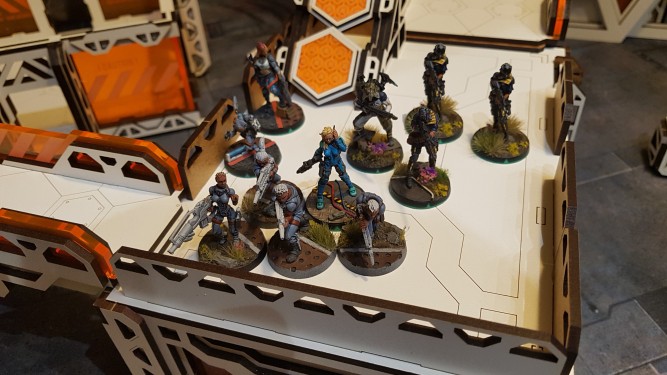 Deployment in the Gorge, both HVTs were placed on the left flank

He becomes a real nuisance

The trespassing group instantly starts their aggression by attacking the HMG wielding Alguacil with a pumped up (=Assisted Fire) Bulleteer Remote which the Alguacil was only able to survive with a lucky Hit on a critical part of the Remote. Thus the not-so-lonely-anymore HMG Kamau felt the urge to act as well and to fill his inner void by shedding a Nomad’s blood. Only one attack was needed to end the brave Alguacil’s life. With the way now free the Fusilier Hacker was able to activate the right-hand console and to hide from future attacks by going prone behind it. On the left flank the Zulu-Cobra Killerhacker did the same. 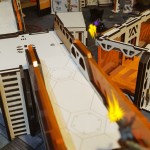 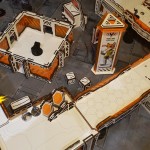 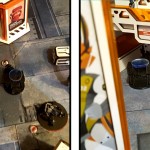 After seeing her companion die so horribly the Sniper Brawler left her position in order to let the Kamau suffer retaliation. On the way down from her container she shot the Fugazi Dronbot, guarding the theatre’s left flank, unconscious. A few moments after the same fate befell the HMG Kamau. Again the theatre’s ways were freed from the danger of HMG fire thus Emily took the initiative to advance to the console next to her. Unfortunately she could be seen by the Fusilier Hacker but a fusillade (pun intended) later the enemy was driven into total cover. After activating the console Emily took the ladder to the roof where she made good use of her Grenade launcher by knocking one Fusilier unconscious, killing the unconscious HMG Kamau whilst the Kamau Sniper wasn’t harmed. On the left flank the Clockmaker failed to hack the console. 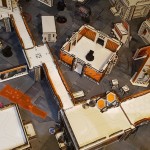 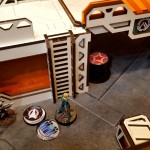 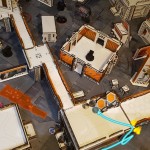 Despite decimated the panoceanian paddling pool pirates didn't stop their aggression. Both Zulu-Cobras acted in a similar fashion: shooting people. On the left flank the Clockmaker’s armour combined with the cover the console was providing kept the Engineer from any harm and she could hide behind the console. Atop the roof on the right flank Emily got into a firefight, which she eventually lost. Through sheer stubbornness Emily didn’t fell unconscious, just to faint until after the enemy’s Killerhacker camouflaged herself again. 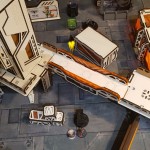 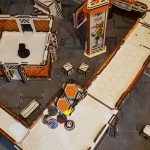 Now in Loss of Emily and therefore without a Liaison Officer StarCo’s situation got a tad more serious. PanOceania’s amphibious task force was too close to the central engineering room. Thus the Brawler sniper went into sight of the camouflaged ZC Killerhacker and was able to discover what was already known. A moment later the Hacker got laid by a double action round. Meanwhile the Clockmaker hacked the console
This was the moment for Raoul. Unfortunately the theatre’s environment prevented him from performing his usual big entrance by dropping right behind his enemies. Clearly disgruntled by his long walk Raoul didn’t hesitate to smack the shit out of the unconscious ZC Killerhacker but his electromagnetic Escrima sticks had no further adverse effects. Thus he killed the Hacker with his bare fists before he took cover at the Engineering Room. 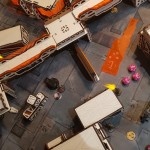 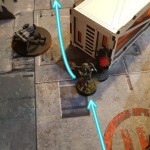 Probably witnessing Spector’s rage the remaining operatives advanced in a coordinated effort and knocked the Algucil on the right-hand console unconcious (he tanked the Sniper's DA hit just to eat the Combi rifle bullet). Then the Kamau and Fusilier jumped from the Bridge they were standing on and stayed unharmed despite the hard landing. Without any opposition the newly formed fireteam proceeded their advance towards the Engineering Room. There the Kamau Sniper was able to kill the Alguacil Paramedic as well by shooting through the Engineering Room. Finally the Kamau chose his sidearm in order to entangle Spector in a firefight but Spector’s armour kept the Merc-Ops from any harm. Meanwhile the two Fusiliers entered the Engineering Room. 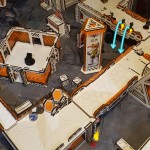 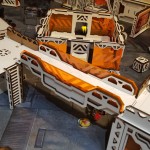 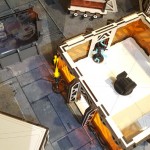 With an aquatic threat right in front of him and enemies inside the Engineering room Spector made again good use of his trusty Boarding Shotgun. After the Kamau was rendered unconscious Raoul couldn’t resist his predatory drive thus the Kamau was beaten to death by bare hands as well. Raoul then moved towards the Engineering Rooms door putting a Dropbear inside the room. A moment later the Merc-Ops peeked into the room cleaning it from any PanO presence with his Boarding shotgun. Finally he went into the room and was able to hack the central console before his Comlink was fried by the radiation inside the room. 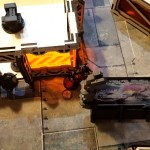 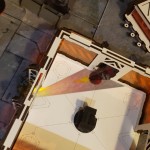 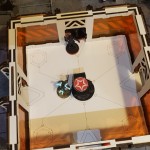 "Get me the Head of this inbred Bastard who did that to Emily!"
"She's just in a coma, Uhahu, and she'll be betrer in no time." Sgt. Lineros calmly explained to Uhahu. "Further the two remaining trespassers were caught by a Tunguskan patrol and are not in custody. They'll brought to trial in about a week, then you can demand the Zulu-Cobra's head there. Or you just accept the verdict."