Unit 29 was set up in a laboratory somewhere in the Cosmika HQ structure. Since their fight with the Dahshat unit, there have been a couple of minor scuffles with ALEPH forces, but no major firefights. At this time, ALEPH appeared to be everywhere in the structure though.

“You are being redeployed to The Xaraks Battery Fields, a Medical Checkpoint has transmitted a distress call. Other forces are en route, but you will be able to respond sooner. We have transportation on the way, landing pad Alpha Nine Nine. Proceed quickly with a small strike team, the transport is not large.”

“Acknowledged.” Aafah said, biting off her cursing. They had been fighting hard for this complex only to now be redeployed suddenly.

“As-salam Ra’id. I am Doctor Sadik. Most of us have evacuated, but we have very important medical equipment and investigative papers that we were unable to pick up.”

Pulling out a plastic map of the area, the man pointed to the three drop points, and Aafah updated her AR. Leila came up next to Aafah suddenly and whispered, “I am getting quantronic signatures. Looks like a Yu Jing strike team.” 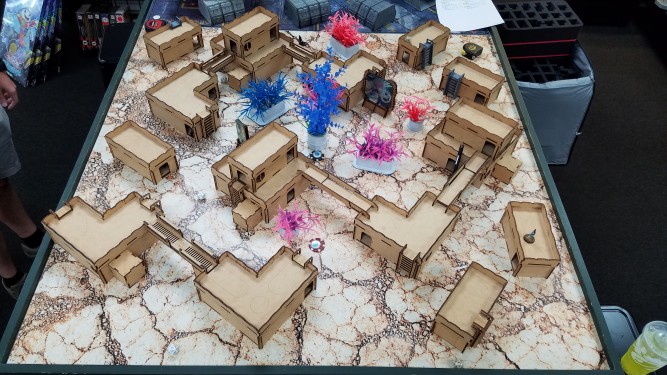 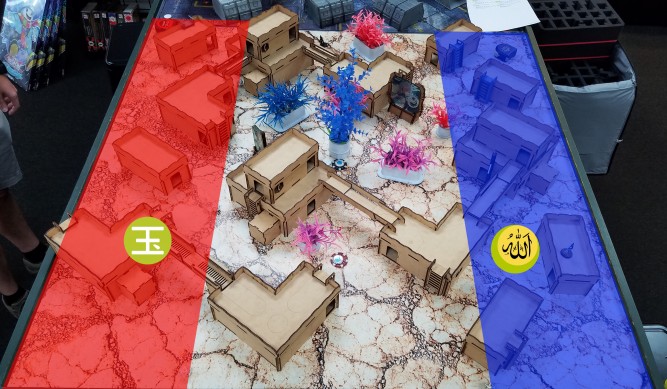 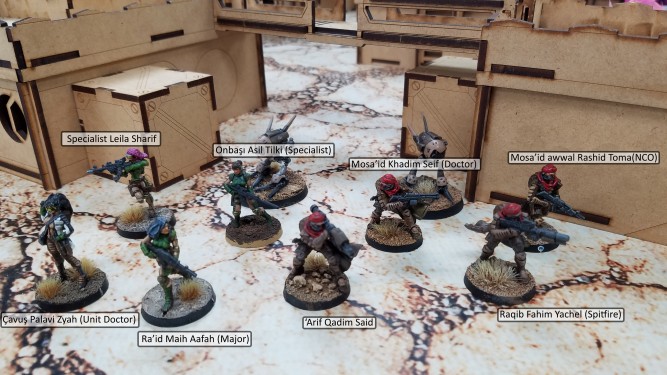 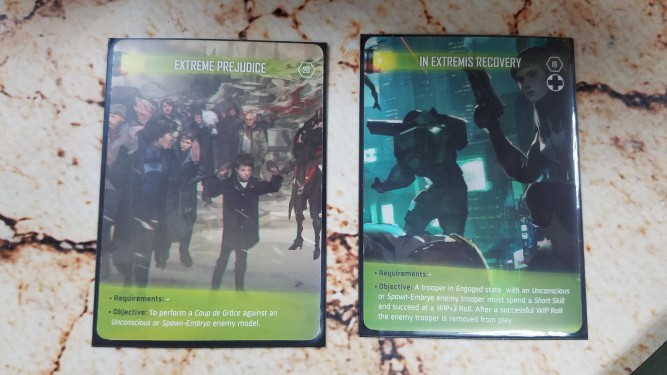 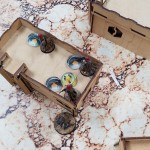 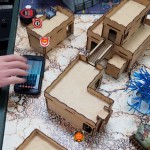 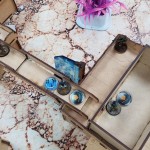 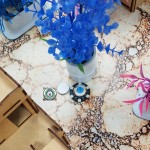 Suddenly Tilki fired a shot off across an open gardens, “I got contact moving up the right.”
Aafah dropped into a building with Leila as Zyah hit the floor, Qadim standing on over watch.

Tilki saw a Zuyong only too late as its Machine gun opened up, hitting her in the arm. Dropping prone behind the small bulwark, she grabbed the wound yelling in pain. The Zuyong then moved onto its next target, but Qadim and his rocket launcher were ready. With a loud woosh and distant explosion, the Yu Jing heavy infantry was engulfed in fire.

Smoke began billowing up from one of the drop points as a Daofei emerged, grabbing the supplies and heading back towards his force. Taking a covering position in a building, he began rifling through the package.

Zyah got an all clear from Qadim, and leapt up, running over to Tilki, providing some pain killer and quickly patching her wound. The sniper grimaced in pain but stood back up, leaning her rifle on the parapet, taking her position again as the team reoriented. 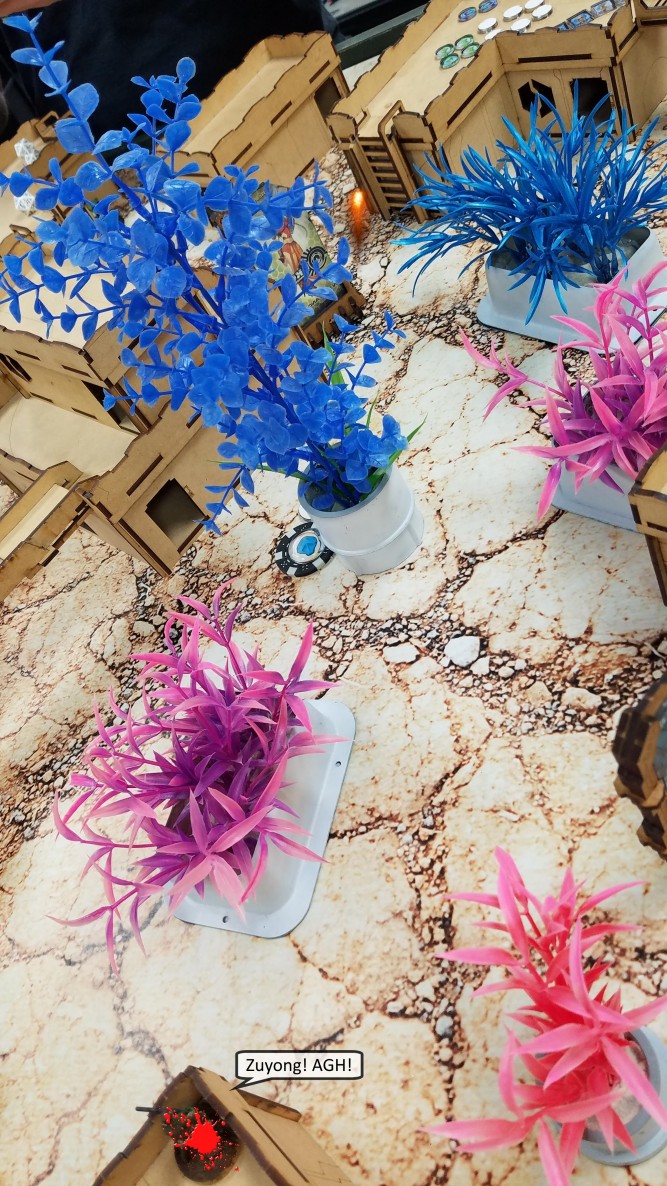 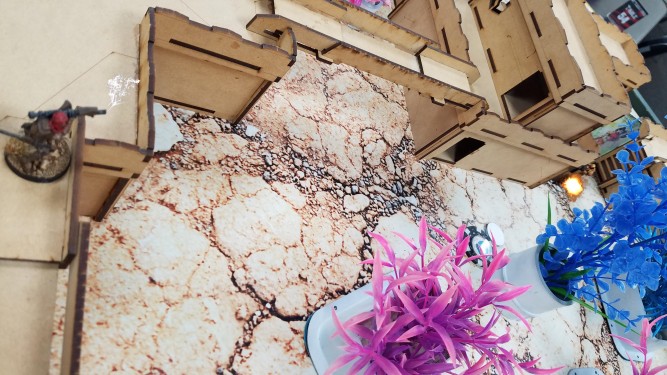 Qadim got it. Fire is great. 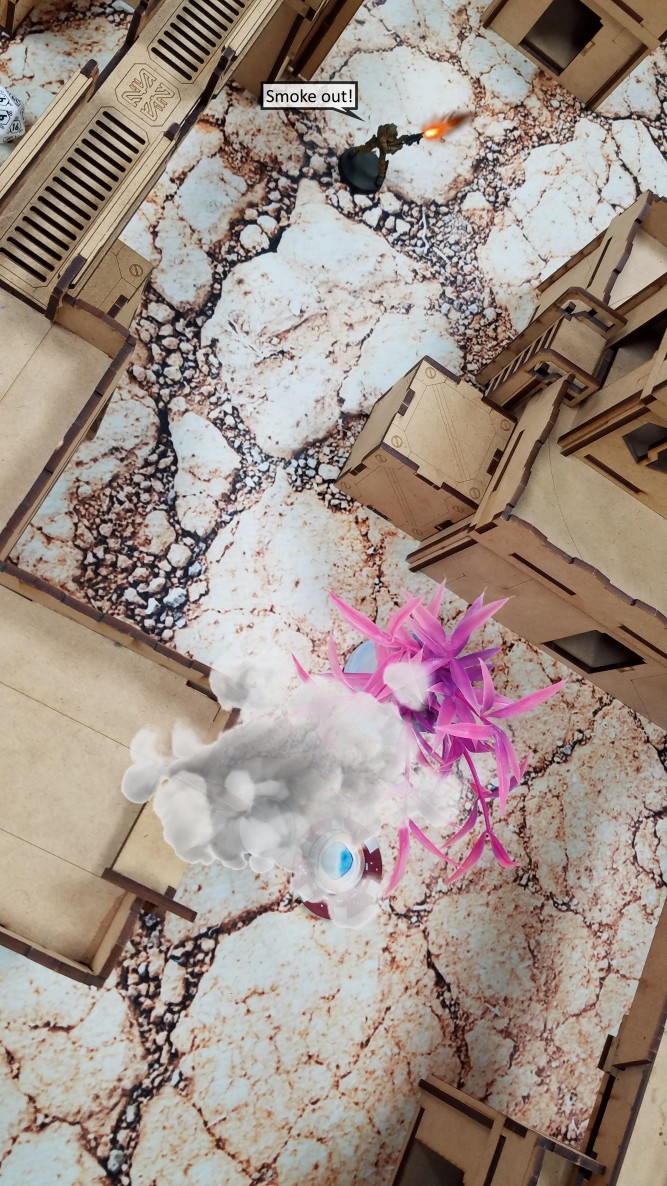 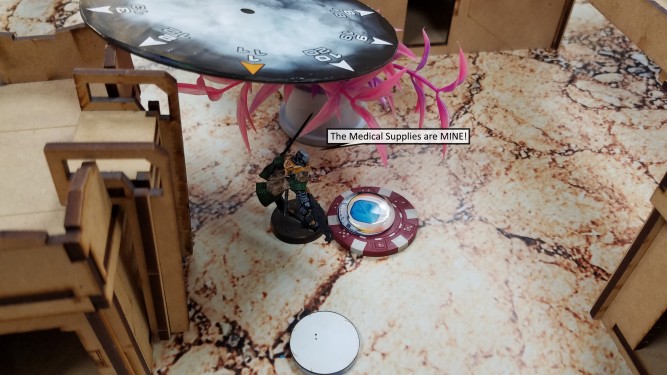 Fahim then took point, as the Khawarij began moving along the rooftops, their bioengineered bodies leaping easily through the air. The sharp shooting khawarij quickly and efficiently took down a Kuang shi moving down an alley as they moved up along a building. Seeing around the corner, into the garden square, a distortion caught Fahims eye. Bringing his gun up, he looked closer, the distortion suddenly appearing as a guilang, raising up a flash pulse to tag him. Fahim was faster with the trigger, putting a short burst into the Yu Jing specialist.

“Khadim get those supplies and retreat to the second floor of that building to the left.” Toma ordered.

The doctor nodded and began moving out as the other two leaped off the street, moving up the building. Seeing the supplies laying in the open, Khadim grabbed the box quickly, and followed his brothers, moving to the top floor of the building and laying prone as the Yu Jing forces began to converge. Smoke suddenly erupted in the middle of them, Fahim rolling out of it, and hearing the sounds of boots and hands on the buildings sides. 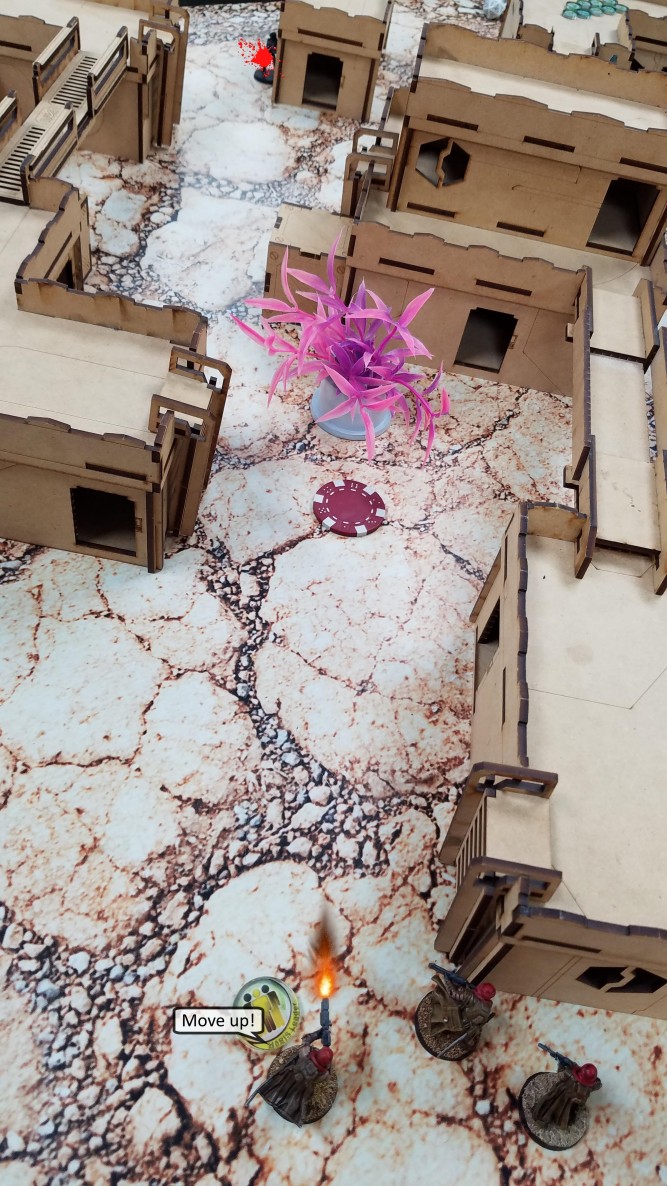 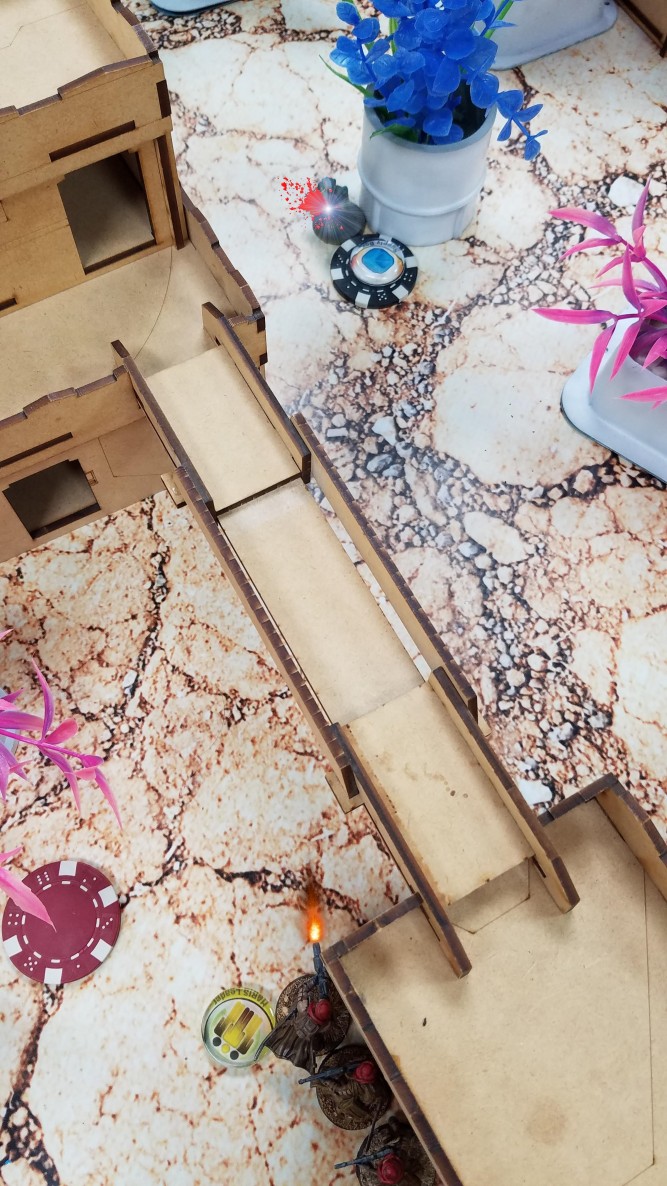 This actually took a couple of orders... 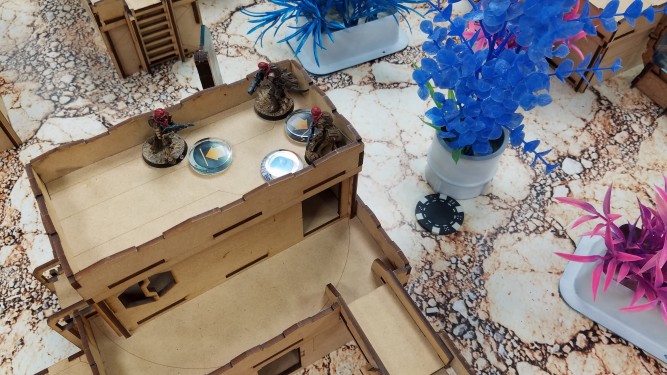 Super jump is an amazing ability. I have fallen in love with it.

Two Kuang shi began to scale the structure. One of them climbed up over the side of the bulwark and landed in the smoke. The smoke was blinding, and the Kuang Shi decided to simply spray its chain rifle in a direction. Toma and Khadim, seeing the shape moving and as it turned to them, they tumbled off the sides of the roof, Toma landing in front of another Kuang Shi as Khadim landed safely on the other side with a thud.

As the smoke cleared, Tilki raised her sniper rifle, “I got that one.”

Her rounds hit the criminal square in the back, his body crumpled to the ground. Toma raised his rifle, and fired the underslung shotgun point blank into the Kuang Shi as his chain rifle engulfed him. His armor held though and the second Kuang Shi fell back onto the ground, lifeless.

“Fahim! Clear us a path!” Toma yelled up.

The large, spitfire wielding Khawarij stood up against the bulwark, and saw a Celestial Guard and Rui Shi below. Neither of them were able to react in time, as first the Rui Shi went down, and then the Celestial guard who received a withering hail of fire from Fahim.

“It's clear! Let's move, I have a ping from that structure in front of us!”

The group moved for the structure, Toma leading the way. As they got there, they drew their scimitars, making short work of the unconscious Yu Jing officers and robot. Toma, made sure to scan the cube of one for surface level intelligence before ending their life.

Breaching the building, Toma racked his light shotgun and burst around the corner, the confines of the building enhancing the loud blasts of the weapons. Unfortunately, the Daofeis armor was too strong for his rounds to penetrate.

“Fall back!” he ordered. 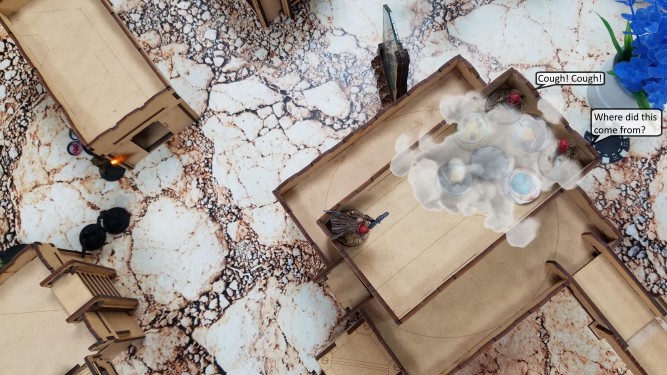 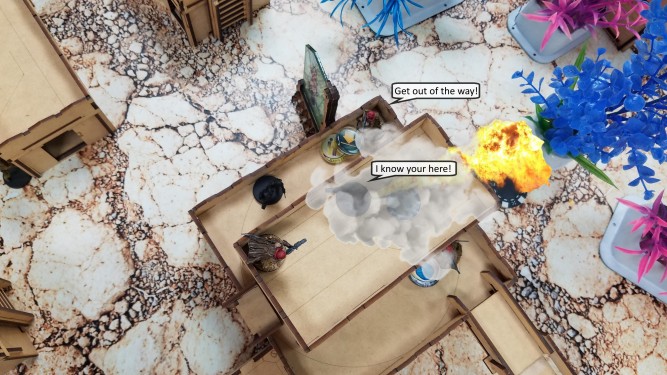 The Kuang Shi tried...intuitive attack through the smoke. Khawarij are very nimble though. 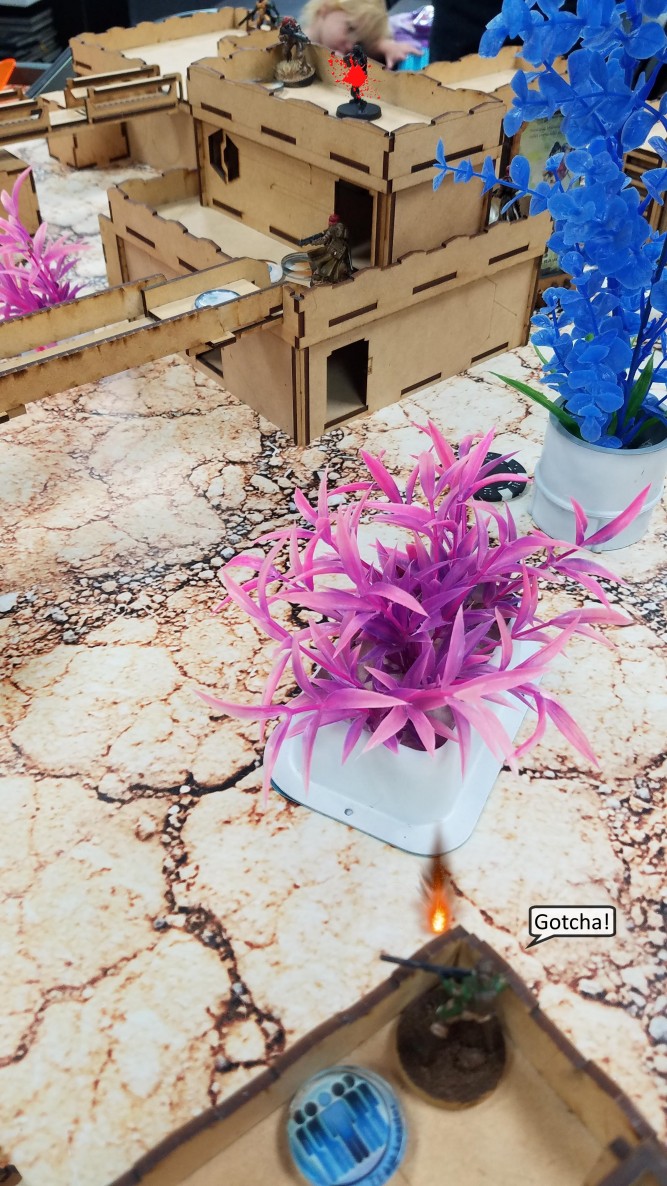 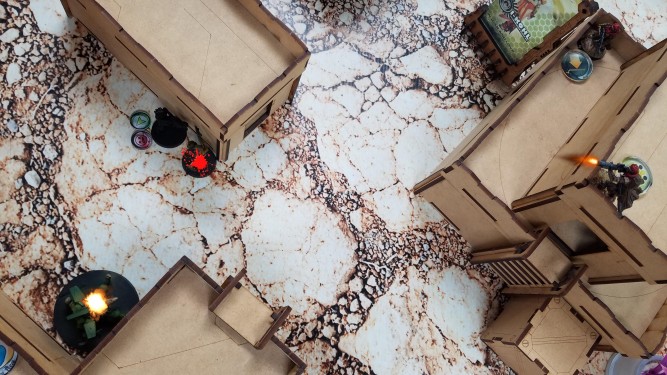 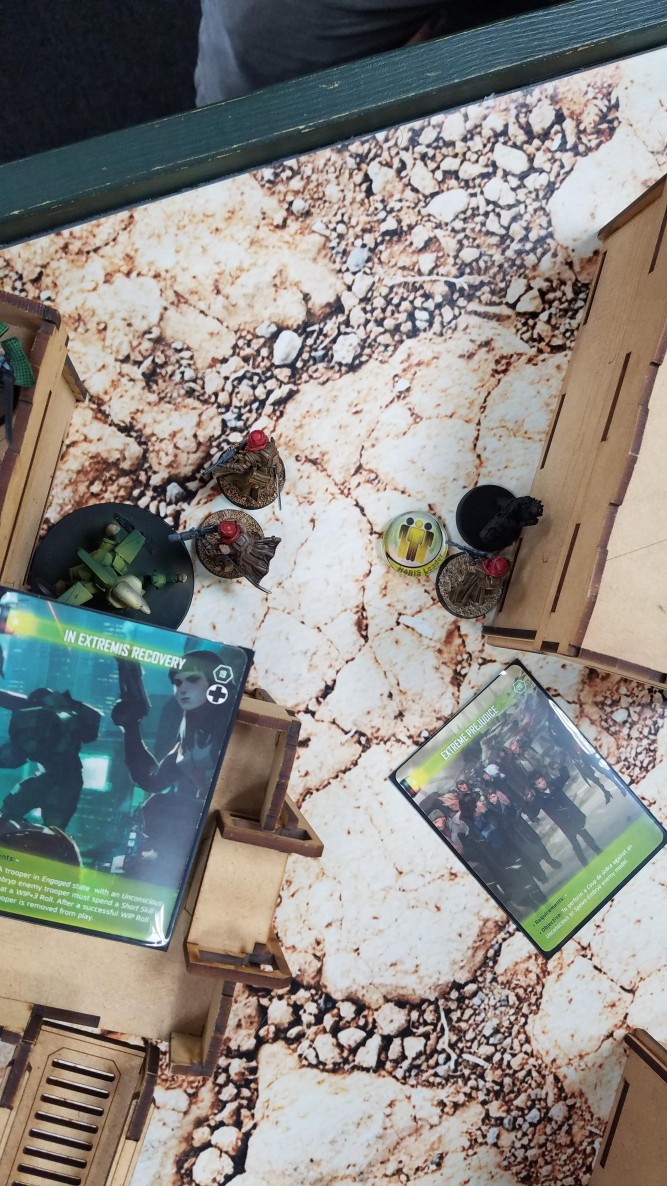 It's nice when things go unconscious next to each other...

The team retreated back up onto the roof of the two story structure again, and reassessed their options and resources. Below a Daoying moved up silently below them, taking an overwatch position. Back at the main squad, Zyah caught sight of the final supply drop.

“Aafah! I am grabbing that last drop!” She yelled behind her.

Without waiting for a confirmation, the doctor bolted along the roof top and leapt off the side onto the street. Hitting the ground she paused and looked around. It was silent, and no bullets whizzed by her so she continued running for the next building. Grabbing the ladder she climbed up into what was once an outdoor medical office. Papers and supplies were strewn all over, but a large box stood out on a field desk. Snatching the box, she secured it under her arm and bolted back for her squad.

Fahim stood up to take an assessment of the street below, and saw the disruption of the air where the Daoying was, almost too late. His Spitfire leapt up in his arms and he squeezed the trigger, the Yu Jing officer collapsing as its shotgun round flew by his head. With a leap, Khadim soared through the air, landing heavily by the door to the house containing the Daofei. In a rush he breached the building again, only for Aafahs voice to come over the comm-link, “All forces withdraw, we have classified information secured, leave the Yu Jing forces to the extra medical supplies.”

Khadim heard the Daofei breathing from directly around the corner, and giving a slightly annoyed growl, he turned and left the building, his team withdrawing. 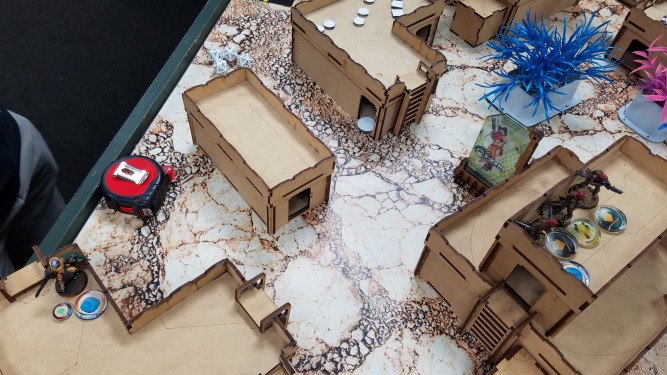 The Daofei is in suppression on the first floor... 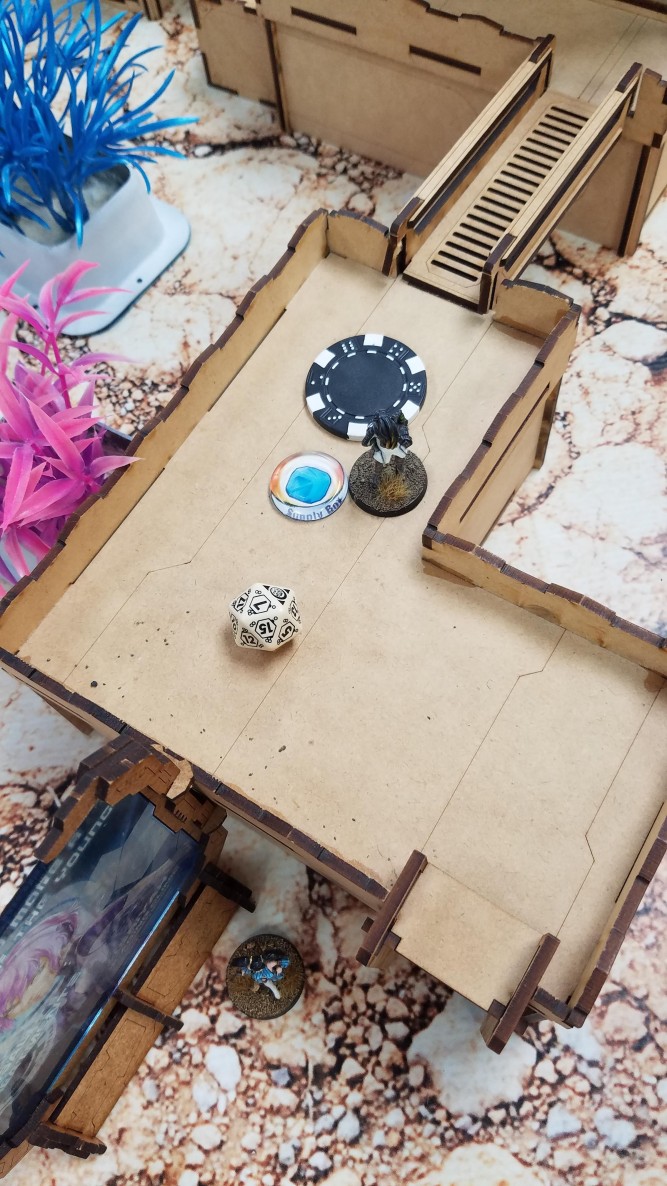 Zyah for the win!