As I wrote in my report, my task force encountered a small Nomad party attempting to raid an Apotheke warehouse just off the main strip. While I believe the details of the engagement are not of incredible interest, since some supplies were lost in the conflict I’ve been asked to elaborate. Try and keep up this time. 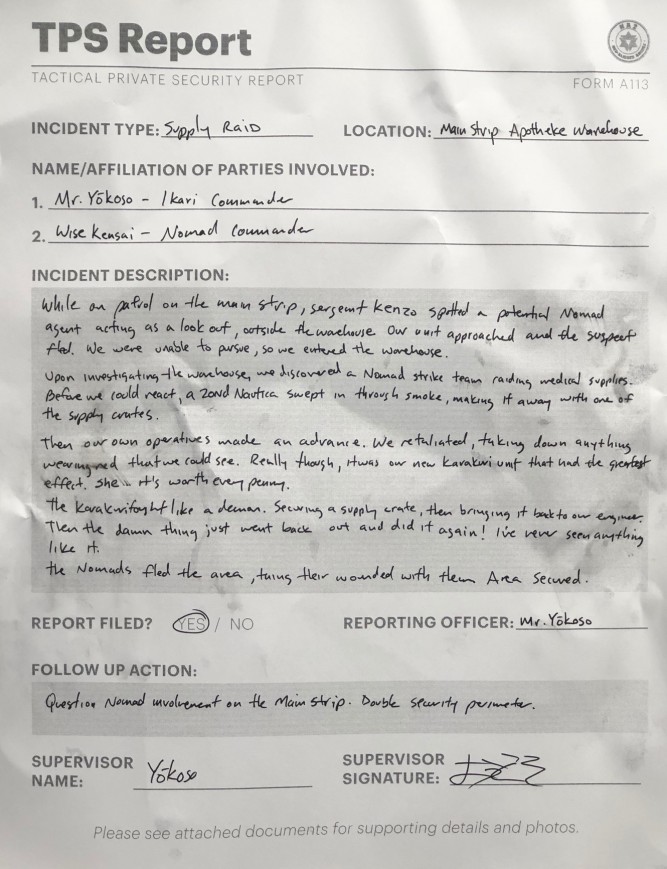 Our first contact with enemy combatants involved a Zond Nautica hacker, advancing up our flank to secure one supply crate. We had a hidden operative guarding the very position the Zond wished to assault, and while the Ninja did its best to shut down the Nomad, we did not account for the Interventor which was primed and ready to retaliate. Only after what I imagine felt like a gripping duel, but to the rest of us looked like a bunch of nerds playing video games, the Ninja failed, was fried, and the Zond made it away. When we retaliated, we did so with the fervor you should come to expect from me. Our brother on loan from the Swords of Allah, engaged in a firefight with a Reaktion Zond, and nearly died in the process, if it wasn't for our Tokusetsu taking advantage of the surplus of medical supplies in the area. In the end the Zond was taken out. We had a Liberto tagging along with us, which was mostly inconsequential, but it was at least amusing watching it martyr itself, blasting a Morlock, before a koala gave it the hug of death. We cleaned up a few more Nomads, before they attempted to strike back.

The Karakuri unit performed remarkably well, considering this was only a test run. She held down the flank while the Nomads futilely made their advance towards the rest of the supplies. We had recently hacked one of those Shadowshooter's and brought it along for a laugh, a bit of a mascot really, though I'll be damned if it didn't do it's job, covering a corridor with effective firepower, while being surprisingly resilient. I've never been a huge fan of watching Aristeia! but if the real Bill shoots half as good as these things, I may have to give it a shot.

Finally, not wanting to lose any more good fighters, I sent in the Karakuri. She first secured the central supply crate, returning it safely to the Tokusetsu Engineer, before making her way towards the second. She encountered a mine, and didn't even notice, just kept advancing, taking the last supply crate, before tucking it in safely.

The Nomad raiders did make it away with one crate of supplies, but overall, the mission was a resounding success, and losses fell within acceptable limits. Mr. Yojimbo will not be pleased regarding the incident with the second Reaktion Zond, though I suspect if we double his ration of sake and toss in a few more credits, he'll get over it. 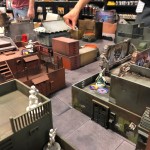 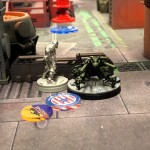 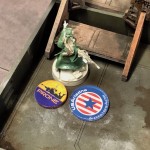 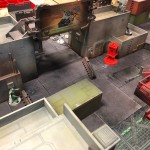 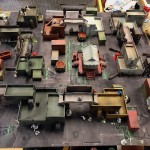 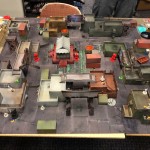 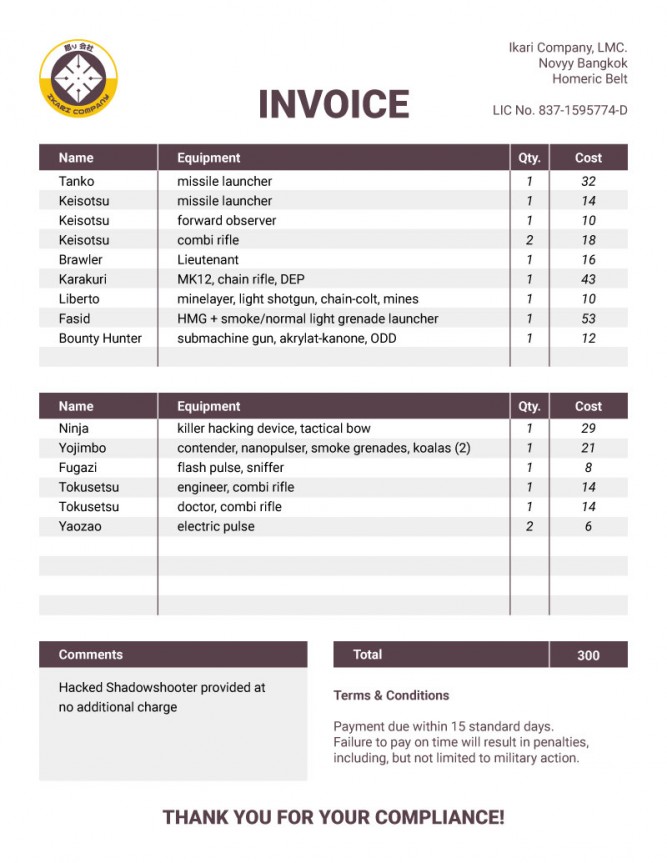