Fought At The Gallery Maze: The Passageways
1139 days 2 hours 34 minutes ago 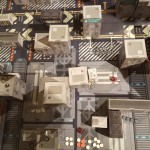 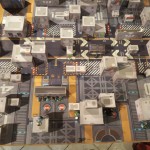 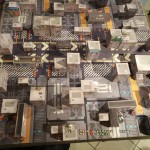 The battle was a Slaughter. Unidrons attacked my right flank and killed my Zondnautica and freshly painted PuppetMaster who were my main attacking pieces. All meanwhile being constantly hacked by HD+ Interventor, AHD Zero and HD Spec Ops. 6 BTS on the Drones is nasty.
After I lost two attacking pieces I basically had not much to do.
Getting them out of my deployment was practically impossible. Only a Morlock with Regeneration managed to kill Nexus Spec Ops and a Baggage REM which was in CC with the Nexus.
Zero AHD tried his luck in getting off of his hiding spot but I forgot about the Unidrons being able to draw LoF there and he got shot down by the PSR.
Another Morlock got forward and managed to get a shot at the Ikadron and they both went down.
This being a 3rd bad game in a campaign and a few (about 10 :/) more in general in a row makes me lacking in morale to play more or write more eloquently.

No one has recommended Tcional for commendation. Log in to be the first.