Fought At The Gallery Maze: The Chimneys
1162 days 7 hours 55 minutes ago

Mission was Countermeasures and exlusion zone was limiting my deployment options.
I won the Initiative roll and decided to go first. I was told to deploy first.
I have deployed Spitfire Zondnautica, Salyut, Transductor and Zondbot on the left flank in cover.
Moran FO in the middle on a tower with CrazyKoalas in cover ready to go forward and Alguacil prone in my DZ in Total Cover.
On the right flank I had HMG Intruder, another pair of Transductor and Salyut, a Spec Ops, an FO Moran with Jammer Heckler near him and an Alguacil near the table edge.
3 Morlocks were deployed with 2 on the left flank and 1 out of cover on the right.
2 Camo markers on the left are KHD and FO Zeros.
There's also an HVT in the middle near the objective room and 2 of them on the right. 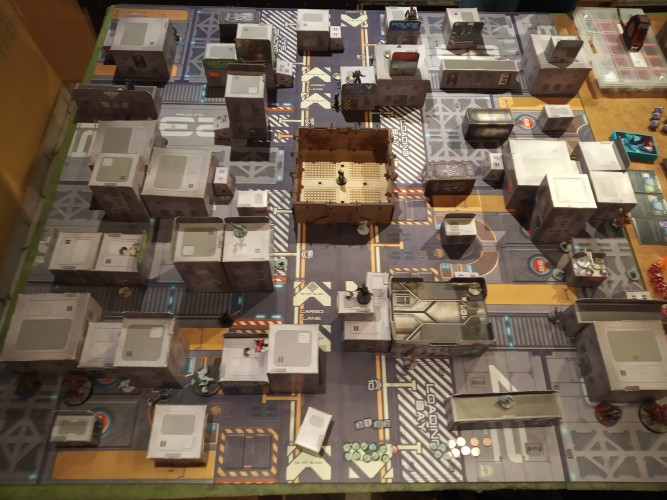 Onyx deployed with oh so many ARO pieces.
Unidron link with HMG, ML, PSR and 2x FO Plasma Carbine deployed in the middle with 4 of the pieces capable of ARO on my approach. Furthermore it was supported with HMG TR drone behind them on the building. What I didnt know back then was that there was also a Nocitfier with Missile Launcher in Hidden Deployment on a tower near the left edge of the table.
2 Ikadrons were deployed on both sides of the DZ, one supported with a FP REM and covering Dr Worm.
There's also Nexus Hacker Lt near the Unidron fireteam along with Paramedic Rodok and a KHD Rodok on the right side of the table. 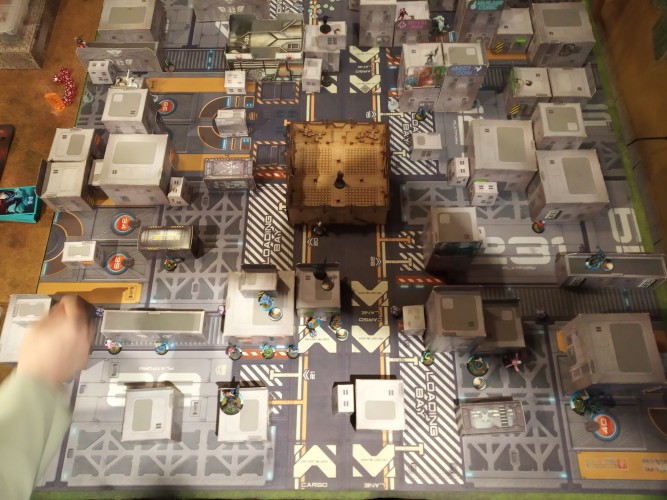 Zondnautica eats a hit from TR Drone and Unidrone in Impetous, while 2 Morlocks on the left are safe and the one on the right get knocked out by ARO. When she was saving 2 hits from the Unidrone I learned that she has 3 ARM while mounted and she saved both hits on 13 and 19. One of the Morlocks throws smoke near the Intruder and the Intruder puts down the TR REM and then proceeds to die to ML hits.
Zondnautica gets picked up, and once Morlock covers ARO alley with a smoke she goes through the left flank only to get caught offguard by double ARO and knocked out again.
Morans get Coordinated and put Koalas forward to put them into Stand-by. 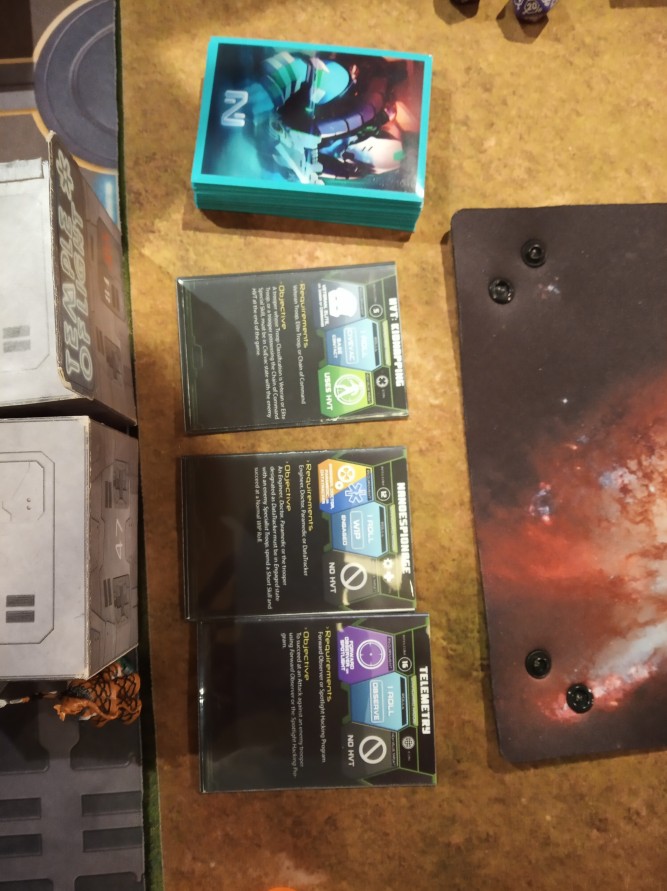 Objectives on the first round. 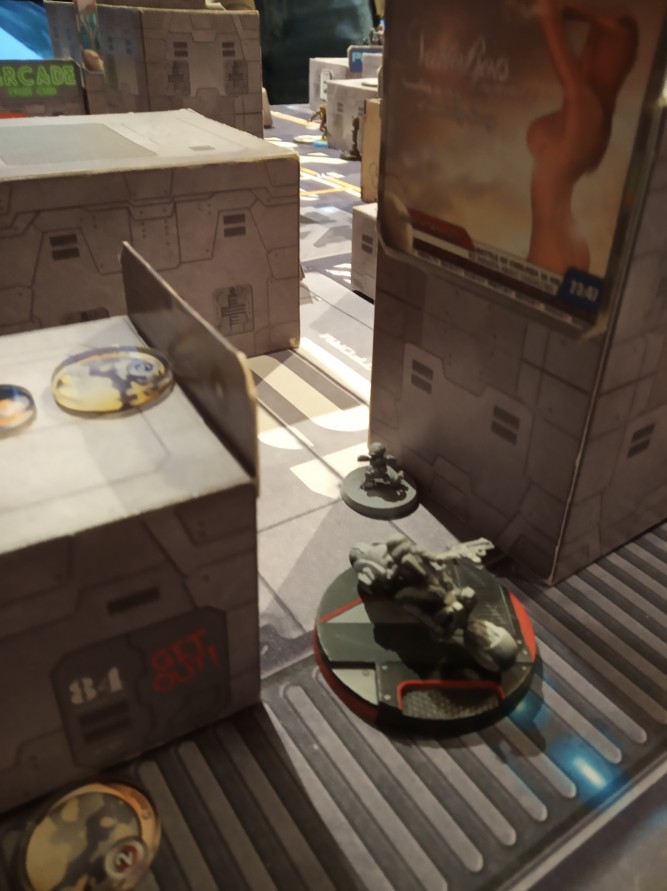 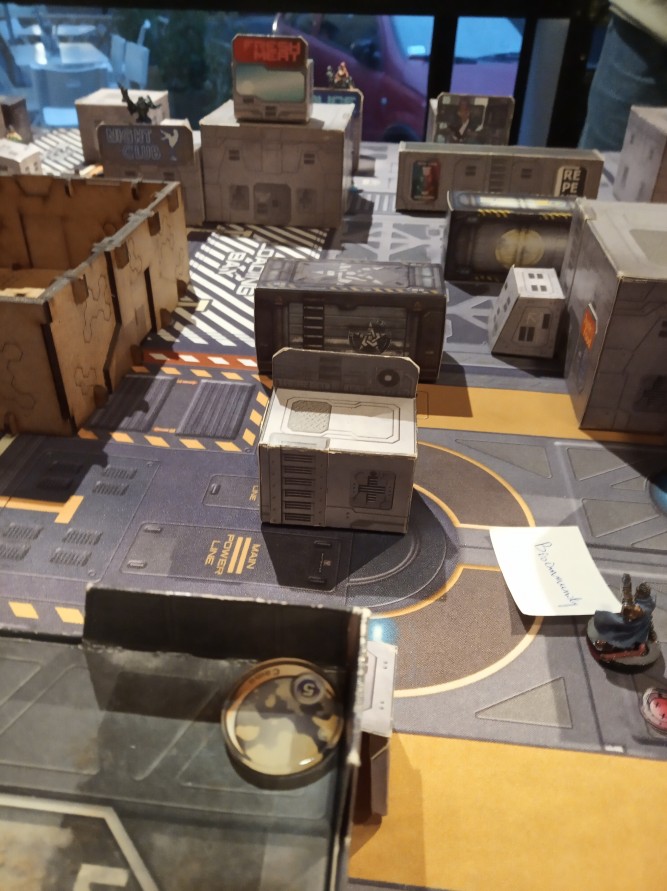 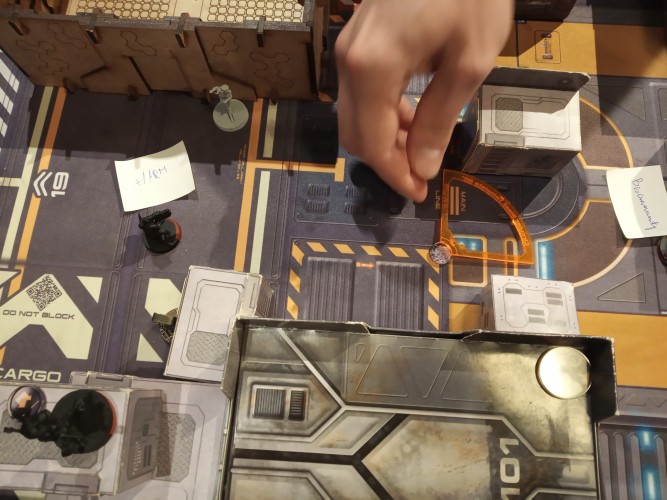 During its turn onyx repaired the TR Drone, finished of Zondnautica with a KHD Rodok and pushed a Ikadron to dodge the Koalas for Kerr-Nau to go forward forward to complete one of the objectives and fall back. Lt Nexus turned Marksmanship program with the Lt Order on the TR Drone.

On my second turn I noticed that I can try and delete some of the ARO with Orders in my second group. In Impetous Morlock misses the Imetron and then manages to kill it in her Irregular. Hellcat with an HMG Infiltrated out of Kerr Nau ZoC and shot him in the back. Only 1 shot hit and he passed an ARM save and turned around aaaaand managed to win next FtF with Hellcat and knock him out.
Without many options left I pushed a KHD Zero to the middle to try and kill the enemy LT, but it turned out that I would have to go out of cover into multiple ARO or try to hack him at the edge of ZoC. I chose the other option and it turned out that I am 1-2 inches too far from Nexus.
The Zero FO pushes forward near the left table edge to finish behind Zondbot.

Onyx decided to push the Ikadrons. One on the right pushed to burn the Zero down with a Zondbot next to him. Paramedic Rodok jumps down to open the door to the objective room and then shoots down KHD Zero. Kerr-Nau together with Ikadron manage to kill the Unconscious Hellcat to get kill #1 for Predator. Ikadron on the left pushes to get into base contact with Unconscious Morlock to try and kill her for still remaining Predator Objective but Morlocks saves eat the remaining orders on the Ikadrone.

In my third turn I shoot the Ikadron with Morans Combi hitting the Ikadron twice and killing the Morlock - at least the kill was denied. With next order she gets killed. Then my Alguacil gets pushed forward toward the middle managing to dodge multiple AROs but eventually gets killed by a Paramedic Rodok. Having nothing else to do I pass.

Onyx need only 1 objective at this point to get 10 OP so they activate the Worm and its Slave Drone rushes to my unconscious Spec Ops only to complete Retroengineering. 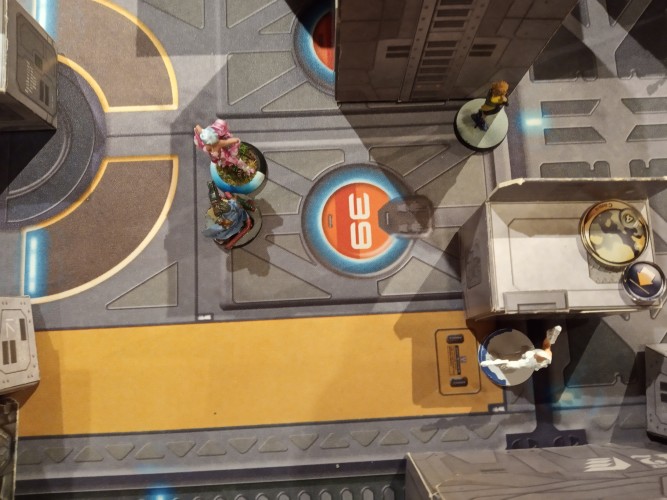 Moran killing both Morlock and Ikadron.