We sent an Assassin team to scout the main strip and secure some vital supplies, the moment they found the tech coffins they noticed they were not alone, there were something lurking in the shadows not entirely human. Quickly lieutenant Arfadig sent a team of 4 govads and an asawira to take positions on the building to the right to cover the advance of the specialists to recover the vital supplies to the left and center. On the first turn the Spiral Corps were mere shadows so we managed to take excelent positions, the engineer and a kameel to the far left, the Leutennent and his guard to the center along with a Wild Bill Shadow shooter we found. To the center the Forward observer was close to a nasmat controlled by the Ghulam medic and also the Fiday, who was unable to use his disguise. And to the right there was the Govads and Asawira acompained by the medic and a nasmat controlled by the engeneer.

When the team advanced a woman turned out to be a Kiiutan Impost whole quickly planted an E/maule that exploded leaving the number 2 aisolated from the team. But fast was lightning the asawira fired her spitfire leaving the alien on the floor and continued their advance to take positions over the buildings.

In the middle street the Fiday started his advance unchallenged until a Clipsos Infiltrator appeared from thin air behind a wall and started shooting at him, the Fiday tried unsuccesfuly to pop some smoke to cover his advance but he was saved thanks to his armour and amazing speed; he kept advancing under fire until he managed to drop a smoke grenade at the feet of the Clipsos and managed to get to melee range with her and cut her in two.

During the Kiel-Saan advance our Govad with Missile launcher managed to shot him to watch the alien burst in a cloud of fire and blood.

After that our engineer and forwar overver advanced unchallenged to capture the left and middle tech coffins unchallenged, and only our govad hacker activated a mine when he tried to get to the right coffin dieing almost imediatly. Furtunatly our Ragik hacker was still in the air so she could drop close to the coffin to capture it. Then it was only a matter of covering our retreat with all the gathered supplies. 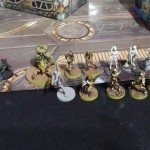 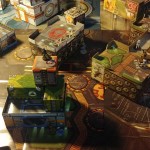 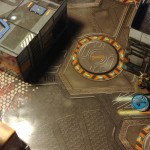 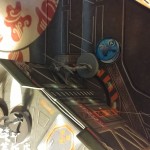 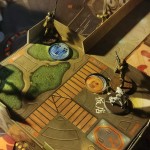 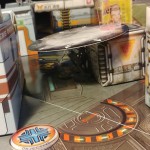 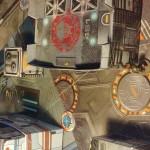 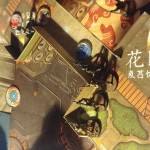 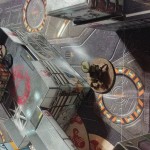 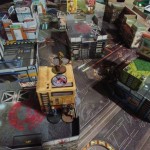 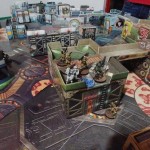