150 POINTS
Haqqislam Sword of the Prophet VS NA-2 miguel

When Tarik picks you it is the ultimate honor.

It is the opportunity to represent the very best of Haqqislam.

He picked four Naffatun and I was one of those fortunate individuals of the regiment.

With gear on and flamethrowers spraying and burning our way to the enemy, we rushed the JSA positions. They were brave warriors and they responded in kind blasting my colleagues with their weapons.

Men and women went down. Shot or sliced to death… or sometimes both.

Tarik did not blink. He slaughtered his way through the enemy. There was no hesitation. No doubt. No mercy.

Those he could not chop with his sword, he blasted with his spitfire. There was no hiding from him. They were not cowards and they did not retreat.

When the dust settled, only Tarik and I remained.

The mission was accomplished and Tarik Mansuri savored the smell of gunpowder and Napht that mingled with the smell of blood and sweat.

The echoes of death cries and screams remained in my head.

“Glory, my friend, Abdallah!!” Tarik shouted in sheer ecstasy. “Glory for the Sword of Allah!”

I looked down at my dead colleagues. Their bodies were twisted in unnatural positions and their eyes stared emptily at our leader.

Such is the fate of the servants of the Prophet.

We accept it with pride and honor!

“Glory, Tarik!” I shouted. “We should have left one alive to tell the story.”

“You’re alive,” he said smiling and wrapping his huge arm around my padded shoulders. “You’ll tell the story. And others will serve.”

The story would be told.

And there will be many ready to serve. 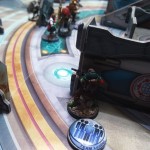 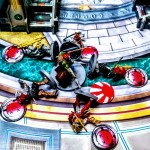 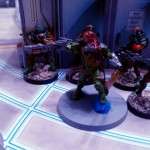 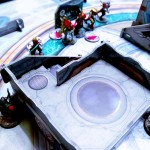 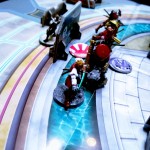 3 People Recommended Sword of the Prophet for commendation