“Sada,” Abdullah bin Abdul called as he approached me.

I turned. I was a Haqqislamite scholar specialized in Hassassin lore. I did not publish my work for the public. It is for the inner circle of Hassassin leaders.

I am of the Ghazi Muttawi’ah.

Abdullah was of the Asawira Regiment. He was a fine sword tempered and sharpened to perfection. He was the perfect warrior.

I was humbled by his attention.

“My lord,” I turned bowing out of respect. “How may I serve?”

The Ghazi Muttawi’ah are committed to the Hassassin cause in all ways. While we cannot be like the Asawira Regiment on the field, we can fight along their side. Our courage is unmatched on the battlefield and we are sought out for support because we are unwaveringly loyal to the cause.

“I want you protecting our way on a mission,” he said. “Your hand is steady and your courage is unmatched. If you stay close and protect our way, Allah will smile on us with success.”

“It is my pleasure to serve,” I said beaming at the opportunity to fight at the side of our brave warriors. “When do we leave?”

“Within the hour,” he said smiling. “We will assault an arms depot and hold on to it for Allah.”

“It will be so,” I said before bowing and leaving for my gear.

My gear was not much. No armor. I carried a pistol I was not especially accurate with. I had a knife just in case I got close enough. I had a belt full of smoke grenades. Those saved more lives than I could count. The jammer was capable of damaging enemy technology and communication. And last but never least, was the Chain Rifle. It was a beautiful weapon capable of incredible damage. I could not easily hit a target at ten paces with a pistol, but with the Chain Rifle I only need point in the general direction of the enemy and pull the trigger.

It was a perfect weapon for one more accustomed to reading and writing rather than spending time on the shooting range.

We were inserted into the sector where the armory was. Abdullah had a fine team of honorable Govads. They were all skilled and brave warriors. As we approached the armory we fell under constant fire by the enemy. Many warriors died but we took our revenge and many enemies laid dead at our feet.

The enemy was of the Japanese Succesionist Army. They sent a heavily armored TAG to hit. Abdullah went down with an attack. I laid down smoke to protect him and to allow a brave Govad hacker to approach the Armory door.

He opened it and we cheered.

Abdullah was down and another Govad took leadership of the group. The Ghulam medic had her head blown off by the O-yoroi and we were without a medic.

I did not despair despite losing our leader. I know the Asawira well and I know of their capacity to regenerate wounds.

He stirred and after a while he stood up prepared to do battle. The Govads stormed the Armory. The Hacker had been attacked and killed. The Govads cleaned the room of enemies.

It did not last though. The Oyoroi could not enter the door, but it could easily shoot inside. And shoot it did. It maimed the Govads and my dear Abdullah.

Once the dust settled, the Oyoroi opened and its pilot jumped out.

She would secure the objective on foot and our sacrifice would have been made in vain.

All my colleagues lay dead or were fleeing the battlefield.

I was Ghazi. I was the last left to defend the will of Allah.

I stormed the room with the fury of the Chain Rifle blasting at my enemy.

Caught off guard, she tried to escape but the hot metal shrapnel cut deep into her unarmored back and she lay motionless on the ground.

I inspected the interior of the armory. Bodies were strewn around the room. The O-yori lay outside motionless without its pilot.

I stood guard and waited faithfully.

In a matter of minutes a new Haqqislamite unit arrived.

They were shocked to see me alone among the carnage. The lone survivor of a terrible battle.

“They destroyed your unit and you have not a single scratch,” the Ghulam medic said amazed I was unscathed.

“It is so,” the medic replied.

I watched Abdullah be placed in a body bag and being zipped up.

“It is the will of the Prophet,” I said with a sad sigh as I returned to the transport to be returned to base.

Such is the commitment of the Hassassin to the cause.

Such is the commitment of the Ghazi Muttawi’ah. 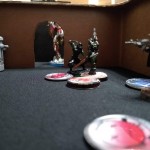 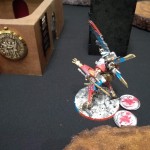 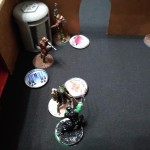 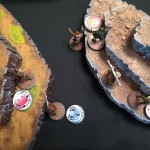 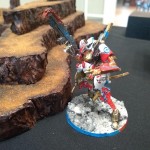 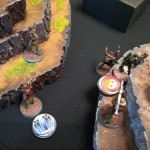 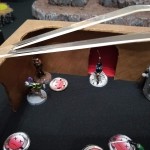 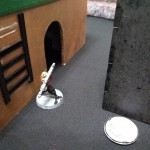 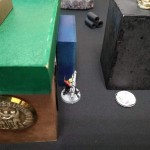 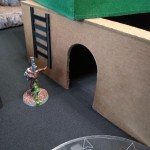 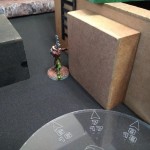 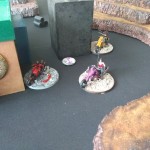 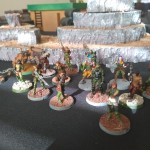 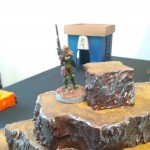 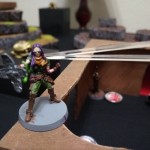 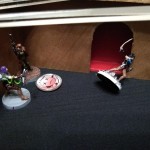 4 People Recommended Sword of the Prophet for commendation