Hands of our "Medicin"

There were rumors about an S.S.S. attempt to steel our “medical” reserves at the Main Strip. No idea, what this robot freaks want to do with our emergency reserves. But about a half an hour ago the informant was here and the Squad had enough time to prepare a warm welcome.
T1
Good prepared, we could start the confrontation with hunzakut and a zencha just near the coffins. But the confrontation was started, like nearly always, by an overmotivated kum, going down in the enemy sniper fire. But she managed to place a smoke grenade to cover the middle tech coffin and the zencha. On the left side, Mcmurrough looked for the necessaire smoke screen. The Zuyong/bounty hunter/rui shi team moved on the right side up, took down the sniper and the msv2-wearer. After taking care of these two threats, the zuyong paramedic took the “medicin” and the whole team gathered back at the deployment zone. Zencha took the middle coffin with the last order and stood now open in the middle of the board. Luckily there was still plenty of motivation in the second group. Hunzakut took his supplies and with some coordinated orders he ran back to the deployment zone and a liberto to the zencha. Liberto took the supplies from the zencha and ran back.
Now it was time for the answer. Dakini-Team and Assura got in and took out wild bill, a bounty hunter and the zencha. But they didn’t reached any supplies. Assura gone in suppression just in front of my deployment zone.

T2
The Leutnant thought that the aussura is the ideal Target for the rui shui with assisted fire. But assura resisted till rui shui ran out of ammo. Another plan has to be made. On the side Mcmorrough riped the paramedic dakini apart. Then a Liberto tried to hit the lucky punch on the assura and did so. Assura finally gone down by a light shotgun.
As answer a little danavas-Hacker shot Mcmorrough in the back and took him down. Then he did the same to the dozer and completed a Classified.
T3
Hunzakut and liberto placed some more mines. The Fire team sprints from one side of the deployment zone to the other to take out the danavas. On the way there valerya scans some data and put a spotlight on an unconscious Dakini laying on the street.
S.S.S. knowed that there’s no chance for stealing our “medicin”, so they hit us by taking Mcmurrough out by a coup de grace.
Till know I don’t know what S.S.S. planned to do with our [email protected]ç* eh medicin, but we showed them who owns the Mainstrip. Most important, we saved our reserves. 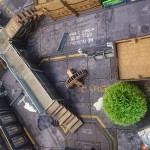 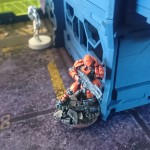 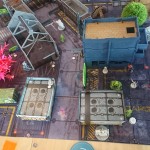