The initiative was seized by Tohaa. Organized triples of xenos covered with eclipse smoke burst into Armory and mined the room began to open boxes with equipment.

Ariadne
The attempt to impose a shootout on an enemy sniper failed. Destroying the protective Pokemon and making a wound, the fighter with Missile Launcher died from a well-aimed shot. The masked xenos in our position opened up by shooting Line Kazak, and was eventually destroyed by the fire of the veteran and Kazak Spetsnaz. Further sluggish firefight did not lead to anything.

Tohaa
The enemy carefully tries to heal my veterans, but loses his fighters and continues to gain a foothold in Armory. A sniper fell under the fire of a veteran’s machine gun, but was raised by a paramedic.

Ariadne
My Irmandinhos’s attempt to break inside was unsuccessful. Having received a dose of pheromones, they could not properly fix the charge, the door survived. While one of the fighters brought to life the other, he himself fell victim to the same pheromones. Spitting on everything, we opened the doors and launched Streloks into the camo. He died from explosive mines and a flurry of fire, but in the end managed to finish off the source of pheromones.

Tohaa
The enemy continues to rummage in boxes with equipment. Mines the room again. Tightens a heavy flamethrower. The room becomes an impregnable fortress.

Ariadne
My last chance to break inside. From a distant position, Kazak Spetsnaz presses the xenos that have settled inside the machine gun. The last surviving Irmandinhos goes on a crazy attack and collects mines. Next is a veteran and methodically cleans the room with a heavy pistol and machine gun. Dies from a sniper shot, but manages to run inside his comrades. The victory of Ariadne. The enemy is knocked out of Armory. 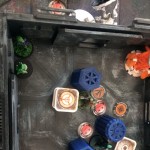 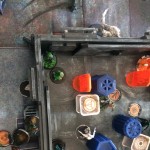 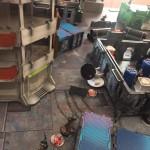 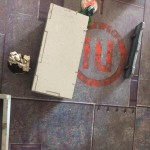 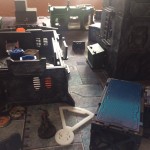 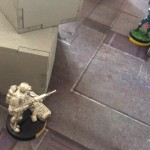 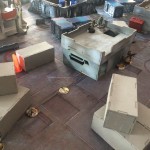