”Move, move, move!” Lt. Max Delgado spurred his team on. ”This is it! The enemy's crawling out from under every rock! Hold the position!” Things had gotten interesting since the Task Force's near-suicidal attack on the Main Strip. Most of the force had gotten away thanks to the two Knights drawing the enemy's attention, but now Liberty Base was under heavy attack from all directions. They had barely patched up their wounds as the Japanese came at them again, howling for blood. Instead of meeting the charging horde head on, Intel had ordered the Task Force to mount a counter-attack to catch the enemy's comms relay, to crack its decoding and to give tactical advantage to the defenders. Max was pretty beaten up, but he realized the importance of the mission and neither he or anyone under his command had voiced a word edgewise when the order came. He was now in the thick of it, just some metres from the target, as the enemy converged on their position.

Sgt. Miller of the Zulu Cobras was the point man. He had managed to pierce the enemy lines, and just one bridge separated him from the relay. He stepped on it carefully, and that was when all hell broke loose. The amount of fire coming in his direction was like nothing he had ever witnessed, with small-caliber bullets peeling the concrete off bit by bit. He dared to pop up every so often for return fire, but that was pretty much blind firing. ”Uh, kinda pinned down here,” he reported. ”Would be nice if someone managed to snap off the shooters!” He covered down on the bridge bottom, realising that several shots were starting to punch through the side now. ”Moving on,” Father-Knight Mercado shouted encouragingly, ”hold on just a while longer!”

As the knights hit the enemy position the fire died down almost at once, but it was too late for Miller. Max Delgado was advancing to cover him, but spotted the opening and dashed quickly over the bridge towards the relay. ”Get it done, man!” Miller groaned as he passed. ”Don't mind me, I'll be allright!” Max scooped up the relay, and plugged it into the supercomputer he had in his pack for this mission. It gave him an estimate of two minutes until the enemy comms encryption was broken, which was practically two weeks in firefight terms. Anything could happen in two minutes! ”Team, I've got the package! Now just to keep them busy while we crack it!”

Brother Sebastian Garibaldi had managed to sneak in the wake of Delgado wearing his Holoprojector camouflage and masking as a civilian. As he reached the bridge where Miller had went down, he dropped the disguise and let out a burst of gunfire to get the attention of the enemy troops trying to flank them. ”Lieutenant!” he shouted out. ”They have our relay in possession!” ”Don't worry about that,” Max responded. ”We've got redundancy, and can shut that one down if they look like breaking through.” Garibaldi didn't get any further with the conversation as the enemy charged the stairway he was holding. His position was superior, however, and he easily dispatched the first one with his sword. ”Come on, bastards! You can't get through here!” The enemy pushed on, and he was reeling from the fierce sword-blows. From all the training, the Knight wasn't bad at swordplay, but these Japanese lived the life and it was in their culture. He was outmatched, but knew that the higher price he claimed for his life, the better chance the Lieutenant had with the codebreaking. ”Sebastian, back up! I can cover you from here!” Max shouted from the adjoining rooftop. He risked a glance back, and saw the LT ready with his rifle, and with a clean shot to the top of the stairs where he was standing. Garibaldi gave the ascending enemy a final kick, and used the time it bought him to back up deeper into the rooftop. Just as planned, the enemy surged onwards again, and Max's rifle rattled, peppering the assailants with AP bullets. This didn't slow them, though, but it gave Garibaldi a fighting chance. He was no longer fighting for the mission, but he had a chance to win this fight, which spurred him to feats he never had suspected of himself. One by one, he cut the Japanese down, and the last one retreated down the stairs. He was about to take a breather, but turned as he heard a blood-curdling warcry from behind him.

Max had been keeping one eye on the readout the whole time, and swore that the seconds in it went a lot slower than in real life. He saw Garibaldi fighting like a demigod in the next building over, and wished that he could speed the clock up by doing something other than just waiting. 30 seconds, 25 seconds, 20 seconds, 15 seconds... Then he picked up movement in his intel feed, and prepared to receive a charge if someone tried to interrupt the codebreaking in the last seconds. Then the enemy came, right into his line of fire. Time slowed down even further as he pulled the trigger down. The enemy heavy, an officer judging by his armour markings, came screaming up the staircase, with swords ready for a deathblow. Max's aim was spot on, and he willed the gun to spit the bullets out faster. One hit the foe in the shoulder, and he watched it sink in and emerge through the back in slow-motion. The second glanced his helmet, exposing circuitry and wires. The foe still came on. The next one, however, hit squarely in centre-mass, and the Japanese-made heavy armour couldn't stop the point-blank impact of the penetrating round. It went straight through, followed by the next bullet that hit right next to it, and the two after those were redundant as the opponent went limp. The momentum of the charge carried the dying body the last two metres, and he landed right on Max's feet. At the same time, the readout chimed, and he looked up to see the program cracked. They were through, and had access to the Japanese comm net. This offensive would be cut down in no-time! ”Varuna! Varuna!” he began to chant, still high on adrenaline. ”We've got this, boys and girls! They're falling back, and we've got them on the ropes!”

”Figures,” Lt. Max Delgado said to himself after reading his next assignment. The Liberty Base was under attack from all directions, and PMC had decided to cut their losses and evacuate all strictly military forces. There would remain a garrison of Liberty Cargo security personnell, or at least soldiers that could be made to look like the part, while O-12 pacified the situation. The Hexahedron would undoubtedly clean up all traces of covert operations on site, to further justify the company's claims of innocence. That's the way the game was played, and Max had been around for a few matches already. But he wasn't too bothered about it. He had, after a few setbacks, accomplished his mission, and had made the Sphere that one bit safer for everyone. He could be content to that, even when the corporations and major powers were playing the blame game and trying to convince the international community of their innocence. That wasn't his job, to get involved in politics. He was in the game to make a difference for the common man, to seek out threats to them and take them out, with or without credit. He didn't know about the next fight, but at least for now he could rest easy. 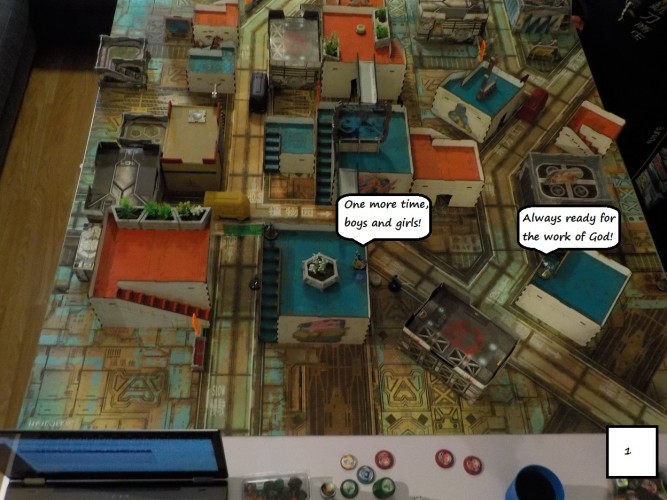 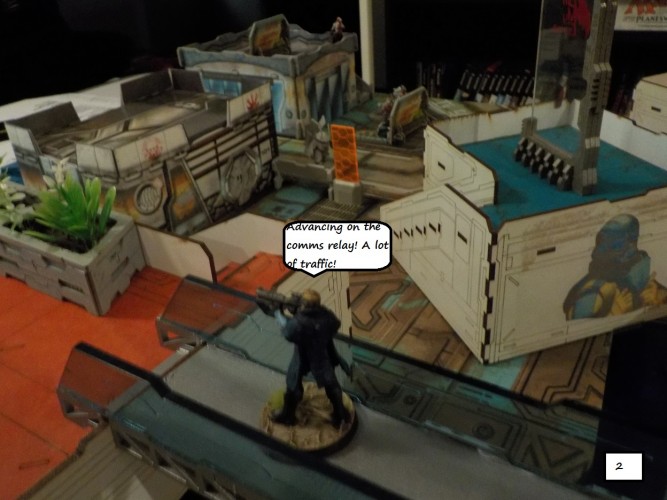 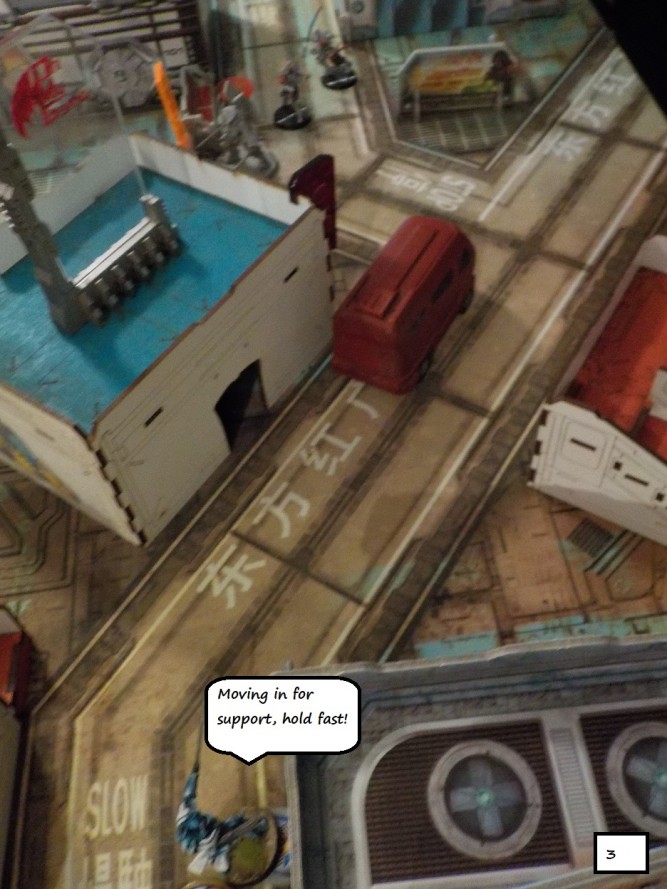 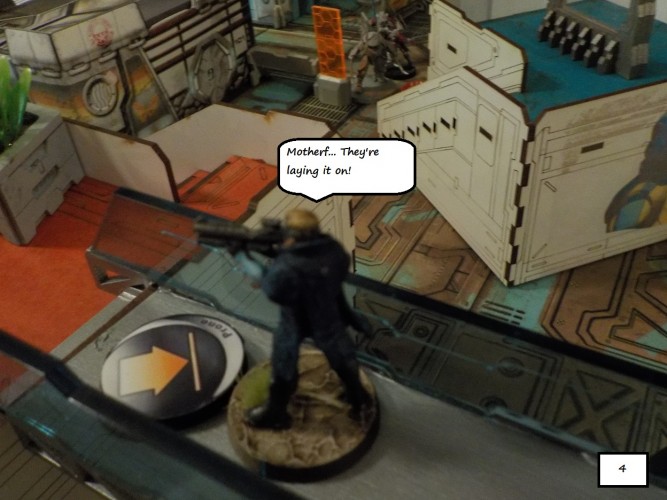 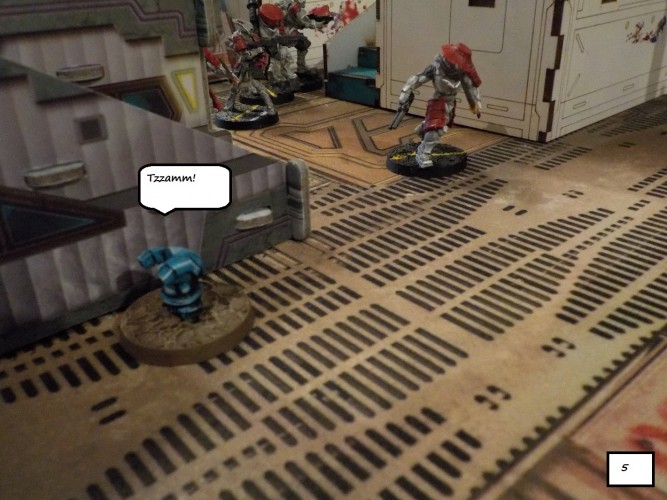 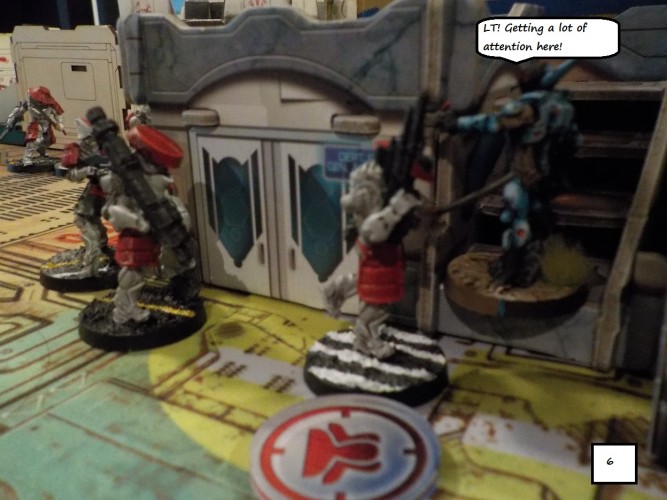 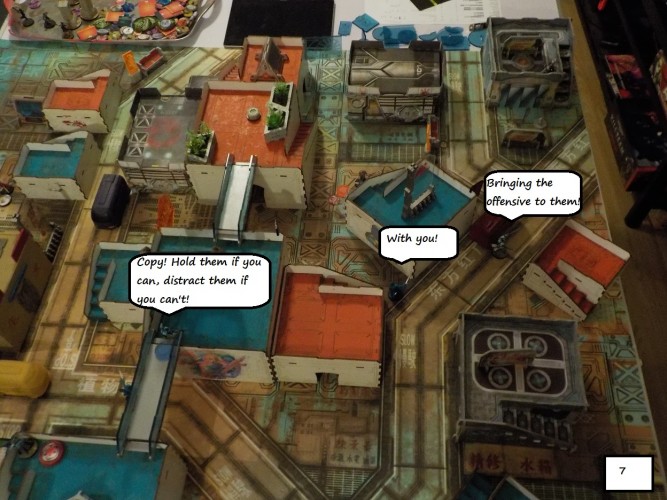 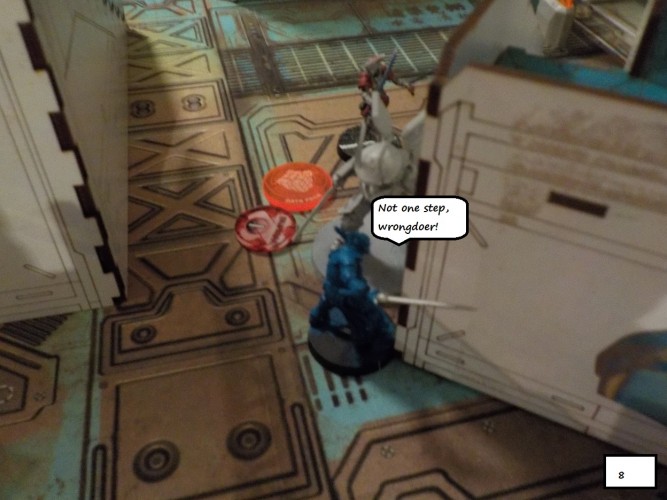 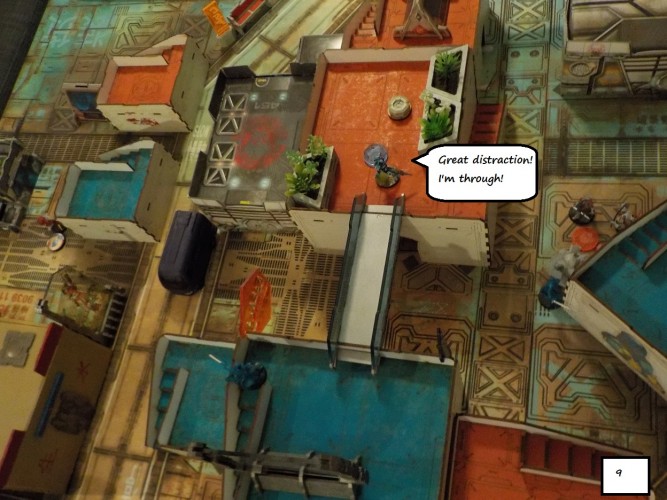 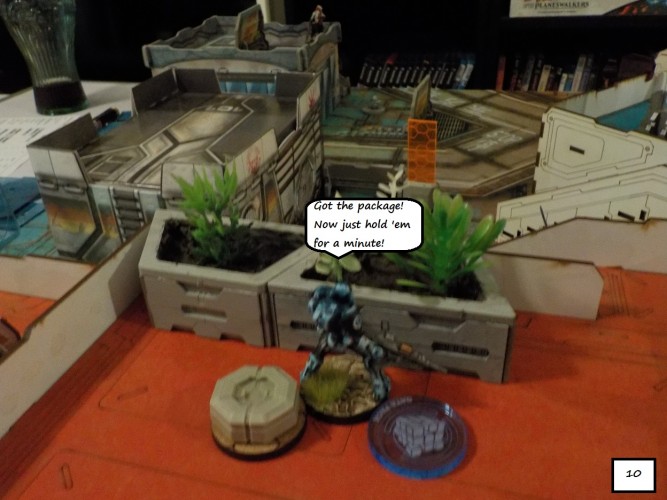 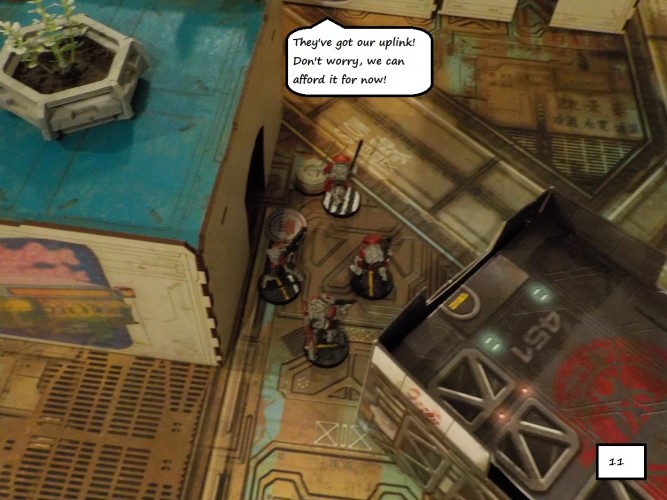 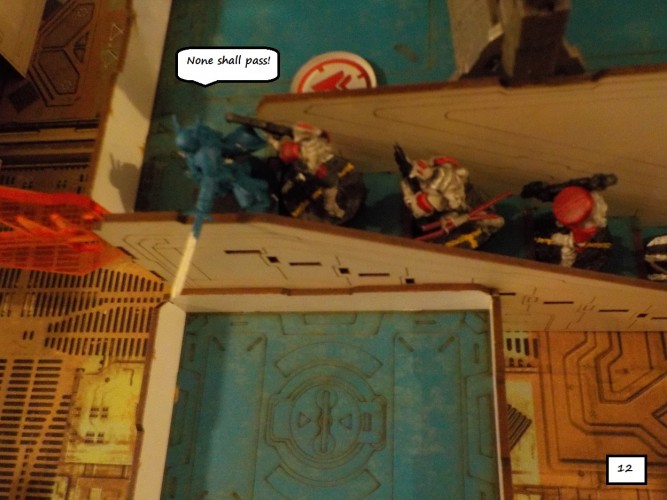 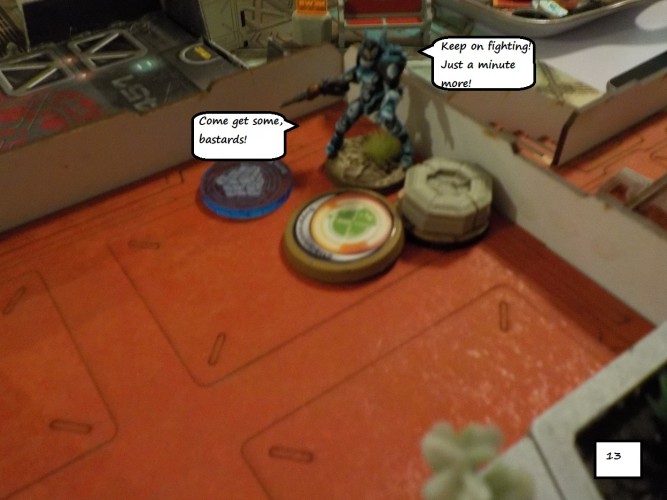 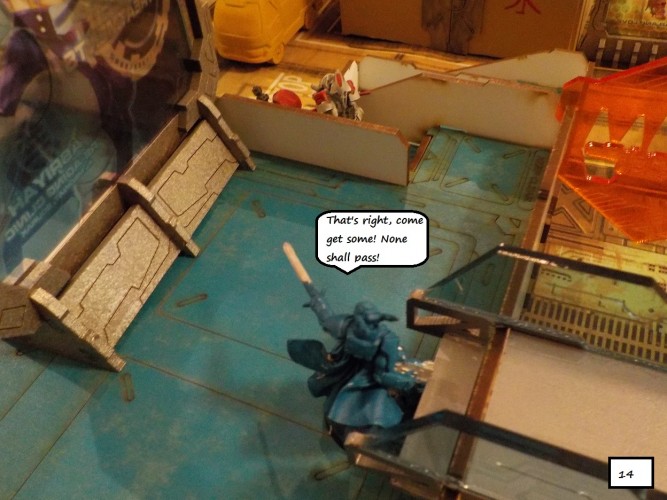 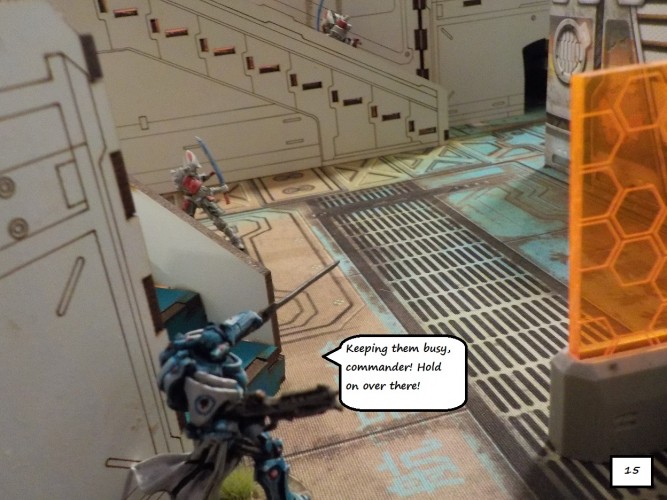 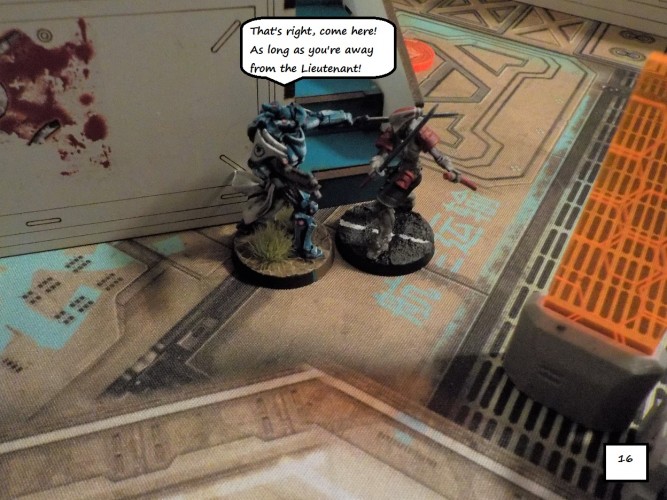 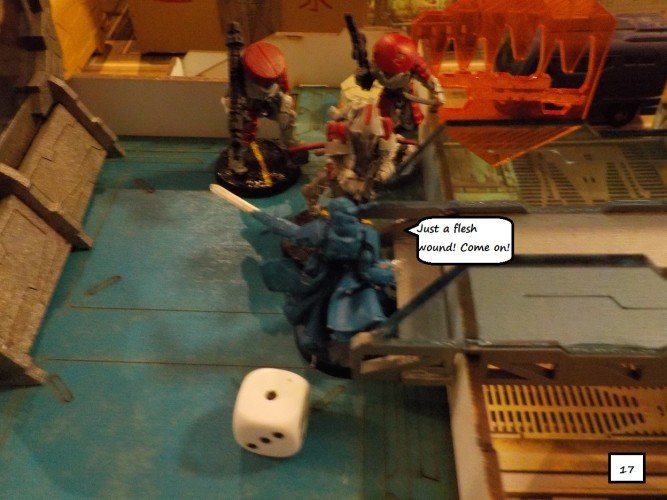 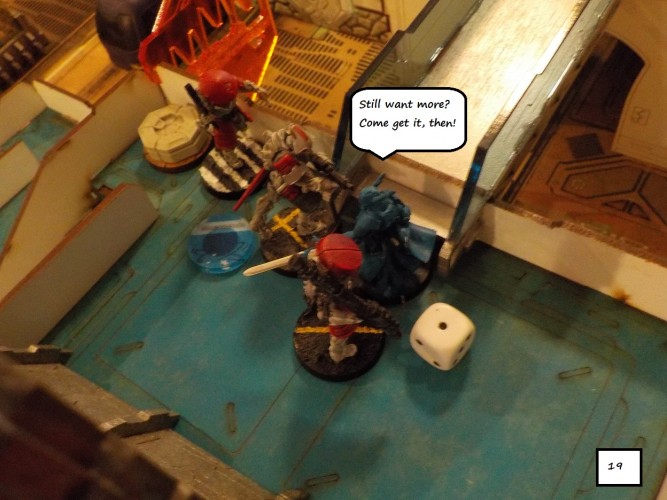 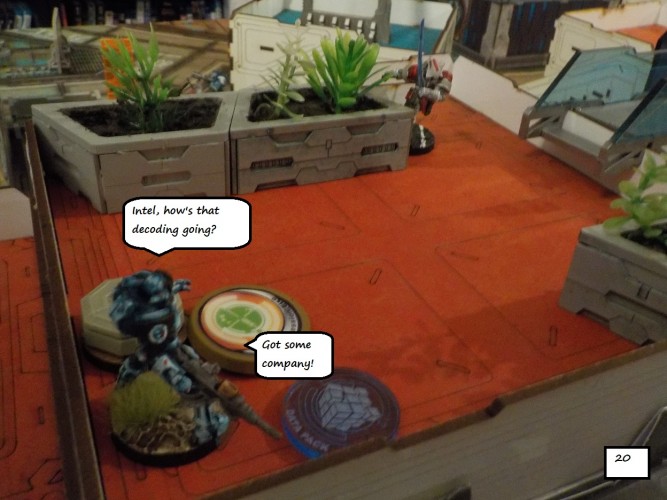 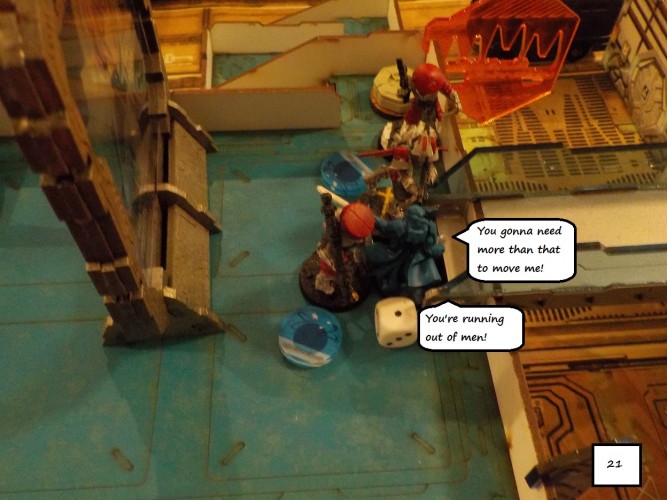 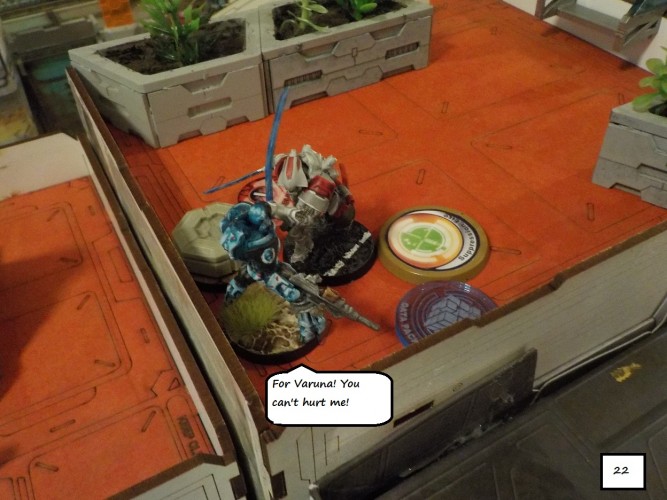 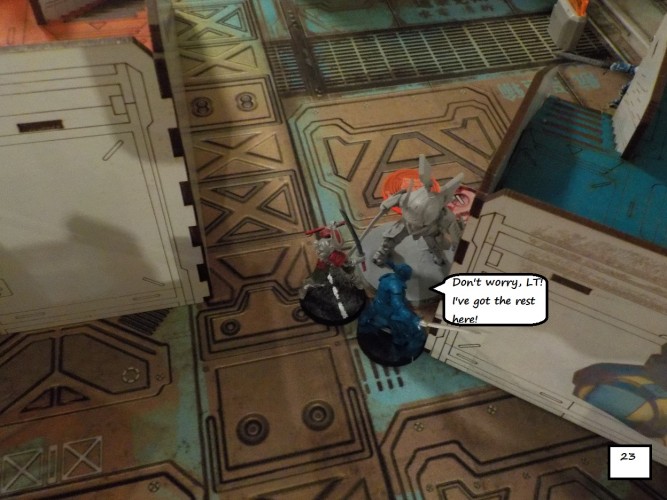 [This is Task Force Storm Wind signing out! Thanks a million for your support, I've had a blast writing these reports! Hope to be back next year, but I'll leave you with a group shot of my painted army so far, as requested! Fight on, and for Varuna!] 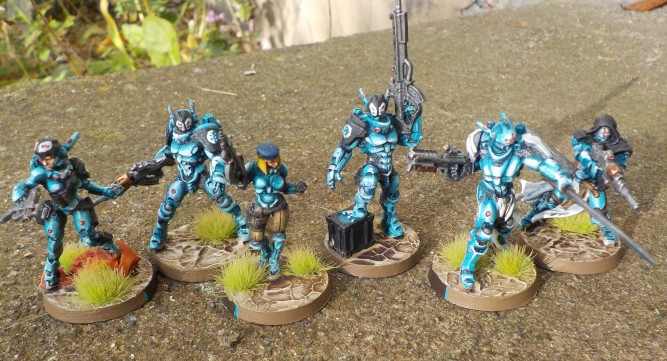