It was a beautiful day, almost we had finished patrolling, as our hacker began to intercept encrypted data. From the decrypted data, he managed to parse “The target is destroyed, required immediate evacuation of Japa…” the signal broke. And we heard shots a couple of kilometers east. Hippolyta pulled out her weapon and screaming “This is the best job in the world” rushed towards the sound of a shot.

We arrived at the shootout where there were many more warm corpses of Haqqislam, and the Japanese retreated. They did not wait for us and we began to take them in a ring. It was decided to capture and interrogate the enemy lieutenant. It is a pity that we did not know everything and paid a lot for it.

Well, as a detachment lieutenant, I decided to be the first to attack and noticed on the roof of the building of the enemy in camouflage. And using the opening, I did not lose, then I decided to shoot and destroyed the enemy rocket, but was injured.

Hippolyta ran headlong into the attack, but she was stopped by enemy fire, fortunately she did not suffer, but also did not hit.

Our sniper noticed an enemy Japanese and wounded him, it is a pity that he was later treated by a paramedic. Then something terrible happened, while our sniper shot off enemies, our hacker missed a ninja that melted his brain.

Well… Then everything went wrong, the fire from the Fireteam fell on our sniper and they killed him, but they didn’t stop there, bypassing from the flank they finished the data transfer and later destroyed the hippolyta.

Paramedic threw everything and ran to her aid. It is a pity that we did not notice the second ninja and it was Saito Togan. Paramedic is no longer in the squad.

I had decided otsupat. Maybe next time we will take revenge. 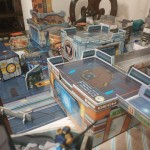 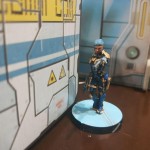 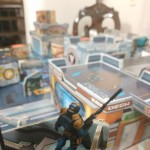 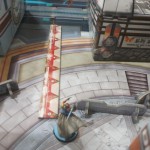