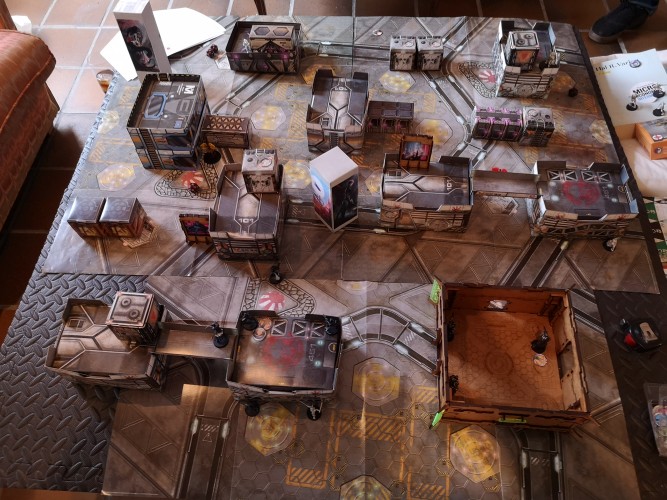 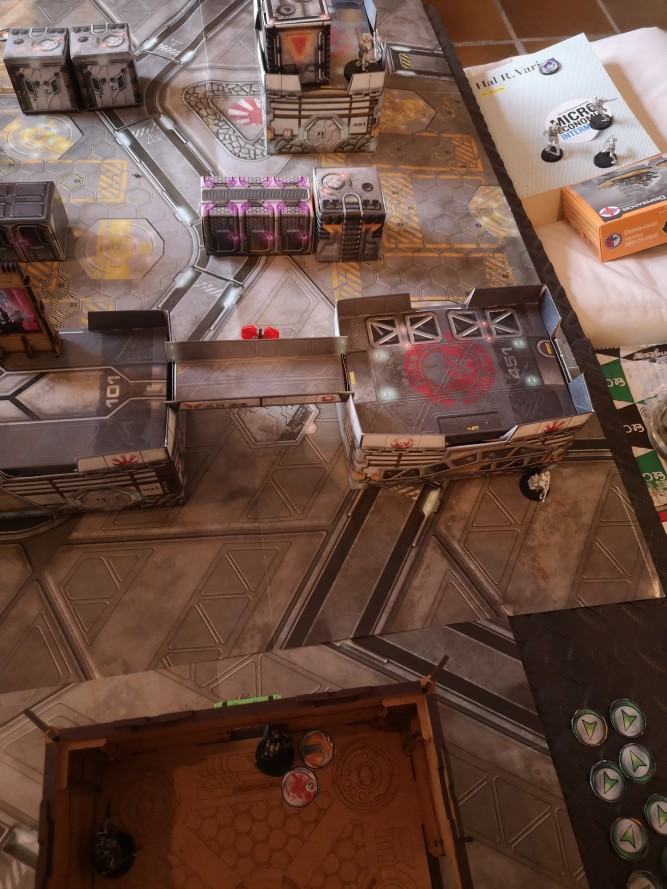 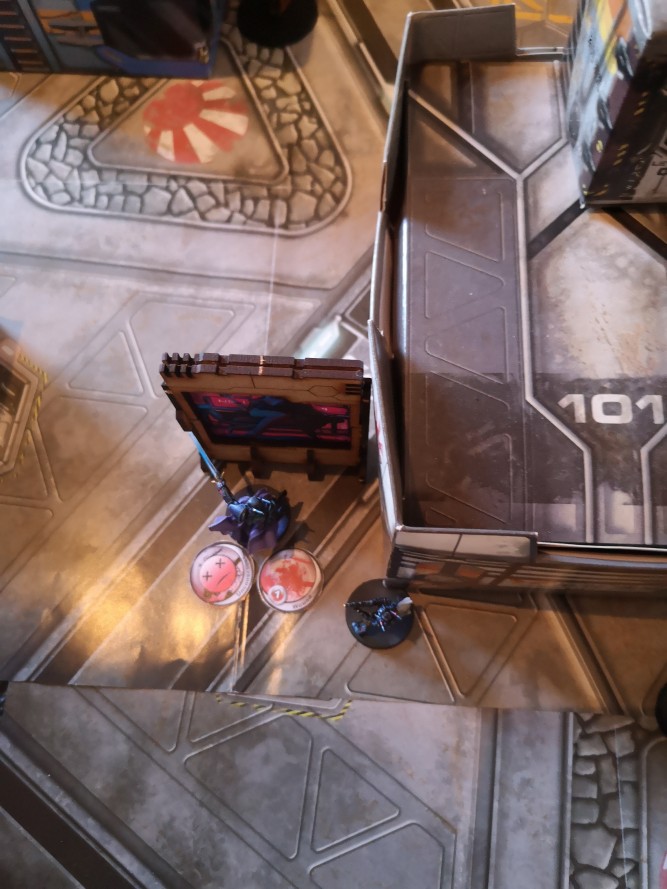 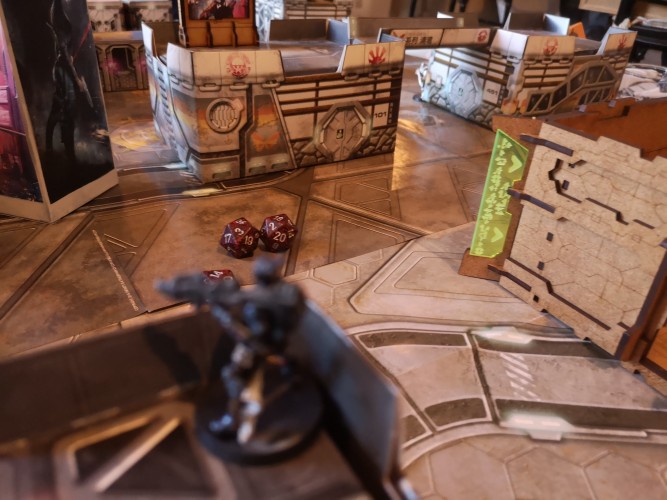 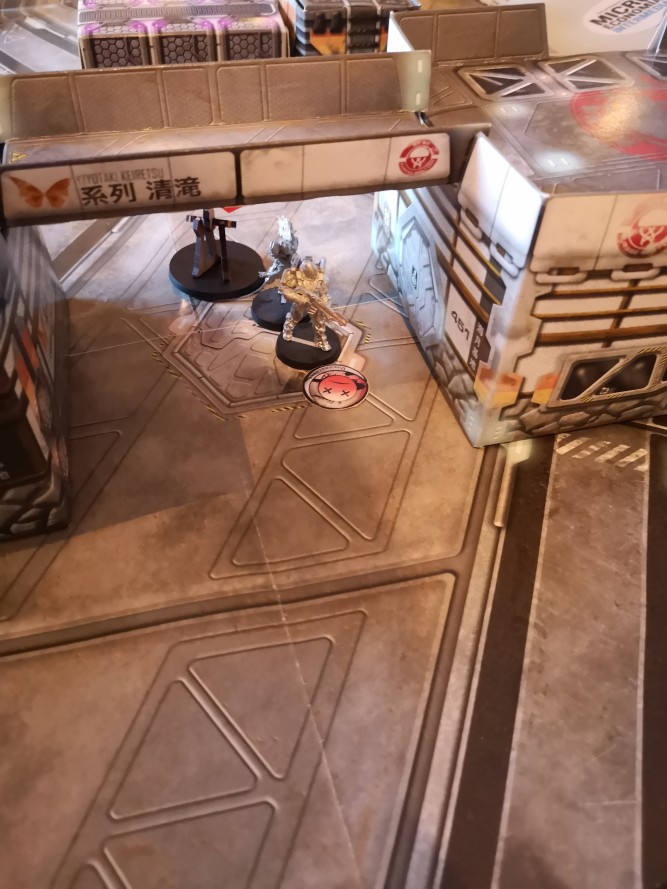 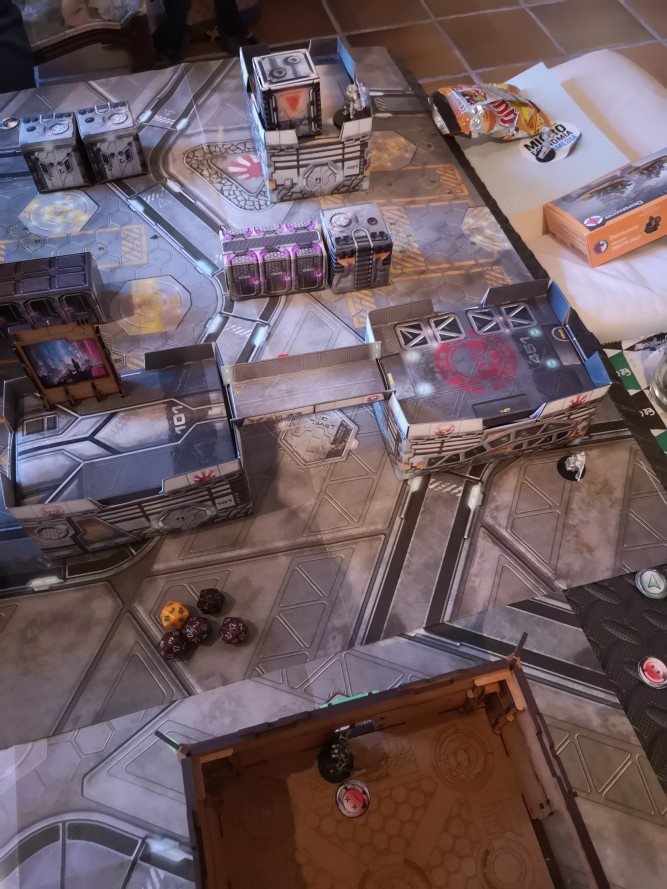 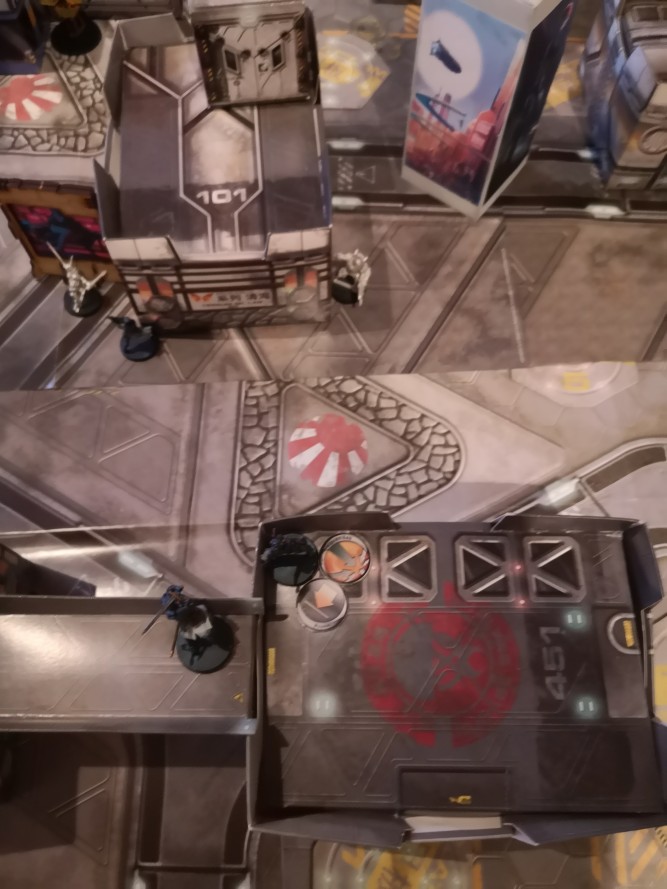 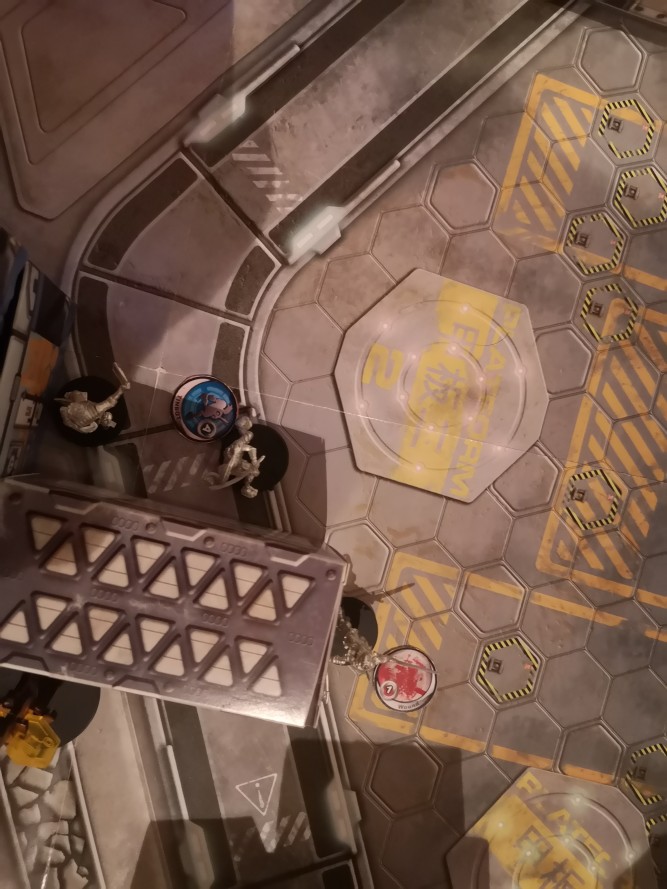 English version: De Profundis Clamavi, or why nothing is safe in front of a Yan Huo

“And there starts up again before me, standing sharp and clear in shape as of old, the figure of a man who crosses a bridge and carries a key; as I saw him when I first looked into fairyland through the window of my father's peep-show. But I know that he who is called Pontifex, the Builder of the Bridge, is called also Claviger, the Bearer of the Key; and that such keys were given him to bind and loose when he was a poor fisher in a far province, beside a small and almost secret sea.” – G K Chesterton

Our next fight against the troops of the StateEmpire was aimed towards seizing medical material from a laboratory that had some connections to the Japanese farmaceutical industry. In order to achieve that, our foes came with a well prepared and heavily armed commando, and towering amongst them stood a Yan Huo with dual missile launcher and TinBot C. As for our troops, given the special nature of the supplies we had to gather we had the support of two members of the Order of the Hospital, who formed a haris along Brother Rodrigo of the Order of Santiago.

The fight began with an attack leaded by the Hospitallier HMG against the Yan Huo, who was deployed in a position where he could control the advance of our haris. Brother Michael wounded the atheist, but he refused to withdraw or surrender, and after an intense firefight he managed to bring the knight down. His loss meant a huge tactical drawback for us, as we didn´t have any other long range weapon to cover our advance towards the tech coffins, so Brother Laszlo, doctor of the Order of the Hospital, tried to heal him. Regrettably, he couldn’t get close to his brother, for that meant exposing himself to the Yan Huo´s fire, so he had to use his medikit, but Brother Michael´s wound were too severe and, being unable to receive proper medical assistance, he succumbed to them.

After this casualty I tried to reverse the situation by advancing towards one of the tech coffins, covered by my holoechoes. But a zhanshi armed with a missile launcher was covering my way and, after discovering my holoechoes, forced me to a long range firefight where he stood victorious. A sanitary Order Sergeant tried to heal me, but once again his efforts were in vain, and I had to acknowledge that I was no longer able to continue fighting.

We were clearly losing the combat, and our situation didn´t improve when an infamous Hac Tao appeared near the Yan Huo and advanced in order to engage our core. He brought one of the rocket launcher Order Sergeants, but Heavens smiled upon us when the second rocket launcher Order Sergeant managed to wound him. A tiger sanitary appeared close to his position to heal him, but neither did the enemy´s paramedics had a good day, and the Hac Tao had to be counted as a casualty. However, despite his failure as sanitary, the tiger parachutist was close to one of the tech coffins and, after careful manipulation, seized the supply box that it contained.

We had to avoid at all cost that the enemy could gather those supply boxes, so Brother Rodrigo of the Order of Santiago advanced towards the tiger. Given that his path was being overwatched by the Yan Huo, he used cybermask to impersonate as a Chinese officer. However, all of the eastern devils favoured the Yan Huo that day, and he discovered Brother Rodrigo´s trick before he could get close enough. The valiant Knight of Santiago fell, and when, in a desperate attempt, the doctor of the Order of the Hospital tried to finish with the Yan Huo, he suffered the same fate. Finally, Brother Sebastian of the Ordo Praedicatorum was also injured by the zhanshi ML when trying to break the StateImperial defence.

The soldiers of Yu Jing knew at this point that they were victorious, so their next movements were directed towards the tech coffins, and they managed to get the other two supply boxes with a ninja KHD and a hulang. A Zuyong tried to break our core but he met his end against the rocket launcher Order Sergeant. In any case that was not an important drawback for the StateEmpire.

Finally, sister Catalina del Piero, the leader of our commando, tried to minimize the losses by advancing and engaging the ML zhanshi. She didn´t manage to kill him, but her sacred fire frightened the atheist, who run in search for cover and thus opened the path for sister Catalina to reach the ninja and kill him. After that, the zhanshi recovered and tried to murder sister Catalina, but was put down by the rocket launcher Order Sergeant. However, another zhanshi managed to bring her down, bringing an end to the fight and securing an astonishing victory for the StateEmpire.