The battle started with the Military Orders taking the first turn. The five man link of Order Sgts and a Father Knight moved up around a building in the back of the board. The Order Sgt with a heavy rocket launcher in the lead. He aimed at a 5 man link of Brawlers and fired away. Surprise, there were three taagma schemers in the link, including two viral snipers. The Sgt died a terrible death, but not before taking out both actual brawlers from the link. A shoot out persisted between the five man link teams until there were only three on either side. Fortunately, one of the snipers (the LT) survived. In their turn, the Spiral moved up the other flank and systematically destroyed the Total Reaction bot and the Seraph. No one is sure how this happened. They then moved into the middle and right flank, where the fire teams were fighting, and prepared for a turn 2 objective grab. In turn 2, the PanO moved in but Joan ran into Wild Bill who crit her twice and after four more orders, finally took off the last wound. The rest of the PanO forces ran in hodgepodge and died. Turn 2 for Spiral was spent madly grabbing objective before retreat took effect. 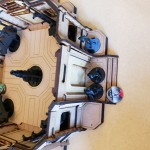 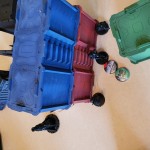 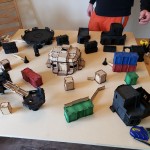 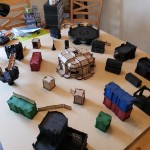 1 Person Has Recommended Shrike For a Commendation