Sarael sighed, the discussion with the commander of Black-White Batallion proved to be much heavier than he expected. Death of Ambassador Seegur, the seemingly appearing from nowhere Spiral Corps, rumours of the Triumvirate actually existing - he had trouble wrapping his head around it all.

His musings were cut off by the alarm pings of his comlog.
"Commander! We have detected a small attack force en route to our position! Scanners suggest a large amount of metal, comparable with a strike group with heavy remote support!"
"Copy that, Specialist. I'm coming, set up strike team two and three on overwatch, and let the Commando cover the flank." 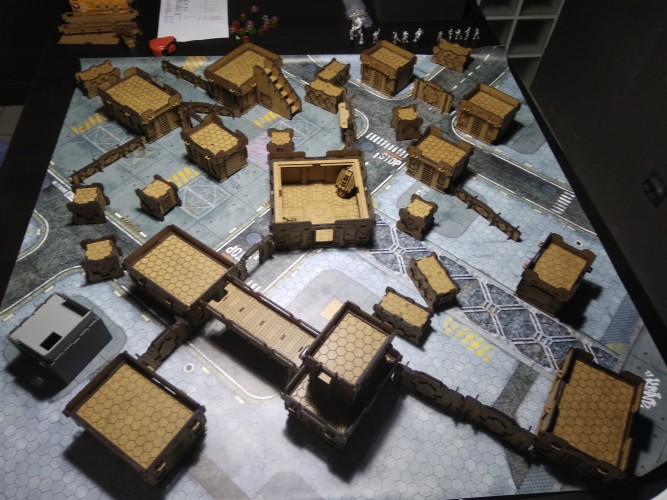 OOC Info: The game was played on 21st of September. The mission was The Armory, and I won the initiative, picking the first turn. The deployment was as follows: 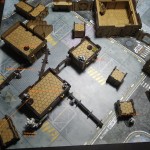 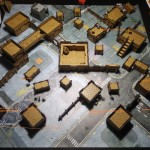 Then I put down a smoke with Makaul Triad and moved Draal into Armory. Unexpectedly this opened him up to AROs from the remaining Feuerbach Securitate and Szally, but he dodged like a champ and looted the Panoply, pulling out an ADHL and a Flash Pulse.

Then I used Kosuil to remove the last Feuerbach Securitate, which he managed, losing a wound in process. Then Makaul Triad moved into the Armory, and Draal looted another Panoply for a HMG.

After looting his HMG, Draal left the Armory and managed to put a wound into HollowMan, and then entered Suppresive Fire behind a container. 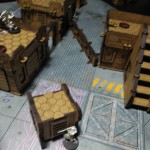 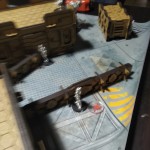 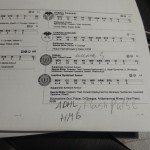 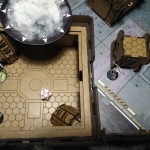 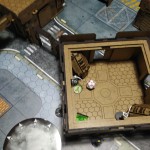 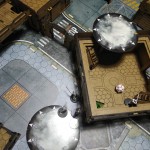 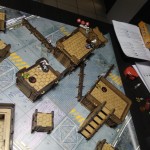 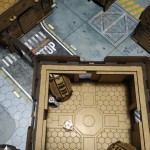 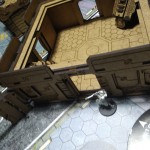 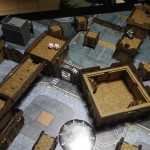 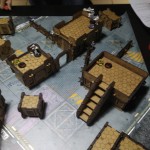 First turn, Tunguska:
My opponent moved his Szally first, killing my Makaul in an easy volley. Then he revealed Heckler BSG, again easily killing Kiiutan (which was counter-deployed by the very same Heckler). 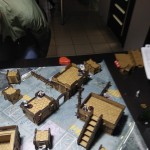 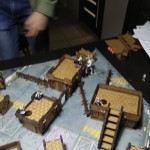 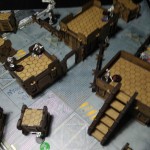 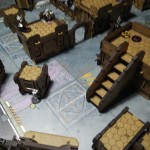 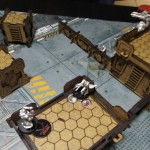 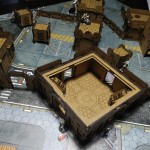 Second turn, Tohaa:
Sensing a close victory, Sakiel LT rushed forward, clambering up on a container to first kill the Jammer Heckler, taking a wound from BSG Heckler in process, and then returned the favor, killing BSG Heckler as well.

Then Makaul ran up, covering his approach with smoke, and tried to burn one of the Securitates with Intuitive Attack (he failed). He then bravely ran out and fried Hollowman, dying to a burst from Kriza in the back.

After that I took my left flank Triad on a long trip to the enemy DZ, culminating in climbing the building, removing the Securitate on the roof with Sukeul ML and frying Kriza with Makaul (who died in the process, again). 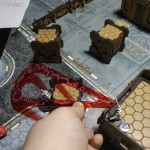 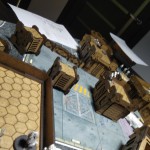 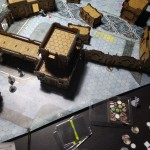 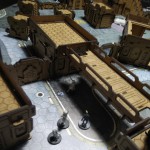 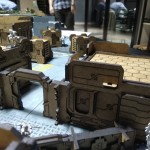 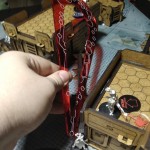 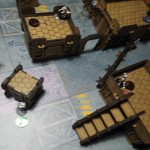 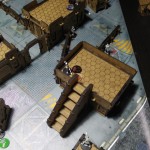 Second turn, Tunguska:
My opponent started the turn in LoL, and he tried to go out in the blaze of glory. Which, sadly, failed, due to him spending all four orders of his turn trying to kill Sukeul ML, and losing each time, culminating in Szalamandra failing all three ARM rolls and dying on the fourth, and the last, order. After that my opponent gave up.
(I rolled 8, 10, 11 and 12, beating my opponent's five dice each time. That is absolutely disgusting.)