The detachment was expecting reinforcements to arrive in an unoccupied area near the communications center when the scanner detected suspicious signatures near current positions.

– Saad, a small detachment of ALEPH is moving towards us, they send the correct encryption codes, but there is silence on the air. They should not be here at all …
“Continue to call at a common frequency, and I will contact the superiors.”

– What the heck?! They shooting us! There are only five of us here and no decent weapons, these silicone guys will smear us on the walls now!
– Don’t panic! … all the more so because we do not have much operational space. We will gain a foothold on this building. Najat! Fall behind that box and call me at least someone, we will last 10 minutes, and then …

(through the faint noise of the radio): Hey, do you think you need help?

“Maghariba Guard!” They were transferred to a neighboring area near us ..!
– Yes, yes, tell me later, ask him to hurry, otherwise we are already preparing for a meeting with God) 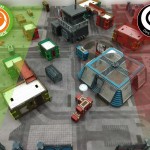 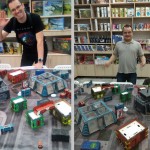 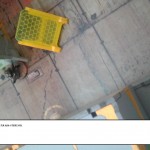 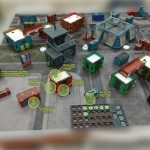 I lose the initiative roll and the opponent chooses to go second. I choose the side that, in my opinion, is most convenient for the TAG. The enemy stops Naga and puts her on the bridge on the left (pretty close to the center line), so I decide to put the deferred Maggie close by.

Turn 1: I shoot from Maggie's cover, but I never hit, like Naga. 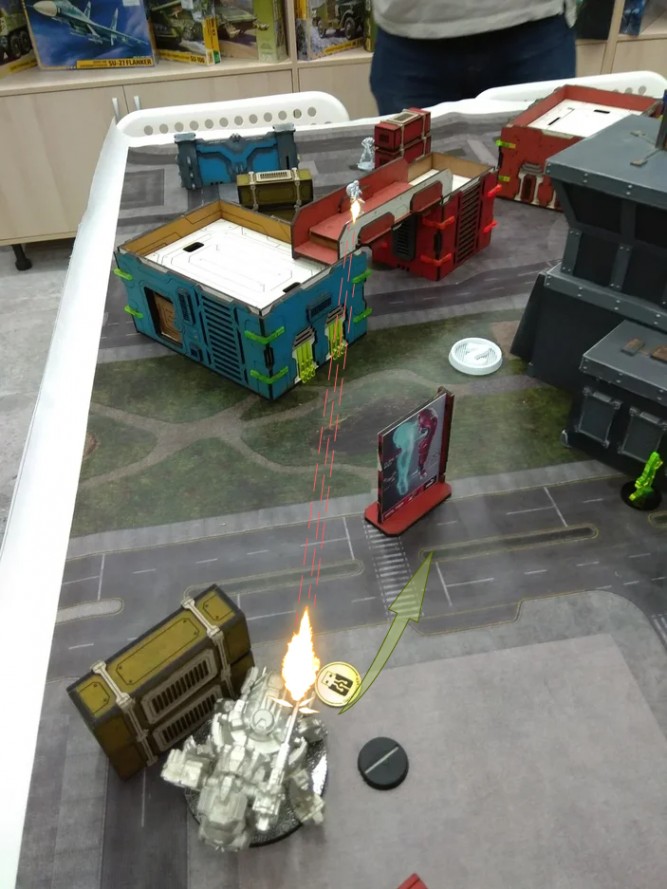 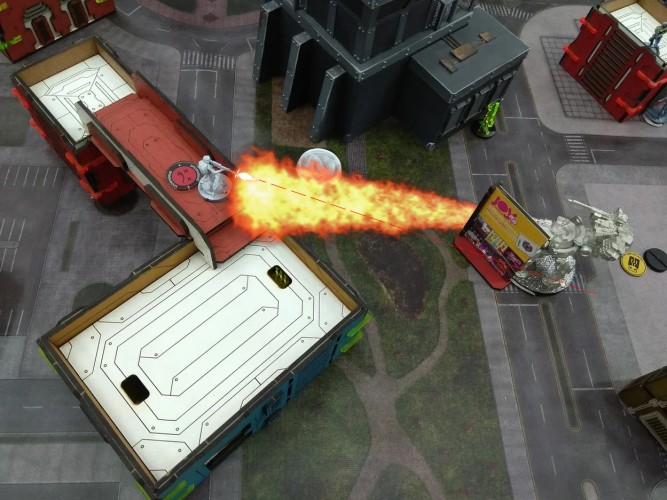 And then I understand that you should not try your luck in a shootout at a bad distance, I go forward and burn Naga with a flamethrower. 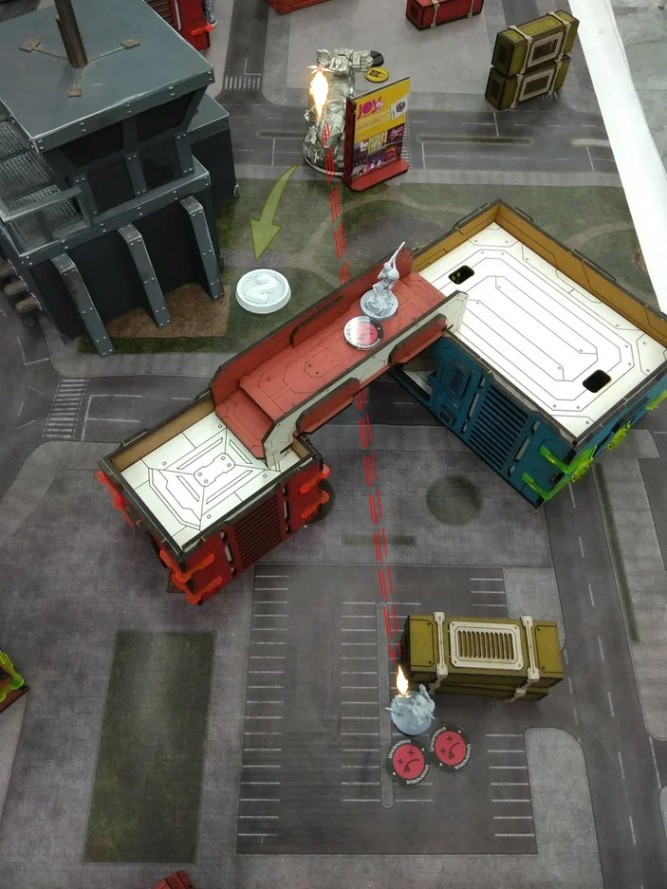 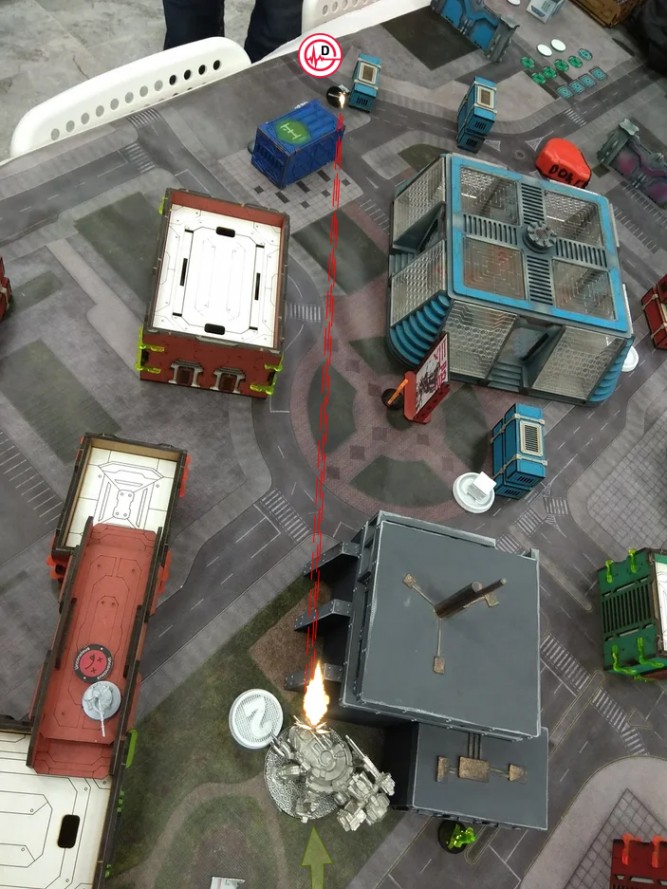 Then I drive to the antenna, shooting Dakini and Yadu along the way. 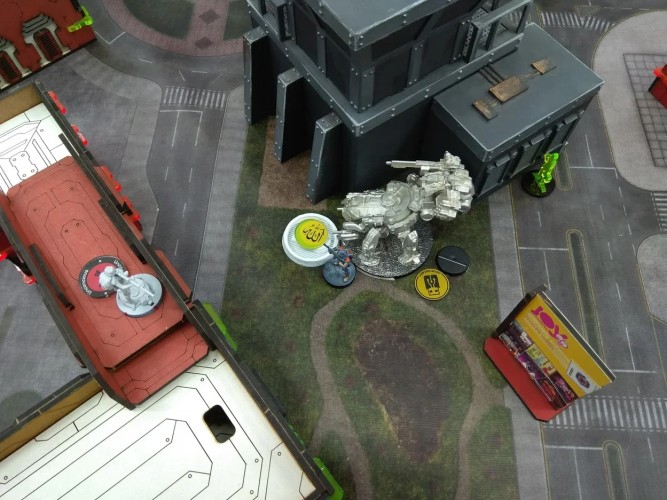 Since there are no enemies in the line of sight, the pilot activates the console 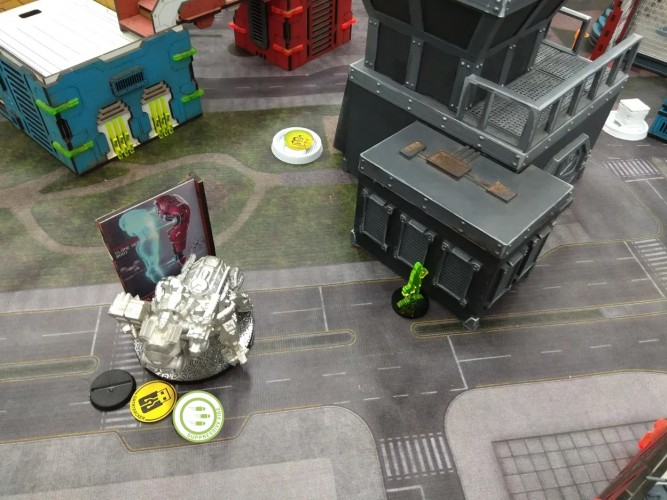 My opponent walks me around the edge for all orders, activates the antenna (only when I arrived home I realized that he could not activate the antenna, because this Deva is not a specialist) at the opposite end of the table and spins in the building. 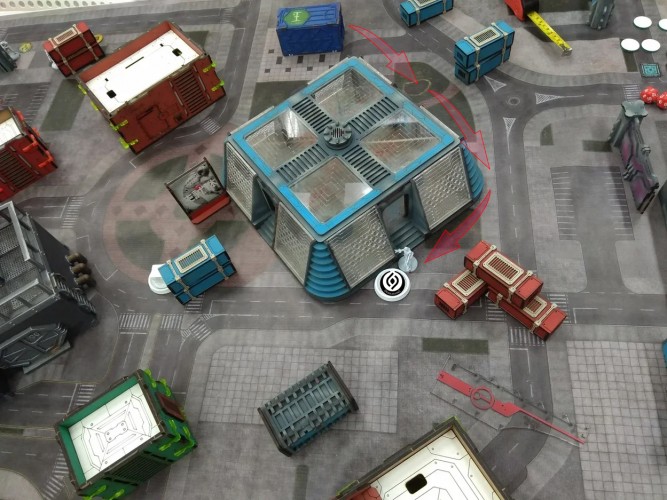 Turn 2: I’m driving Maghariba to the enemy’s console through the center, successfully shooting everyone who catches the eye. 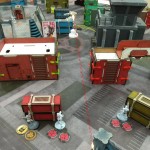 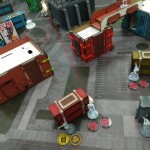 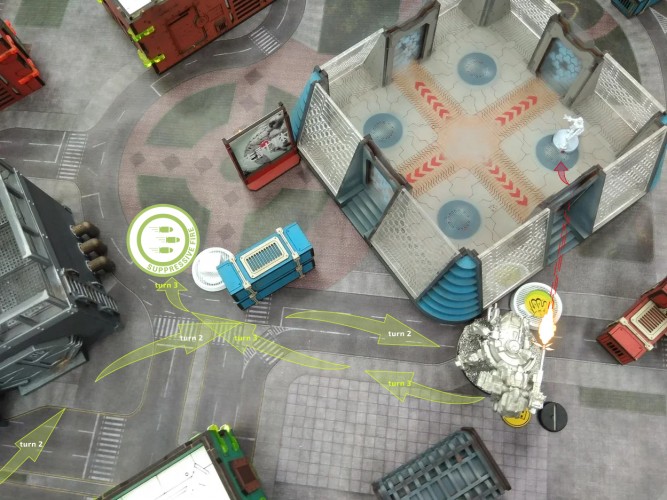 I can’t kill Deva, who is standing next to the antenna, he moves away from the doors and they close (we agreed that all the doors on the table are automatic). I will activate the antenna with the pilot, but I no longer have orders to become sparess again. 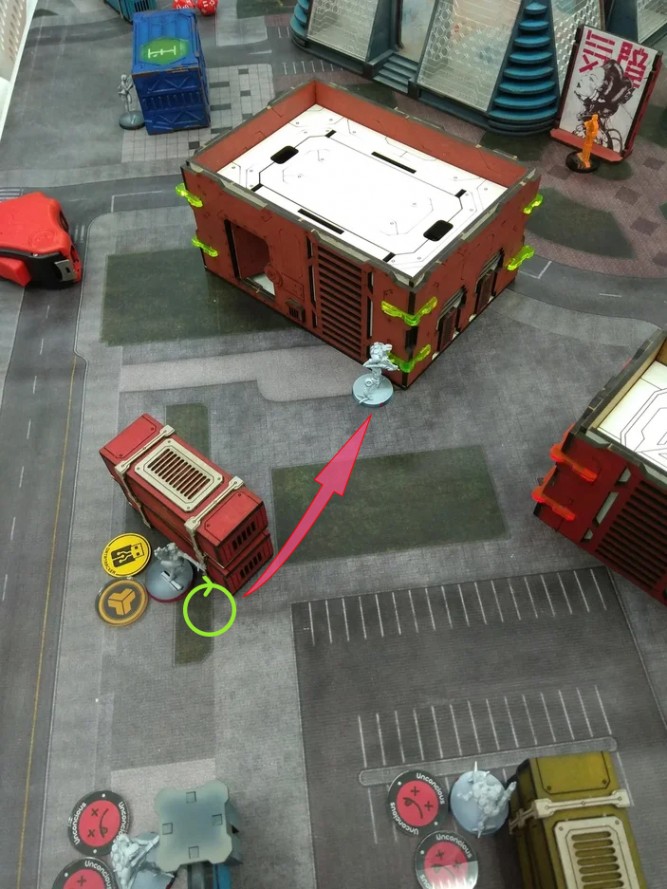 The enemy is repairing the Dakini. This Dakini then moves forward a bit to see the first antenna.

Turn 3: Maghariba goes to the center to control Tech-coffin and gets up in sapress. Link of Ghulams runs to the first console. Since I have a shortage of orders, I decide not to shoot Dakini, who announces shooting at me on the ARO. Instead, I approach as many Ghulams as possible in basic contact with the antenna. 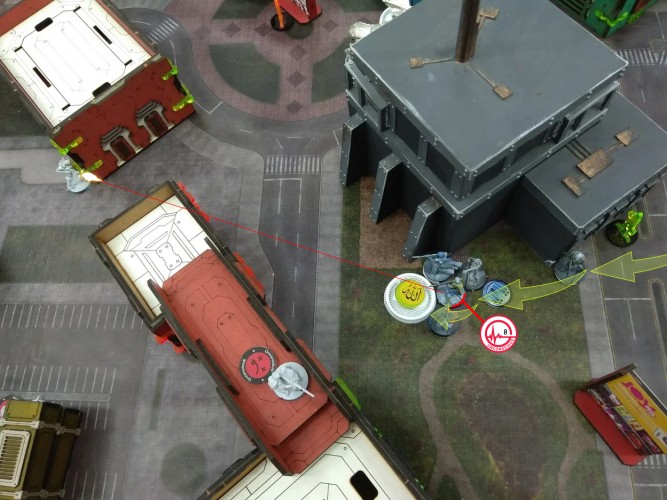 The enemy activates the antenna again with the help of Deva and remains to control it. 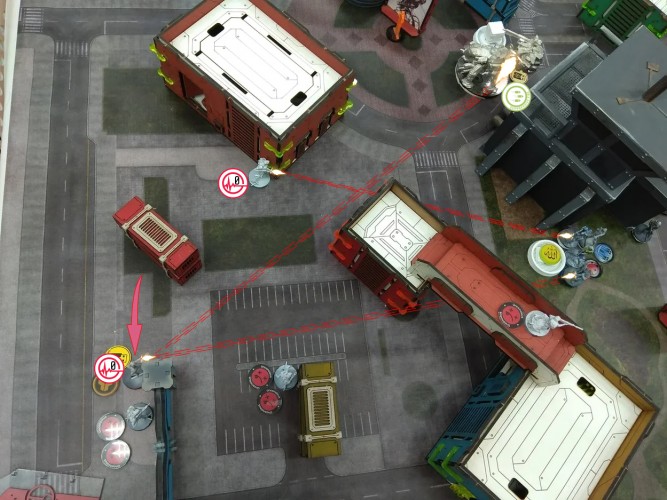 Dakini and Proxies unsuccessfully try to kill the Ghulams.

Maghariba, like a deadly hurricane, invulnerable passes through the entire battlefield, bringing destruction to the enemies!

* A follow-up study showed that all the bodies of the ALEPH fighters were equipped with alien devices of unknown origin, and the cubes were damaged long before the battle described in the report. The investigation is ongoing.