Reports indicate dangerous munitions being transported through the Main Hub. RTF tasked to investigate and recover. Intel suggest elements of Ikari Company in the area. Terms of engagement are not to fire unless fired upon.

T1 IC:
Eager to get into the action, the Yuan Yuan appeared. The first had been forewarned regarding overlapping lines of defensive fire and manoeuvred into a concealed position on the left flank. The second had a malfunction and ended up in friendly lines. A Krakot moved up the centre while gracefully dodging two missiles fired from the RTF core. The cautious Yuan Yuan threw some smoke and Armand Le Muet emerged so he could pick off a Mukhtar that had deployed too aggressively. From seemingly out of nowhere, a ninja appeared. Darting between cover the ninja scanned a local RTF civilian for data. Then the ninja moved to extract valuable supplies on the right flank. The ninja hauled these valuable items back into friendly lines and passed to a Wu Ming for safety.

T1 RTF:
The Mukhtar advanced response unit advanced on the left, identifying an enemy mine further up the battlefield. Following this they executed the Yuan Yuan with great efficiency. En route they were harried by some kind of advanced flash-based weaponry. This originated from something that outwardly appeared to be a simple WarCor, it strangely resembled some political leader from the historical files. Following this the Ghulams were tasked with destruction of Armand to remove his overwatch of the battlefield. After a fusillade of fire, Armand went down barely clinging to life. There was some repositioning of key assets but no extraction of supplies was able to be completed at this time.

T2 IC:
Remote assistance doctor allowed Armand to be brought back into the fray. The Ninja moved up to the centre tech-coffin, extracted further supplies and then retreated (safely?) behind a dumpster. The Wu Ming link moved up the centre to defend their gains.

T2 RTF:
Mukhtar ARU were sent to retrieve left flank supplies. Two were blinded by the enhanced military spec Warcor [Noted for further research as this must be some sort of illegally modified military spec technology]. A libertos also emerged with malicious intent to harass them however it was swiftly put down. Despite the opposition a cache of supplies was secured and escorted back into friendly lines.

T3 IC:
The heavy Wu Ming advanced and opened up with indiscriminate fire in the crowded zone. Two of the Mukhtar went down in rapid succession despite attempts to slow them down and save civilian life. The unflinching Wu Ming advanced a murdered a civilian warcor with careless grenade fire while attempting to obtain more supplies.

T3 RTF:
Things were looking dire but the RTF had held back an elite unit until the decisive moment. The Nahab Aeromobile team arrived and stalked around the rear of the engagement, intercepting the enemy ninja and taking it out of commission with electronic wetware. He then also ‘rescued’ the enemy HVT. The reserve Kameel obtained the supplies from the dead warcor and command issued an extraction order. 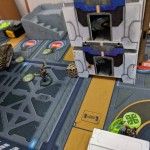 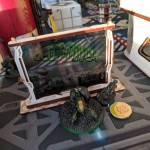 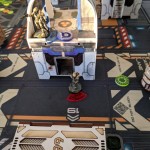 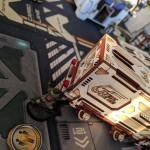 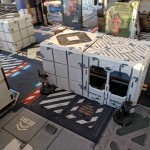 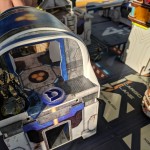 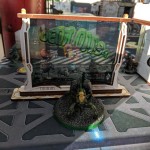 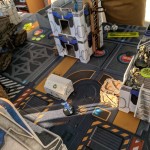 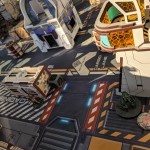 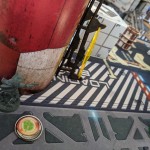 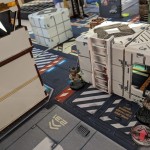 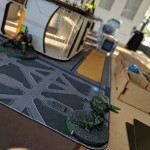 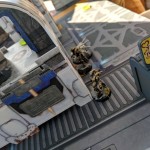 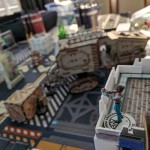 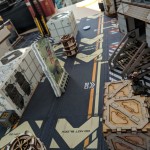 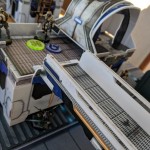 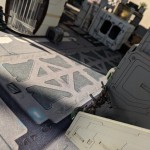 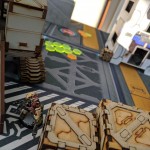 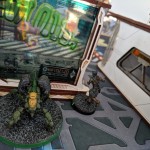 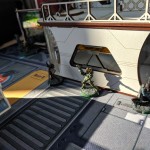 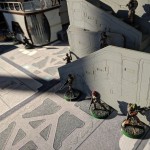 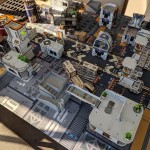 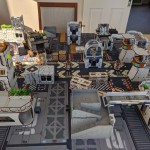