The fight was O-12 and shasvastii who fought on battery.

The first active turn was taken by 0-12.

Epsilon’s HMG shoots Q-Drone and shoots 4 shots of Q-Drone with Total Reaction, but wins under the influence of Epsilon’s MIMETISM!
The Q-Drone becomes Unconscious, empties fire point, and the Sirius team advances.

However, he is struck by a caliban disguised as a camo and suffered aro.  Responds to the caliban’s approach, but Sirius’s fire fails.
Hit the crisis! But HEAVY RIOTSTOPPER of Sirius bot adheres caliban!

Sirius team pushed and hacked drones behind the building.
Shoot the heavy RIOTSTOPPER in the next order!

The visible T-Drone is shot by a Gamma Unit on top of the building behind, Feuerbach fire! the to Explode! but unconscious

The second active turn was taken by shasvastii.

Taigha, maneuvered in an Extremely Impetuous order, rushes toward Hippolyta to fire Chain-Colt, but the distance is short. Dies in the shot of Hippolyta.

They have used many orders for the doctor.

Med-Tech crawls to fix the T-Drone.
In response to the buff from the NOX hacker, the missiles are shot at the gamma unit, but only consume orders, not hurt, and eventually give one wound.

The Gwailo Fireteam at the back of the trailer maneuvers and moves out of the truck, but adhered with the HEAVY RIOTSTOPPER on the Siriusbot next to it.

Furious Gwailo kills Sirius Bots and takes the lives of Epsilon in the rear building in a row. And declare Suppressive Fire.

The third active turn was performed by o-12.

Sirius moves to avoid Gweilo’s attention and dies from a hacking attack by nox through the M-Drone Repeater.

Hippolyta leaps from side to side, shooting and killing Ikadron.

Drops a delta unit, but dies helplessly by reckless movement.

The gang buster moves to touch and activate the right antenna and pull back.

The fourth active turn was taken by shasvastii.

Gwailo moves, fires and kills HMG towards Dakini over the door and moves forward.
However, they’re ARO by Hippolyta and gamma units that they’ve seen in the distance. While HGM firing towards the gamma unit, but by the gamma unit’s Feuerbach.
!explosion!

Med-Tech once again repairs the T-Drone, and once again, the T-Drone fires at Gamma, but is reversed and exploded.

The fifth active turn was performed by o-12.

A hidden KAPA hacker runs and runs and touches the center antenna.
Then run back on the road to successfully complete the mission in ZOC at HVT.

Come back to container KAPA declared Suppressive Fire,
Also Hippolyta to do.

The sixth active turn was taken by shasvastii.

Med-Tech, who was looking at the opportunity, follows along and revives the mission while reviving the NOX. Of course, at the expense of his own body. (Gamma shoots.)

NOX hacker follows out of the log terrain but dies in ARO and the player shasvastii declares defeat. 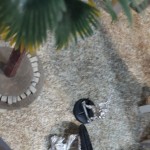 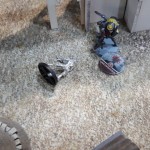 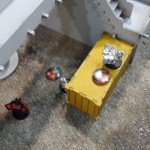 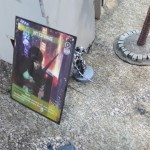 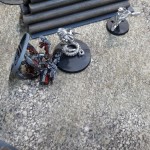 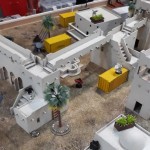 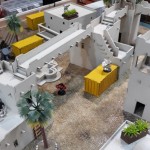 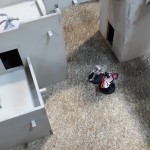 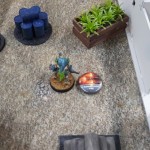 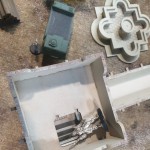 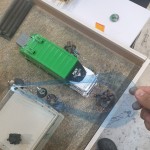 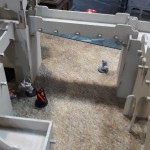 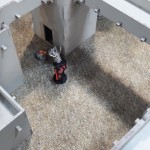 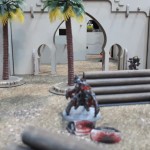 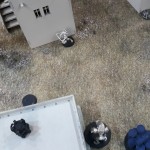 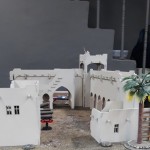 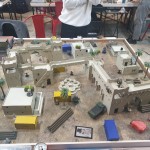