“Gwailos Estivanii, listen to the EI,
you are one of the suvivers from Mentor Reshistiis last command and the EI wants you to take the chance to rewash his name. The EI will send you to the Xaraks Battery, a position of minor vallue, but it is important to disguess the human commands. The EI will give you some units, to kill some Panoceanian Soldiers, the main fokus is eliminating and terorfying the human forces, if you get controll over the battery it is a bonus.
To bring the death under the humans the EI drops Agent Sheskin under your command. Destroy the Moral of the humans! One more failure of you will not be tolerated!
Leave now.”

A few hours later, a little Squad of shasvastii forces infiltrates a Panoceanian Outpost on Xaraks Battery. Their good supported Kamausniper saw the aliens first and warned his command. The Panoceanien forces put their focus on destroying a q drone with HMG, but the human race isen´t as strong as the combined army. The q Drone Killed 3 humans, before it was destroyed by a zulu cobra with spitfire, but during he shot the remote a nasty caliban jumped out of the darkness and wanted to kill the zulu in close combat. aN other zulu friend saw that became nervous and shot into the closecombat, he wanted to kill the caliban and needed tu help his partner, but strange things happend, the caliban took the zulu body between himself and shooting zulu hit, hit, zulu down, caliban alive and deadly as hell. After this expensive actions the panoceanian forces tryed to destroy the well supported T drone with misslelauncher. an HmG Kamau tried to destroy it but he ate a missle and died. after this an orc trooper wanted to try he shot, but the t Drone saw another fusilier out of the fireteam and decidet to bring his blood to spary threw the air.
“Gwailos Estivanii, roger, i understand, coming downto the battlefield, cadmus over!”
Plop, plop, plop, three units dropping down in the front of the Panofireteam. Boom, the ORC feuerbach hits one of them, just dust is in the air, but there is a quite small noise next to the building he stands on. BAAAM – “Fusilier is under attack, airborn infiltration” “Leuitenend down, ill try to escap…urgh”
Next Sheskin and her suport team go to the front, “Zulu on the left” bam bam bam bam, “zulu down, fireteam, go there, save the console – done – suppressive fire!” “enemy behind” an echo bravo lurks around a container to shoot a nox paramedic – but during that action a shrouded plops out – kawum -full load out of his Boarding shotgun into the Echo bravos face, bloodspray on the container. “enemy down” Patsy (Orc) becomes nervous “whats up here, we can´t win this fight – the aliens are killing everyone here. i need to do something” – a furios shine in her eyes, sweaty hands in her motoronica armour, she runs and opens the fire directly on sheskin, but no hit bam bam bam, 3 redfury shots into her chest “petsy down”.
“Cadmus Dropunit, i need you to eliminate the Kamausniper!” – “i´ll do” seconds later the kamau is stiil on the ground. Ltd. Gwailos Estivaani moves into the center of the duty and holdes the centrel techcoffin. yust two enemys are left, so the medtech obsidian is able to move and insert an experimental drug into the uncontius Nox paramedic “whoosh, i´m allife, where are the blue bastards” ” they shat thair pants, they leave and we should do as well.”
https://bowlivestorage.blob.core.windows.net/asteroidblues/formidable/9/Ende.jpg 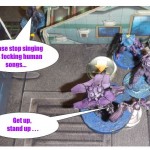 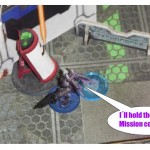 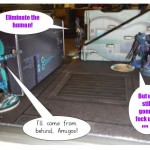 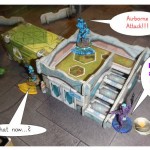 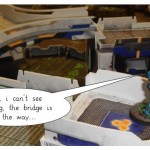 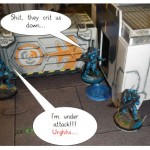