Only Our Enemies Leave Roses

Effendi won initiative and since the armory gives such a big advantage going second he chose deployment and made me deploy first. Last time I played him he crushed me with a devastating alpha strike from his limited insertion Ramah list so I knew I couldn’t let him counter deploy me AND go first so I took first turn. He deployed his Mukhtar MSV2 standing in ARO so I tried to surprise shot him with my Intruder Sniper. That didn’t work…I don’t remember if we both missed or he made armor rolls…but it wasn’t a disaster because I didn’t lose my sniper. Maybe I did a wound to him — that’s probably what happened. Then I surprise shot him with my Intruder HMG and thankfully that put him down. He also had a Hortlock looking right at Miranda Ashcroft, who I was planning on using as my first turn attack piece, so I shot the Hortlock with my Intruder HMG, too. Fortunately I hit and wounded him. He decided to roll for guts and duck into cover, freeing Miranda. I used her irregular order to get behind cover, but then I realized that if I ran her up onto the catwalk to hunt the remaining Mukhtars I couldn’t actually see them until I was within their shotgun range, which I didn’t like the odds of. So my Intruder Sniper shot down the armory’s door and I used a couple of coordinated orders to get one of my zeros and one of my hecklers in the armory, with my other Heckler and Interventor Killer Hacker just outside of it. I used my lieutenant order to put my Interventor Hacking Device lieutenant into impersonation (learned my lesson from last game) and then sent the Killer Hacker’s fast panda to within 8″ of Leila Sharif. I had two orders left to try and Lightning her…it wasn’t great odds double 9’s because she had redrum and a tinbot versus one 8 because of my lightning and we both missed on both orders.

On his turn Effendi made a very scary attack run with his remaining Mukhtar that I miraculously survived. He run and gunned along the catwalk toward Miranda, but her ODD was money in the bank (plus he got really unlucky) and she actually put a wound on one of the Mukhtar in ARO. He got close enough to shotgun her and that was the end of Miranda. Then he tanked a mine (his other Mukhtar taking a wound) and rushed up to shotgun my Intruder HMG while blast templating one each on my two Jaguars. I miraculously survived that attack, and even got a smoke grenade down on the Intruder. He ran out of orders and put his surviving Mukhtar into suppression.

I scored a point for being in the Armory with my zero and my Interventor KHD.

He hadn’t had enough orders to kill the fast panda so I got another couple shots at Leila and put her down with Lightning. With her threat gone, I used all my group 2 orders to try and spotlight his Hortlock in the core fire team but between tinbot A and good Haqqislam Willpower I couldn’t land it. I layed some mines in the Armory and my Zero grabbed +2 armor out of the panoply. My Interventor KHD ran into the armory, up to the HVT and Datascanned her for the classified. Then I grabbed ODD(!) out of the panoply and ran back out of the room.

On Effendi’s second turn he knew he had to storm the Armory. He killed the panda and charged in with his Hortlock, tanking two mines and killing the Heckler, who instead of contesting the shot dropped a fast panda that ran outside the room. He then tried to discover shoot the Zero who was the last guy I had in the room, but he failed his discover roll! He bounced Silk Spectre’s Oblivion but my Intruder Sniper who could see into the room put him down with double action. The remainder of the Jannissary link then charged into the room, machinegunning my Intruder into oblivion and bouncing another isolation attempt. I revealed my second Heckler but missed his Jammer.

I got 4 points for controlling the Armory at the end of the game, and 2 for getting more stuff out of the panoplies, so I won 8-1.

Good game thanks Effendi I’m sorry (not sorry) your dice were so bad! 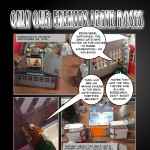 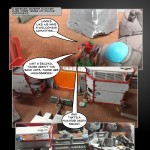 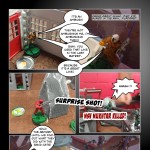 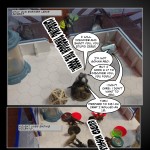