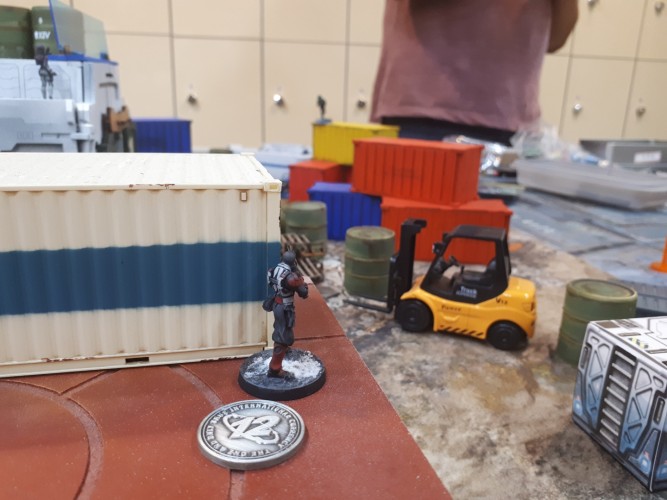 Hail of fire caught bulleteer and helot. "Kill confirmed two of them, path is clear!" Corporal Kuroda shouted out. he came back to containers.

Struggling with Panoceanian wasn't our Intentions. "hey, hey, we are just doing 'legal' shipping!" but yes, AT LIBERTY CARGO. we said sorry about our stealty work and we didn't noticed ealry declaration. but badly, late excuses didn't work. PanO troops are pissed off and form a group at cargo front. 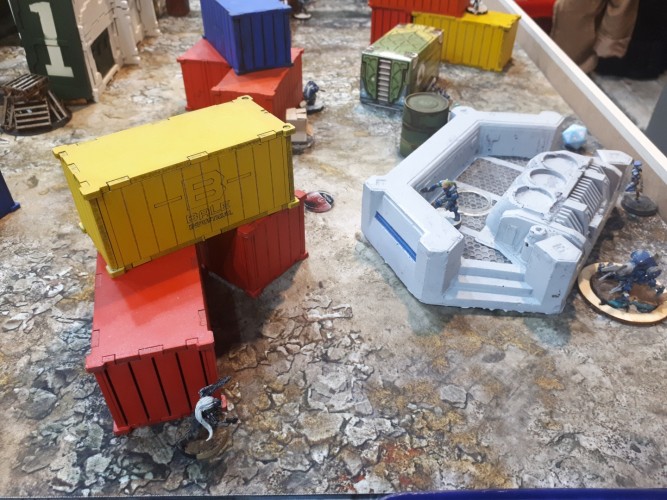 Saito Togan in position at right flank. thanks to Kuroda, with any struggle he found EVO mulebot and auxilia. and take down both easily. 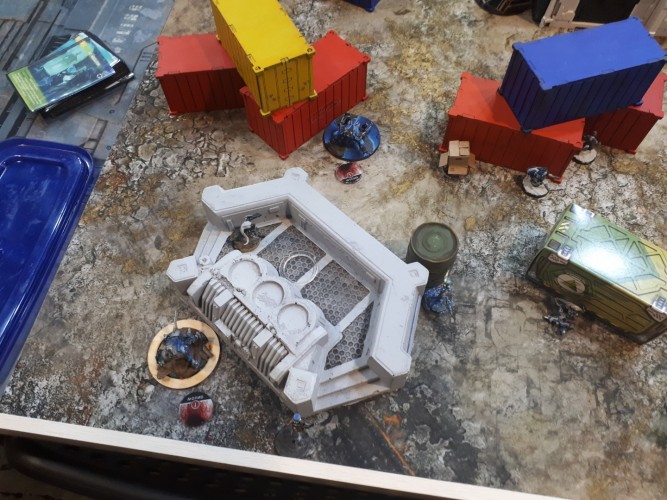 And smoke n' contact to Monstrucker. one swift punch smashed his head. 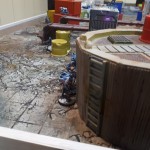 Opposite side of table, another successful flank attack started. Oniwaban Fujikido perform suprise attacks against Joan d'Arc. critical strikes from Martial Arts L3. Joan lost her head. her bodyguards fire at Fujikido but all missed. 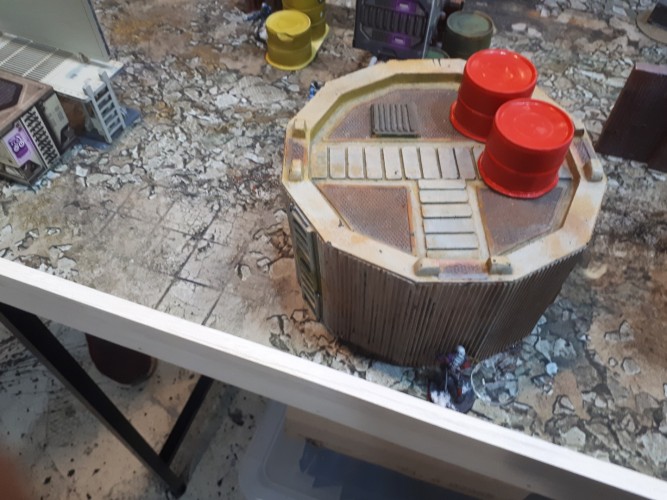 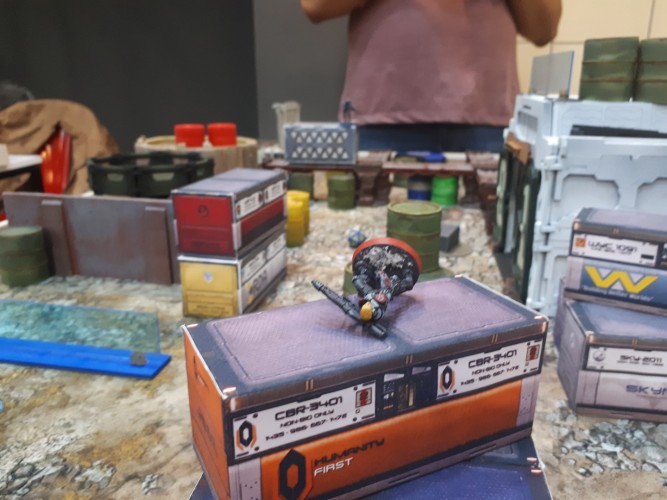 Ryuken is fell into the station while trying to shoot Kamau sniper. 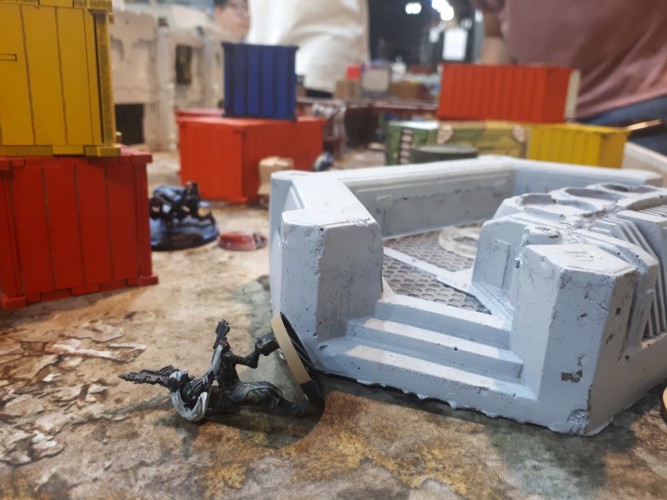 The next turn, Kamau shoots Saito. PanO starting with an Loss of Liutenent, uses some command token to earning some regular oreders. In the first attack, Saito avoids, but allows one wound for the second. 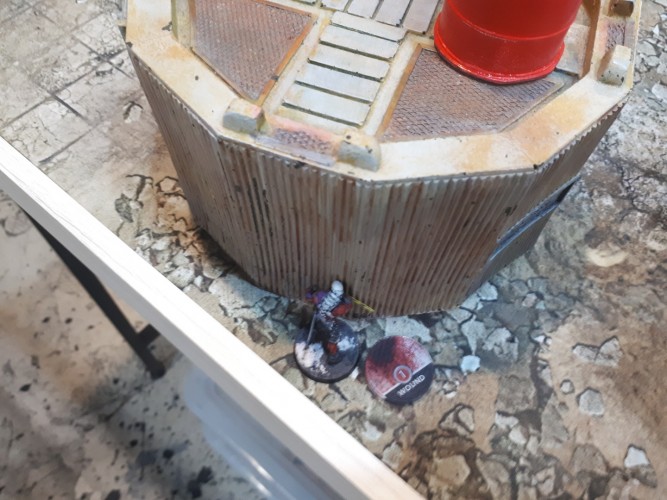 "This is inevitable. I should rest too." by another bulleteer, Fujikido knocks down and go unconscious. 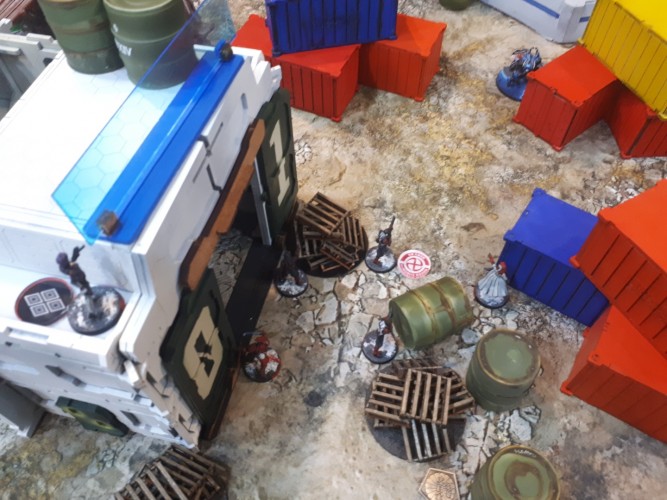 "Those Ninjas efforts should not be in vain! Let's go! go!"

The precious time ninjas earned, led by Captain Yamauchi and Kempeitai Fukuhara, Corporal Kuroda carrying HMG to frontline. team moves forward to the right side that Saito has arranged. 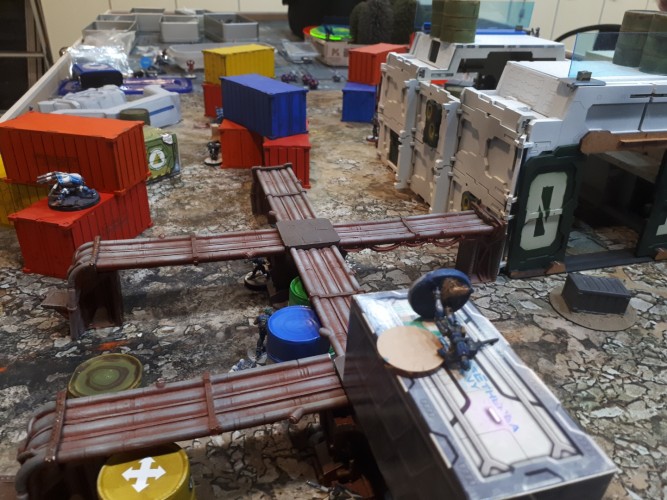 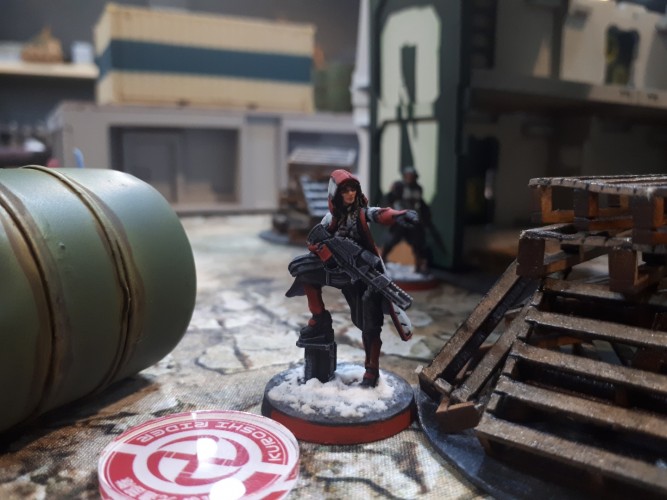 "Well done! but stand here! we are not enough time to go further." fireteam retakes the defensive position and prepares for the final counterattack by Panoceania. 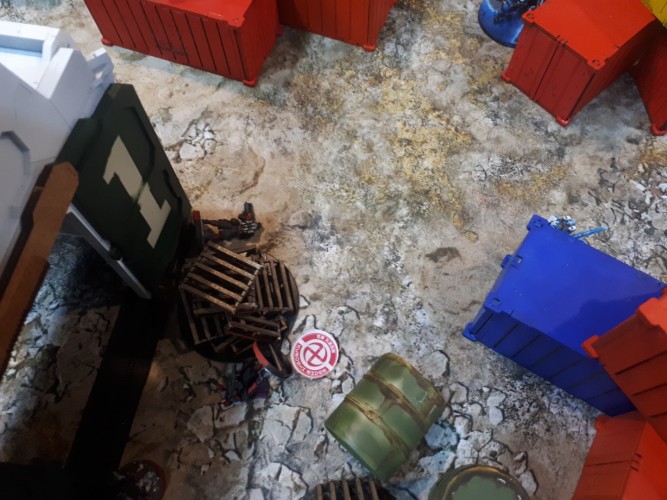 The final card of Panoceania is the Knight of Santiago. Attempt AD2 descent with local special rules to catch the side of the team. he taking one wound by Corporal Kuroda's outrageous pistol shooting, he calms down and defeats the Corporal, the Kempeitai and another Keisotsu. only remains at the Knight's eyes is Captain Yamauchi, the enemy liutenent. 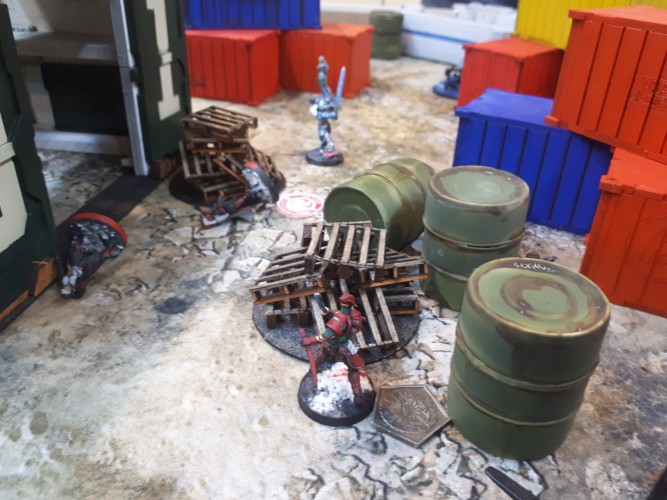 The captain endures shooting and frustrates the Knight's last attack. at the end of the turn, Ryuken agent came out from the roof of the building, fired an SMG and knocked down the Knight. at this moment, the Panoceanian army surrendered.

Greatly accomplished ninjas were placed side by side in an ambulance, and the rest of the Japanese soldiers returned to the warehouse to do what they were doing. Captain Yamauchi turned to the wounded ninjas.

"Without yours achievements, we would have been a very hard day. Thank you for yours help."
"Just lucky." Fujikido smiles thinly. "You and those men made ours works trully sucssessful."