Grasping at Supplies in the Main Strip

Having heard of vital supplies being hoarded in the Main Strip, Sun Tze ordered his troops to secure the vital objectives being held in NA2 territory. The only problem being those anarchists of the Durrati Taskforce had the same idea.

Sun Tze once again was left no choice but to deploy his troops and make a lightning strike to secure the supplies. Luckily reinforcements had finally arrived. The new crew included a Hac Tao, a Tiger Soldier, and a Kanren from the Counter-Insurgency section of the Imperial Service.

As the battle begins, Sun Tze gets vital intelligence that the one of the Leaders of the Durrati, Captain Anarchy, was leading the anarchists.

The mission just got much tougher. 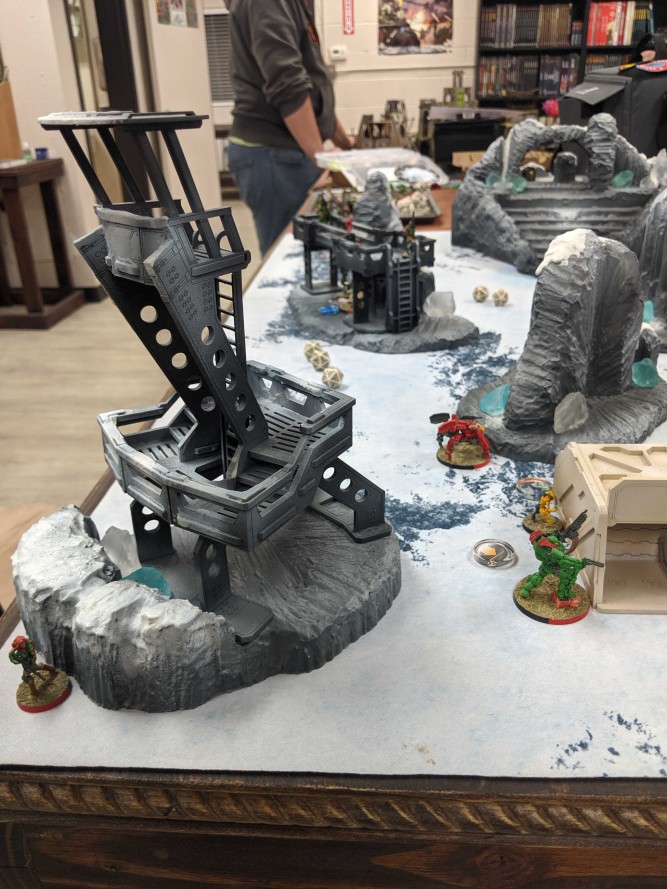 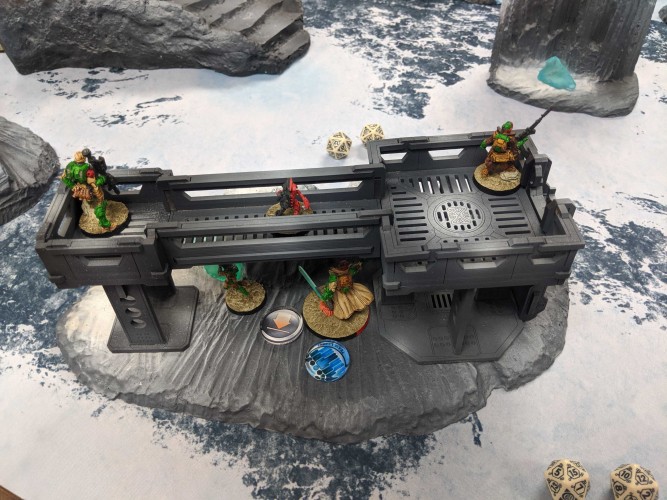 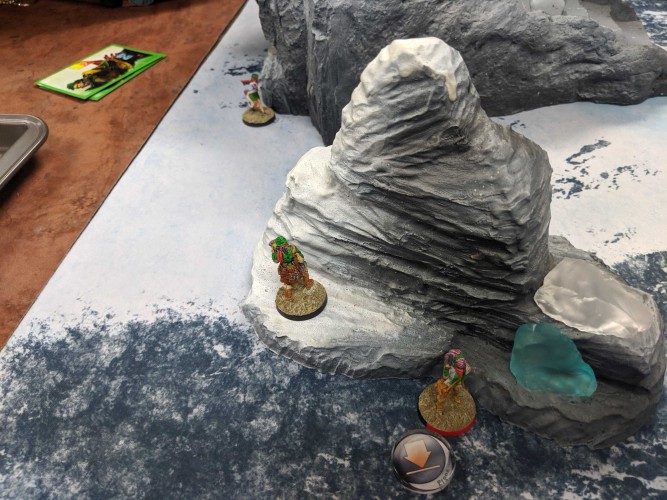 Left side of Ramah's Deployment Zone 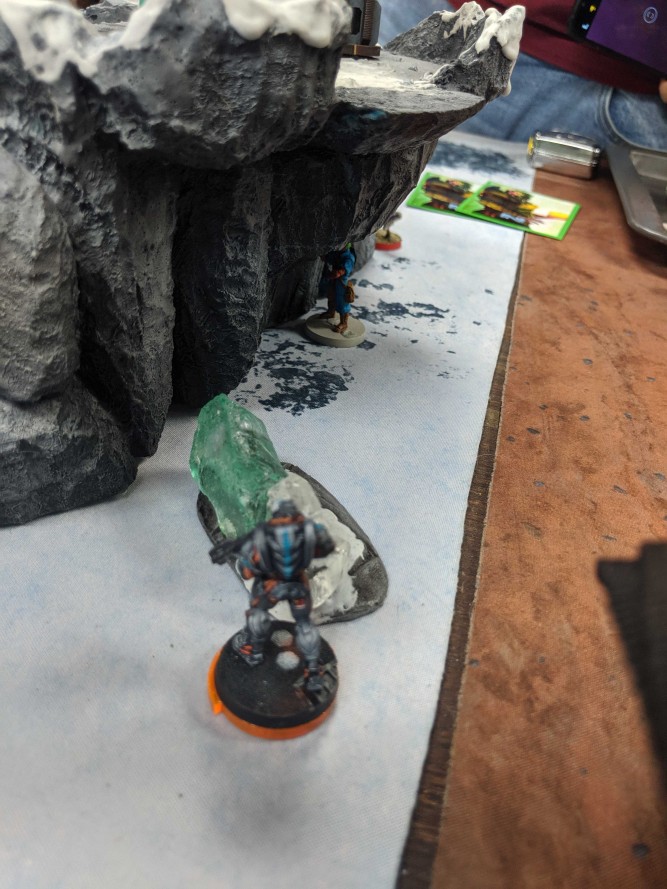 Hac Tao moving down the flank. Takes out the Mukhtar 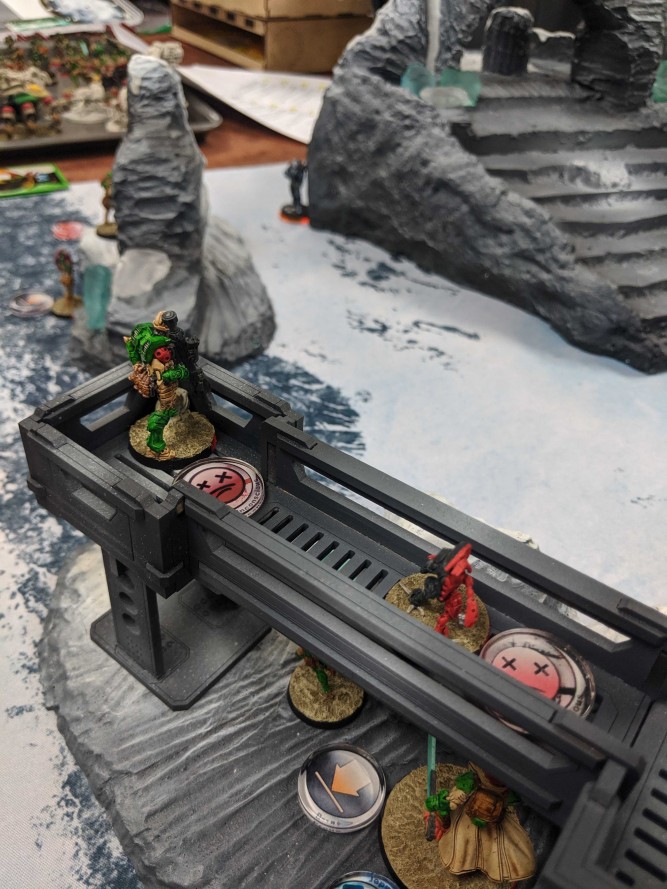 Hac Tao continues moving down the flank, taking out the Monstrucker, Missile Launcher, and the Doctor Bot 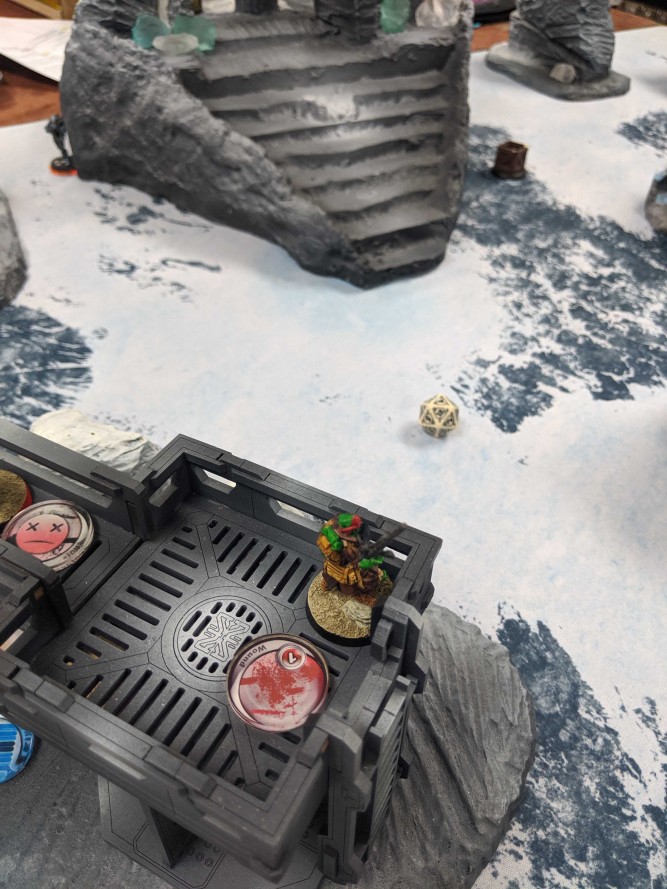 Hac Tao continues his run putting a wound on the Hortlak sniper. 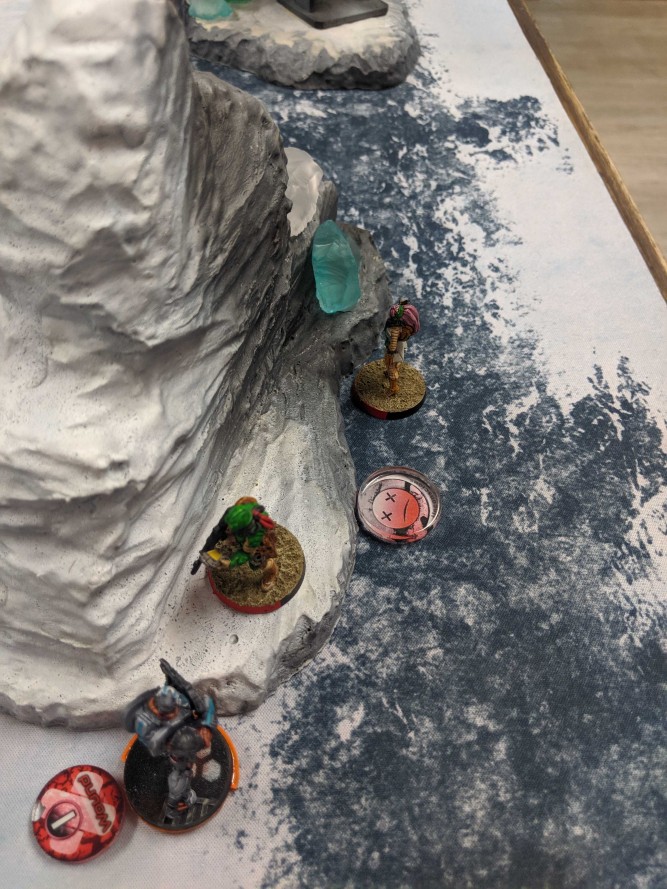 Hac Tao moves across the gap. Takes a wound from the sniper, but takes out a Doctor.

My Round 1 ends there. The Hac Tao was slowed down by the sniper refusing to die. Unfortunately I was one order short of going into suppressive fire, which would have been ideal.

I overextended a bit there, as I had to remove the doctor and at least 1 helper bot, but I feel like it was a decent trade there. 4 orders for the Hac Tao.

Still, wish I had one more order there. 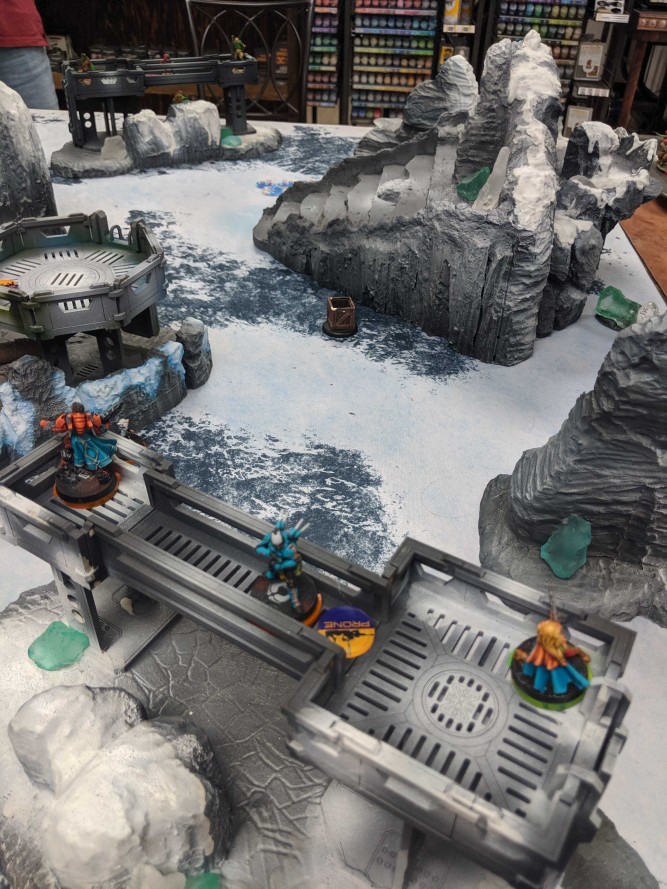 Lunah reveals to attack Tarik, with Sun Tze providing flash pulse back up. Lunah gets a wound on him, but he shrugs off the flash pulse. 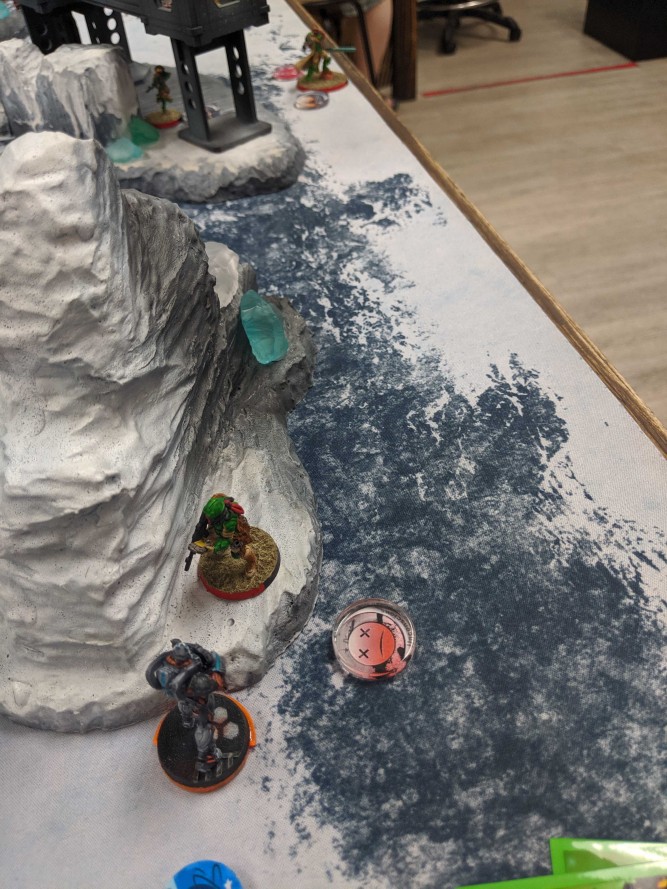 Tarik removes the Hac Tao, but is flash pulsed by Sun Tze, stopping his run. 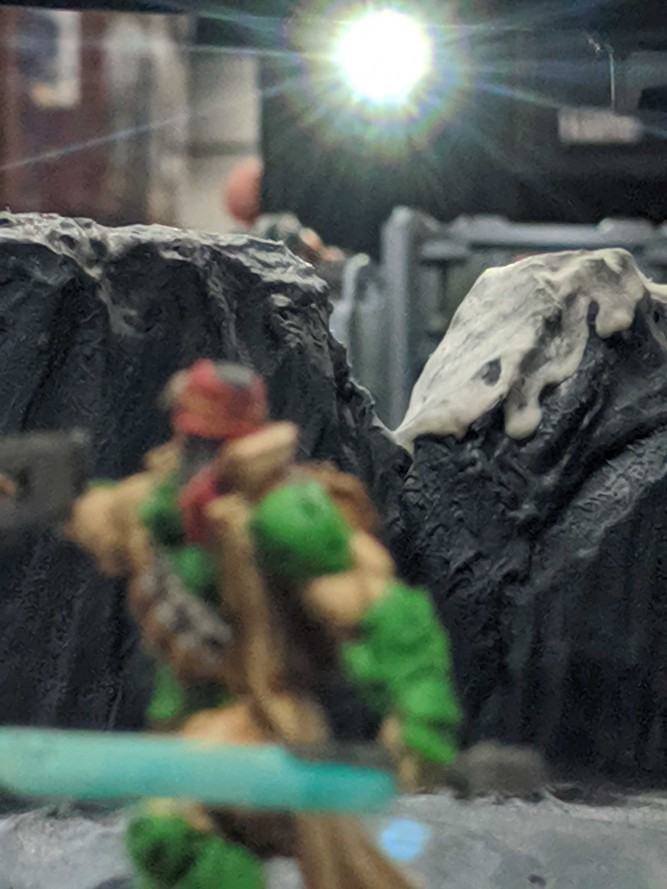 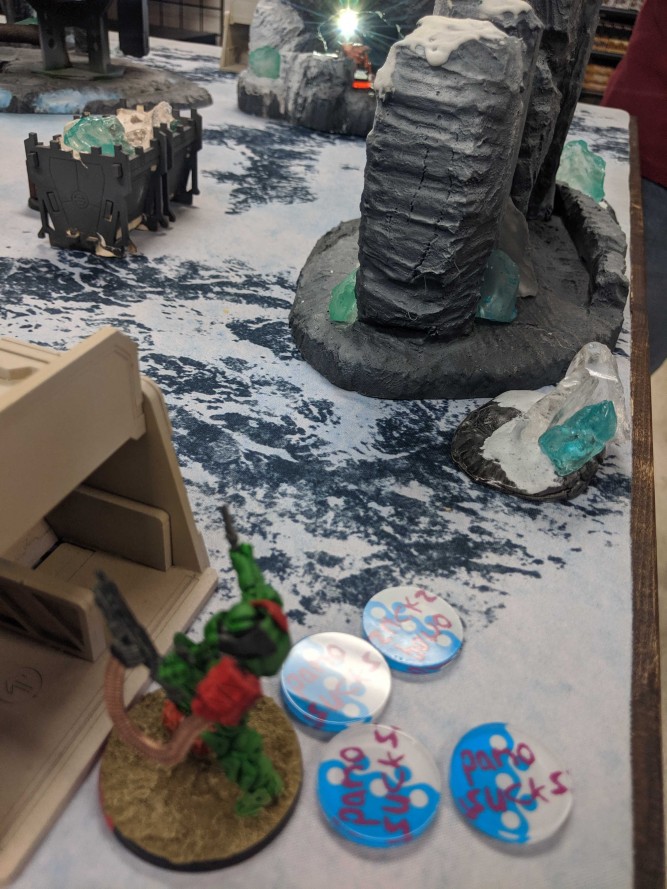 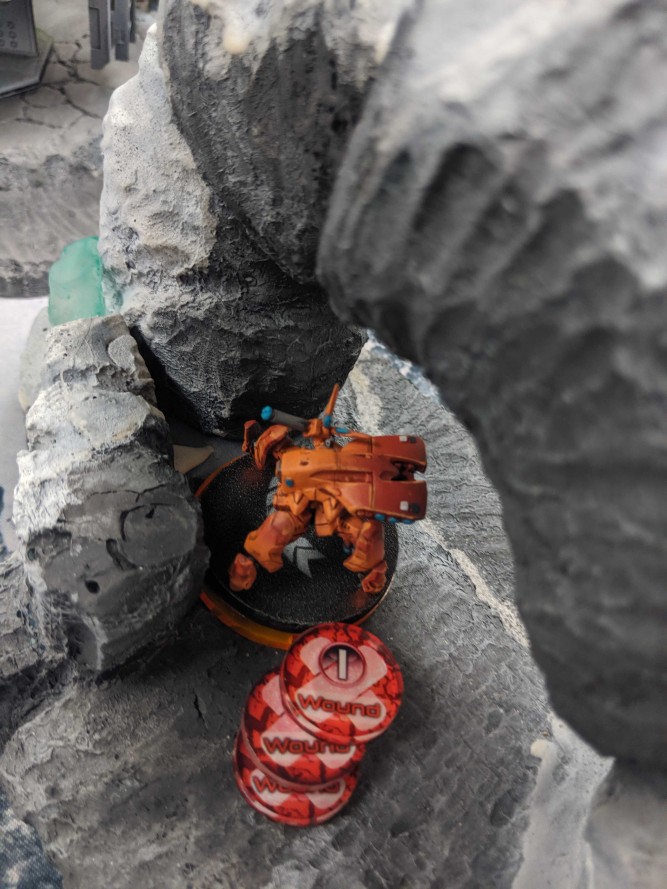 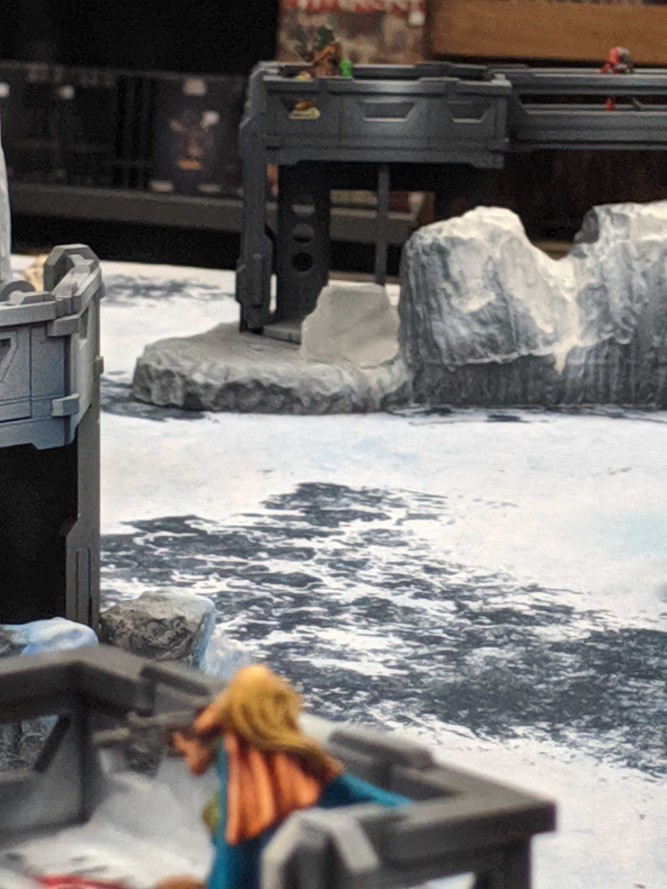 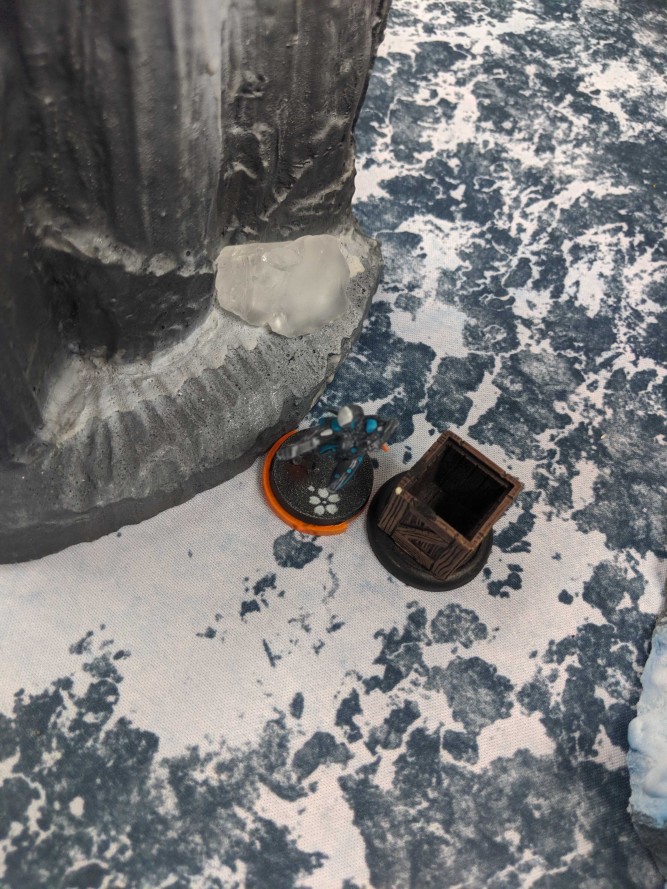 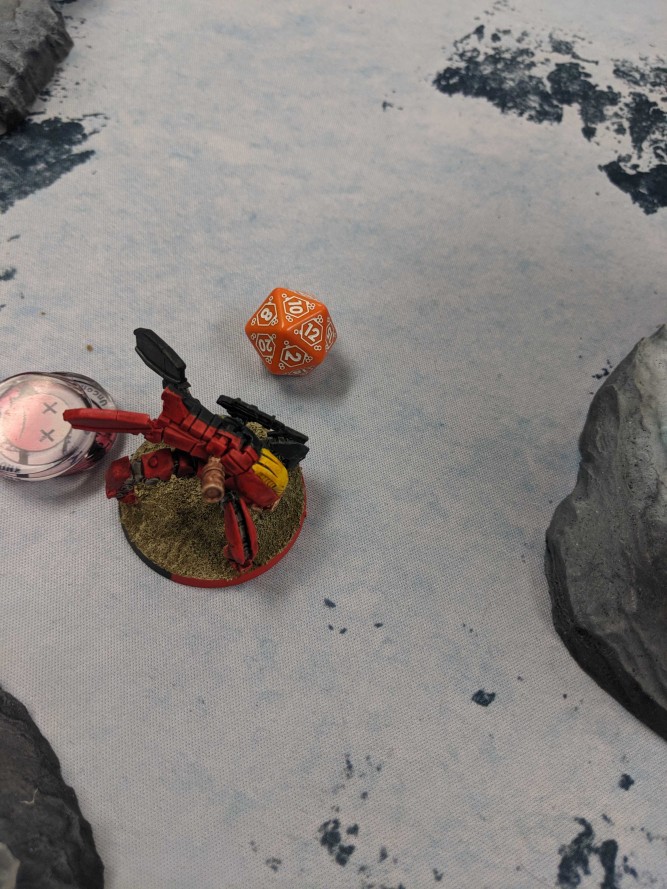 Tiger Soldier walks on the board and first order scores a critical against his Toolkit bot. 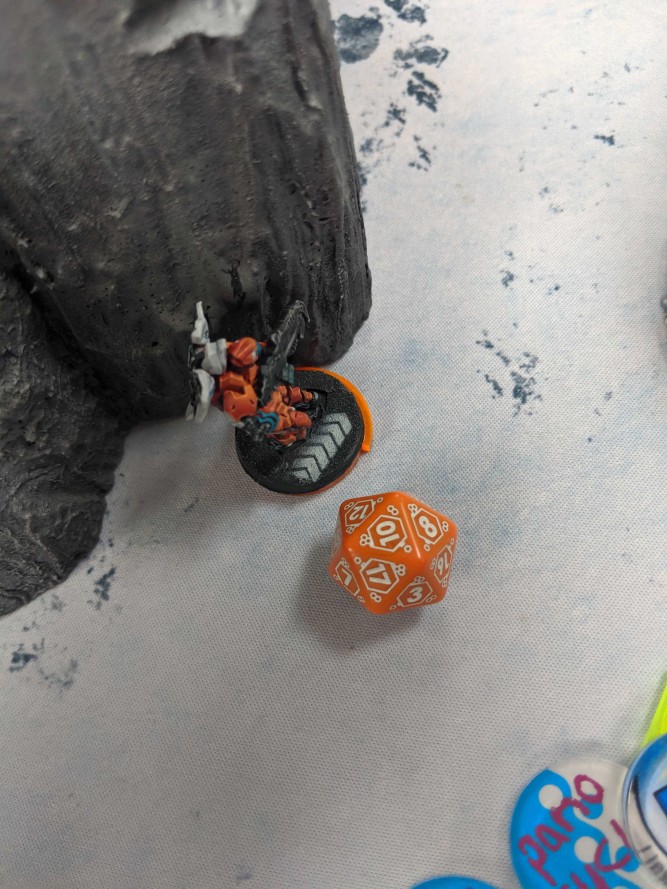 Tiger Soldier and his critical! Takes out the Hortlak Sniper. 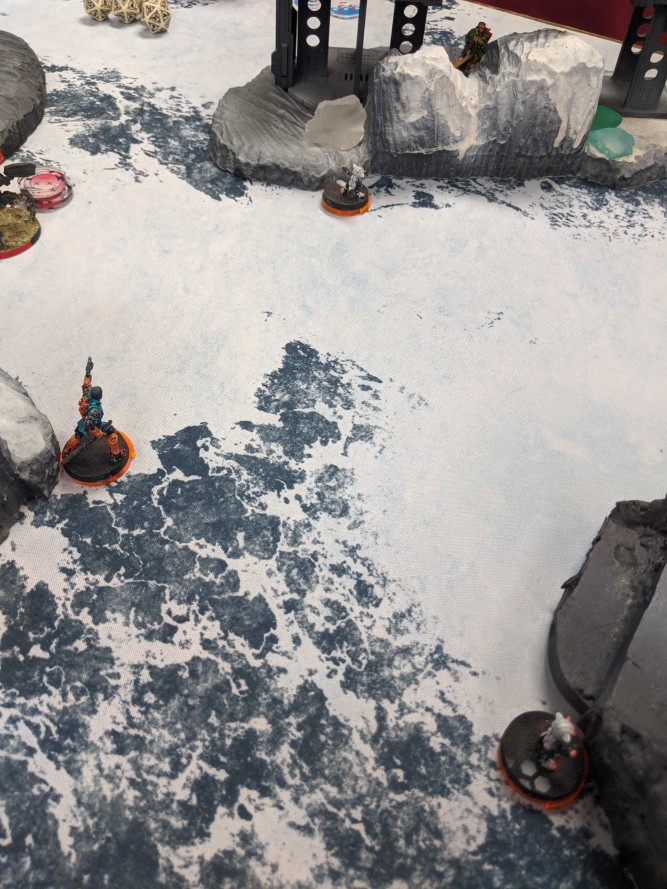 Spend the last few orders of my second turn moving the Kanren and friends to harass Tarik.

Once again I'm wishing for another order to put some guys into suppressive fire. But on the whole a strong 2nd turn. 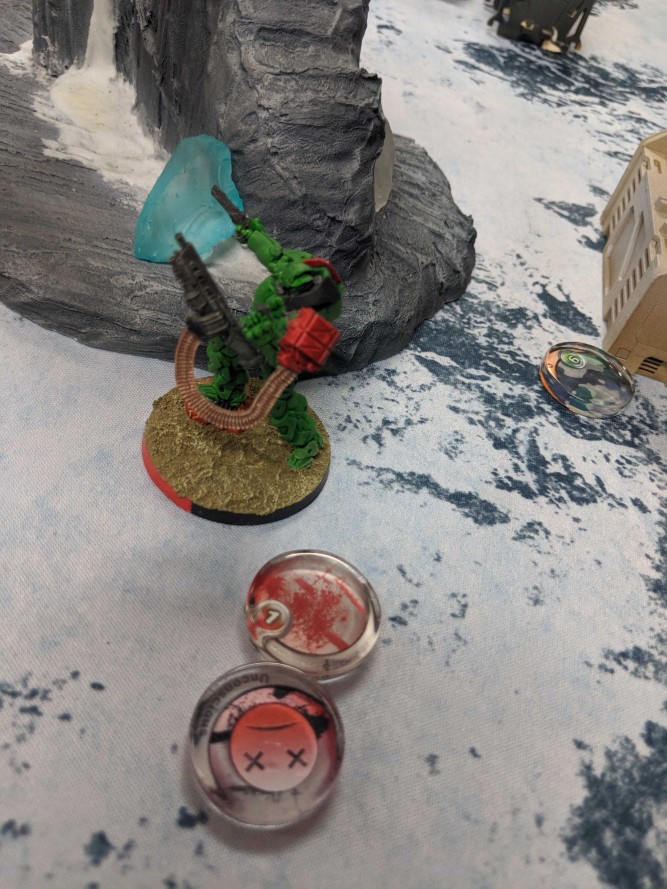 Al Fasid takes out one MadTrap and the Kanren, but falls to the Tiger Soldier. The MadTraps working overtime here as one tanked an armor save. 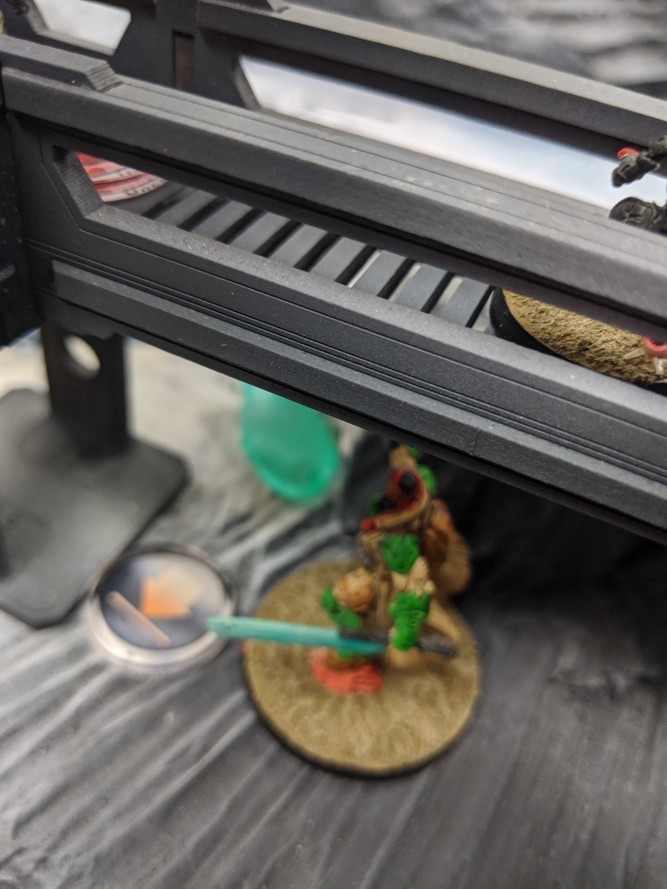 Tarik successfully dodges the other MadTrap, Jeff's luck is beginning to turn. 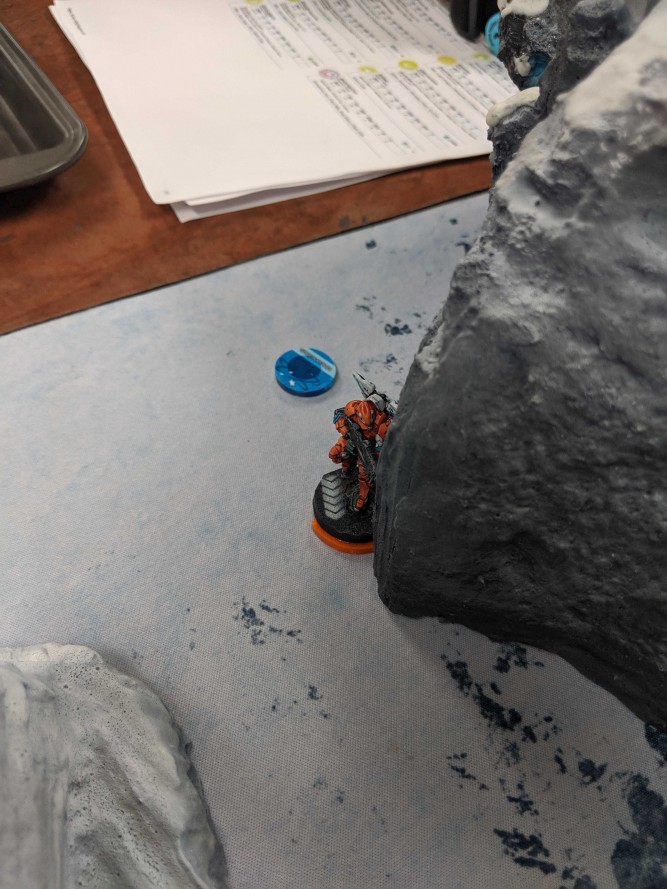 With Tarik's last order he takes out the Tiger Soldier 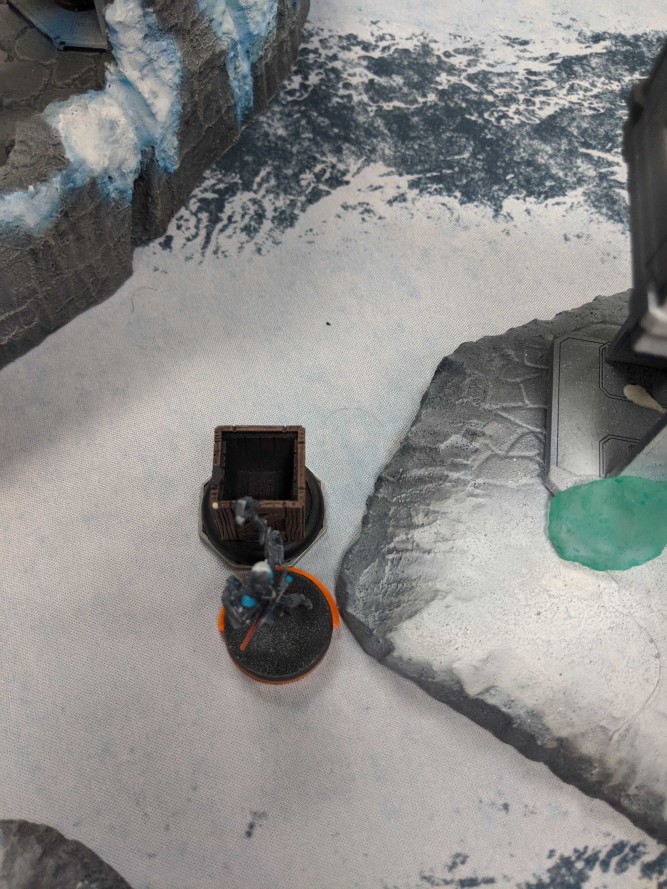 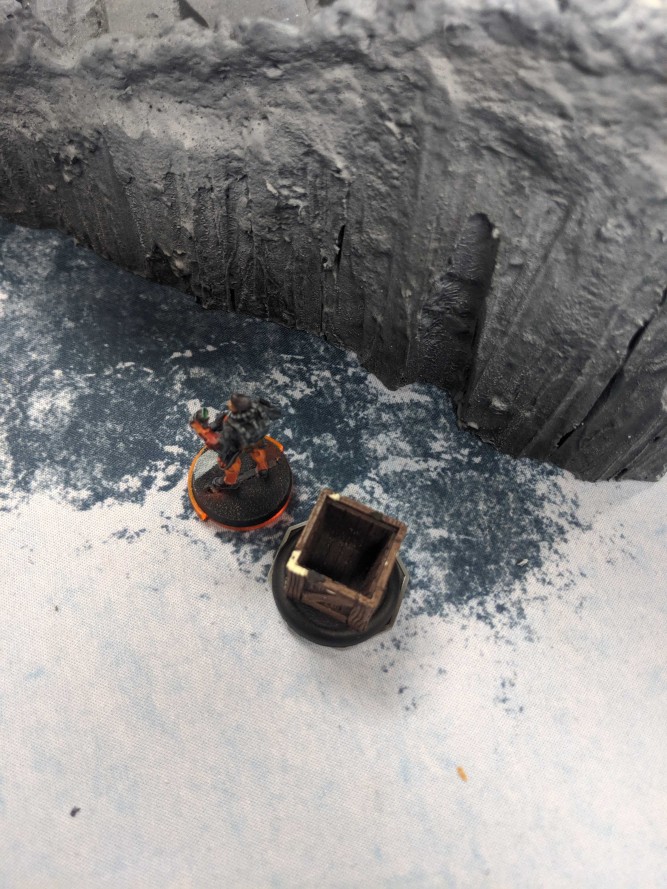 Mech Engineer takes 2 orders to secure a supply box, which prevents him from getting into total cover.

With Jeff's last turn he has 2 orders as he is in retreat. I totally misplayed my last turn. Thinking that he would still get his 2 Lt orders, I spent time getting 2 boxes, instead of just securing one.
My second huge mistake was I didn't get either the Mech-Engineer or the Ninja into total cover, and gave Tarik and opportunity.

With his first order he super jumped to see the Mech-Engineer and successfully hits and kill him, one box down. Unfortunately for me, Sun Tze totally flubbed his flash pulse roll.

With the last order of the game, Tarik super jumps again to take a long shot at the Ninja. The Ninja dodges, rolling a 2. Tarik at -9 needs 4 or less, and he ends up rolling two fours. and I drop the second supply crate.

It's a pretty big kick to the gut to come away with a draw in this game, as I had many opportunities to snag 1 of my 2 classifieds, but miscounting orders was my downfall.

All that said, what an epic end to a game.

I hope you enjoyed the batrep!